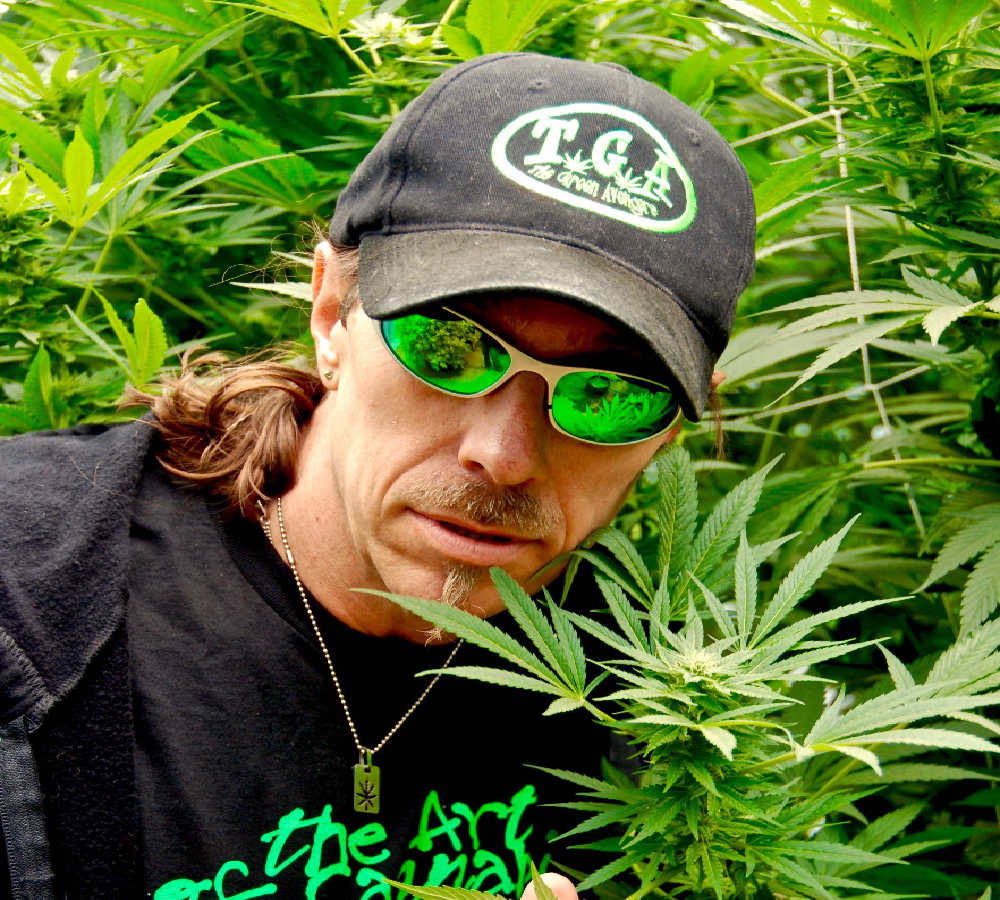 I’ve grown marijuana seeds from all the top strain breeders worldwide, but seeds from North American breeder Subcool TGA Genetics give me the best germination rates, phenotype reliability, and the most interesting highs.

Subcool—with his Weed Nerd YouTube series and his ubiquitous presence at cannabis trade shows and harvest festivals– is a marijuana seed breeding legend.

But he’s battling for his life against a genetically-inherited illness known as Alpha 1-antitrypsin deficiency (A1AD).

I noticed a couple of years ago that Subcool was struggling for breath. He revealed he has COPD (cardio-obstructive pulmonary disorder), sometimes known as emphysema.

With Subcool’s condition worsening and our readers requesting we interview Subcool about his health, marijuana seeds, and life, we did a recent interview to see how he’s doing…

BigBuds: Subcool, the most important question is how’s your health.

It’s passed from parents to their children through their genes, and creates serious lung disease in adults. It can cause liver disease at any age.

This disease creates serious shortness of breath, but it’s also a liver disease, and mine has progressed pretty rapidly.

The bottom line is I’m slowly choking to death, but there’s little I can do about it.

There’s no cure for this genetic condition, but I get weekly infusions that prolong my life.

Problem is, the infusions are incredibly expensive. My health insurance cost more than my mortgage.

Let’s hope the new president can fix the ridiculously high cost of health insurance and medications!

Ironically, given how much I love to inhale cannabis, this damned disease makes it unhealthy for me to smoke weed or even be around people that do.

Because of this I’ve become somewhat isolated. People used to love to visit and get high with me. But these days, people rarely visit, because they can’t smoke or dab around me.

I also have to watch out for contact with people, because I’m very susceptible to colds and flu. I tend to do most of my work via e-mail and social media.

BigBuds: How did you get your start as a marijuana seeds breeder?

Subcool:  I made my first marijuana strain as a tribute to a friend who passed away 16 years ago.

It was very rewarding to do marijuana seeds breeding, and the strain was really good, so I started crossing my mother strains to other cultivars.

My second hybrid was “JCb,” a Blueberry hybrid, but I quickly found out Blueberry isn’t the right strain to outbreed to.

My biggest quest is to procure incredible male plants that I use to breed to my female motherplants.

Subcool:  Yes, my primary original goal was to create a line of marijuana seeds that grew out to be high-yielding, fruit-flavored hybrids.

The first fruit taste and scent we perfected was lemon.

Then came grape, cherry, and orange.

Pretty soon, we were working with chocolate tastes and scents.

I was so excited about these cultivars and I gave them out to other professional growers to see what they said.

People told me they loved these strains. Not just the taste and scent, but also their new kinds of highs.

We started selling our seeds at the Cannabis World auctions, but I never lost my passion for giving away free genetics and that led to the Subcool TGA marijuana seeds tester program.

Before we release any new strain, we send it to our army of Weed Nerds. They grow out the seeds and give us feedback.

We won’t release any new strain until we’re absolutely sure it’s a winner.

BigBuds: When I share bowls of your buds with people, they often say, “This Subcool stuff kicks ass on the usual Jack Herer, Super Silver Haze, Chemdawg, and Blue Dream strains that everybody grows.”

My conclusion is many of the most popular strains were rushed to cannabis seeds retailers without much care or development.

I don’t think Girl Scout Cookies, Gorilla Glue, or Blue Dream live up to their hype.

I did find a very useful Jack Herer.  We used it as a breeding mother to greatly improve its genetics and add unique traits so we have a series of fine strains based on it.

BigBuds: When people ask us why we write about Subcool and TGA so much,  we explain that there are very few reliable marijuana seed breeders… you’re the most honest and professional one we’ve found. So what’s your take on the marijuana seeds industry?

Subcool: When I got into the cannabis breeding business there were very few companies.

Now anyone with a med card thinks he or she can be a cannabis strain breeder.

There are hundreds of new unproven companies and strains out there.

Most of these newbies are ‘pollen chuckers.’ They literally just throw random pollen into the fan in a room full of females, and sell the seeds that result.

Unsuspecting growers buy these marijuana seeds, but when they don’t get what was advertised there’s little if any recourse.

The grower is stuck with mediocre, crappy plants.

Another scam that affects growers and me personally is some people are taking my cultivars such as Timewreck, Agent Orange, and Vortex and using them to breed ‘new’ strains without even mentioning they’re using my cultivars.

It’s not my style to shame marijuana seeds industry people by name, but I’ll tell you this much: there are marijuana seeds breeders who I not only taught how to breed but featured them in my marijuana media content to help them launch their companies.

And yet they don’t have the honesty of acknowledging in their marketing that their genetics are derived from my strains.

BBM: We’re putting a collage with photographs of all your strains in our article…

Subcool: If you love mouthwatering photos of delicious buds, check out my book Dank 2.0. 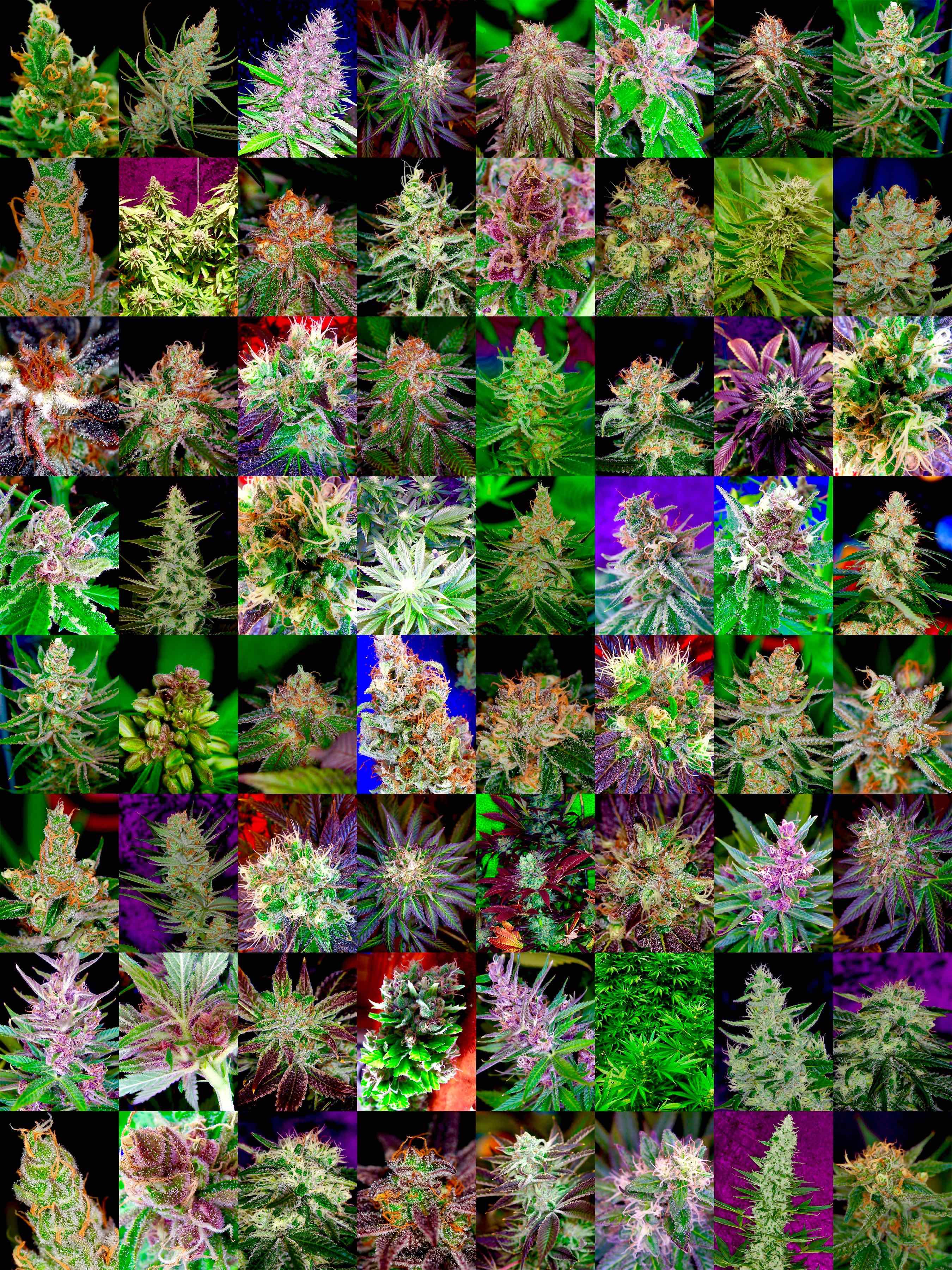 Subcool: The biggest mistake is when people choose what they describe as ‘the most vigorous’ male to use as a pollen donor.

What they don’t realize is what some call ‘vigor’ in male plants is often a sign of low-potency hemp genetics rather than high THC genetics.

I believe male cannabis plants in a breeding program are largely responsible for vigor, potency, pest resistance and the plant’s physical profile and structure.

Robert Connell Clarke, the legendary marijuana researcher and author of Marijuana Botany, agrees with me on the importance of male marijuana plants in determining crucial factors in strain development.

BigBuds: What TGA strains were most challenging for you to create?

Subcool: For every strain we release, there are many others we discard, because they’re not good enough for our grower friends.

Jack’s Cleaner kicked my ass to be honest. I made several versions of Jack’s Cleaner and Jack’s Cleaner backcrosses, and a few males, before I created Jack the Ripper and backcrossed her to the motherplant, and in so doing created the best sativa Strain around.

I also spent a huge amount of time creating Querkle, working with Mendo Purps and several other California Purple strains before I found the original Urkle cut. I then crossed her with Space Dude to create Querkle.

BigBuds: We’re seeing massive political shifts, more states passing so-called legalization, and corporations like Scotts Miracle-Gro trying to take over the cannabis industry. What are your predictions for the marijuana industry’s future?

Subcool: I don’t know if anybody totally understands the implications of these newly-passed marijuana laws or the push for corporate and government control of the marijuana industry.

I worry about big money coming in and trying to put companies like mine out of business.

I have consultants and attorneys, and supposedly I should be getting permits and doing other stuff, but even they don’t know what will happen.

I heard that the largest marijuana seeds producer in the U.S. spent a ton of money to get permits before stricter laws passed, but haven’t been able to verify it for sure.

BigBuds: How many marijuana seeds have you sold and given away?

Subcool:  I estimate that via sales and giveaways, I’ve distributed a million or more marijuana seeds!

BigBuds: My last question is, do you have a favorite TGA strain?

Subcool: It’s Cuvee! This strain tastes like chocolate, and when grown outdoors it matures the first week of September, so you can have it cut, dried, cured, and sold long before other outdoor growers have their retail buds ready.

My second favorite is Space Bomb. It makes amazing hashish that’s as fine and pure as the whitest beach sand.

BigBuds: Subcool, on behalf of the entire BigBudsMag.com team and tens of thousands of growers worldwide, please remember our prayers and best wishes are with you.

Subcool: I’m grateful to everyone who grows TGA seeds and for all the kindness people have shown me.