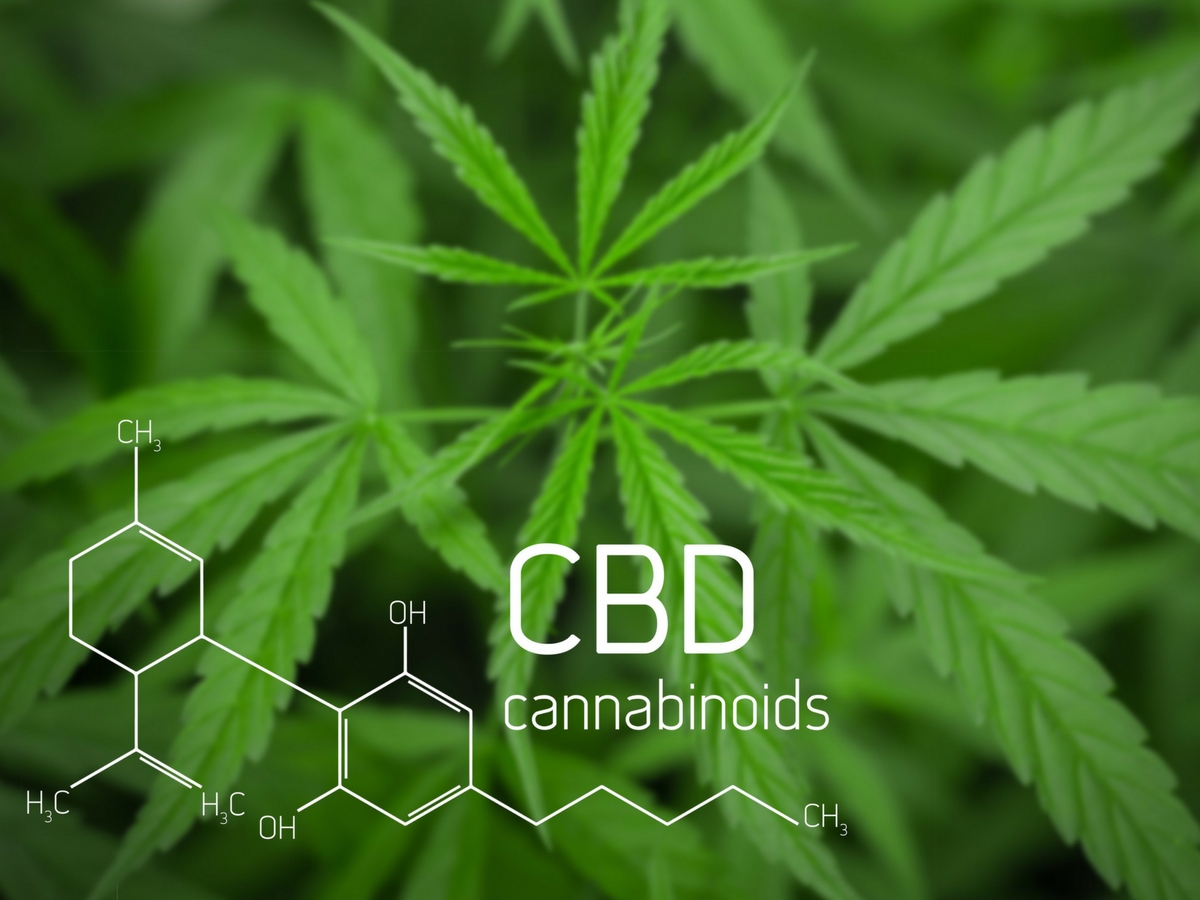 Those of you who are already familiar with cannabidiol (CBD) know that it’s helpful in reducing anxiety. But did you know it may also help curb addiction relapse?

There’s mounting proof of this principle when CBD is tested on animals. Last month alone there were two studies published on drug-addicted animals and the effects of such cannabis-related treatments. One study in particular had an unexpected finding.

Published by the Nature Journal, the study demonstrated the treatment of cocaine- and alcohol-dependent lab rats. In the experiment, not only did the CBD successfully reduce the risk of relapse in the animals, it also found the treatment effects lasted well beyond the one week of treatment.

The second study, published last month by peer-reviewed journal Planta Medica, showed how CBD could also be used as an effective treatment in significantly weakening addictive behaviors in morphine-dependent mice. This is great news for the cannabis industry and medical marijuana patients alike, as the results reveal that CBD could be a viable option to treat most drug dependencies.

In order to look into the anti-relapse potential of CBD, the study published in the Nature Journal administered the treatment transdermally (i.e., through absorption of the skin). It’s interesting to note how the CBD medicine was given, as many online CBD retailers, such as Mary’s Medicinals and Mary’s Nutritionals, already offer such products for sale.

In fact, Mary’s chief scientific officer Jeremy Riggle, Ph.D. said in a recent statement that his team has from the beginning been committed to exploring cannabinoid science and producing novel cannabinoid innovations to bolster these findings for consumers.

“In addition to having a chief scientist, which is my role, and a team of scientists on staff, Mary’s routinely sends us to cutting-edge, cannabinoid-science-focused conferences so that we are up to date on the latest research discoveries,” he says.

The cannabis and medical communities are always looking for new and innovative ways to use CBD to treat people for a variety of ailments. However, until these studies can legally be performed on humans, the efficacy remains subject to debate.

Mary’s Medicinals is a leader in the CBD product industry and Riggle indicated the problem with government-funded research into the effects of CBD on humans is down to too much red tape.

“Until the federal government allows comprehensive, double-blind, randomized, placebo-controlled studies on human populations, these studies will continue to pile up without any action or validation,” he’s lamented.

For now, let’s dive a bit deeper into CBD and how it differs from the more widely known and psychoactive tetrahydrocannabinol (THC).

What Is CBD And What Does It Treat?

CBD is short for cannabidiol. It’s a cannabinoid found naturally in cannabis and it affects the endocannabinoid system in the human body, specifically the brain and central nervous system. The most notable difference between CBD and its close relative, the compound THC, is that CBD is unlikely to result in any psychoactive high for the consumer.

Because CBD is found in the hemp plant and many US states are increasingly passing pro-industrial hemp legislation, hemp-infused product manufacturers have more freedom than cannabis product manufacturers, who chiefly grow the plant for marijuana consumption. Being able to sell products online and ship them nationwide is a game changer, and it allows for plant-based remedies to quickly and easily reach those who need it most. Even legislators in the conservative South believe CBD possesses medical benefits and in turn have passed many CBD-only laws. Doing so has given patients access to the therapeutic cannabinoid, while continuing the ban on its lit cousin THC.

If you’re interested in trying it out, you may want to look into that aforementioned cutting-edge work on the CBD front being conducted by Mary’s Medicinals, which was the first company to release products containing lesser-known compounds derived from the plant, including THCA, CBN and CBC.

Speaking of the brand’s recently released 1:1 CBN:CBD Blend distillate and vape kit, Mary’s Medicinals co-founder and CEO Lynn Honderd said, “We’re proud to bring another novel cannabinoid combination to the market as a result of our in-house science team’s fierce dedication to research and desire to uncover the power of whole-plant remedies.”

More About The Transdermal CBD Study

The authors of the study in the Nature Journal broke down into four feelings the behaviors associated with relapse. They are:

The researchers looked for behaviors associated with these feelings as indicators of how successful the CBD treatment was.

The animals were introduced to a voluntary daily dose of alcohol or cocaine through self-administration, which led to measurable addiction-like behavior. It was then that researchers administered a daily CBD-infused gel for one week while recording the animals’ behavior, specifically their stress levels.

It turned into another victory for the argument in favor of CBD as a treatment for addiction. As a bonus, the researchers performed additional tests and found that even though the CBD was completely gone after three days, the rats continued on the straight and narrow for up to five months.

Friedbert Weiss, one of the authors of the paper, wrote, “The efficacy of the cannabinoid [CBD] to reduce reinstatement in rats with both alcohol and cocaine – and, as previously reported, heroin – histories predicts therapeutic potential for addiction treatment across several classes of abused drugs.”

The fact is, that the animals were less likely to relapse if they had CBD treatment is proof in support of the potential of CBD in relapse prevention in humans.

Weiss went on to explain that there are triggers that cause recovering addicts to relapse, but CBD was beneficial for all of the triggers researchers tested. Besides stress and anxiety, there are things called drug cues, which are anything a recovering addict associates with their drug of choice.

It’s exciting news, but now more research is needed on what’s going on with the endocannabinoid system (ECS) and addiction. In the end, the scientists agree that CBD worked to treat addiction in the lab rats as the rodents were less likely to relapse, even in stressful situations.

The growing interest in CBD and cannabinoid-related studies is encouraging, as there are more published studies now than at any other time in history. As the industry and medical communities continue to work toward establishing cannabinoids as a therapeutic medicine for the treatment of anxiety, cancer, inflammation and chronic pain among many other ailments, it’s only a matter of time until the federal government removes the ban on cannabis and scientific human trials.

The political implications of the studies aren’t lost on the authors, either. As pointed out in Weiss’s study, “The findings also inform the ongoing medical marijuana debate concerning medical benefits of non-psychoactive cannabinoids and their promise for development and use as therapeutics.”

Overall, together the two studies provide further evidence of the possible utility of CBD for an extremely wide range of human health indications. Riggle also reminds us “that while the outcome of this [Nature Journal] study is exciting, there are literally hundreds of other animal/preclinical studies that have demonstrated the potential of CBD for human health.

“To me, marijuana legalization and the medical application of CBD are completely separate issues,” adds Riggle. “With that being said, I’d like to think that the vast number of studies being conducted, and the mounting amount of evidence, can help move the needle.”

Monopoly Control: Scotts Miracle-Gro Bought Hydroponics Supplier Sunlight Supply — And That’s Troubling. Here’s Why
Triumph Over Adversity: GFive Cultivation Talks The Ups And Downs Of Being A POC In The Cannabis Industry