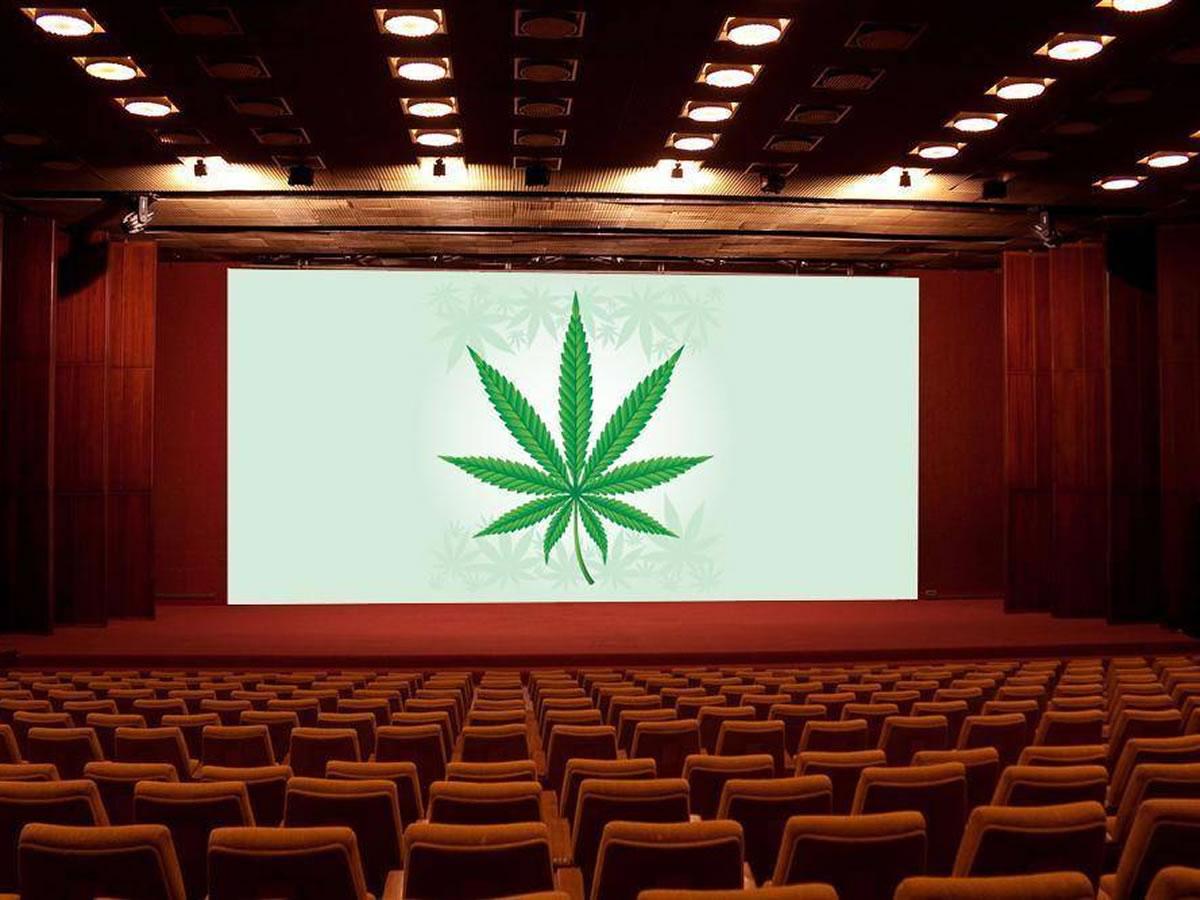 The classic Cheech and Chong film that’s still as hilarious today as it was when it was made.

It was irreverent, in your face, making fun of police movies like this that made the feds so determined to put Tommy Chong behind bars for selling glass pipes.

Audiences fall out of their chairs watching the boys’ antics, and all of us want to smoke a joint like the one you see here, a joint that contains some “really good shit, man”…

A hallucinatory prediction movie that seems to have come true, showing a dumbed-down America, just like the America we have right now.

This movie is a love story, political comment and comedy that’ll make you laugh and cry as you realize this isn’t our future, this is how things already are for us today…

OK, sure you’ve probably already seen this stoner movie, but it’s such a classic stoner movie that I just have to mention it.

Seth Rogen, Danny McBride, and James Franco put it all out there in this one, and the marijuana plants actually look real.

Did you notice the Advanced Nutrients feed charts and products in the huge grow op?

AMERICAN PIE & THERE’S SOMETHING ABOUT MARY

I put these two stoner movies together because they share sexy young babe scenes in common, and because they’re both fall-down-laughing comedies.

If you haven’t seen either of these, great. The first time is always the best.

Be looking for the sperm themes, and the ultra-hot Eastern European high school girl you want to die for.

When a British widow has financial troubles, she turns to marijuana growing to help her survive.

Hey, wait a minute, that sounds like what I did when I lost my job!

Yes, this movie is set in ganja growers’ paradise, and you’ll see lots of marijuana plants and joints. But it’s also a coming of age movie with an intelligent plot and interesting characters…

If you’ve ever eaten too much marijuana edibles, then you can identify with this groovy stoner movie that explores what life is like when you’re fully and totally baked from the inside out.

It’s bizarre that so few stoners have heard of this sweet marijuana movie.

On almost every stoner’s A-list for top marijuana movies, Half Baked brings you Sir Smokes A Lot and a girl named Mary Jane who doesn’t like mary jane.

This stoner movie is a laugh riot, especially when your bowl is filled with a classic Sativa or some full melt bubblehash…

You’ll notice when watching these marijuana movies that they aren’t all about growing or using marijuana.

That’s because my definition of what’s a stoner movie goes beyond how many joints are smoked per hour, or how many marijuana plants are shown.

Funny, creative, counterculture, rebellious, hallucinatory, wild and crazy movies are all what I consider to be stoner films.

So get yourself more than half baked, make some potcorn with marijuana butter, and kick back in front of your HD flat screen to enjoy these great stoner movies. Happy viewing!