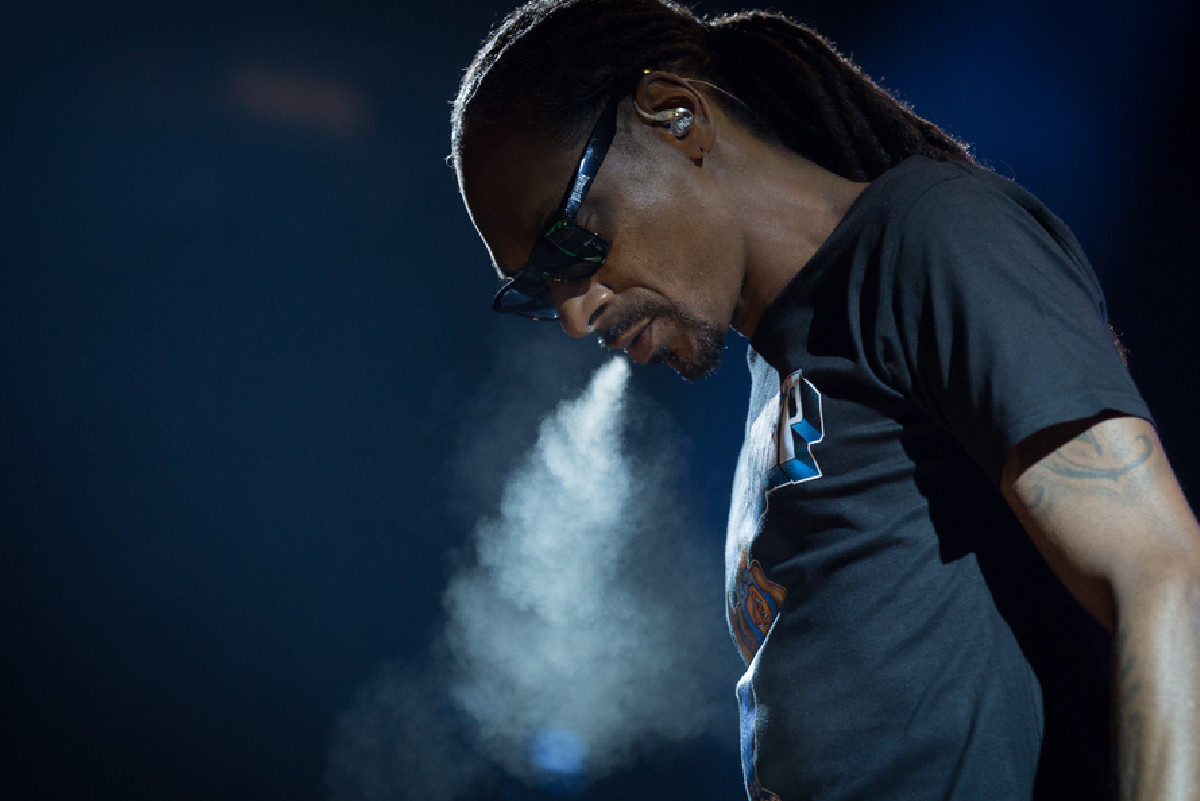 Snoop Dogg has been busy in 2017, and that’s fire for the marijuana community but badbadnotgood for President Donald Trump!

Snoop climbed Mount Kushmore, dropped a set of 16 new songs from his “Neva Left” release, and defiantly broke up his bromance with President Donald Trump.

Neva Left pleases, because Snoop bases his flow on 90’s rap and hip-hop.

He collaborates with Redman, Method Man, B-Real, Devin the Dude, Wiz Khalifa, DJ Battlecat, BADBADNOTGOOD, KAYTRANADA and others to spice the vocals and lyrics.

Mount Kushmore might be the most musically satisfying song in the Neva Left set, but those of us who sell cannabis appreciate the song Trash Bags even more.

These are other weed songs on Neva Left, including weed anthems 420 and I Love Weed, but Trash Bags stands out as a musical mini-movie of what a dealer does with his bags of drug cash.

In the song’s official video, it appears that Snoop Dogg is fake-assassinating a Donald Trump clown.

The Lavender video culminated the breakup of the long bromance between the weed-loving rapper and the weed-hating Trump.

Many years ago, before Trump adopted the persona of a born-again wannabe Mike Pence and a Hollywood-hating right-winger, The Donald was a wealthy playboy, developer, and reality TV star.

He palled around with Bill and Hillary Clinton, sat with hot babes ringside at prizefights at his casinos, and was friends with Snoop Dogg and many other radical celebrities.

In 2007, during the sixth season of NBC’s The Apprentice starring Donald Trump, The Donald encouraged his apprentices to create a rap song with Snoop Dogg.

“You know Snoop Dogg? He’s the greatest,” Trump said. “One of the nation’s best-selling hip-hop artists. And I’ll tell you what, he’s a great guy. And he’s a lot different than you think. You know, you think he’s a wild man? He’s a very, very smart, tough, businessman, in addition to being a great musician.”

Despite Trump’s compliments, Snoop Dogg was brutal when he did his part at the Comedy Central roast of Trump in 2011.

In full Dogg regalia, Snoop hammered away at Trump who was sitting only a few feet away.

Probably the most politically-outrageous comment of the roast came when Snoop said:

“Donald’s saying he wants to run for president and move into the White House. Why not? It wouldn’t be the first time you’ve pushed a black family out of their home.”

Snoop was referring to the fact that when Trump and his father were New York landlords, they were tagged by FBI investigators for “allegedly” discriminating against African-Americans and other ethnic minorities!

In 2016, Snoop Dogg further broke up the Trump-Snoop bromance by announcing he was voting for Hillary Clinton.

Snoop said that Trump’s public racism, and the many white supremacist and neo-Nazi Trump supporters, convinced him that Trump wasn’t what America needed for president.

When Clinton lost, Snoop Dogg lost it too, delivering ripping hits against Trump, such as the rapper suggesting he’d move to Canada rather than endure a Trump presidency.

When Trump was having trouble finding any A-list celebrities and musical artists to perform for his inauguration, Snoop Dogg issued a challenge to any of his colleagues who decided to perform for Trump.

“Which one of you jigaboo ass niggas going to do it? I’m waiting for you to do it, so I can roast the fuck out of you,” Snoop said.

When Snoop Dogg released the Lavender video in March, 2017, Trump supporters including right-wing GOP senators Ted Cruz and Marco Rubio condemned him for it.

Outraged about the video, Trump took to Twitter to say: “Can you imagine what the outcry would be if @SnoopDogg, failing career and all, had aimed and fired the gun at President Obama? Jail time!”

“I put it out because I feel like it’s something that’s missing. Any time I drop something, I’m trying to fill a void. I feel like it’s a lot of people making cool records, having fun, partying, but nobody’s dealing with the real issue with this fucking clown as president, and the shit that we dealing with out here, so I wanted to take time out to push pause on a party record and make one of these records…”

This article includes video of the 2011 Trump roast, as well as an on-stage weed smoke-off between Snoop Dogg and Wiz Khalifa, so inhale some fine marijuana and enjoy.

But don’t expect President Trump to enjoy with you.