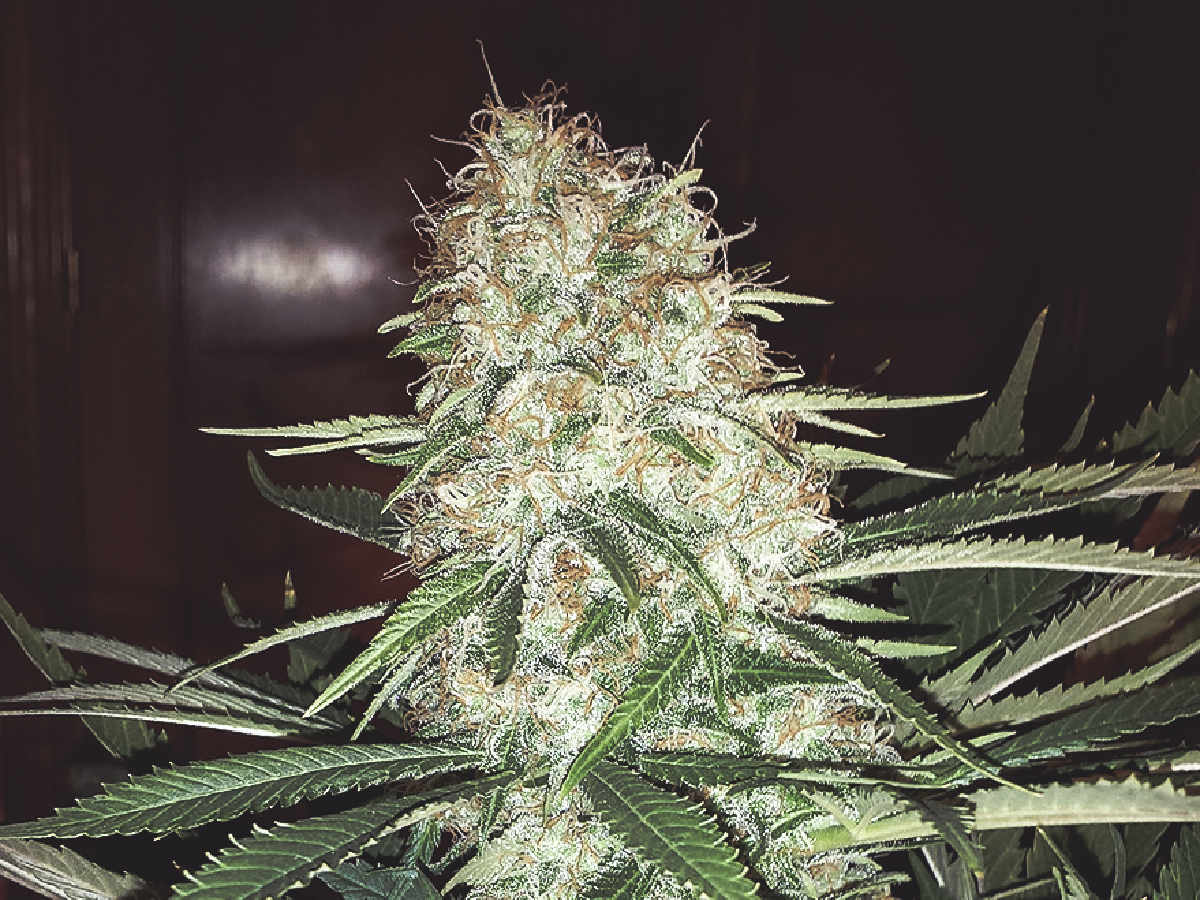 If you’ve started growing marijuana in the past 10 years, chances are you’re growing strains that are vastly different to the foundational strains from which modern hybrids were bred.

When hippies began leading the resurgence of cannabis culture in the West at the start of the 1960s, the few adventurers who gathered landrace strains sourced impressive but simple genetics.

It took decades for growers to interbreed landrace strains to create today’s hybridized versions that are so complex, you can’t accurately describe them as either sativa or indica, because they contain a web of traits that come from all parts of the cannabis genetics spectrum.

When you grow landrace strains, you’re essentially journeying back to a time when strains were noted for one major signature characteristic. And nowhere is this more obvious than with the foundational cannabis strain Skunk #1 which, true to its name, is most famous for its skunky smell. 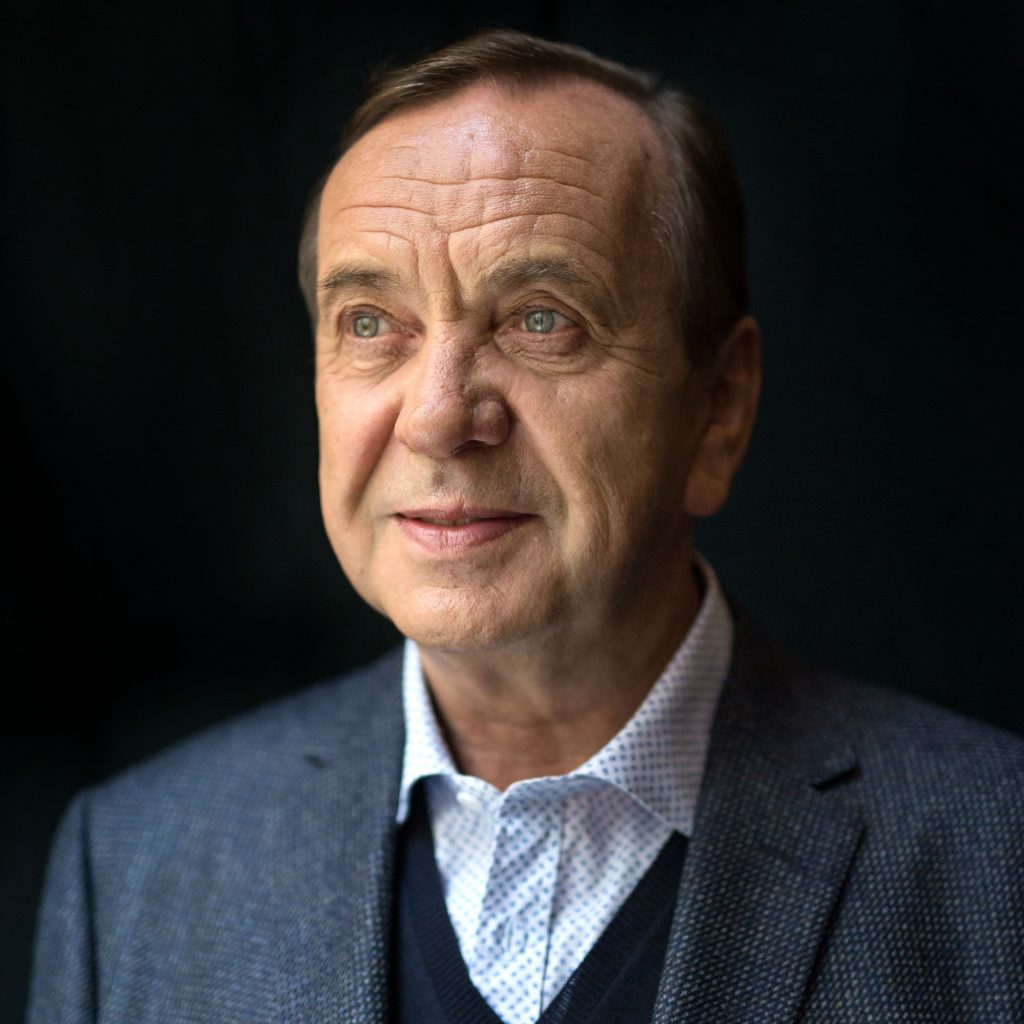 The man, the myth, the canna legend Ben Dronkers.

As with many landrace cannabis strains, the fabled origin of Skunk #1 has long been shrouded in mystery and conflict.

There have been accusations bandied about that a certain big-name cannabis breeder was in cahoots with the DEA to introduced skunk genetics to Dutch breeders.

But one thing most within the cannabis community can agree on is that the Dutch heirloom cannabis company Sensi Seeds sells a trusted, authentic version of Skunk #1.

Sensi Seeds founder Ben Dronkers was one of the original cannabis adventurers who visited landrace countries including Pakistan and Afghanistan as far back as the 1970s.

He’s one of the elder statesmen of the international marijuana industry, and it’s safe to say that those who grow and ingest marijuana are likely benefiting from his lifetime dedication to nature’s kindest plant.

Dronkers took considerable personal risk not just to travel to exotic, far-flung destinations, gather native cannabis seeds, and bring them to Europe, but also to grow and breed cannabis in his native Netherlands.

Although many non-Europeans have long been under the impression that cannabis has been legal in the Netherlands for decades, it has only been marginally legal to varying degrees, and is officially listed as a “tolerated” soft drug.

As North America has sought to increase cannabis legalization, beginning 2001 a succession of conservative Dutch federal governments had worked to destroy the once-thriving local cannabis cultivation, tourism and coffee shop industry. This resulted is a marked decline in the number of coffee shops throughout the European nation, with just 573 left of the 1500 establishments that existed in the reefer hayday. Indeed, following years of increasing police persecution of Dutch growers and seed breeders, many seed companies had moved their breeding operations to overseas countries such as Spain.

Dronkers had experienced constant police hassle early in his career, with the affable pot champion repeatedly arrested and prosecuted for possession.

“I was arrested a couple times. Many times actually. But in those days it wasn’t such a big thing,” Dronkers told Sensi Seeds News.

Fortunately, the penalties were laughably lenient.

As Dronkers and his attorneys familiarized themselves with Dutch cannabis law and in particular the Opium Act, they concluded that the legislation prohibited the cannabis plant, but not cannabis seeds. This apparent loophole led Dronkers to claim he had a right to possess seeds, and even to grow cannabis plants to produce seeds. For 10 years, the Dutch government de facto agreed. This allowed Dronkers to legally breed the landrace strains we revere today.

Not only is Dronkers a cannabis genetics sourcing and breeding pioneer, he’s also a cultivation innovator who was among the first to use photoperiod control, greenhouses, sensemilla techniques, and high-intensity lighting when most growers were cultivating outdoors using unsophisticated techniques and infrastructure.

His willingness to try new cannabis cultivation methods led Dronkers to grow green, gooey, potent buds at a time when Dutch consumers were habituated to overdried, compressed, low-THC, high-CBD dirt weed that was smuggled in from Africa or Southeast Asia.

Most flowering tops available in Europe at the time were so brown and pathetic that Europeans far preferred to smoke hashish sourced from Lebanon, India and Afghanistan.

Dronkers is credited with being among the first to introduce fresh-grown, clean, tasty buds to the Dutch cannabis scene. It’s amusing that when he brought his high-quality buds to Dutch cannabis retailers, they ridiculed his buds as “lettuce” and offered to pay him very little in exchange.

But eventually, coffee shop owners and their customers realized that the taste and high of Dronkers’ product was overwhelmingly superior to standard imported cannabis.

Later in his career, he became the most prominent European cannabis industry leader to recognize and promote the environmental and industrial value of hemp.

If you’re ever over in Europe and want to know more about Dronkers and Dutch cannabis history, be sure to stop by his famous Hash Marijuana & Hemp Museum, with locations in Amsterdam and Barcelona.

According to Sensi Seeds, Skunk #1 is a cross between Acapulco Gold, Colombian Gold and Afghani strains. Whenever I’ve grown it, by far the most dominant phenotype is that of Afghani.

You get short, dark-leaved, hardy plants with huge, glistening buds, lots of skunky odor, and a very short flowering phase.

If someone tells you they’re growing Skunk #1 but you don’t get that familiar skunky smell in the grow room starting when the plants are 3–4 weeks old, then it’s likely not what they believe it to be.

Check out this awesome 75-day time-lapse video of Skunk #1.

There are four dominant features of Sensi Seeds’ Skunk #1:

Because Skunk #1 is such a fast finisher and has a genetic heritage dominated by Afghani genetics, to get the most from it you need to max its inputs.

Looking at the total time it takes for this strain to go from seed germination to harvested buds, it’s almost as fast as some autoflowering strains. So when you have such a short bloom phase and a strain known for branch-bending buds, it’s best to start early to support growth and yield.

When cultivated in its native environment, landrace Afghani cannabis grows in cold, windy, dry, high-UV conditions, where the temperature drops significantly at night. These strains are accustomed to growing in poor soil and often hunker down close to the terrain to grow wide, dark, fat leaves.

When I grow strains dominated by Afghani genetics, I attempt to duplicate those conditions. Using high-UV lighting such as Lush LEDs or PowerVeg UV T5s, as part of this tactic to emulate the plant’s natural environment, I keep my grow op slightly colder than usual, water less often, lower the relative humidity, and allow my root zone to dry out more than I normally would between waterings.

I trim the apical meristem at three weeks into grow phase, and although I don’t SCROG Skunk #1 because the thick buds would be mold harbors in that growing method, I do give it lots of structural support because the buds really can break branches.

For feeding, I push the upper end of the manufacturer’s recommended dosage and use Bud Ignitor, Big Bud, Bud Factor X, Bud Candy and Overdrive during this strain’s very short bloom phase. I’ve discovered that Nirvana, a bloom supplement containing all-natural ingredients, often causes the buds to send off a burst of skunk smell as soon as I water it in.

As with many short bloom-phase strains, you want to closely monitor your resin glands at least twice a day. They tend to turn amber as they ripen, and when 10 percent of the resin glands have hit that amber hue, it’s time to flush and harvest.

To keep these dense buds from developing mold, I recommend providing strong air movement and to separate branches so buds don’t clump together and grow into each other.

If you want an interesting cross-breeding and comparative breeder experiment, consider growing Dutch Passion’s Skunk #1. This version flips the Sensi Seeds ratio of indica and sativa genetics from predominantly indica (or as some would say, Afghanica) to predominantly sativa.

In other words, it ups the presence of Acapulco Gold and Colombian Gold and decreases the percentage of Afghanica genetics. This results in a much longer flowering time (an average of 64 days) and a more stimulating high compared to Sensi’s Skunk #1, without loss of yield potential.

Marijuana seed breeders can get a lot of mileage out of growing both versions of Skunk #1, crossing them, and working with the lineage to tease out the Mexican, Colombian and Afghani genetics for other breeding projects.

However, for those of you who grow weed where it’d be a problem if somebody smelled what you’re growing, I warn you that Skunk #1 isn’t for you.

If you lack total perimeter security, this strain in its Afghanica/indica phenotype version is just too stinky, even if you run a room full of scrubbers. A grower I know in the UK was busted growing Skunk #1 in the attic of his rented row-house flat. His neighbor kept asking him about the “bad smell.” The building superintendent was notified, the police were called, the grow op was busted.

When a friend of mine was growing Skunk #1 outdoors, you could smell his bloom phase crop 100 yards away!

And one final warning: If you grow Skunk #1 properly to bring out its full cannabinoid and terpenoid potential, but you harvest late (48 days or more), be prepared for a nuclear high that ties you up, throws you to the floor, and leaves you drooling and baby talking for hours.

Dispensing Of Dispensaries: How “Illegal” Marijuana Growers & Sellers Are Doing For New Customers What Legal Marketplace Can’t
Cultivation Oligopolies Are Set To Infiltrate The Canna Community. Here’s Why You Should Be Afraid