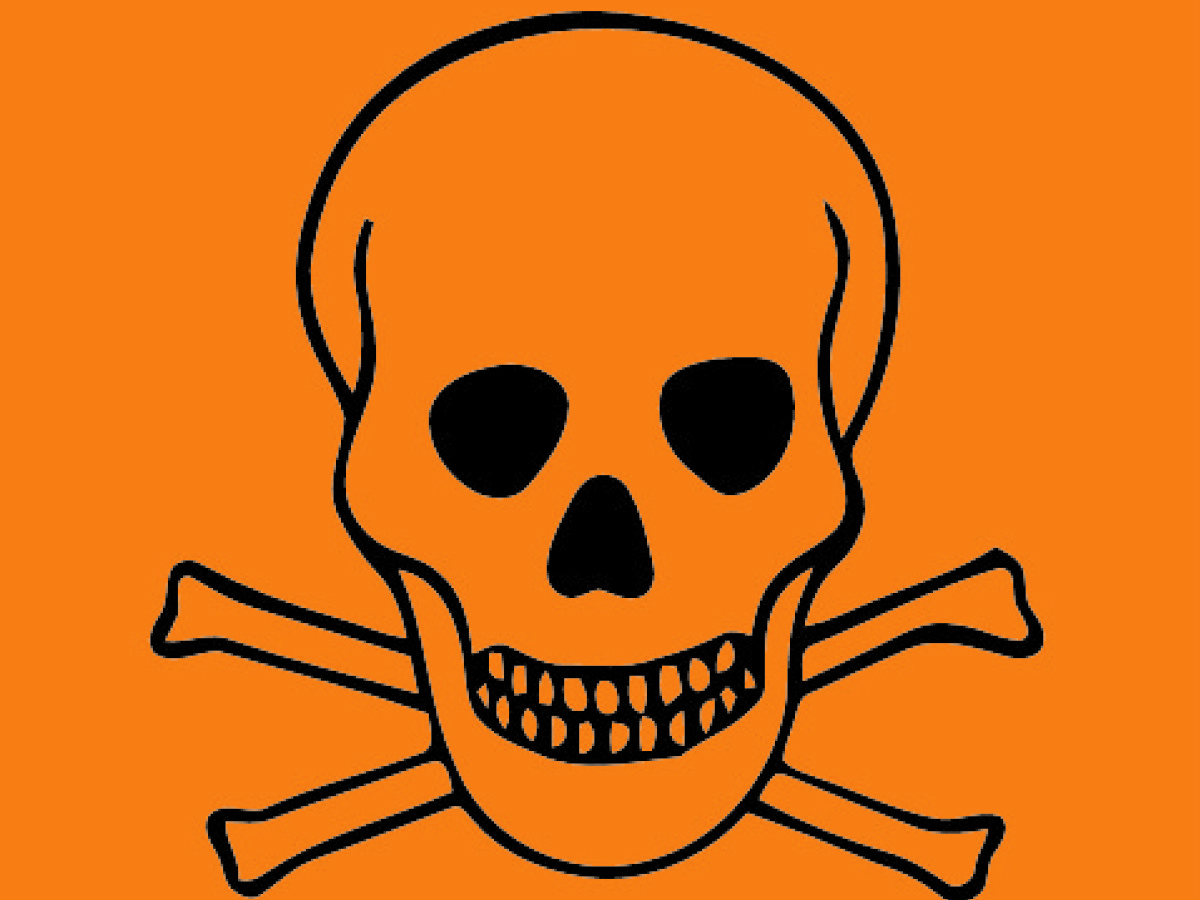 For marijuana growers who want to spend very little money on their marijuana plants, Scotts Miracle-Gro fertilizers and soils are as cheap as you can get.

You can buy several pounds of Miracle-Gro fertilizer for $25.

At half a teaspoon per feeding, you might still have some of it years from now.

Scotts Miracle-Gro costs less than professional hydroponics fertilizers because it’s made from the cheapest, chemical forms of overkill N-P-K ratios, such as 24-8-16 or 10-52-10 Miracle-Gro products.

Growers who taste marijuana grown using the chemicals in Miracle-Gro say it tastes like ammonia.

You hear people complaining that when their pets ate plants grown with Miracle-Gro, or ingested even tiny amounts of Miracle-Gro through their fur or skin, their pets got sick or died.

And yet, some marijuana growers persist in using and even promoting Miracle-Gro!

They claim you can “get by” without professional hydroponics nutrients.

They claim that even though the quality and quantity of buds you get using Scotts Miracle-Gro are far less than when you use professional hydroponics nutrients, “it’s worth it because you save a little money.”

But here’s what Miracle-Gro promoters might not understand: when people use Scotts Miracle-Gro, their fertilizer money goes into the bank accounts of a criminal corporation that’s doing lots of harm to the world, to marijuana plants, and to people and animals.

Here are the scandalous facts about Scotts Miracle-Gro…

When people want lawns to look like an artificial dark-green carpet, they might employ Scotts’ “lawn care specialists.”

Those Scotts “specialists” spray lawns in my neighborhood with poisons and fertilizers so smelly, toxic, and disgusting that my eyes hurt and I’m coughing even hours after the Scotts poison crew leaves my neighborhood.

Along with Chemlawn and TruGreen, Scotts’ poisons and “fertilizes” yards with toxins.

Because of Scotts and other lawn chemical companies, dogs and cats are at increased risk of dying of aggressive cancers and other terrible diseases.

But hey, anything for a green lawn without “weeds,” right?

Which leads me to wonder why any weed grower uses Scotts Miracle-Gro products.

I can’t grow marijuana outdoors where I live anymore…because Scotts Miracle-Gro poisons blow over onto my property and ruin my outdoor marijuana plants!

The really big joke is Scotts tries to portray itself as an “environmentally-friendly” company.

But when you investigate Scotts Miracle-Gro it’s easy to see the corporation’s main goal is to make massive profits regardless of the consequences to us, the environment, our families, and our marijuana plants.

In fact, Scotts Miracle-Gro is a convicted corporate criminal.

In 2012, Scotts Miracle-Gro pled guilty in federal court to selling millions of bags of deliberately-poisoned bird food that killed birds and fish.

Evidence showed that Scotts employees warned management the bird food was poisoned, but Scotts management continued to sell the poisoned products nearly a year after the warnings.

Not only that, but Scotts reportedly criminally falsified pesticide registration data to defraud the U.S. Environmental Protection Agency (EPA).

Corporations are supposed to be “people” (or so says the U.S. Supreme Court) so many of us wonder why Scotts Miracle-Gro, or its biologically-human owners, were not put in prison.

All they had to do was pay a fine…a fine they probably wrote off as a business expense tax deduction.

Scotts Miracle-Gro: In Bed With Monsanto

Still wanting to use Miracle-Gro for marijuana because it costs less than hydroponics nutrients?

Well, consider this: Miracle-Gro is the sole authorized North American distributor for Monsanto Round-Up, a drug war weed killer increasingly seen as a killer of the environment, pets, and perhaps of the human species too.

Scotts representatives deny that Scotts is a direct subsidiary of Monsanto, but one thing is sure– when people buy Roundup distributed by Scotts in North America, it’s a Monsanto product they’re buying, and the money goes to Monsanto.

The main ingredient in Roundup (glyphosate), causes a wide variety of toxicity problems for humans, other mammals, amphibians, and entire ecosystems.

As with the Miracle-Gro birdseed fraud, the EPA discovered that research labs hired by Monsanto were falsifying test results. Lab personnel and directors were indicted on multiple felony counts.

A June, 2013 study conducted by Brazil’s University of Santa Catarina is one of many studies showing links between Roundup and hormonal problems in humans.

In this particular study, researchers concluded Roundup may cause men to experience lower sperm counts and other reproductive problems in countries where Roundup is heavily used for lawns and industrial agriculture.

Fraud is as popular as poison for companies like Monsanto and Scotts Miracle-Gro.

In 1996, Monsanto got in trouble for saying that Roundup was “safer than table salt.”

In 2007, the French government convicted Monsanto of false advertising for claiming Roundup was safe for the environment and had no harmful effects on soil.

And you’ve probably heard that Roundup is integral to the Frankenstein GMOs process of genetically altering food crops so they have to be sprayed with Roundup.

Do any of us really want to be handing our money to Scotts and Monsanto?

Look, I get it that some marijuana growers are so broke they can’t afford anything better than Miracle-Gro.

I like to save money too, but sometimes you have to do what’s right, and spend a few pennies more.

There are marijuana growers who just don’t care that Scotts Miracle-Gro and its partner Monsanto do bad things to the environment. poison us, and engage in criminal business practices.

But don’t Miracle-Gro marijuana growers have any respect for their marijuana plants?

Haven’t they figured out that Scotts Miracle-Gro soils and fertilizers aren’t designed for marijuana and are known to severely burn, underfeed, toxify, or kill marijuana?

His cannabis plants were attacked by budworms, mites, thrips. Instead of putting them into a greenhouse or doing indoor cannabis growing, he sprayed them with poisons all the way to harvest time, and sold those buds to unsuspecting victims.

While I was visiting his outdoor marijuana grow op, I saw right next to his poison bottles were containers of Scotts Miracle-Gro.

He was offended when I refused to smoke his chem-weed with him.

That shallow, selfish Scotts Miracle-Gro mentality–of using harsh, poisons, cheap-ass chem fertilizers, and not caring about the quality and safety of your buds–is typical of Miracle-Gro fans.

But do these Miracle-Gro cannabis growers not even have enough conscience to care that Monsanto Roundup is a favorite tool of drug warriors?

Scotts Miracle-Gro is so embedded in the drug war, and in wars in general, that Scotts recently added a Lieutenant General from the U.S. Military to its board of directors!

Not only that, the top dog at Scotts, Jim Hagedorn, is a former military fighter pilot.

The connections between Scotts Miracle-Gro, Monsanto, and the drug war are among many reasons hydroponics stores don’t sell Miracle-Gro, but they do sell safe, properly-designed hydroponics nutrients (like Advanced Nutrients) made specifically to meet the unique needs of the only plant in the universe that produces THC.

And what a coincidence that just after Miracle-Gro floated news stories saying it might start making fertilizer for marijuana, or buy a hydroponics nutrients company such as General Hydroponics, all of a sudden Miracle-Gro marijuana grower videos appeared on the Internet.

Problem is, Scotts Miracle-Gro marijuana gardening promoters forget to mention that Scotts’ soils are known as fungus gnat farms and cause a lots of problems for marijuana.

These Miracle-Gro videos are sponsored, stealth advertisements for Miracle-Gro, rather than legit marijuana grow videos.

So you see it’s no surprise the marijuana community is calling out marijuana growers who use and promote Scotts Miracle-Gro nutrients and soils.

Good Advice for All Marijuana Users… But Especially Newbies and Novices
See the Hydroponics Nutrients that Store Managers Don’t Recommend for Marijuana!