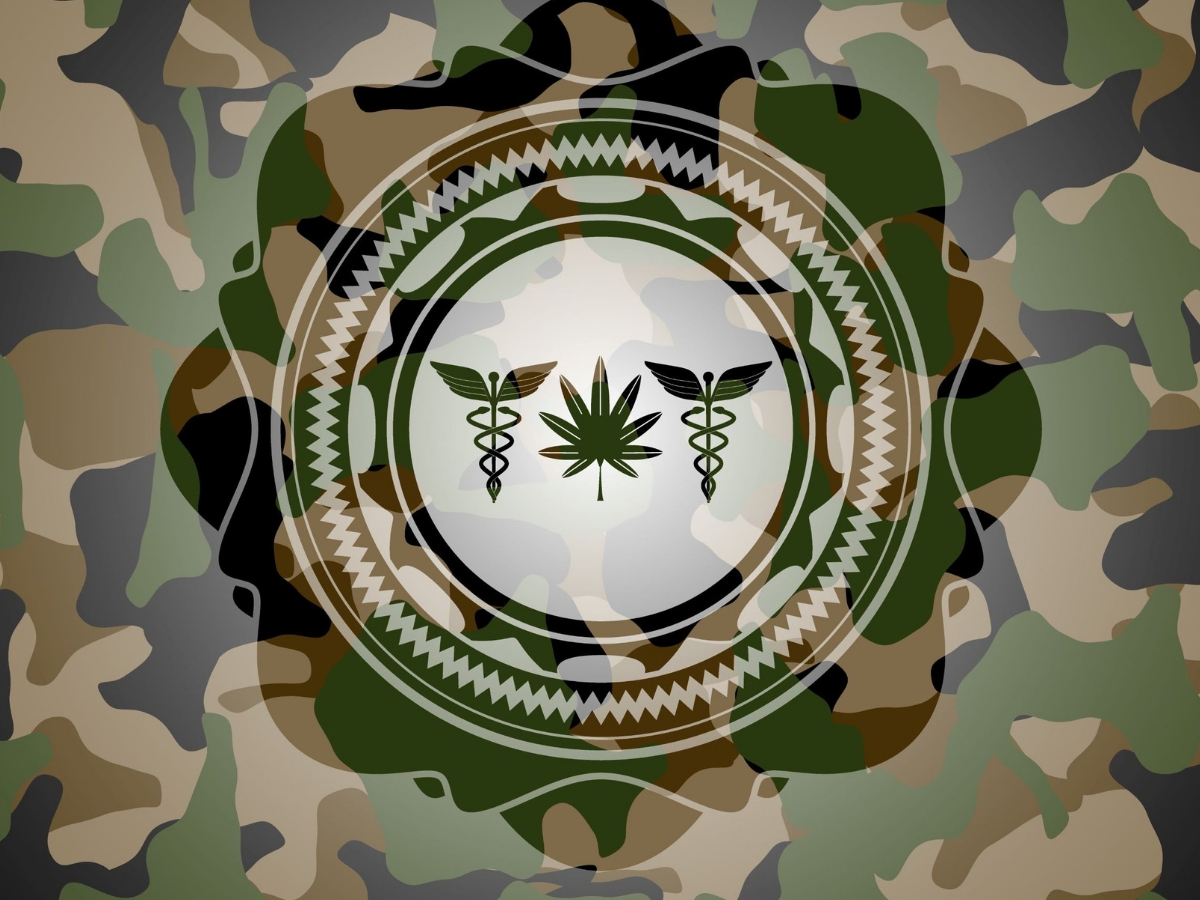 There has been a lot of discussion surrounding the fact that military veterans are having trouble getting access to medical cannabis because the Department of Veterans Affairs, a federal agency, won’t legally allow its doctors to prescribe it — which means vets can only be prescribed often-addictive pharmaceuticals instead. However, there has been less attention paid to the fact that active-duty soldiers are also barred from using cannabis in states where the plant is legal.

Consuming recreational or medical cannabis is still forbidden for United States active-duty military personnel, even if the state or region they live in has cannabis legislation in place. According to KPBS, army bases throughout the nation are displaying posters that warn soldiers against the dangers of consuming cannabis, and some military leaders have begun the push to prevent dispensaries from opening near military bases altogether. Now, some cannabis advocates are arguing that this ban causes the same problems for active-duty soldiers as it does for veterans.

Sean Kiernan, president of the Weed for Warriors Project, believes soldiers should be empowered to use whatever medicine is most effective for their respective needs — even if that means consuming cannabis — and that the military has been relying on dangerous pharmaceuticals for all its medical needs for far too long.

“Our military’s view on cannabis is what our federal government’s view is,” Kiernan tells Big Buds exclusively. “It’s bad. The question should be about what is cannabis’s effect on readiness, discipline and troop morale. I think it’s not as clear cut as [the government] would say.”

Noting that regular alcohol use is a lot more destructive than cannabis, Kiernan adds that soldiers will often turn to alcohol to self-medicate if they don’t have access to medication they’re comfortable with. Furthermore, every year hundreds of active-duty soldiers die by suicide or overdose caused by pharmaceuticals and opioids, and it’s believed that allowing cannabis consumption would help reduce those numbers.

“It’s important to highlight that, in the face of the suicide and overdose epidemic facing our military and its veterans, our country is not taking cannabis seriously as a medicinal alternative,” Kiernan says. “And the fact that we continue to see published research showing a high correlation between cannabis access and declines in overdoses and suicides should make us all furious.”

According to Kiernan, soldiers are freely given pharmaceutical drugs whenever they have even a minor medical problem or mental health issue, and these drugs can be highly addictive or even lead to overdose. Cannabis, as we all know, carries neither of those risks.

Roger Martin, founder of the HeroGrown Foundation, clarifies to Big Buds that while he believes soldiers should have access to medical marijuana when they need it, he doesn’t think it’s appropriate for soldiers to be using recreational cannabis when they’re on the job.

“While I don’t care if civilians use it recreationally, I do not feel it is appropriate for active-duty military personnel,” Martin asserts, adding that he wouldn’t want to be serving with someone who’s using cannabis recreationally because at any given time your life is in their hands.

Martin says medical marijuana should be the “first option” for soldiers who are experiencing afflictions like chronic pain and post-traumatic stress disorder, which have both been shown to be alleviated by cannabis consumption. He believes the “pharmaceutical alternatives can lead to a lifetime of complications” and should not be the first option given to soldiers.

For the most part, any medical issue a veteran might have could also be experienced by a soldier who’s still serving, which is why many advocates believe both groups should be given safe legal access to medical cannabis. However, as army bases continue to display posters pushing the agenda that cannabis is a dangerous drug that should be avoided, it seems unlikely that things will change anytime soon — unless, that is, cannabis is finally legalized at the federal level.

More Than Just A Good Smell: Unlocking The Power Of Rare Terpenes
Fortune 420: How Are Bud-Centric Businesses Faring This Year?