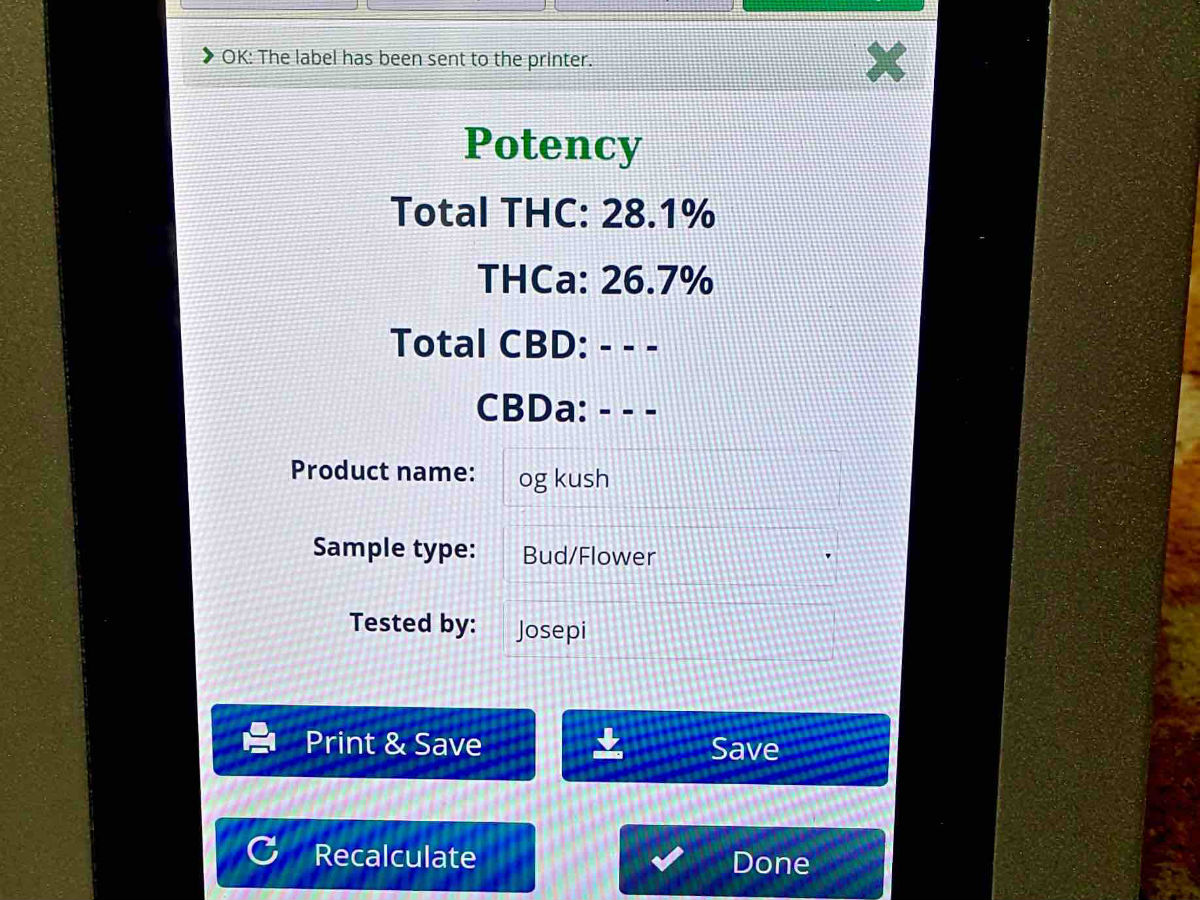 My quest for the world’s strongest OG Kush started many years ago.

It’s a hard quest because authentic Kush seeds seem not to exist, other than TGA Genetics’ Jesus OG Kush, and most clone sellers are offering mediocre, predictable, generic Kush strains if they’re offering Kush clones at all.

I knew I could do better if I just found that perfect Kush cut.

Everybody wanted to buy my Kush, which was good, but I personally wasn’t impressed with Kush marijuana. I preferred Sativa-dominant strains that had some Kush or Indica mixed in.

So I kept on searching, going to the High Times Cannabis Cup in various states, the Emerald Cup, and various clone clubs, searching for the elusive hook-up who could provide me seeds or cuts of the “King of Kush.”

It cost me $300 for three SFV OG Kush “teen” clones that were about ten inches tall each.

Unlike many clones I’d seen, they were properly rooted and didn’t have mites, thrips, aphids, powdery mildew or any other problems.

That was a good start.

I shook the dirt off of them and transplanted them into my deep water culture system.

This shocked them a little so I fed them B-52 for a few days and not much else, while giving them reduced light.

The SFV OG Kush clones recovered fast, and that’s one way I knew they might be super-Kush I was looking for.

When plants can handle transplanting from soil to DWC and bounce back fast, it means they’ve got some muscle to them.

Pretty soon they were growing 1-3 inches every couple of days.

I had my SFV OG Kush under Hortilux Blue.

I topped them twice and after they’d been in veg 5 weeks they were bushy, deep green, and giving off the delicious scents of pine and lemon.

I’d just built a new grow room with ten-foot ceilings lit by Gavita HPS Double-Ended and I knew I wanted the SFV OG Kush plants in there for flowering along with TGA Jesus OG Kush plants that had been my only Kush favorite.

I was feeding the full line-up of the best nutrients I ever used, and I’ve used all the nutrients brands and there’s only one nutrients company that’s down for SFV OG Kush marijuana growers.

My bloom phase hydroponics nutrients line-up was Sensi pH Perfect as a base, and then a succession of bloom boosters—Bud Ignitor, Big Bud, Nirvana, Bud Candy, Bud Factor X, and Overdrive.

By now the SFVG were about nearly 30 inches in diameter, multiple branched and the popcorn was stacking up on the branches so much I had to figure out a way to support them without messing up the DWC buckets.

They could handle about 1200 ppm of nutrients and not much more.

I saw leaf tip burning three times and all three times I stopped fertilizing and did a reverse osmosis flush.

Growing side by side with the Jesus OG Kush I was stoked to see that these SFV OG were clearly going to have harder, denser, bigger nugs and more resins.

They also finished a week sooner, at 8 weeks and two days.

The big payoff came when I dried and cured them, and took my first hit and nearly fell off the couch.

I’m a serious pothead and can hit dabs all night and still function but this Kush wasn’t just couchlock, it was couch fall-off!

I verified the superiority of my SFV OG Kush in two ways.

One, I had my crew inhale it and watched them fall all over themselves to outbid each other to buy my overages.

That’s why it has such a crippling high: no CBD or CBN to hold back the THC.

Yes there are other marijuana strains that have as high as 34% THC, but Kush strains aren’t known for high THC percentages.

That’s one reason I’m so proud of my SFV OG!

I talked to a lot of people about the “world’s strongest strains” and nobody could remember an SFV OG that came in at a legit 28% THC.

When I say “legit,” what I mean is oftentimes when you see cannabinoid percentages advertised, those percentages are bullshit and inflated, the result of deliberate lies or operator error in the lab.

I made cuts of my King of Kush SFV OG and rooted three of them in 20-gallon containers of special soil in a motherplants tent all their own.

They’ll be supplying many a clone season from now until they start to fade.

When I find my next King of Something, maybe a King of Sativa male, I’ll breed my SFV OG and create a super-strain that combines the best of Kush with the best of Sativa.

Man, I hope you too can find your own SFV OG Kush or other type of marijuana super-strain and have it tested.

It makes you feel so damn good when you see those THC numbers and feel the dank, falling-down power of your very own buds.

When you see those kinds of results, that’s when you know you’re growing the strongest marijuana in the world!

Trump, Clinton, Sanders: Presidential Marijuana Politics Guide
Finding a Marijuana Garden in the Woods… And Other Stories from Your Marijuana Plants’ Enemies