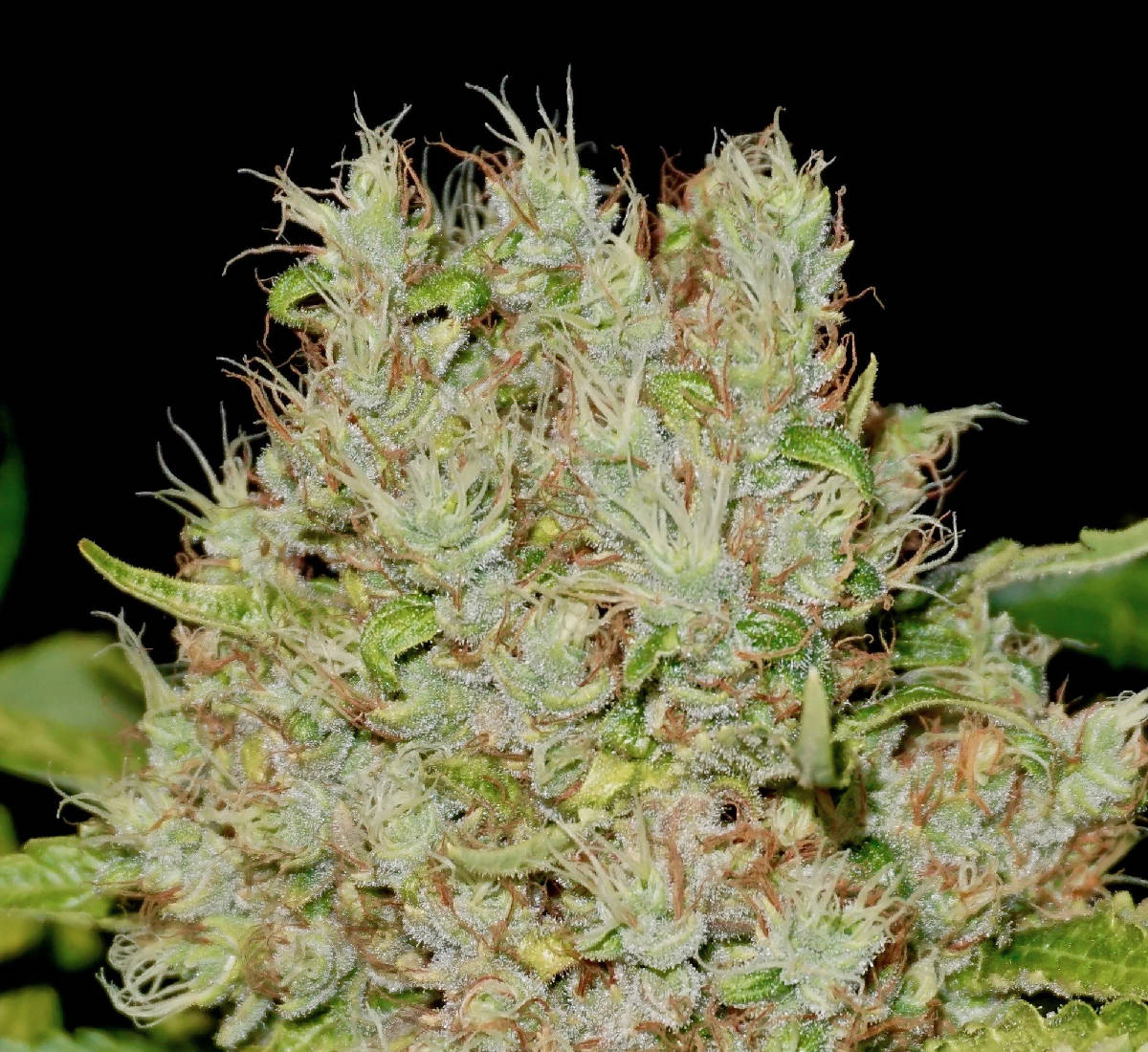 Cannabis growers in Europe often labor under harsher anti-drug laws and less favorable environmental conditions than growers in the legalized states of the USA and post-prohibition Canada.

And yet, our friends across the pond are breeding and growing spectacular cannabis strains.

Indeed, many exceptional European varieties of cannabis are unheard of in North America, but they’re as good as, if not better than, the familiar strains that dominate the North American marketplace, including Blue Dream, OG Kush, Silver Haze, Sour Diesel, Jack Herer, Golden Goat, Headband, Gorilla Glue #4 and Chemdawg.

Let’s take a look at the distinctive cannabis strains European growers are cultivating right now, the most reliable European seed banks to procure them from, and how best to grow them.

If you want to experience the effects of LSD but without the potential nightmare roller-coaster ride of dropping acid, Barney’s Farm has just the ticket.

The strain name LSD is something of a marketing ploy to describe the semi-psychedelic high produced by the plant’s phenotype, which leans heavily toward a heritage of Mexican and Colombian sativa genetics, combined with heavy Afghanica. Both LSD phenotypes produce a stimulating, trippy, colorific high similar to a weak dose of mescaline, but the Mexican/Colombian sativa phenotype is the trippier of the two.

How To Grow The LSD Cannabis Strain

An eminently easy plant to grow, LSD is perfect for novice cannabis growers. Not only is it naturally resistant to gray mold and mildew, it’s adaptable to various indoor cultivation techniques, such as screen of green (SCROG) growing, and also does well when grown outdoors.

LSD can be a hungry strain. During peak bloom phase, its Afghanica-leaning phenotype can handle a feed program as high as 1250 parts per million, resulting in truly massive yields of five ounces or more per plant if properly topped and trained.

A skunky odor prevails, making LSD a potential security risk when grown in close quarters, whether indoors or out.

While this feminized cannabis strain is great for novice growers, it’s not meant for novice consumers, as the high warps your sense of time, space, depth perception and visual acuity. Not a strain that’s recommended before driving or operating heavy machinery. And definitely not a strain for those living with post-traumatic stress disorder, anxiety disorders or insomnia.

However, LSD is great for people with chronic fatigue syndrome, depression and malaise.

Cannabis strains that smell and taste just like cocoa are known more as an aesthetic fad rather than for being potent or high yielding. But Choco Bud (formerly known as ChocoLoco) offers something more than aesthetics.

This is a chocolate strain with a delicious cocoa taste and scent that also delivers a complex knockout punch derived from unusually high THC and CBD percentages.

The strain was bred by combining Thai sativa landrace with Haze and Chocolope genetics — a rare combination resulting in an almost pure sativa strain that avoids the vine-like, thin, ridiculously long flowering phase that growers struggle with when tending to most sativa-dominant strains.

How To Grow Choco Bud

Choco Bud grows out to be a bushy plant that’s shorter in stature than most sativas, with buds much fatter than most sativa strains, plus the possibility of minor foxtailing. The buds are usually ready for harvest after 61–65 days in bloom phase.

Like most sativa strains, Choco Bud doesn’t like to be overfed. No more than 955 parts per million nutrients solution is recommended during bloom phase.

It also needs consistent pH, so be sure to use only pH Perfect hydroponics base nutrients such as Connoisseur Bloom and Sensi Bloom so the plants are given the best chance at thriving with consistent pH levels.

If you’re the kind of person who gets wacky paranoid from pure sativa strains, let Choco Bud ripen longer than usual, to 66–70 days in bloom phase. This allows the THC content to degrade and CBD and CBN to become more prominent.

Be sure to use plenty of Bud Candy and Nirvana in peak bloom, and put your nose close to the buds to inhale a scintillating burst of cocoa scent every time you water.

European growers have Vision Seeds to thank for what they say is the best chocolate cannabis on the market today. 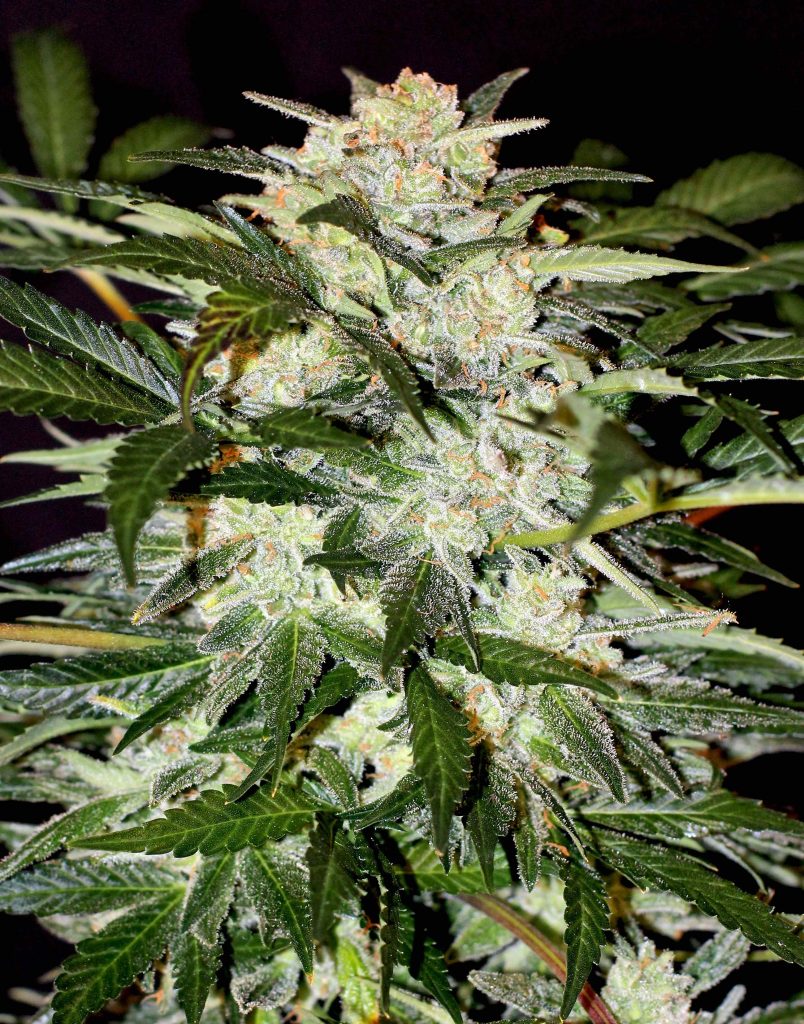 A resin-rich autoflowering strain that can grow as tall and produce as much as a heavy-yielding photoperiod strain, yet can be ready for harvest within 7–8 weeks, post germination.

How To Grow Monster Mash

Some growers like to run Monster Mash using the sea of green (SOG) cultivation method because the strain grows fast and spiky, producing a fat, sticky main bud as long and as wide as a forearm. However, when using this method to grow Monster Mash, you won’t want to utilize the usual SOG spacing in which plants are touching each other. Rather, you’ll want to employ extra-wide plant spacing. This is because the buds are so round and resinous, growers must keep their grow-room humidity lower than usual (between 52–59 percent), use air filtration and many fans to guard against the dreaded gray mold that can rot buds from the inside out.

It’s worth the extra effort to cultivate, because the resin percentages of Monster Mash are truly amazing, especially for an autoflowering strain.

With no crushing couchlock high, Monster Mash Autoflowering is best used for relaxation, pain relief, and to encourage sleep and sedation.

All the rage in Europe, CBD-enriched cannabis strains are viewed as a medical miracle. One of the most useful high-CBD strains is CBD Caramel, which was produced by crossing Himalayan and Afghanica genetics with a pure-CBD strain.

How To Grow CBD Caramel

CBD Caramel can tolerate tropical, high-humidity outdoor environments, and indoor grow ops with higher levels of humidity. It does best with a 2–3-week grow phase and will stretch in bloom to produce a relatively squat plant with sticky buds, high resin content, and a 52–60-day bloom phase.

It tests out at a 1:1 CBD-THC ratio, making for a mellow high that won’t cripple the user while at work or during active recreation. More hardy than regular photoperiod plants — and almost as short from germination to harvest as some autoflowering marijuana strains — CBD Caramel is a solid recommendation for novice growers, outdoor growers and medical consumers alike.

A baseline of Afghanica and Hindu Kush genetics has been woven with a variety of heritage sativa genetics from Mexico, Thailand and Africa. The result is a 50-50 Afghanica, Kush and sativa cross that has a variable bloom phase of 56–66 days, depending on phenotypic expression.

The strain tends toward taller than average bloom-phase stretch, so a shortened grow phase is recommended, and growers should be wary of using indoor grow rooms with less than six feet of usable ceiling height (while also taking into account an additional 2–3 feet for the required anti-burn distance between grow lights and plant canopy). 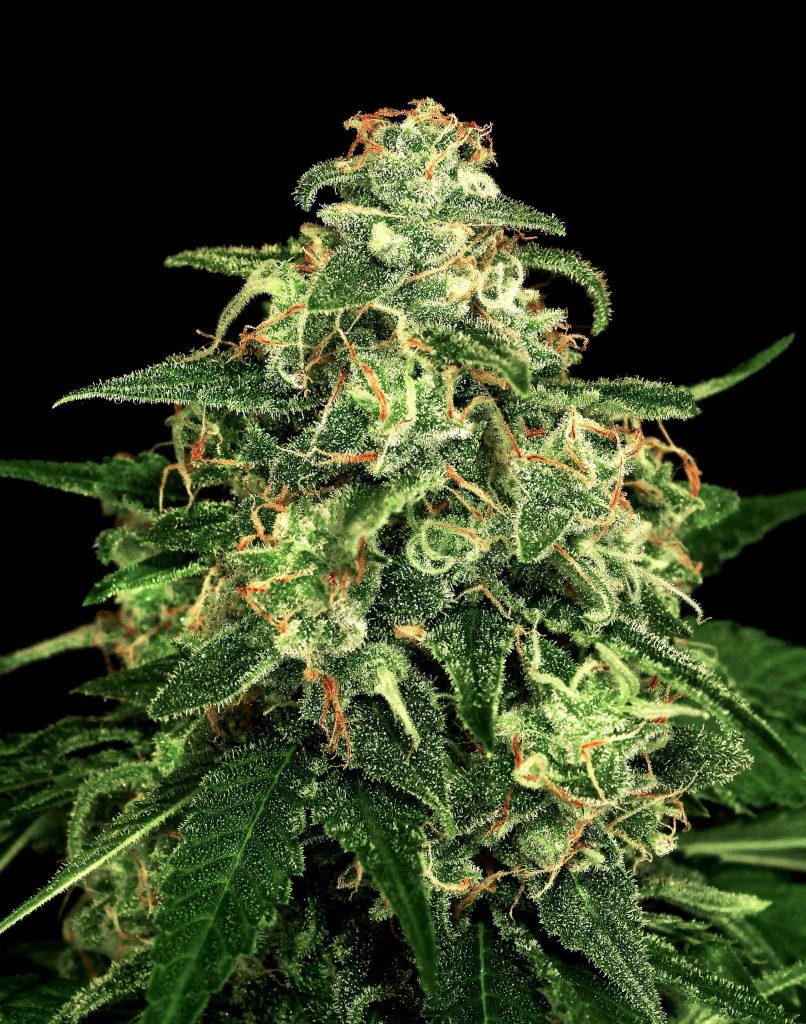 Another tasty winner from Exotic Seed, Mango Cream boasts the flavor of a creamy mango popsicle — that someone lightly flavored with diesel fuel. Credit the genetics from Blueberry, New York City Diesel and Somango for the superb flavor.

How To Grow Mango Cream

Perfect for SCROG growing and also indoor and outdoor settings where dense, high-yielding, shorter plants are desired, look for a sweet, fruity taste and a pleasant high from a strain that needs 9–10 weeks in bloom phase.

Exotic Seed is a new-generation European seed bank based in Amsterdam and Madrid, and has won many awards for its strains, including the Spannabis Champions Cup 3rd Best Indica for the Herz OG strain, and the Indica Sativa Bologna 1st Best Seed Bank Award. 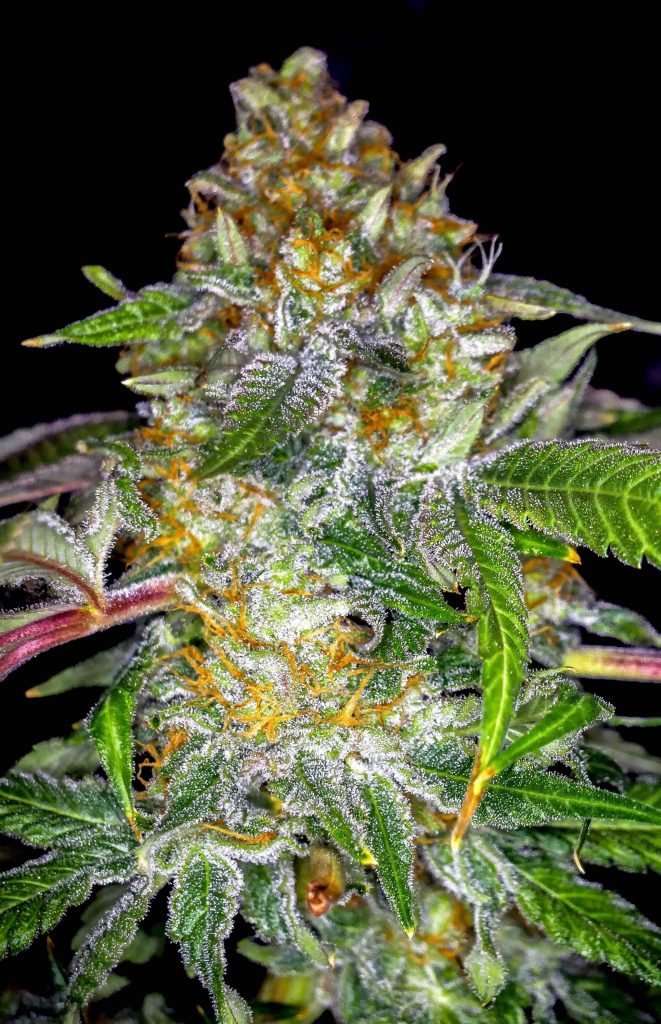 Gorilla Glue #4 is famous for gumming trimming scissors together due to its gooey resin glands, so breeders have tried crossing it with other strains in the hope of getting a better taste and a different high while retaining that mountain of resin glands. Unfortunately, those breeders often fail to create a reliable Gorilla Glue union that sticks.

The resulting for-real Gorilla Glue genetics were then crossed with pure Blueberry to create Glueberry OG.

Glueberry OG high is very powerful and long-lasting, with sedating traits of Blueberry and OG Kush, as well as Sour Diesel for a lift.

How To Grow Glueberry OG

No word of a lie, this is a massive-yielding strain with four slightly different phenotypes — and only one of those phenotypes leans sativa. All phenotypes tend to grow fast and tall, with above-average bloom-phase stretch, so be diligent about topping, training and supporting these plants, and don’t let grow phase stretch longer than 21–26 days.

When it comes to Glueberry OG bloom phase, it can be remarkably short for a photoperiod strain; as few as 51 days, with most growers harvesting at 56–61 days, when the resin glands are white, cloudy and amber, and appear even on medium-sized fan leaves.

If you’re a craft grower looking to give yourself and your bud buddies new highs, tastes and scents from strains most people in North America have likely never heard of, you’ll be glad to cultivate what the top growers in Europe are talking about right now.