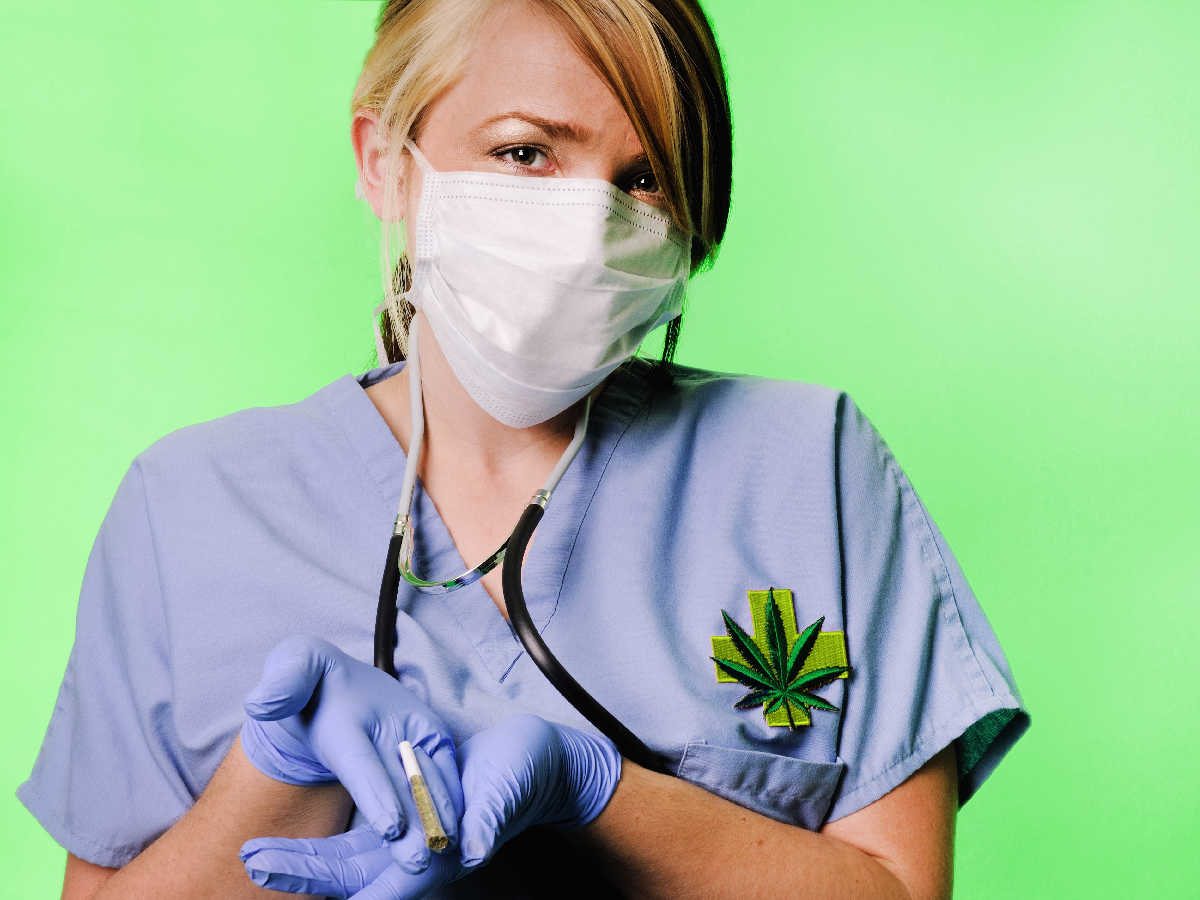 Medical marijuana nurses and patients would be happy if the CARERS Act passes Congress.
By Steve Davis | Published: June 19, 2017

Republican and Democratic senators have announced a bill called the CARERS Act that prioritizes state medical marijuana legalization instead of federal marijuana prohibition.

Basically, this same bill has been introduced every year, starting in 2015.

The bill has the following provisions:

Amends the Controlled Substances Act (CSA) to provide that control and enforcement provisions of such Act relating to marijuana shall not apply to any person acting in compliance with state law relating to the production, possession, distribution, dispensation, administration, laboratory testing, or delivery of medical marijuana.

Transfers marijuana from schedule I to schedule II of the CSA.

Excludes “cannabidiol” from the definition of “marijuana” and defines it separately as the substance cannabidiol, as derived from marijuana or the synthetic formulation, that contains not greater than 0.3% delta-9-tetrahydrocannabinol on a dry weight basis.

Deems marijuana that is grown or processed for purposes of making cannabidiol, in accordance with state law, to meet such concentration limitation unless the Attorney General determines that the state law is not reasonably calculated to comply with such definition.

Prohibits a federal banking regulator from taking any adverse or corrective supervisory action on a loan to an owner or operator of: (1) a marijuana-related legitimate business solely because the owner or operator is such a business, or (2) real estate or equipment that is leased to a marijuana-related legitimate business solely because it is leased to such a business

Directs: (1) the Department of Health and Human Services to terminate the Public Health Service interdisciplinary review process described in the guidance entitled “Guidance on Procedures for the Provision of marijuana for Medical Research” (issued on May 21, 1999), and (2) the Drug Enforcement Administration (DEA) to issue at least three licenses under CSA registration requirements to manufacture marijuana and marijuana-derivatives for research approved by the Food and Drug Administration.

Directs the Department of Veterans Affairs (VA) to authorize VA health care providers to provide veterans with recommendations and opinions regarding participation in state marijuana programs.

Trump, who said during the campaign that he would respect state marijuana legalization, has done the opposite by appointing Sessions and by opposing the Rohrabacher-Farr amendment that prohibits the Department of Justice from using federal funds to attack legalized marijuana states.

Trump has also expressed public admiration for the murderous drug war being personally carried out by Filipino president Rodrigo Duterte.

Sessions, a long-time marijuana-hater, recently sent a letter to Congress asking it not to renew Rohrabacher-Farr.

“I believe it would be unwise for Congress to restrict the discretion of the Department to fund particular prosecutions, particularly in the midst of an historic drug epidemic and potentially long-term uptick in violent crime,” Sessions wrote. “The Department must be in a position to use all laws available to combat the transnational drug organizations and dangerous drug traffickers who threaten American lives.”

Democratic Senator Cory Booker says Sessions is out of touch with medical research, the facts about marijuana, and Americans’ overwhelming support for medical marijuana legalization.

“The fact is our marijuana laws in America are savagely broken, and the jagged pieces are hurting American people. I dare Jeff Sessions to sit down with families and listen to their stories and then pursue a policy like he’s advocating for now,” Booker said.