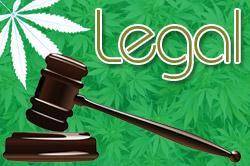 By Edie Lerman | Published: June 1, 2011
Jury selection is the most important procedure in a cannabis trial. As cannabis is one of the single most propagandized issues in the U.S., it is one of the most difficult matters to predictably litigate at trial. In my experience as a trial lawyer, I believe that a cannabis case is won or lost at the end of the jury selection process.

Often lawyers disagree with this idea. However, studies indicate that most jurors make up their minds in the first minutes of the trial. In theory, juries are intended to be fair and impartial, and it is the “trial” that is intended to be a test of the government’s case, and their burden to prove the defendant’s guilt beyond a reasonable doubt. Isn’t that what jury trials are all about?  I think that is true with murder or burglary cases, but not with “malumprohibitum” crimes such as cannabis cultivation, possession or even sales – those types of victimless “crimes” that were committed against the decree of the State.

As the category itself suggests, malum prohibitum crimes have to do with activities which are prohibited by law, but are not morally wrong. With most of these prohibitionist type crimes, choosing a jury, or in many cases a juror, who has their own views and is not likely to buy the governments story, is the key to stacking your jury and even with swaying them to see things in favor of the defendant.

It is the little things, and the quick moments, where the right decision is key, and having the right legal team to do the choosing. The right legal team armed with the correct research, information, and insight is the formula that wins the day in court including: knowing who your panel is, where they live, what their lifestyle as a whole is, and what their individual beliefs are. Just like you can’t judge a book by it’s cover, you can’t judge a juror by their clothing, or any one answer they give during a voir dire of questions.

As a consultant, I come into cases at the tail end of the game. When all hope for negotiation has gone out the window, on the eve (or preferably a month or so) before trial.  The research begins, and the optimal jury is formulated in my mind, as is the perfect juror. Each county is different, each town has it’s own personality, that plays out in the mind of each member of that panel. A lawyer who knows what they are doing, will know who his friendlier jurors are, their culture and their habits.

In the end, knowing your jury pool, knowing your individual juror based on research, observations and their responses to questions asked is the key to the case. I usually don’t want a juror that wants on the case too badly, as he/she may be an activist with an agenda. For example, an activist juror may answer questions in a light that is favorable to the defendant to get on the jury, while intending to vote in favor of the police. The opposite also occurs.

Good trial experience is key, in winning a cannabis trial. In the end juries make up their minds and determine the defendant’s fate. Thus, choosing a jury panel that is going to be swayed in your favor is the single most important thing a lawyer can do to ensure a successful of the outcome of a cannabis trial.