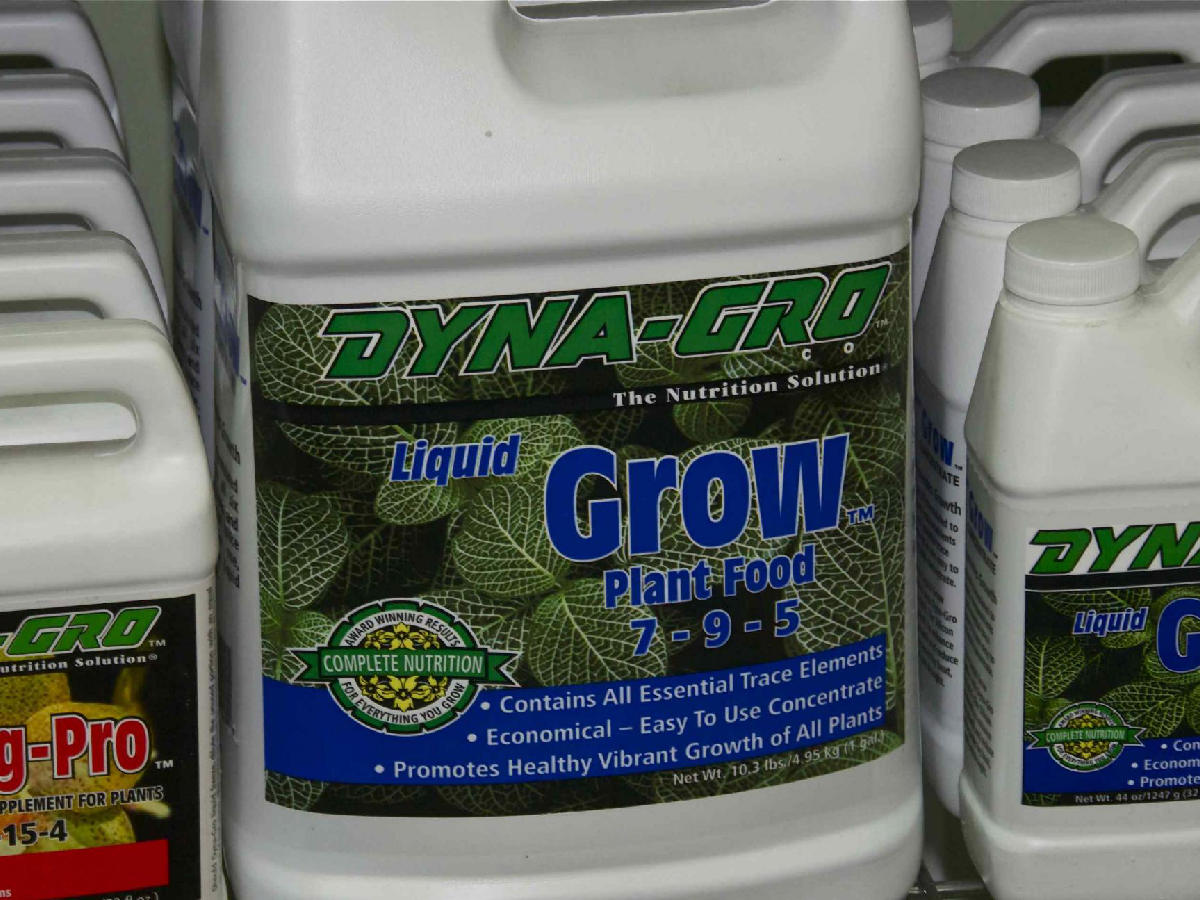 I manage a busy hydroponics store in California, one of the main states where marijuana growing is a big money enterprise and marijuana growers always ask me which hydroponics nutrients and organic fertilizers are best.

I tell them stick with the “Big Four” hydroponics nutrients manufacturers.

My customers were offended that GH sold out to a weed killer company, so we removed General Hydroponics products from our shelves, and we don’t miss them!

Growers are loyal to our hydro store because we give them the inside story on the best nutrients and equipment to use for their marijuana crops.

If I were the kind of hydroponics storeowner who only cares about his own profits but not about your marijuana buds and your profits, I’d recommend hydroponics nutrients and organic fertilizers other than the Big Four.

There are a lot of lesser hydroponics brands made with cheaper materials and they offer stores lower wholesale prices, which means we could make more money off growers.

Problem is, in the long run if we sell those brands that aren’t really the best for cannabis growers, we lose out, because our customers lose faith in us when those brands don’t perform well.

Here’s an important “secret” that most hydroponics stores won’t let you in on: there are three levels of hydroponics nutrients brands.

The first level is the Big Four we already talked about.

Companies such as Canna and Advanced Nutrients are the most established and have been around the longest.

The Little Eight hydroponics brands have been around a while but they’re still minor brands with relatively small customer base.

The Totally Untested brands are shadowy, upstart companies with no marijuana-specific plant scientists on staff and no track record of success.

They’ve been around only a few years, or hardly even a few months.

They use questionable, inferior materials. One thing that surprises me is they admit straight up they try to copy products made by the Big Four, but they really don’t know how to make nutrients properly…they’re just guessing.

Yup, you see some of these little hydroponics companies advertising in High Times and marijuana online websites, but when you use their stuff, you have no idea what you’re getting, because these hydroponics manufacturers are so shallow in their research, design, and testing.

What’s clear is their sole interest is in making as much money as they can off of the marijuana grower as fast as they can.

It’s not about helping you grow or building a long-term relationship with cannabis growers. It’s about making a quick buck by cashing in on marijuana gold rush that’s happening as legalization moves into more areas.

The owner of my hydroponics store and I have toured many of these newbie hydroponics and organic manufacturing facilities and talked with their people.

We’ve done the same with older companies, such as Grotek, Botanicare, General Hydroponics and others.

The same problem is in the hydroponics nutrients industry.

Or at least they won’t admit to it. And if they’re too sissy to be openly friends with us as marijuana growers, they lose all creds with me.

It’s a bunch of amateurs…guys who started in their garage, playing around with raw fertilizer salts or piles of guano and compost.

The ratios of nutrient elements (N-P-K, etc.) are wrong for your cannabis plants, and source materials for their products are mostly from China, the lowest-priced and lowest-quality.

They have inadequate pH buffers and other pH and parts per million problems so their products create chaos in the cannabis root zone, especially in aeroponics, deep water culture, and other 100% hydroponics systems.

If they sell organics, their organic materials come from GMO crops, they really do smell like shit, they’re thick like old motor oil, and they don’t work well in irrigated hydroponics, aeroponics, or even in soil marijuana gardens.

They have no marijuana experts on their customer support staff and they won’t even talk about marijuana growing, so marijuana growers can’t get honest, helpful answers from them.

They don’t offer integrated hydroponics nutrients or organic fertilizer systems, so their products aren’t guaranteed or engineered to work well together.

Because they lack professional quality control staff, their batch control is weak. You get major variations that make it impossible to properly, consistently feed your marijuana plants.

Especially in the case of beneficial root zone microbials, enzymes, and organics, they don’t correctly manufacture, package, and ship the products…so the products die on the shelf or before they ever get to the hydroponics stores.

General Hydroponics, and some of the lower-tier hydroponics companies use harmful plant growth regulators that endanger plants and people.

For these reasons and others, my store’s hydroponics nutrients and organic fertilizers shelves mostly hold the Big Four company’s products, and our only totally-confident recommendation is Advanced Nutrients.

When companies like Rock Nutrients, Aptus, Cyco, Green Planet, and Heavy-16 first came on to us, we sold their stuff, but marijuana grower customers kept complaining their stuff was garbage.

They’d bring the containers back and say, hey, take a look at this schwag fertilizer.

We lost money on returns and some marijuana growers stopped coming to our store, blaming us for the loser nutrients.

We couldn’t get those companies to back their products with intelligent tech support or fast refunds. So we said the hell with them.

If someone wants any of those newbie, crappy hydroponics products, there are at least five other hydroponics stores within a 10-mile radius that’ll sell them that shit. Go for it, boys!

The way I look at it is, there’s a lot of truth to those old sayings such as…you get what you pay for, stick with the tried and true, and experience counts.

These new kids on the block in the hydroponics nutrients and organic fertilizer manufacturing world have a long way to go before they’ll convince me or any other serious marijuana growers to switch over from established hydroponics brands like Advanced Nutrients.