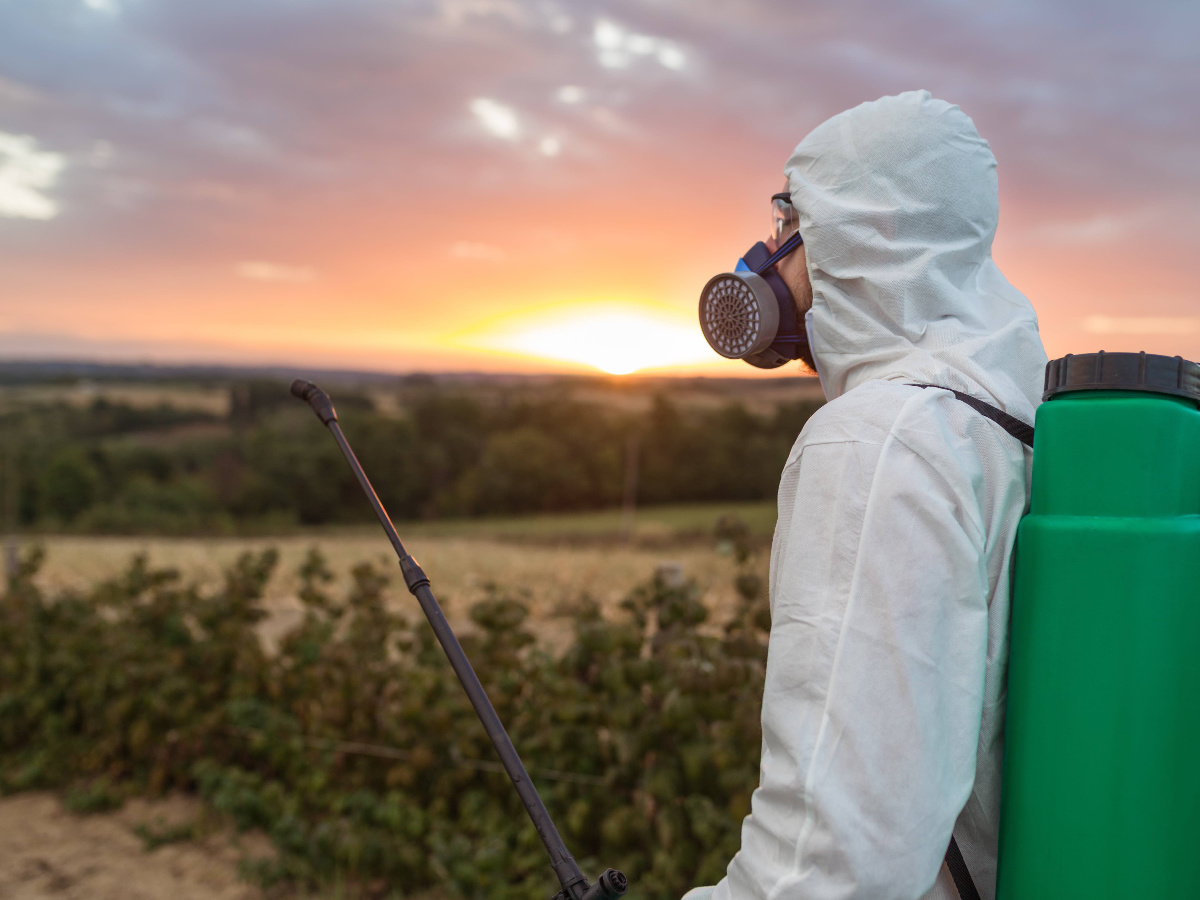 As a hydroponics marijuana grower, I count on grow shops for supplies, gear and information. I’ve become friends with several grow-shop owners and their staff during my years of growing, and this friendship serves to increase my marijuana grow success.

You’d think that with legalization sweeping the US, now would be the perfect time for hydroponics grow shops. Business should be booming, with entrepreneurs rolling in the green, nothing but happy days from here on out.

But there’s an ominous dark cloud casting a malevolent shadow on the grow-shop industry. That dark cloud is called Hawthorne Gardening Company, a subsidiary of Scotts Miracle-Gro that was launched in 2014.

So why does Scotts Miracle-Gro need a front company?

Because this multinational corporation is viewed unfavorably not only by marijuana growers, but also organic farmers, environmentalists, health professionals, and anyone who knows anything about cannabis and the environment.

Scotts’ reputation has been especially sullied by its close business ties with chemical manufacturer Monsanto, whose environmentally harmful and glyphosate-based herbicide Roundup is sold via Amazon, in local retail stores, and in behemoth big box stores like Walmart, Home Depot and Costco. But those stores get all their Roundup from Scotts Miracle-Gro, which owns the exclusive rights to distribute Roundup in the US and Europe.

Scotts and Monsanto are pushing Roundup into more and more markets, including China, Central America and South America. Monsanto and Scotts have also been the primary suppliers of glyphosate that was aerially sprayed on people, land, coca plantations, marijuana plants, and animals in South America, as part of America’s international war on drugs.

The indiscriminate use of glyphosate by US-backed drug warriors has long been controversial. According to The Guardian, glyphosate causes damage to native plants and animals, pollutes water supplies, and also harms the health of humans.

Residents of Colombia and other countries where Monsanto glyphosate has been used in aerial spraying — which was supervised by the Drug Enforcement Administration — see this as a deliberate war tactic similar to the US military spraying the deadly Agent Orange herbicide on millions of acres of Vietnam during the Vietnam War.

And who supplied Agent Orange to America’s military? Monsanto. Here’s how the company explains its involvement in the Vietnam War, according to the official Monsanto website:

From 1965 to 1969, the former Monsanto Company manufactured Agent Orange for the U.S. military as a wartime government contractor. The current Monsanto Company has maintained responsibility for this product since we were spun-off as a separate, independent agricultural company in 2002.

Monsanto defends its involvement with Agent Orange by absolving itself of the chemical’s environmental damage, plus the damage it inflicted on the health of tens of thousands of Vietnamese people and American soldiers who fought in that war.

Similar to how tobacco companies tried to downplay or discredit experts who proved tobacco products cause respiratory disease and cancers, Monsanto attempts to discredit those who blame Agent Orange and other Monsanto products for environmental and human harms.

There’s even a video showing Patrick Moore, a proponent of Monsanto, boldly telling a French TV journalist that Roundup is harmless enough for people to “drink a whole quart of it” without detriment. When the journalist promptly offers up a glass of Roundup for Moore to drink, take a look at what happened:

Scotts has its own shady past. In 2012, the Department of Justice fined the company $12.5 million for knowingly selling 73 million units of poisonous birdseed that resulted in the deaths of tens of thousands of birds. It was also revealed that Scotts attempted to cover up its crime after low-level employees told management that the bird food was indeed poisonous.

And the hits just keep on coming. According to multiple sources, Scotts puts toxins into the environment via its lawn maintenance company TruGreen, formerly known as ChemLawn. Environmental watchdog Pesticide Watch states that “53% of TruGreen ChemLawn’s pesticide products include ingredients that are possible carcinogens, as defined by the United States Environmental Protection Agency.”

There are also anecdotal and published reports of human and environmental health problems caused by TruGreen and lawn chemicals made or marketed by Scotts.

When I had legal outdoor marijuana plants growing and my neighbor had TruGreen lawn service, the poisons sprayed on his lawn blew onto my property, killing my marijuana plants and making me physically ill.

Scotts Miracle-Gro is also a major player in the genetically modified organism industry, working with Monsanto to market “Roundup-ready,” genetically engineered grass seed. Interestingly, these two companies made political donations in a bid to influence the US Department of Agriculture to waive required testing.

To counter its bad reputation, Scotts operates a massive public relations push that churns out advertising, videos and press releases, whose sole purpose is to portray Scotts Miracle-Gro as environmentally friendly.

Since Scotts launched Hawthorne, almost every discussion I’ve had with grow-shop owners and hydroponics manufacturers is peppered with worry regarding Hawthorne’s rapacious attempt to take over the hydroponics marketplace.

Typical of these discussions is a troubling talk I recently had with a California hydroponics grow-shop owner who’s my personal friend and an expert commercial marijuana grower, with 17 years of experience as a hydroponics proprietor.

While it’s thought that Hawthorne has splashed out in the region of $200 million in hydroponics industry acquisitions, a rep for the company told my friend in 2016 that Scotts/Hawthorne was done with its hydro buying spree.

But my grow-shop friend heard a different story while at MJBizCon in Las Vegas in November 2017, and again at Spannabis Madrid, an annual cannabis conference that brings together European grow-shop owners, growers, cannabis researchers, entrepreneurs, seed breeders and hydroponics manufacturers.

At both events, he heard that Hawthorne Gardening was spending more money buying and co-opting hydroponics businesses and grow shops in key locations where marijuana growing is most lucrative. Hawthorne prefers that customers believe the store is the same independent shop it has always been, rather than part of the Hawthorne/Scotts conglomerate.

My friend gave me the name of stores in his area that he was sure had been bought by Hawthorne. I contacted those stores and quickly discovered you can divide those grow shops into two camps: One camp says Hawthorne is buying grow shops, while the other refuses to answer any questions about Hawthorne.

One store owner hung up on me when I asked him if his grow shop was controlled by Hawthorne, after saying he was bound by a nondisclosure agreement with Hawthorne.

There are also rumors suggesting that Hawthorne is in talks to buy out hydroponics equipment distributors who supply goods to grow shops.

If Hawthorne gains monopoly control over hydroponic equipment distributors, the corporation is likely to exert pressure on independent stores by selectively withholding shipments, charging extra fees, and forcing the store to agree to promote Hawthorne brands such as General Hydroponics.

Grow Shops Could Be Put Out Of Business

My friend was approached by a Hawthorne rep, who told him that “now’s a good time to sell your hydroponics store,” because Hawthorne and Scotts will increasingly sell hydroponics gear at big box stores and via online platforms, using a price war to undercut independent hydroponics retailers and put them out of business.

Scotts already has a dominant presence in the gardening, lawn care and poisons sections of chain stores such as Lowe’s, Walmart and Home Depot.

Putting it another way, think about what happened when digital on-demand satellite and online movie streaming services killed Blockbuster.

What will happen if Hawthorne owns most hydroponics stores, along with hydroponics distributors and hydroponics manufacturers, and bypasses stores to sell direct to customers?

And this problem is not just limited to the US. European industry insiders are worried because Hawthorne is trying to purchase major hydroponics wholesalers, distributors and grow shops in the Netherlands, France, Spain and Germany.

A War Being Waged Over The Hydroponics And Cannabis Industries

Despite repeated attempts to get comment from Hawthorne and Scotts Miracle-Gro, they refused our requests.

And with hydroponics store owners fearful of the negative impact of openly criticizing Hawthorne and Scotts, many within the cannabis community would only speak on the condition of anonymity.

But if you doubt that Scotts and Hawthorne are as big a threat as my friend and many others assert, all you have to do is look at what Jim Hagedorn — Scotts Miracle-Gro CEO and son of the company’s original co-founder — has admitted about his business plan for the hydroponics and marijuana industries.

Hagedorn is a former US Air Force fighter pilot who views the lawn care and garden industry as a form of open warfare. In an interview with Forbes in 2016, he referred to his business strategy as “commercial combat” in which you “kind of rape and pillage, and you keep all of the stuff.”

In that same revealing interview, Hagedorn also asserted the following:

“Jim Hagedorn is a wily, very greedy capitalist who never plays by any rules but his own,” says a manager of a grow lights company, who prefers to remain anonymous and whose business Hawthorne unsuccessfully tried to buy.

“He looked at the marijuana and hydroponics gardening industry and believed it was ripe for his corporate takeover. He believes that for a relatively small investment he’ll make our industry into a cash machine for Scotts. The man only cares about power, money and conquests. Hagedorn won’t be satisfied until he has total control of our industry.”

How You Can Fight Back

Clearly, Hawthorne and Scotts Miracle-Gro pose an existential threat to hydroponics grow shops and marijuana growers. What can you do to fight back? The most powerful tool you have in your arsenal is where you spend your money and what you buy. Take a look at these strategies:

The corporate monetization, conglomeration and pirating of the cannabis growing industry that you and I built is moving faster and faster.

As a matter of principle, and because we want freedom of choice, the best marijuana growing products can only exist in an anti-monopolistic hydroponics marketplace, so let’s do all we can to resist Hawthorne and Scotts Miracle-Gro.

Cannabis Community Mourns Passing of Dennis Peron, The Father of Medical Marijuana
The Race Is On: Do The 2018 Gubernatorial Elections Indicate Which States Are Next To Legalize?