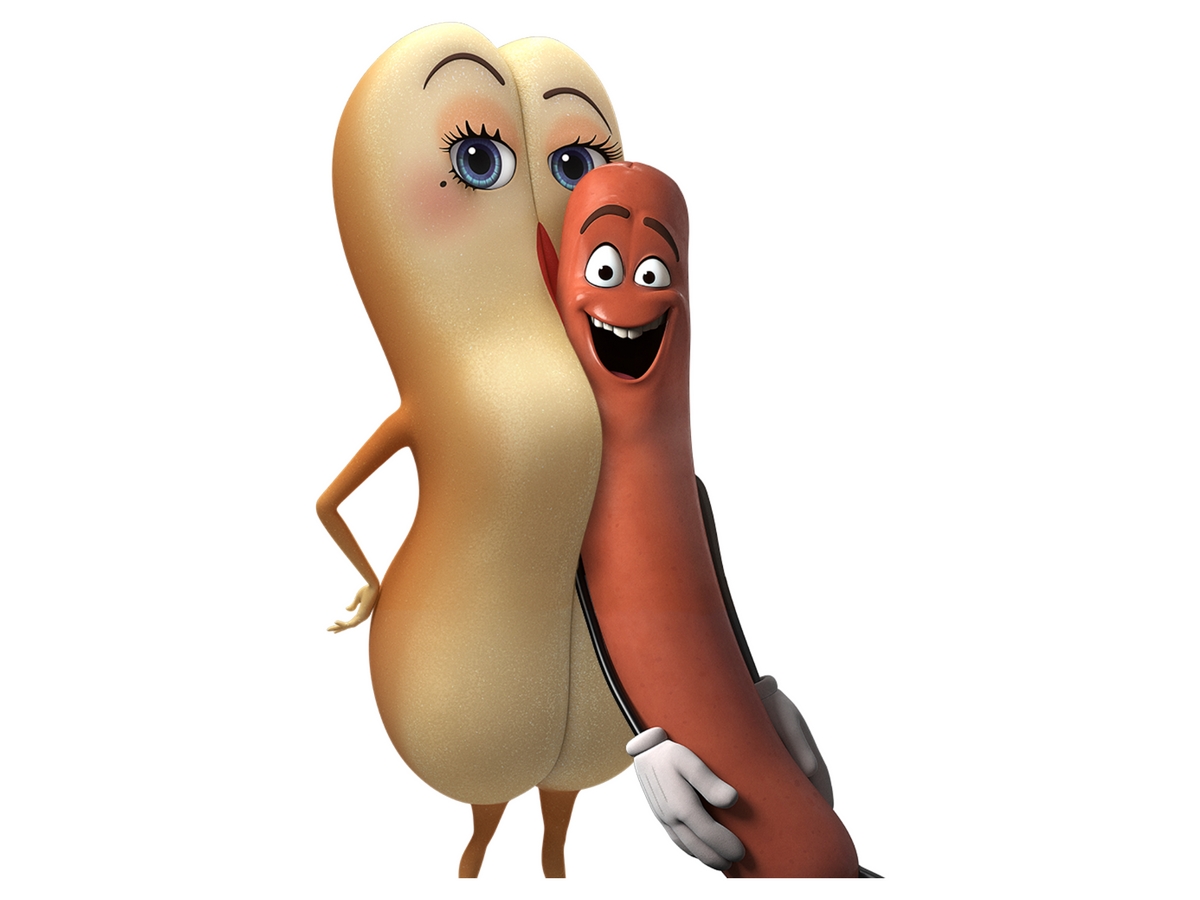 I don’t do spoilers so you don’t have to worry that I’ll take away your joy of seeing the movie as a “virgin viewer.”

I’m not even going to embed the Sausage Party trailer in this article, because the trailer gives away the plot.

What I can tell you is…

You may remember from the animated film Zootopia when Tommy Chong did the voice for a hairy yak.

This is definitely a stoner movie although it’s not totally about marijuana growing and selling like Rogen’s Pineapple Express.

Sausage Party definitely has a basic theme of taking banned substances and altering your mind.

We see Rogen presenting mind-altering drugs as ways of seeing the truth about the world.

Exploring the truth about the world is a big part of what makes this movie special because Sausage Party asks “cosmic questions” about the meaning of life.

The movie even brings up the question of what we live for and why.

If this doesn’t sound like your typical stoner movie animated comedy, you’re right, it isn’t.

The movie is very funny and has an adolescent sexuality to it.

Visually the animation is top-rank although I was disappointed it wasn’t done in 3-D.

This movie would have been even more exciting in 3-D, but Rogen and Goldberg had a hard time getting people to back the film financially, so they couldn’t afford 3-D.

In fact, there have been rumors that the animators who worked on the movie were underpaid, overworked, and mistreated.

The cool thing is, Sausage Party has become a surprise summer big hit, taking in tens of millions of dollars more than it was expected to, and replacing dumb movie like Suicide Squad at the top of the cinema charts.

Sausage Party has a sweet love story, and a lot of sexuality.

The two characters who flesh out the love story have their ups and downs and ins and outs, just like we all do, but Rogen presents this in an especially insane way.

And there’s some lesbian action too.

The soundtrack for the movie is rocking, combining new material written for the movie with classic music by The Isley Brothers and Three Dog Night.

I recommend that you deliberately learn nothing more about Sausage Party than what I just told you.

Then get baked and see it.

I inhaled some wax made by a producer who claims it tests out at 87% THC just before I stumbled to my seat as the previews finished.

I got taken along for the ride, laughing in delight at almost every scene, but now I have to go see the movie again because I was so high I hardly remember any of it.

If you use the right cannabis, you’ll forget what you just saw, so every time you see the movie is kind of like the first time!