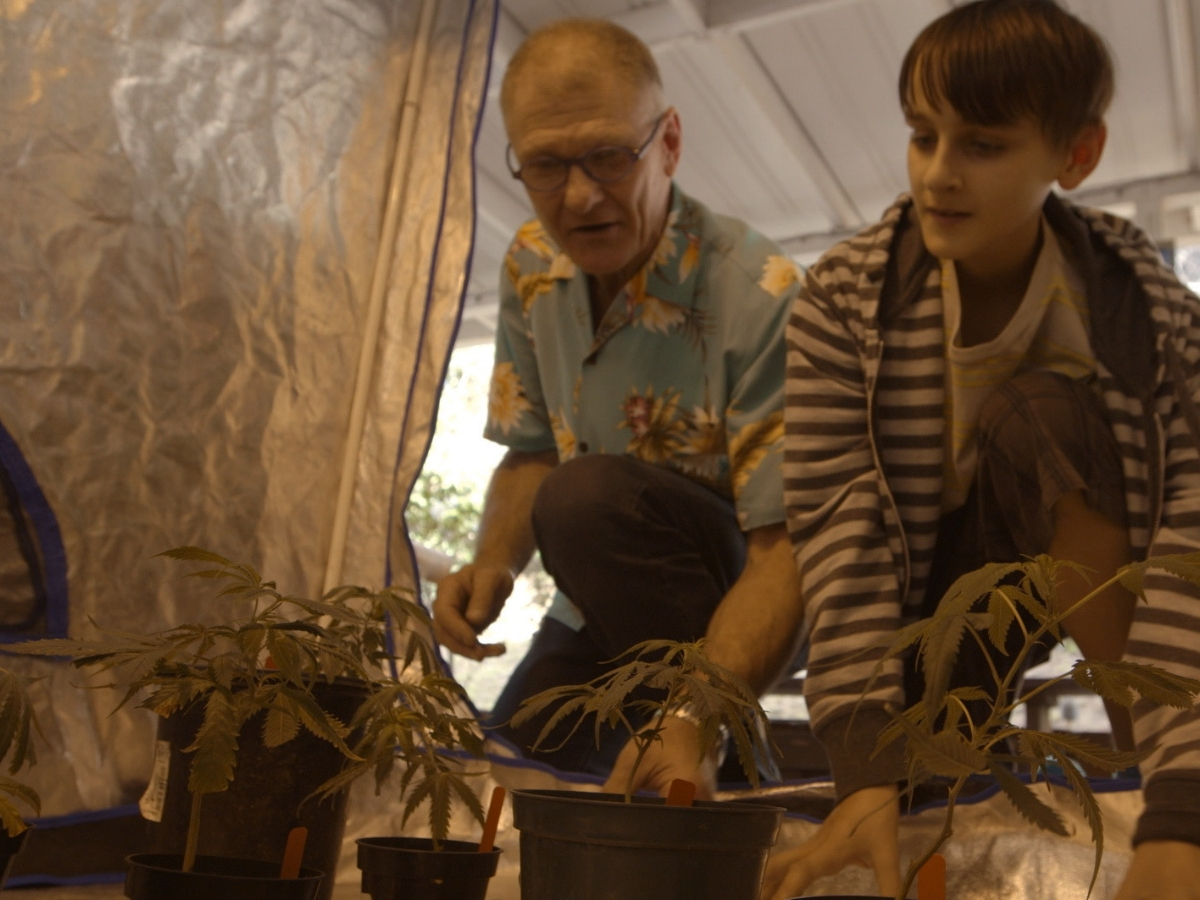 After years of being in front of the camera — with hit movies like Hairspray and her own titular daytime TV talk show — Ricki Lake has turned her attention behind the scenes, creating groundbreaking documentaries with her producing partner, director Abby Epstein. After tackling the birth industry and breastmilk, Lake and Epstein have set their sights on medical cannabis. Their newest film, Weed the People, documents the lives of families doing whatever it takes to obtain lifesaving cannabis oil for their children who have cancer.

While Lake and Epstein have never shied away from provocative topics, the idea for Weed the People came to them by chance. Lake was a contestant on Dancing with the Stars in 2011, when the mother of a seven-year-old fan reached out to her via social media. The mother explained that her little girl was going through chemo and would watch videos of Lake dancing with Derek Hough to get through her brutal treatments. According to Epstein, Lake and her then-fiancé, the late jewelry designer Christian Evans, fell in love with this child and began researching integrative treatments for her.

“Christian discovered all these studies about cannabinoids helping to slow down tumor growth and the next thing we knew, we were on a plane to Mendocino to take this little girl to visit a cannabis physician,” Lake explains. “The whole genesis of the project was really organic and spontaneous. We were just following our hearts.”

Unlike with their previous documentaries (Epstein’s pregnancy ended up being a part of The Business of Being Born), neither of the women had much experience when it came to medical marijuana. Lake’s husband had been consuming it to manage chronic pain, migraines and attention deficit disorder, and they saw how much more it helped him than conventional medication. However, their knowledge of cannabis and its varied medical benefits grew as they began filming.

The making of Weed the People took them all over, from pediatric oncology wards in California to research laboratories in Israel, where incredible advancements are being made with medicinal cannabis. Epstein and Lake ended up following the stories of five different families as they battle uncharted territory, trying to access cannabis oil for their sick children. Included among them is Sophie Ryan and her parents Tracy and Josh. Sophie was diagnosed with an optic pathway glioma brain tumor at only eight and a half months old. Having learned about cannabis oil through other parents on Facebook, and doing their own research, they decided to give it a try. After a period of trial and error under the care of Aunt Zelda’s Oil co-founder Mara Gordon, Sophie’s tumor began to shrink.

And Sophie’s experience wasn’t unique. All of the families interviewed for the purpose of the documentary shared their miracle stories.

After surgery to remove a 2lb tumor followed by 20 weeks of chemotherapy, toddler Cecilia von Harz’s cancer of the kidney had metastasized in her lungs. Following was a course of radiation treatment and another round of aggressive chemo, before Cecilia’s parents chose to opt out of chemo altogether and treat her instead with cannabis oil. Soon, all of her metastasis had disappeared. 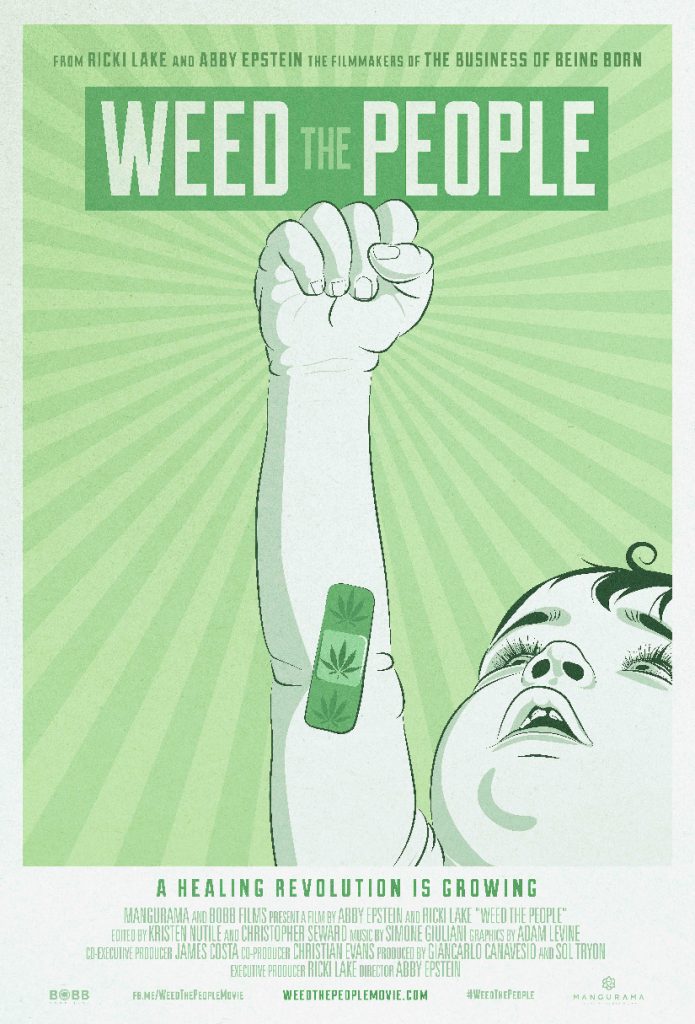 Diagnosed with a form of bone cancer called osteosarcoma at age 13, AJ Kephart ended up having multiple surgeries and rounds of chemotherapy. Finally out of conventional treatment options, AJ and his parents took his doctor’s advice to look into “alternative medicine.” After AJ started taking cannabis oil, he experienced a complete and “unexplainable” remission.

The film also highlights the work of doctors and experts in the field, like Dr. Bonni Goldstein, who are working toward helping families access this life-changing medication. A pediatric ER doctor, Goldstein became interested in medical cannabis after seeing how well it worked for a friend with cancer. Today, she is one of the top cannabis doctors in the country and works with patients, including ones like AJ.

Present for all the breakthroughs and bitter moments, the documentary team began to better understand what would become the heart of their film: If weed is truly saving lives, why doesn’t the government want people to access it?

Epstein ended up learning a lot about cannabis while working on the documentary, and she hopes others will learn from the film as well. As for what exactly she learned? “It is entirely possible to reap the benefits of medical cannabis without feeling ‘stoned’ or uncomfortable! The other thing is how widely used cannabis used to be as a medicine in the US before Prohibition. Doctors relied on it and the AMA [American Medical Association] actually protested against the [Marijuana Tax Act] in 1932.”

According to Epstein, Weed the People challenges our notions of what defines a drug versus a medicine. She hopes that by sharing these stories of devoted practitioners and brave parents fighting to heal their children, “we can hold the government accountable for criminalizing the one plant that could save them.”

One additional hope that both Lake and Epstein share is that their film helps destigmatize the concept of cannabis as a cure. “Most people believe that this is a drug of abuse that is highly addictive and dangerous,” explains Epstein. “But the truth is that cannabis is being used to treat people with serious addictions, and it’s one of the safest medications around. Also, most people believe that cannabis must be smoked. They don’t realize that you can take it orally, in a pill form or even a suppository.”

In addition to busting cannabis myths and providing a platform for parents of sick children, Lake and Epstein hope their film spurs action. “We suggest getting in touch with new congressional leaders after the midterms and encouraging them to pass laws that will make this plant accessible and affordable for everyone,” Epstein suggests. “We also encourage speaking about this openly with your physicians and encouraging them to screen the film. We need more doctors who are comfortable recommending cannabis to their patients.”

Weed the People is screening now in select US theaters. For more information, check out the official website and the trailer below.