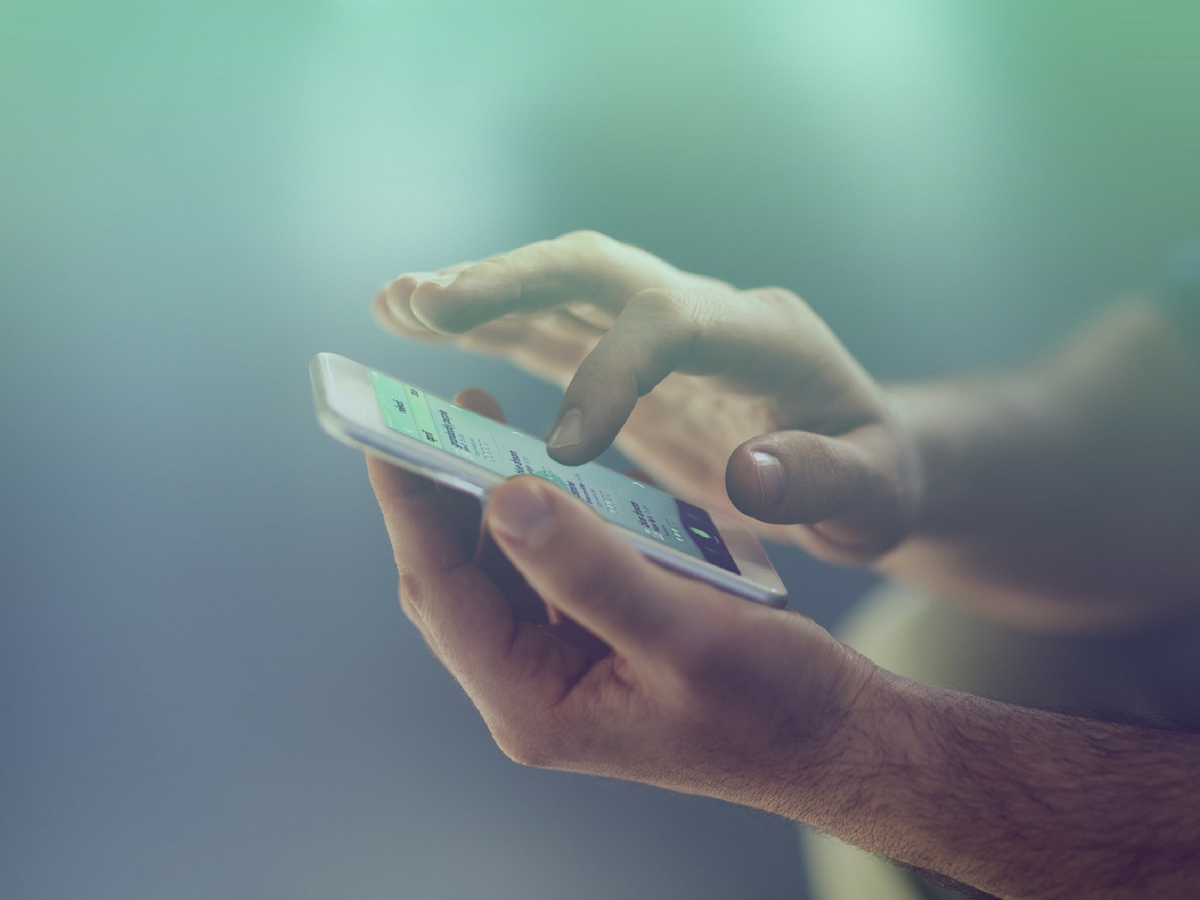 It’s amazing what can happen in just two years. The recent partnership announced between the cannabis app Releaf and the nonprofit Americans for Safe Access (ASA) is proof that patience, and dedication to the consumer, is a virtue in the green space.

“Americans for Safe Access has been an important champion for cannabis patients since 2002. [Releaf is] very excited to work with such a well-respected organization, and we’re honored that they recognize our sincere passion for empowering patients,” says Franco Brockelman, CEO and founder of Releaf.

The joint venture between the Washington, D.C.-based app and the longtime cannabis patient nonprofit organization will improve how users and dispensaries share cannabis knowledge, as well as the quality of medical data for researchers across America.

So, what exactly is Releaf? It’s the first cannabis app to allow patients to record and report their medicine and how it makes them feel — in real time.

While currently there exists digital products for tracking sales data and for recommending cannabis-ingesting products like pipes, currently there exists nothing to document how everyday patients are testing medical marijuana. That’s where Releaf comes into the equation. At present the people behind the app are at the stage where they are taking data to researchers, doctors and scientists to build resources to further help patients.

Here’s How The Releaf App Works

The Releaf App can help anyone track their own medical marijuana consumption in an organized and secure way. Instead of relying on online strain reviews or solely on the name of the strain, Releaf’s symptom-specific data is used by dispensaries for better recommendations to patients. Releaf reps also say the company is on the verge of rolling out a new geo feature to better serve users, with custom recommendations based on the bud available by location.

When you’re ready to medicate, here’s what you do:

“Releaf is bucking the system of how we choose our marijuana,” explains Brockelman, “by cutting through all the fancy marketing and old slang terms to inject efficacy and optimization in how we shop for cannabis.”

With Colorado currently considered the mecca of cannabis business in the USA, Brockelman reveals to Big Buds Magazine that Releaf is relocating from DC to Denver, and is excited to be working alongside cannabis industry leaders, researchers, and universities, like Colorado State University and its Institute of Cannabis Research (CSU-Pueblo).

“It’s much easier to meet up and network. It’s always better meeting someone face-to-face to get a sense of what they’re all about.” says Brockelman of the big move to the Centennial State.

Released mid-2016, the app has nearly two years’ worth of valuable medical marijuana data. But there’s value for recreational users, too, thanks to the app’s concentration on wellness. Indeed, Releaf was conscientious of using the term “wellness” in place of “recreational” because the former suggests self-improvement and a more goal-oriented result than what recreational use of the plant suggests.

Releaf has already partnered with medical marijuana dispensaries like Takoma Wellness, one of DC’s original medical shops, and is always looking to partner with more.

“Most dispensaries simply don’t know that much about their menu right now,” Brockelman says. “Currently, there’s no other way to approach the cannabis menu with confidence — our app scales that up.”

Weekly in-app reports on symptoms and best patient-reported cannabis varieties ensures Releaf is bringing confidence to patients, one menu at a time. The reports are batch specific, so budtenders and shop owners can buy and sell according to what is working for their patients.

“Real-time tracking is very important and patients appreciate it as they get more involved with it,” adds Brockelman. “The feature also collects more accurate data by encouraging patients to pay close attention to their feelings.”

Releaf allows users to track up to four symptoms. For example:

The real-time tracking element is a game-changer for medical marijuana patients, and is invaluable because there’s so much to communicate when medicating that it can be difficult to remember every feeling throughout the medication session. Perhaps we can all agree that relying on memory for cannabis tracking isn’t exactly reliable, and real-time tracking ensures that self-reporting is not an afterthought.

The app is constantly evolving as patient input pours in, suggesting new feelings to choose from and new feature ideas. Releaf is passionate about the user experience and seeks to gain the trust of patients by listening to their concerns and honest feedback. It’s how the developers make the app better. After all, it was their initial goal to build a trustworthy company for patients as they approach the new and sometimes intimidating world of legal cannabis.

Demystifying the cannabis experience lies in the unique data sets that include the precise products from participating menus. Basically, the data being collected isn’t only the name of the strain but the testing, or the so-called fingerprint of the cannabis variety or product. This helps us to learn not only what range of effects a particular strain may have, but the particular effects of that strain’s batches as well.

Partnered dispensaries are also able to integrate their live menu into the app, which creates an important feedback loop for the industry.

“I’m thinking of what [patients] need, how to make it the most functional and beautiful,” says Brockelman. “It’s thinking through many concepts and models of how things work — that’s where our team at Releaf excels.

“The Releaf partnership with ASA elevates the patient experience at dispensaries hoping to provide enhanced services to their patients and staff,” he adds, bringing the conversation full circle. 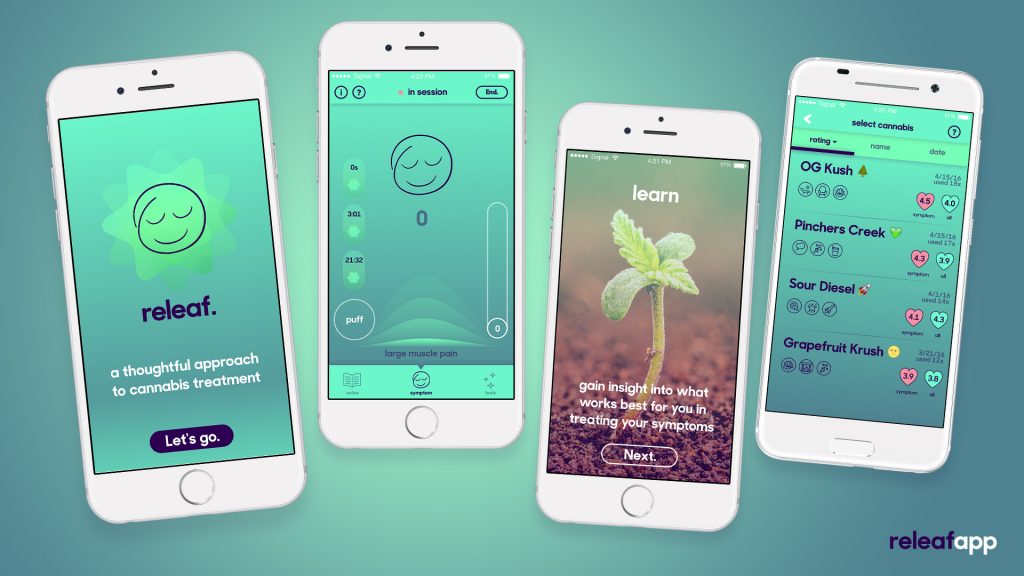 Wondering how the company got the attention of some of the most respected medical nonprofits in the green space? Brockelman explains it was down to the honesty in Releaf’s mission statement and level of professionalism.

Remembering his company’s first demo day in Philly a couple of years ago, Brockelman recalls, “The representatives at ASA always liked our [cannabis convention] booths and honesty with our project and it kept evolving to the point where we agreed that we could really help each other by teaming up and fighting for patients together. Now, we both stand to benefit from each other’s networks and extend our reach.”

Nowadays, data rules — and it’s the most important weapon cannabis advocates have in their arsenal. ASA works with research groups and others interested in Releaf’s data, and in turn ASA sees Releaf as a patient-focused and progressive tool serving as a natural extension of its own patient-focused education.

In this era of state-legal cannabis laws, there remain setbacks that will continue to arise, such as the negative tone recently set by the likes of anti-cannabis Attorney General Jeff Sessions. Fortunately, strong voices and big data are fighting back.

As world-renowned travel writer, longtime cannabis advocate, and National Organization to Reform Marijuana Laws (NORML) board member Rick Steves told lawmakers in Washington, DC in February, “It’s not 2010, we have years of [cannabis] data that is showing from my home state of Washington that regulation works.”

Oregon Congressman Earl Blumenauer, co-chair of the Congressional Cannabis Caucus, invited Steves to DC to set the record straight to legislators about legal cannabis. “We are thrilled to welcome him to Capitol Hill as we continue to educate members and their staff about the importance of addressing this issue now,” Blumenauer said. The Cannabis Caucus is dedicated to developing and promoting sensible cannabis policy reform, and works to ease the tension between federal and state cannabis laws.
“You don’t need Jeff Session to give the okay to gather data,” adds Brockelman. “If we help people track their experiences and feelings, we can show evidence of efficacy and help cannabis be further thought of as medicine.”

Releaf is available for download at the App Store and at Google Play.

Bud Education: Strategies For Improving Your Cannabis Education Today
Harvest Bloom: How To Harvest Your Marijuana To Get Multiple Highs From The Same Bud