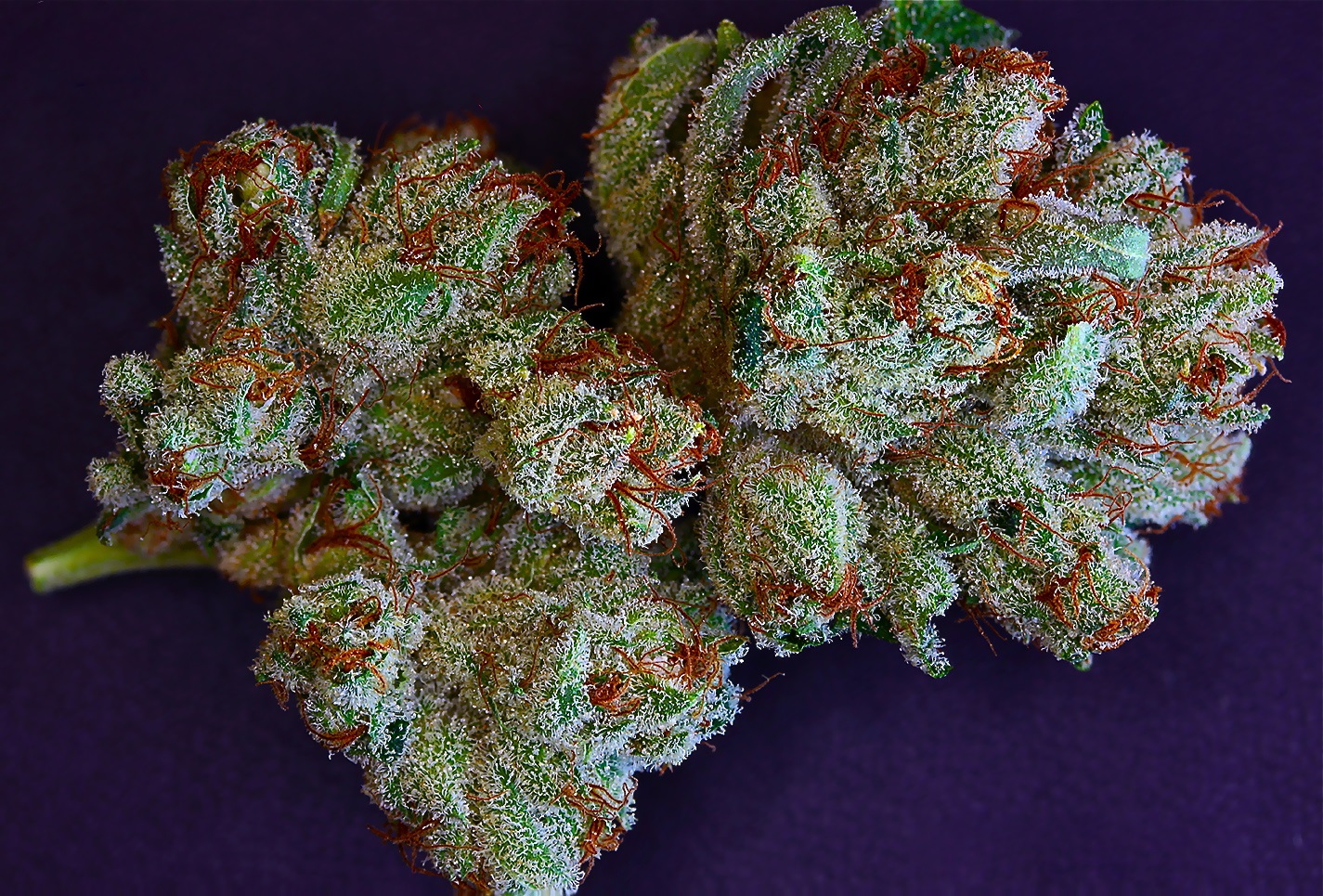 When Moonshine Haze from Rare Dankness Seeds won the Best Seed Company Sativa award at the Amsterdam High Times Cannabis Cup in 2011, it sure didn’t surprise the strain’s breeder.

It takes 90-96 days in bloom phase for Moonshine Haze Sativa to fully mature, and you’re advised to go to 12-12 lighting before the plants get more than about 20 inches tall…unless you want to do training and SCROG, or lift your ceilings.

But is Moonshine Haze worth the wait?

Grow and inhale Moonshine Haze, and after you come back from your psychedelic Sativa trip, you’ll say YES!

Because Rare Dankness is based in Colorado where marijuana breeders have a more-legal situation in which to breed, test, and experiment, Scott and his crew have been able to create pioneering strains faster and with more scientific precision.

Rare Dankness has won a ton of marijuana awards, and its seeds are top sellers at seed banks worldwide.

When you look at the company’s seed selection, you recognize that Rare Dankness has opened the world of clone-only marijuana to those of us not fortunate enough to have access to clone-only networks!

Working with hundreds of distinct clone-only cuts for many years, and creating carefully bred and tested seed strains from them, Rare Dankness has added an enormous amount of previously unavailable marijuana genetics library to the marijuana growing community.

In today’s article, you’re getting an exclusive interview with the Rare Dankness man himself as he discusses his vast experience and well-respected history as a cannabis breeder, his marijuana strains, and the cannabis seed business.

Big Buds Magazine: Scott, it’s a pleasure to talk to a marijuana pioneer who has quickly become a legend in the world of elite cannabis seed breeding. Start by telling us how you select, source, breed, and process your marijuana strains.

Scott, from Rare Dankness Seeds: I was an original member of the Devil’s Harvest Krew (DHK) which existed around Y2K. DHK were clone traders and collectors who circulated many of today’s popular clone-only varieties into various markets…known for accessing hundreds of hard to acquire cuts by means of trading clone-only’s for clone-only’s.

I’ve had more than a decade of marijuana breeding experience, and it’s been documented on the web.

I started having a presence on Overgrow.com way back pre-Y2K and built the reputation that makes Rare Dankness what it is today.

It’s been crazy, all the attention we get nowadays because of awards and magazine write-ups.

We haven’t even had to do any advertising.

The genetics speak for themselves and ultimately that’s why everyone is talking about us right now…because we’ve brought cannabis genetics to the market that carry their own potent distinctions.

I’ve also been fortunate to operate my own medical marijuana dispensary and consulting business in Colorado that gives me access to countless more excellent cuts of cannabis.

Also, great friends and family have passed me genetics; one of my favorite males was given to me in seed form from a patient of mine who served in Afghanistan.

One thing that makes us excel is the numbers of plants we grow out for testing and the use of modern laboratory testing in our selections processes.

Working within the legal framework of the medical marijuana industry in Colorado, we’ve legally grown thousands of plants.

We have access to nearly unlimited space within partnered medical marijuana research facilities, including indoors, outdoors, greenhouses, and LED grows.

Scott: In some ways, we’re all working with someone else’s genetics, but the outright pirating of a strain someone else has worked hard and long to develop isn’t cool.

You’re basically taking food out of the mouth of the strain’s creator.

I’d never release a Tahoe OG, Cannalope Haze, or Shishkaberry…but I see nothing wrong with taking a cut or a seed variety and working it and developing your own twist on the line as long as the original line is represented in the lineage.

But to make a bunch of F2s of Cannalope Haze and sell them as your own strain is wrong and disrespectful.

Some say we’re supposed to be flattered by imitation, but the shadiest thing I’ve heard of is a new marijuana seed company entering marijuana competitions with strains grown from competitors’ seed stock, but claiming them as their own.

BigBudsMag.com: Let’s close this article by telling marijuana growers how they can get Rare Dankness marijuana seeds.

Scott: That’s easy. All you have to do is go to our raredankness.com website, where we have a listing of reliable marijuana seed sellers, including internationally.