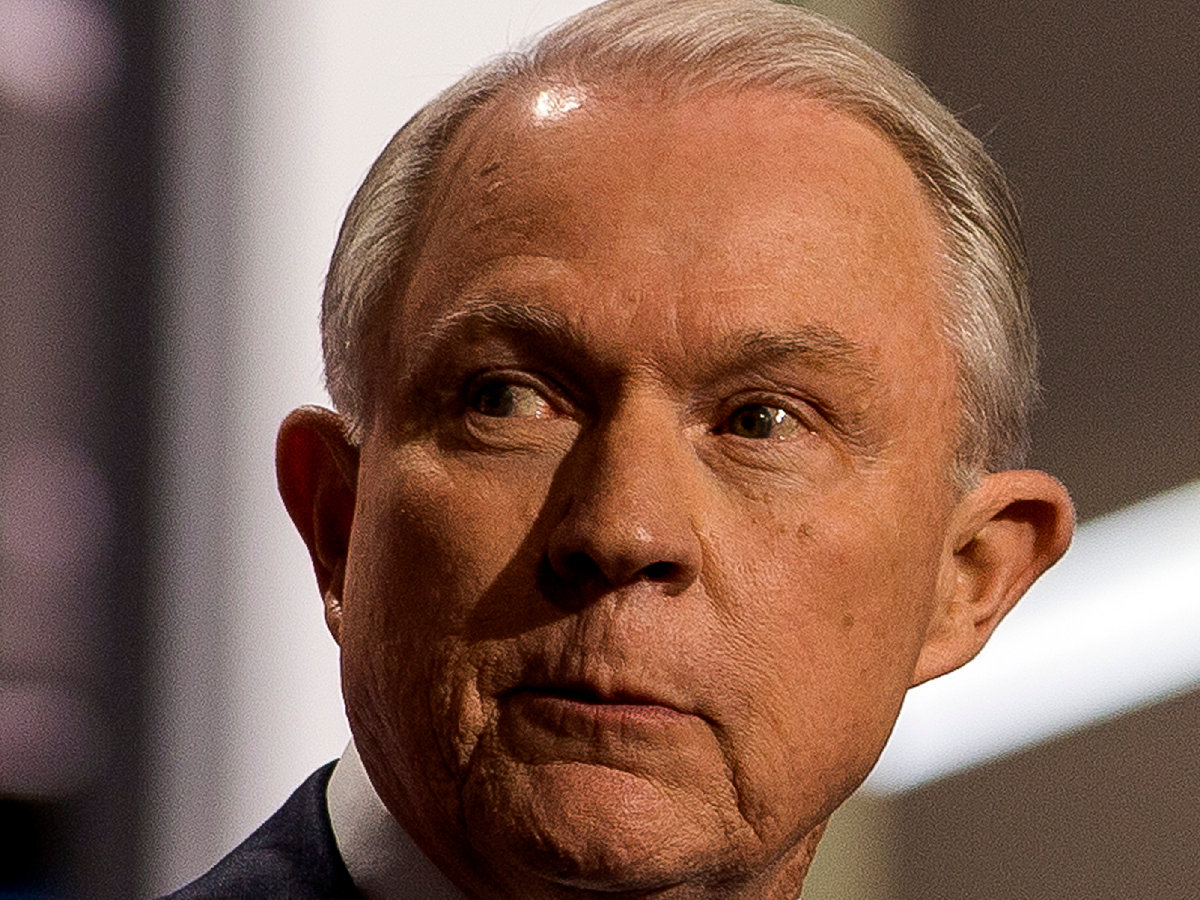 Attorney General Jeff Sessions has said a lot of terrible things about cannabis.

In comparison, President Trump hasn’t said much at all about legalization, despite its potential to boost the economy and create jobs.

However, Sessions’ war on weed proves legal action doesn’t need to come from the executive branch, with Trump’s appointment of the conservative Alabama senator revealing all we need to know about his political opinions on cannabis, without outright declaring a stance.

In April of 2016, The Washington Post reported that during a senate Caucus on International Narcotics Control, Sessions had explained that lawmakers must foster an environment of “knowledge that this drug is dangerous, you cannot play with it, it is not funny, it’s not something to laugh about … and to send that message with clarity that good people don’t smoke marijuana.”

“We need grown-ups in charge in Washington to say marijuana is not the kind of thing that ought be legalized, it ought not to be minimized, that it’s in fact a very real danger,” he added.

“You can see the accidents, traffic deaths related to marijuana jumped 20 percent. These are the kind of things we’re going to see throughout the country and you’ll see cocaine and heroin increase more than it would have, I think, had we not talked about it.”

While we’re unsure about from where Sessions gets his statistics, there have been several studies released finding that traffic fatalities declined in states where medical marijuana is legal.

To further drive home the point of Sessions’ somewhat quirky moral stance, in November 2016, The New York Times reported that an African-American prosecutor testified that Sessions said the Ku Klux Klan “was OK until I found out they smoked pot.” Sessions had also addressed the prosecutor as “boy.” While he denied calling the attorney by the pejorative, he didn’t address or deny the first claim about the KKK.

Additionally, in the past Sessions has compared student protesters and antifa to the Klan, just so we’re all clear on what his perspective is.

2017: “I Reject The Idea That America Will Be A Better Place If Marijuana Is Sold In Every Corner Store”

Last March, while addressing an assemblage of federal, state and local law enforcement in Richmond, Virginia, Sessions again let his feelings fly regarding the war on drugs, particularly as it pertains to the devil’s lettuce.

Discussing the prescription and illegal drug epidemic that’s sweeping the nation, Sessions insisted that the only surefire way to end the opioid and heroin crisis was through doubling down on criminal enforcement, treatment and prevention, extending these actions to cannabis.

“I realize this may be an unfashionable belief in a time of growing tolerance of drug use,” he told the gathering. “But too many lives are at stake to worry about being fashionable. I reject the idea that America will be a better place if marijuana is sold in every corner store. And I am astonished to hear people suggest that we can solve our heroin crisis by legalizing marijuana — so people can trade one life-wrecking dependency for another that’s only slightly less awful. Our nation needs to say clearly once again that using drugs will destroy their life.”

Yes, Sessions even brought Lady Gaga into the ring.

In an interview with The New Yorker, published in January 2014, President Obama said, “I smoked pot as a kid, and I view it as a bad habit and a vice, not very different from the cigarettes that I smoked as a young person up through a big chunk of my adult life. I don’t think [cannabis] is more dangerous than alcohol.”

According to Forbes, just two days after that story was published, a rankled Sessions bit back with quite the response.

“I have to tell you, I’m heartbroken to see what the president said just a few days ago. It’s stunning to me. I find it beyond comprehension,” he said. “This is just difficult for me to conceive how the president of the United States could make such a statement as that. … Did the president conduct any medical or scientific survey before he waltzed into The New Yorker and opined contrary to the positions of attorneys general and presidents universally prior to that?”

Sessions then added, “Lady Gaga says she’s addicted to it and it is not harmless.”

We bet Mother Monster was thrilled to be namechecked by the venerable and gnome-like Alabama slammer.

The Bad Seed? Not Today, Satan! These Are The Seed Banks You Can Trust, Every Time
Cali Cannabis Cup Runneth Over. What Does The Excess Mean For Prices And For Black Market Sales?