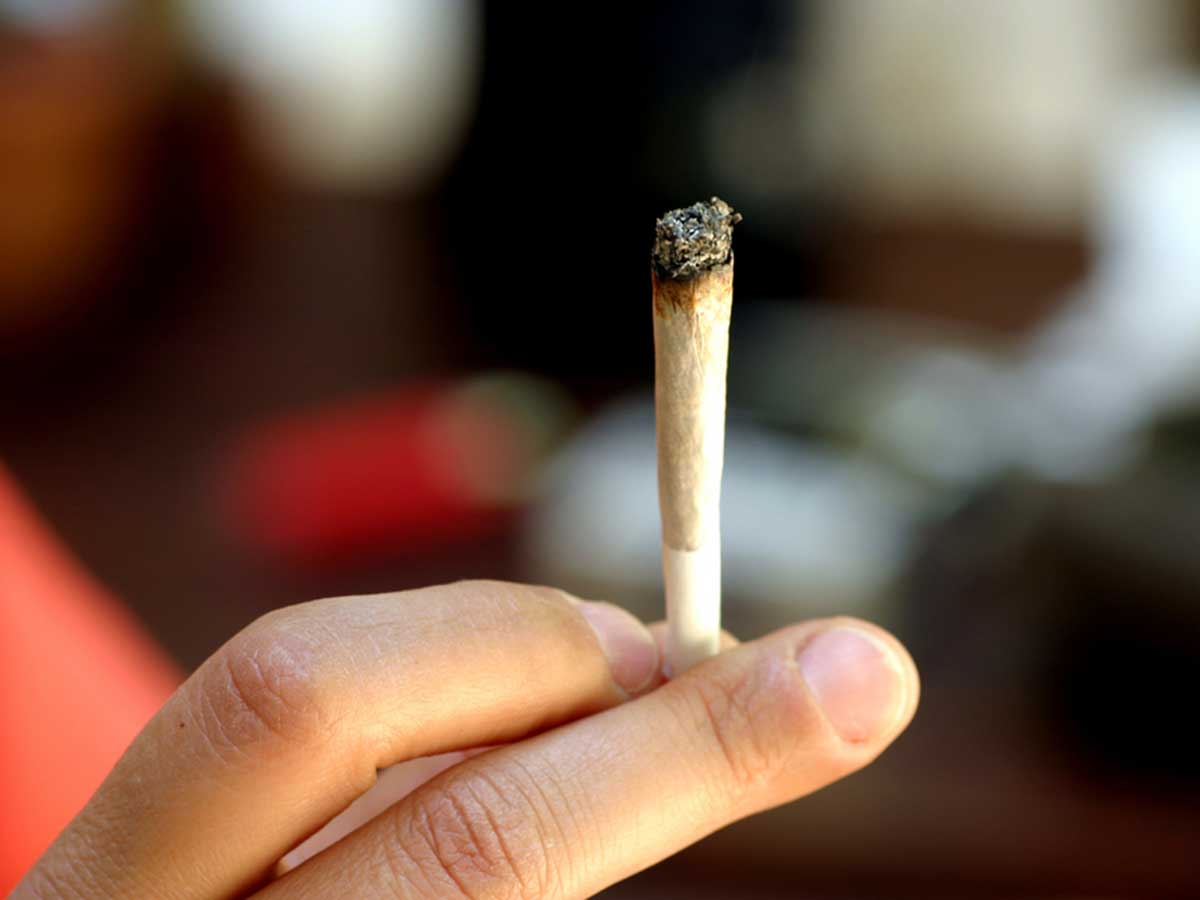 Quitting marijuana is terrible to have to do, but make it as easy as possible.
By J. Franklin | Published: November 17, 2015

One of the biggest challenges I ever faced happened when I got busted for growing marijuana and was put on pre-trial mandatory, weekly drug testing.

The judge warned me if I tested dirty, my bail money would be forfeited and I’d be put in jail until trial.

The trial wasn’t going to happen for at least four months.

Even two weeks after quitting marijuana, I was still testing dirty!

So after inhaling buds, dabs, or live resin all day every day for years, I had to quit using cannabis.

My body ached. I was already angry because of the bust, and felt constant rage. I lost my appetite and had problems sleeping.

This went way beyond depression.

But I had to keep my head together so I could beat the criminal charges.

I talked to stoner friends who said they’d built up tolerance to marijuana and were unable to get high, so they voluntarily took a break from getting high.

Others recalled when they were forced into quitting marijuana after getting a job that had urine testing.

Each person had their own story about how they handled the problems of quitting marijuana.

Here are tactics that helped me get through quitting marijuana:

Take Supplements and Smart Drugs: Marijuana is brain food and your brain gets used to feeding on marijuana.

When you’re quitting marijuana, your brain has empty cellular-level spaces where cannabinoids used to be.

Those empty spaces need to be filled up by neurotransmitters your brain makes itself.

But your brain has become sluggish and lazy, relying on cannabinoids rather than its own production of the neurotransmitters that cannabinoids mimic.

To stimulate neurotransmitter production, I took supplements L-Tryptophan and L-Tyrosine along with a carrier form of Vitamin B called P-5-P, and Vitamin D-3, Cal-Mag Citrate, and a zinc and copper combination.

These supplements boost neurotransmitters that make you feel happy and relaxed, while also reducing pain and tension.

In other words, they fight depression, withdrawal, stress, anxiety, and other unpleasant feelings you might experience when quitting marijuana.

I recommend the brand Source Naturals for the L-Tryptophan, L-Tyrosine, and Tongkat Ali, and Solaray for the Cal-Mag Citrate and Zinc/Copper.

I recommend Solgar for the P-5-P and Vitamin D3.

As an added benefit, these supplements increase energy and exercise performance.

Read this article to find out more about what they are and how they work.

Cleanse & Change Your Diet: Certain marijuana strains give me ravenous munchies so I eat way too much sugar and other unhealthy food items.

I was sloppy in my food choices. I gained weight and felt addicted to food.

Because of quitting marijuana, I lost the cannabis appetite boost. Goodbye munchies!

I had no appetite at all for the first few weeks of quitting marijuana. I especially didn’t have an appetite for sugary junk foods.

During that time I watched the nutrition and food video embedded in this article, changed my eating habits, lost 17 pounds, and beat my food addiction!

Go Out, Have Fun in Nature, Do Hardcore Exercise: Nature is a natural high, and so is working out.

If you do a hardcore workout in a natural setting, that’s double the value.

A hardcore workout is one that raises your heart rate to double its resting rate for at least 30 minutes.

This creates a hormonal change known as “runner’s high.”

Research shows that cannabinoids and exercise activate some of the same systems in your body.

If the exercise includes other people, you get even more benefits, because of the social buzz.

Even if you don’t exercise, when you feel bored, lazy, or  unhappy, find a park, beach, mountain or other natural place, you’ll get your mind into a new and happier space.

Socialize: Marijuana users are often introverts. We get high alone and enjoy the inner feelings that marijuana gives us.

Hanging out with people you like and who are good for you is a natural high.

You’ll feel a lot better because being social is a natural high that activates the dopamine circuits in your brain.

Do Volunteering: Before I got busted and embarked on the unwelcome hassle of quitting marijuana, I never did much of anything other work out, go to concerts, eat, grow weed,  get high.

After I got busted, I had to find new activities to take the place of getting high.

My attorney suggested I do volunteer work, because if you get convicted of a crime, that makes you more likely to get probation and other favorable treatment.

I volunteered at a farm animal rescue sanctuary, and at a nursing home.

Whenever I saw a sweet cow, goat, or pig respond favorably to my care, or when I helped an elderly person, I got a glow that reminded me of getting stoned.

Volunteering helped me forget the anger I felt about getting busted, as well as the pain of quitting marijuana, because I was focused on relieving the suffering of others.

Get Into Meditation & Yoga: These activities calm your mind and alter your consciousness.

They reduce body pain, tension, and other issues that often arise when you’re quitting marijuana and can give you a mellow high.

Take a look at this yoga video, and I’m sure you’ll feel very high…

If you’re quitting marijuana because you’ve built up such a tolerance to it than you can’t get high anymore no matter how much you use, try tapering off by using less and less until you go at least 5-10 days without using any cannabis at all.

The longer you go without getting high, the more your brain will reset.

And it took nearly five months of hard-fought court battles before I beat the felony charges and was freed from the bondage of drug testing.

When I started using marijuana again, I only took a toke or two before I got super high.

What’s even better is the high felt like the first times I ever got high.

There was way more depth and pleasure in the high. It was a happier high that lasted longer and had fewer “burn-out” effects.

I also enjoyed the taste and smell of my weed more.

So what I’m saying is that temporarily quitting marijuana sucked in many ways, but also helped me too.

If you’re forced into quitting, or if you choose to quit for whatever reason, you can get through it.

You’ll miss marijuana just like you’d miss a beautiful lover who goes away.

But one day you’ll be able to get high again, and it’ll feel like the first time!