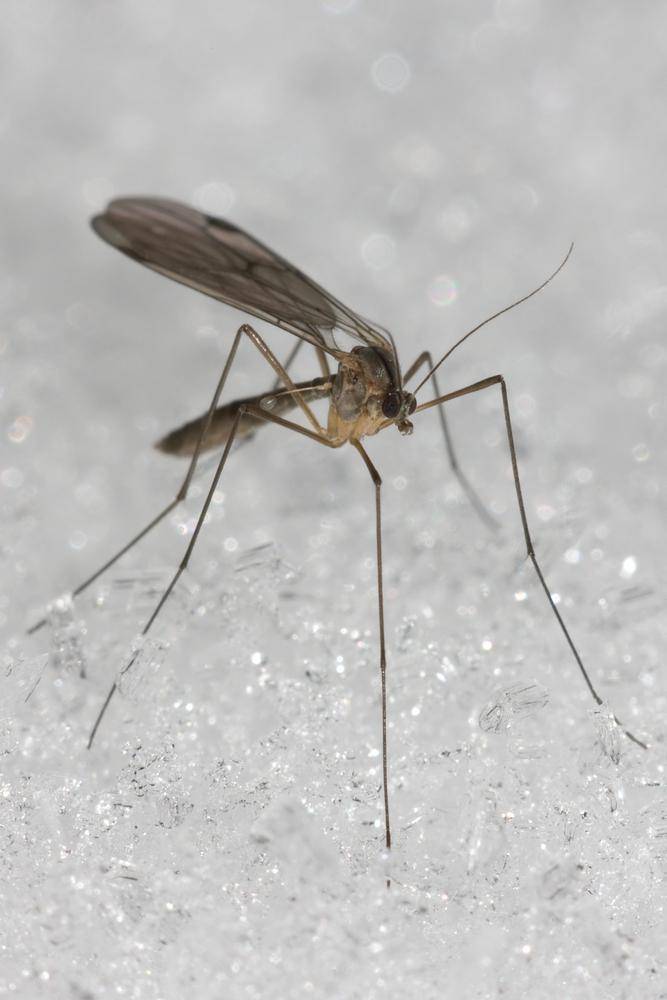 By Steve Davis | Published: June 18, 2011
There are tiny pests and pernicious diseases that can rob you of your hydroponics medical marijuana crops. In a previous article, we discussed gray mold that can rot your buds virtually overnight. In this current article, we talk about annoying creatures called fungus gnats that are a problem in many hydroponics medical marijuana gardens.

Fungus gnats are grayish-black flying gnats that live mostly in your hydroponics root zone, and especially in the top few inches of your root zone. They like soil, supersoil and similar root zone media, but can also survive in rockwool and sterile hydroponics root media.

Flying adult fungus gnats lay eggs that hatch to become fungus gnat larvae. Fungus gnat larvae are small, translucent to white in color with a distinctive black head capsule. They eat your plants’ roots and stems. They mature and lay more eggs. The cycle repeats itself over and over, and your marijuana plants suffer.

Fungus gnats cause your hydroponics marijuana plants to grow or mature slowly, or to have leaves that are yellowing, brown or curling. The gnats may transfer viruses or other pathogens into your plants and weaken your plants’ immune systems. Fungus gnats can cause plant death because they transmit fatal root zone diseases such as Pythium root rot.

Fortunately, there are easy ways to prevent fungus gnats from taking hold in your hydroponics garden. Start by putting a pest barrier between the outside and the inside of your hydroponics marijuana garden.

This includes using filters on as many vents, doors or other entryways to your garden as possible. It includes sterilizing tools and supplies, keeping pets out of your garden, and making sure that any clone or seedling material you bring in is absolutely free of pests and diseases.

You have to look real closely at clones with a magnifying glass or microscope, as well as examine their overall health, before you decide to bring them into your hydroponics grow room. It’s unlikely that clones may vector fungus gnats, but it’s possible.

More often, clones vector whiteflies, mites, and thrips into your hydroponics marijuana grow room. Another vector comes when you use potting soil that hasn’t been properly sterilized.

You prevent fungus gnats by using proper watering and feeding techniques. This is more difficult if you’re using soil as a root zone media, and/or if you’re running an organic feed program that hasn’t been properly implemented or manufactured.

In particular, many growers report problems using Earth Juice, FoxFarm and Pure Blend “organic” products. Growers suspect these products have not been processed or designed properly to work in your hydroponics marijuana garden.

If you feed these ferts to your crops, their organic components may accumulate at the top of your root zone where they combine with overwatering to create the kind of rich environment that fungus gnats love.

So avoid over-watering and let your top 2-3 inches of root zone dry out in between waterings. This on its own can kill most or even all fungus gnat larvae.

To kill flying fungus gnat adults, put up those yellow sticky strips that most hydroponics growers are very familiar with (also great for attracting and trapping whiteflies). Another strategy is to help natural breakdown of organic materials in your root zone by adding hydroponics enzymes that decompose organic matter.

By combining interdiction, killing adult gnats, and drying out the root zone, you can eliminate 99% of your fungus gnat problems without using harmful chemicals or other tactics.

Some people recommend using a hydrogen peroxide treatment, but this runs the risk of killing beneficial microbes you want in your hydroponics root zone.
Ask your hydroponics store to get you Gnatrol WDG, a granulated material that uses natural means to kill fungus gnat larvae.

Some hydroponics marijuana growers use Neem oil, but it’s not as effective as Gnatrol. Check out the organic gnat control ideas in the video embedded in this article.