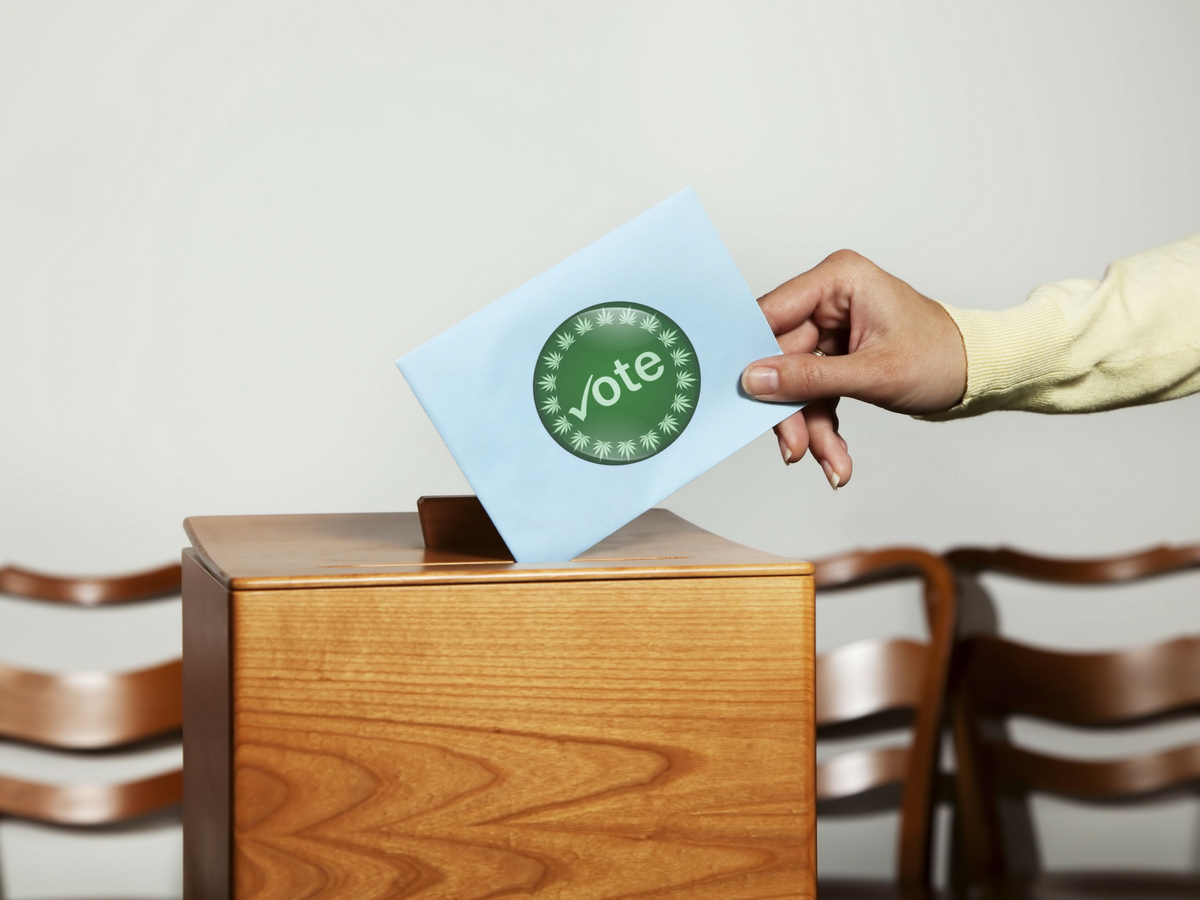 Throughout the nation, the 2018 midterm elections are being scrutinized under the proverbial microscope, as Democrats try to take back Congress in opposition to the policies enforced by the Trump administration. Candidates in highly contested districts are looking for a silver bullet that will help them reach victory — and there are indications that having a pro-legalization stance could be that silver bullet.

Those are promising figures, and it seems candidates in these key swing states may be taking note.

We spoke with Abigail Spanberger, a Democrat running for the House of Representatives in Virginia’s 7th Congressional District, and a Republican running for the House in Nevada’s 3rd District, Danny Tarkanian. Both candidates expressed support for cannabis legalization, and both happen to be running in contentious battleground districts.

“I support medicinal uses and the federal decriminalization of marijuana,” Spanberger asserts. “Further, I support the rights of individual states to legalize marijuana, and also recognize in states where recreational use is permitted, the need for access to financial services so that revenue from sales can legally enter our banking system.”

“Legalization should be decided by the states — not the federal government — and the people of Nevada have spoken,” Tarkanian says. “Marijuana dispensaries are legal businesses and must be treated as such. Banks should be willing to work with them like any other legal business in our great state.”

With how quickly the news moves, it’s easy to lose track of how many cannabis bills are currently moving through Congress. At present there are 41 pieces of legislation up for consideration, and several of those are proposing the full legalization of marijuana. That’s the first time in US history this has ever happened.

With Democrats and Republicans both proposing legalization bills in Congress, it’s becoming clear that legalization is finally a bipartisan issue. Where certain Democrats stood alone in calling for legalization only some years ago, we’re now seeing people on both sides of the aisle fighting in a major way for the end of prohibition.

“Candidates’ positions on marijuana policy can play a significant role in a tight race,” Mason Tvert, spokesman for the Marijuana Policy Project, tells Big Buds. “Support for legalization could directly appeal to some voters, or it could be one of multiple factors that voters take into consideration when developing their perception of a candidate.”

Tvert says that when legalization becomes a significant issue in a race, it can be a driver that encourages citizens to the polls — citizens who are hoping that legalization in their state is a likelihood if they vote. Tvert adds that he hasn’t seen being pro-legalization as a major drawback for many candidates.

“It does not seem like this is an issue that conservative voters prioritize, so it is relatively unlikely that it would be a deciding factor in a general election,” Tvert says. “It would more likely have an impact during a Republican primary, but even then, it does not seem to be a deciding factor for most conservative voters.”

According to an April Quinnipiac University Poll, 63 percent of American voters support the full legalization of cannabis. Astonishingly, 93 percent support medical marijuana legalization. It’s extremely difficult to find an issue that 93 percent of Americans agree on, so it would be foolish for candidates not to get behind that issue if they’re trying to secure more votes. Tvert says there are many ways to sell legalization to any voter wary of the system.

“Support for ending marijuana prohibition spans the political and ideological spectrums,” he explains. “Candidates can try to reach different voters by discussing a wide variety of reasons for supporting reform. For example, they can discuss how prohibition not only hinders civil rights and disproportionally impacts minority populations, but also wastes police resources and fosters disrespect for law enforcement.”

According to Vox, marijuana legalization may be having its “best year ever,” with the publication noting that even conservative states like Oklahoma are now voting in favor of medical marijuana. And with Canada set to introduce full adult-use legalization nationwide in October, this too could have a major impact on how quickly the United States changes its cannabis policies. It seems inevitable that within the next few years we’ll at minimum have national decriminalization, where states choose if they want to legalize or not.

Indeed, with the next election set for 2020, 2018 may be the last one in which candidates run on a platform of legalization. With how hotly contested the issue has become, and with sweeping support even in the most contentious of states, it would appear to be a smart, strategic move for candidates to jump on the crowd-pleasing bandwagon.

Let’s Get Lit: One Yoga Studio Is Giving New Meaning To The Meditation High
Cannabis Code of Ethics 101: Why You Should Never Talk To The Cops