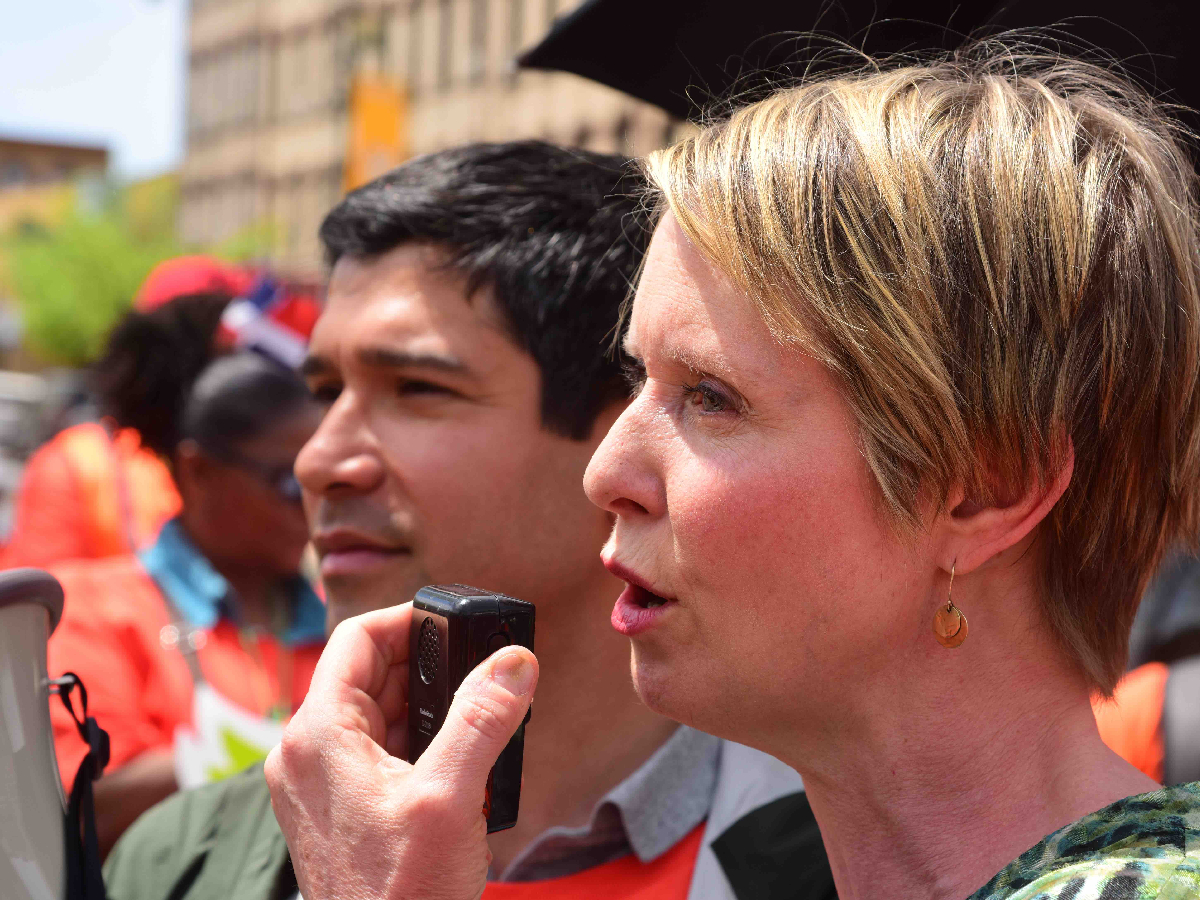 Sex and the City star turned cannabis advocate Cynthia Nixon vowed to continue her run to oust New York Governor Andrew Cuomo (D), after losing the party endorsement by 95 percent. Despite her loss, Nixon attended the May 23 Democratic Party State Convention at Long Island’s Hofstra University, telling the gathered press, “I am attending the convention today because New York Democrats deserve to have at least one actual Democrat running for governor at their state convention. We are here to show we are not afraid, and this is our party, too, and that voters have an alternative.”

Nixon’s campaign spokeswoman Lauren Hitt told HuffPost that the fact Cuomo obtained the endorsement of his party was “100 percent expected” and that “most people running for office will have to collect signatures to be on the ballot. It’s not seen as any significant hurdle.”

Declaring her endorsement of recreational cannabis legalization in the state of New York as one of her top priorities in her campaign, Nixon released a short video on her Twitter account April 11, acknowledging the racial disparity in cannabis convictions.

“I believe it’s time for New York to follow the lead of eight other states and DC, and legalize recreational marijuana,” she said, addressing the camera. “There are a lot of good reasons for legalizing marijuana, but for me, it comes down to this: We have to stop putting people of color in jail for something that white people do with impunity.”

Nixon continued that “80 percent of the New Yorkers who are arrested for marijuana are black or Latino, despite the fact that whites and people of color use marijuana at roughly the same rates. The consequences follow people for the rest of their lives, making it harder to get jobs or housing, and for noncitizens, putting them in the cross-hairs for deportation.”

She then stated that “in addition to ending a key front in the racist War on Drugs, regulating and taxing marijuana would generate hundreds of millions of dollars in tax revenue for our people and create important agricultural opportunities for our state.

“The simple truth is, for white people, the use of marijuana has effectively been legal for a long time. Isn’t it time we legalize it for everybody else?” she concluded.

Since its release, this brief video has generated a great deal of interest, with more than 134,000 likes so far. Nixon even received a response from Governor Cuomo, a two-term incumbent.

At a separate event in Long Island last month, when Cuomo was asked if New York was behind other states on the issue of cannabis legalization, he answered, “No, I think we’re actually ahead on it. We announced months ago that we were gonna study the legalization issue precisely for that reason.”

Clapping back at Cuomo for his remarks, Nixon then tweeted, “We got the #Receipts, @NYGovCuomo. Last year you attacked marijuana as a ‘gateway drug.’”

Nixon had been fundraising through donations of $4.20, tweeting, “A lot of people have been donating exactly $4.20 since we announced our plan to legalize weed in NY. Can we get 1,000 people to donate exactly $4.20 a month in the next 24 hours? Let’s try.”

With Nixon now intending to gather the 15,000 petition signatures required to get on the September primary ballot and continue her run for governor, her political fight can be seen as an important step forward for cannabis advocates in New York and the rest of the country.

While Cuomo has received endorsement from Hillary Clinton‚ who told the crowd at the Democratic convention, “We need leaders who believe in producing results and getting things done — leaders like Andrew Cuomo,” it certainly appears Nixon has a good grasp on some of the issues the cannabis community is dealing with, and with sufficient support, we can elect more reasonable representatives and expand cannabis legalization.