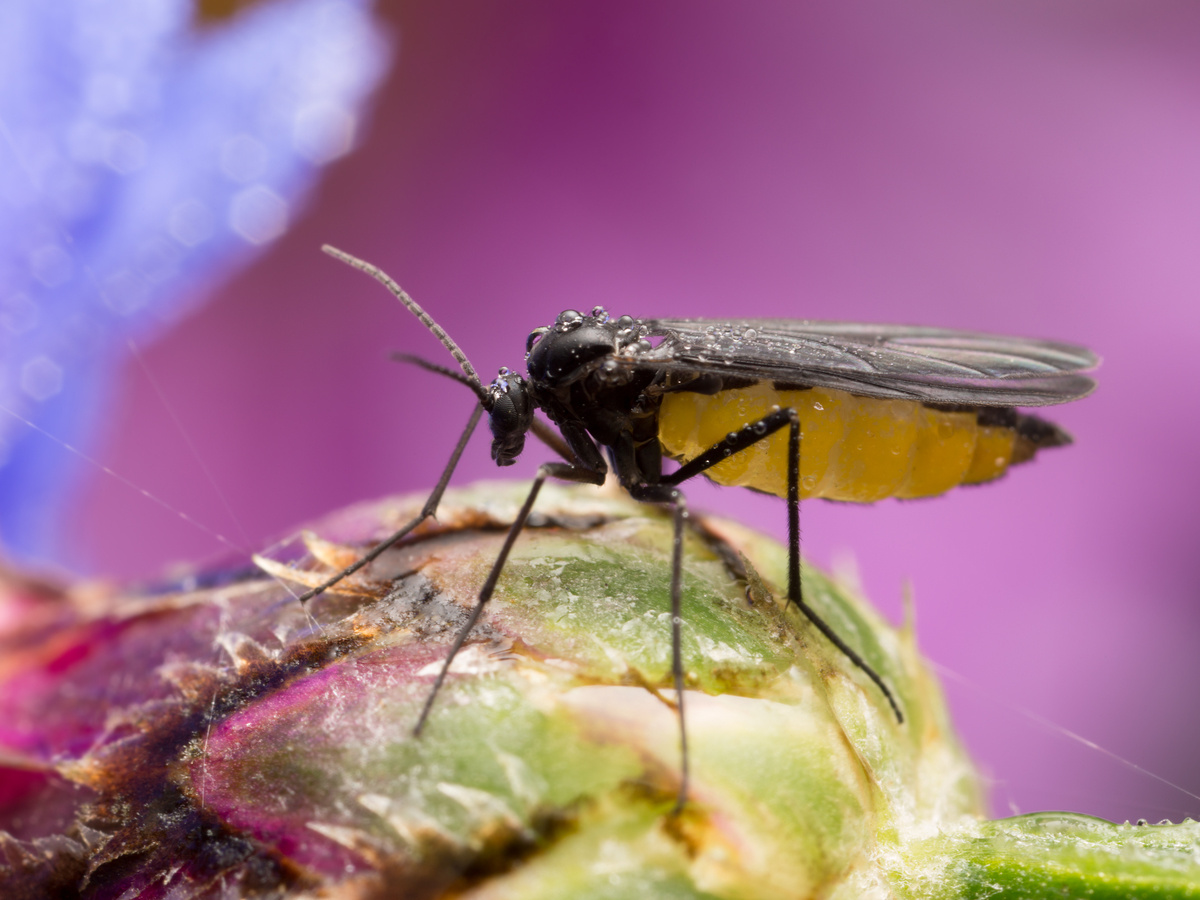 Fungus gnats are a persistent problem in marijuana gardens.

They’re tiny flying insects that can live in soil, inert material (such as coco coir and rockwool) and soilless mix.

When the larvae mature to become adult, they fly around seeking new places to lay eggs.

Fungus gnats are attracted to your cannabis grow room because they like moisture, food and light.

If you’re using most brands of organic nutrients, soil or soilless mix, and especially if you overwater, you’re providing an ideal environment for fungus gnats.

The main damage from fungus gnats come when their larvae eat the tender roots of seedlings, clones and plants younger than a month old.

Root damage leads to decreased intake of water, nutrients and oxygen, which in turn leads to slower growth and smaller yields.

It also creates the opportunity for root zone diseases to attack your roots.

Fungus gnats aren’t as catastrophic as other marijuana plant attackers (like powdery mildew, botrytis, spider mites, aphids, thrips, mealybugs), but they can create loss of vitality and vigor in your plants that significantly decreases growth rate and yield.

Here are the ways you block and stop fungus gnats:

Fungus gnats aren’t the worst pest you’ll have in your marijuana grow op, but you’ll do well to stop them from being there.