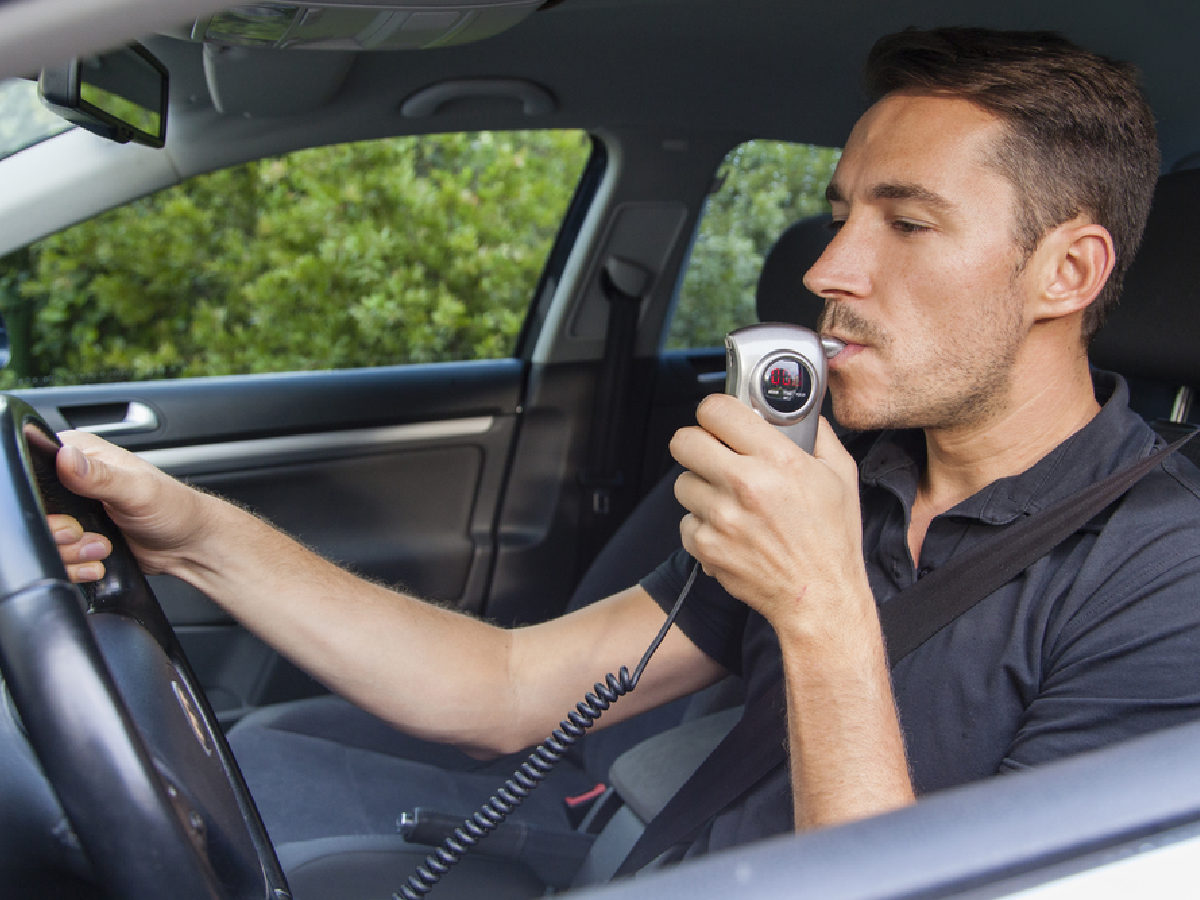 He and his company, the aptly-named “Hound Labs,” anticipate sweet profits from millions of dollars handed annually to California law enforcement in the next few years, especially because the Adult Use of Marijuana Act (AUMA) is now law.

AUMA mandates that law enforcement spend lots of money to attack so-called marijuana DUI or marijuana DWI (driving under the influence or driving while intoxicated).

Insider reports about the Hound Labs marijuana breathalyzer device, as well as media reports, show how sketchy it is when drug war profiteers and police try to tag marijuana users for bad driving solely because they’ve recently ingested cannabis.

One report describes Lynn riding along with his police officer buddies to randomly roll up on alleged “erratic drivers” and try to get them to abandon their constitutional right to remain silent by admitting they’d recently used cannabis.

The officers, and Lynn (who is using publicly-funded law enforcement officers to help him beta test his new marijuana breathalyzer product), pulled people over, told them they were going to be drug tested, convinced them to incriminate themselves, then tested them.

If they were found to have recently used cannabis, they were prevented from driving away.

According to criminal defense attorneys we spoke to, there appear to be civil rights problems with this tactic.

And of course, government ethics watchdogs question how a capitalist investor and inventor is allowed to use public highways, citizens, and law enforcement officers to test and market a marijuana breathalyzer device he hopes to profit from.

The attorneys noted that Hound Labs’ marijuana breathalyzer devices appear to have been created in part using assistance from taxpayer-funded University of California researchers and laboratories.

If AUMA passes, law enforcement will have powerful incentive to purchase lots of marijuana breathalyzer devices from companies like Hound Labs.

The problem with marijuana breathalyzer devices is the same as with marijuana blood and urine testing, although Dr. Lynn, Hound Labs, and their allies in the law enforcement and drug testing industries claim otherwise.

Consider this typical propaganda statement from people who promote the marijuana breathalyzer:

“In December 2015, Hound Labs Inc. became the first company to develop a proprietary scientific method to not only detect THC in breath but also to measure it in parts per trillion (picograms). The unique capabilities of the Hound breathalyzer offers a solution for addressing the growing issue of marijuana-impaired drivers in a manner that aligns with the interests of law enforcement, legislators, pro-marijuana advocates, and the estimated 33 million adult users of marijuana. No one wants drivers detained or wrongfully arrested because residual THC was detected days or even weeks after use. That’s the fundamental flaw of current detection methods that rely on tests of bodily fluids such as saliva, blood, and urine – methods that cannot isolate recent use because they detect THC long after the window of impairment. Measuring THC in breath is the only method that isolates recent use and provides the measurements legislators need to craft meaningful legislation that avoids wrongful arrests and assures users that they will not be subjected to unnecessary tests of their saliva and blood which do not correlate with impairment.”

The “fundamental flaw” that Dr. Lynn, the police, and all other advocates of marijuana DUI and DWI testing believe in is their bogus claim that recent use of marijuana automatically impairs driving ability.

All of us who’ve long used marijuana know what Dr. Lynn and his fellow geniuses don’t know—marijuana’s effects are idiosyncratic and personal.

Marijuana’s effects on driving are modified by many factors.

These include the set and setting the marijuana is used in, how marijuana is ingested, the percentages, types, and ratios of cannabinoids and terpenoids in the particular marijuana bud or edible used, the physiological and psychological state of the driver, whether the driver is a novice or experienced marijuana user, etc.

All Hound Labs’ device allegedly can do is precision-measure recent ingestion of THC– it cannot measure impairment!

For example, I can inhale or edible-ingest pure THCA and still drive much better than Lynn and most police officers.

I’ve used cannabis before driving and while driving, for two decades.

Never had or caused an accident. Never even gotten a ticket.

In fact, studies show cannabis users are more cautious than other drivers!

If I mix my THCA with extracted terpenoids, I completely change the effects I get from the THCA.

And they certainly wouldn’t be “impaired” for driving.

In many cases, especially for medical cannabis users who use marijuana to help with tremors, spasms, chronic pain, headaches, PTSD, and other maladies, marijuana makes them better drivers, not impaired drivers.

Of course the cheapest, easiest, fairest solution to the entire marijuana DUI problem is for Lynn and his law enforcement posse to abandon their dumb idea that detecting recent cannabis use automatically equals impairment.

Instead, the standard should be only what can be objectively determined: dangerous driving.

We all know dangerous driving when we see it.

And frankly nobody can really know for sure if someone is driving dangerously because they’re on Ritalin, Fentanyl, Oxy, anti-depressants, just had a fight with their spouse, a bad day at the office, too short to see over the steering wheel, too fat to be able to move the steering wheel, or maybe they’re just a dumb-ass who doesn’t drive safely.

We needn’t care why someone is driving badly.

All we should care about is are they speeding, bumpering, changing lanes unsafely, running people over, going too slow, or otherwise driving so dangerously that any reasonable person would want them taken off the highway.

If so, pull them over and bust them for that.

Because of the profit-driven, asset-forfeiture driven mentality of the drug war, police officers profile people and pull them over when they’ve seen absolutely no evidence of bad driving.

Take a look at this article and you’ll see exactly what I mean.

And as we’ve seen from the recent spate of videos and other reports showing police routinely lie about traffic stops, searches, use of Tasers, and even killing of innocent citizens, you can’t trust police at all!

They’ll stop you because they want to stop you, whether you’re driving badly or not.

They’ll try to scare you by saying they have a marijuana breathalyzer that’ll tell them if you recently got high.

“Wouldn’t you rather just confess right now that you recently got high and make things easy on yourself?” the cop will say, hoping you’ll be a frightened fool and incriminate yourself.

The attorneys we spoke to say that if anyone tries to get you to take a marijuana breathalyzer test, or to admit to marijuana use, refuse the test while maintaining your right to remain silent.

If you’re arrested for marijuana DWI or marijuana DUI based on a marijuana breathalyze, the attorneys advise the defendant to consider hiring expert witnesses who challenge the Hound Labs device and the “automatic impairment” mentality behind its use.

“You can’t scientifically prove that mere existence of recently ingested THC revealed automatically equals impairment,” one attorney said. “I don’t believe the device is as accurate as the manufacturer claims. I believe it detects THC that could have been ingested many hours if not days prior.”

So there you have it—the drug war is a capitalist tool for people looking to make money by harassing and busting the marijuana community.

If someone is driving badly, arrest them for it, and leave it at that.

No need to spend millions of dollars on fancy devices so a doctor-cop  gets stacks of cash preying on the marijuana community.