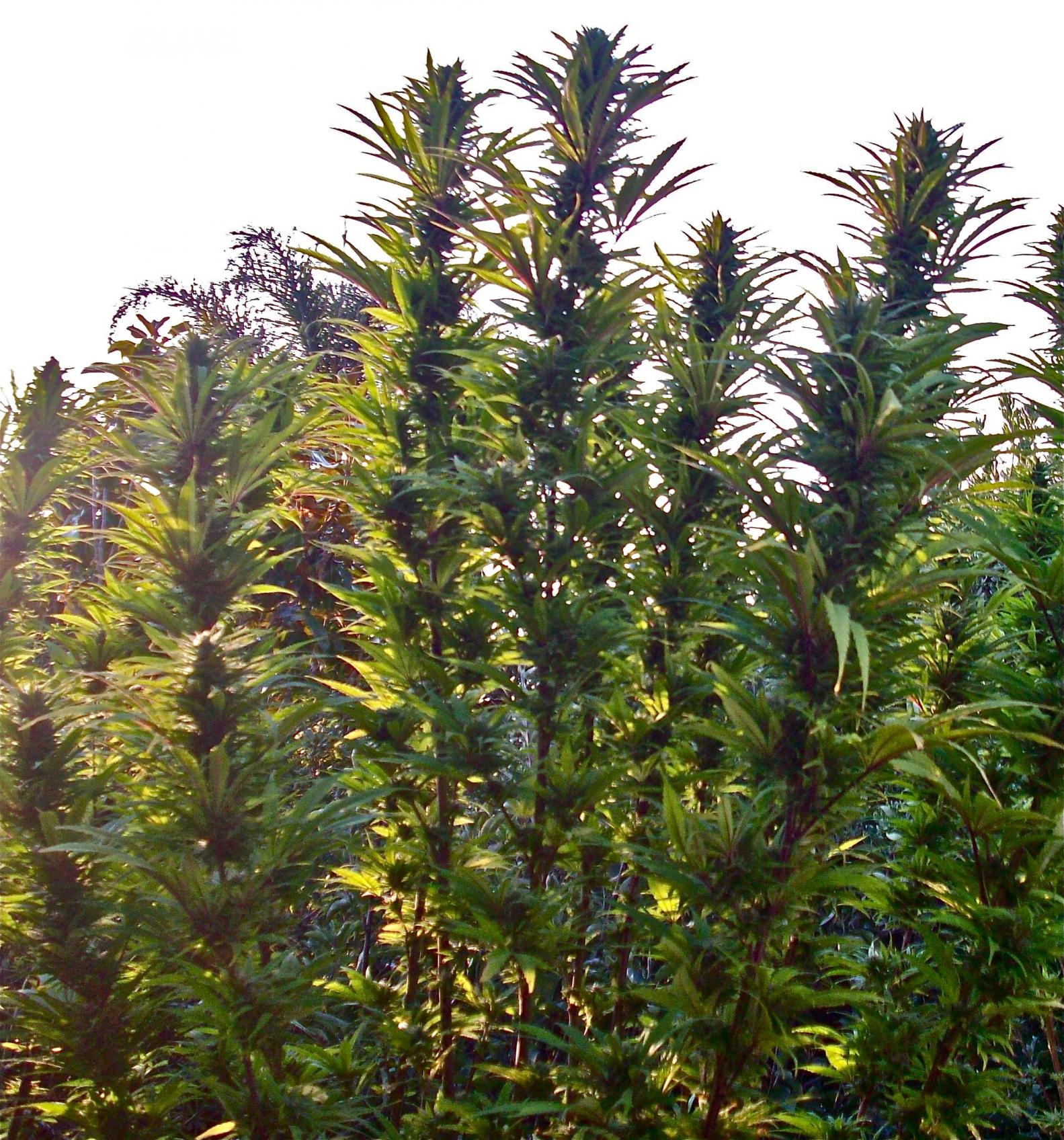 By Martin Fierro | Published: April 4, 2013
Besieged 420 marijuana greetings from Buenos Aires, Argentina, where we’re working hard to get the marijuana freedom people have in North America and The Netherlands. Four years ago our Supreme Court said it’s a violation of our civil rights for police to arrest us for small amounts of marijuana. But just this past Easter weekend, police shut down the hydroponics convention “Expo Grow” in Buenos Aires, and they even detained an innocent Canadian man who works for an international hydroponics company!

The problems first started on Good Friday (March 29) when police locked up the doors of the exhibition hall before the hydroponics show even started, posting a notice saying the Expo Grow license had been revoked because the gardening expo was a “threat to public safety.”

Activists and Expo Grow participants started a protest and asked for consultation with top members of the government. This eventually caused the police to change their minds and allow the hydroponics show to continue, but they made it clear they’d be closing the show if they could find sufficient reason to do so.

We hoped the Expo Grow would be safe from further interference, but on Saturday, Argentine federal police ordered everyone to clear their gardening materials and booths from the expo hall, and then they locked the doors and shut the whole thing down permanently. They told us the event “promoted an illegal lifestyle.”

My friends and I were sad to see the grow expo ruined, and were also quite worried when we saw police detain the international representative from the hydroponics company Advanced Nutrients.

I had talked with the man before the Expo Grow was closed, because I am one of few growers in Argentina who has ever been able to get his hands on Advanced Nutrients fertilizers. So you can understand why I was upset when we saw police detain him as he was leaving the Expo Grow and trying to get into a cab.

We stood by vigilantly, and overheard the police interrogating the man about his Advanced Nutrients hydroponics products and the hydroponics informational brochures and posters he had for the Expo Grow. He was very polite and professional with the police—much more than I would have been.

And although I am not a mind reader, I could intuit that the police officers eventually felt they were wasting their time by questioning an international businessman and closing down a gardening event.

What’s really crazy is that our country has an epidemic of alcohol abusers, violent criminals, and unsafe drivers, but instead of dealing with those real criminals, the police spend time targeting marijuana people. That’s why whenever I get the chance to share political opinions with officials, I always assure them that people who enjoy medicinal plants are productive, positive members of society who should be free of harassment.

The police finally released the Advanced Nutrients man, and we rushed over to make sure he was ok. He said that as a representative of Advanced Nutrients, he travels all over the world giving growers insider information about growing massively successful plants using high-value growing nutrients, gear and techniques.

“My passion is to increase the success and happiness of hydroponics gardening retailers and their customers, the growers,” he explained. “We create and provide gardening products and gear that make life better for plants and their growers.”

He joked about “becoming accustomed” to being detained: it happened to him when he was at the High Times Cannabis Cup in 2011 and Amsterdam police raided the event.

I said to him, God knows it’s not easy being a marijuana grower here, in part because the government just will not allow our marijuana industry to take off. They make life very hard for gardening stores and gardeners, and it’s an economic loss for our country.

Despite that, there are a lot of growers in Argentina; most of us are growing marijuana outdoors, or we only have 400 or 600-watt indoor grow ops.

Hardly anybody utilizes hydroponics growing, and there are less than 40 serious “gardening stores” in the entire country. The grow stores do not stock brand-name marijuana growing products like you see in North America or Europe. Instead, they sell homemade fertilizers, some of which work pretty well for marijuana.

They may also have to sell generic commercial fertilizers made for citrus, houseplants, and vegetables. You can hardly get any fertilizer in a quantity larger than one liter. Most of the grow stores are back-alley and clandestine. I admire anyone who runs a grow store in Argentina. They are taking a risk, and they want the freedom to do better for their grower customers.

We envy what we see on the Internet about North America’s hydroponics stores and medical marijuana dispensaries. But I feel fortunate to have friends who attend North American universities and I asked them if they can get me the top hydroponics nutrients for marijuana and bring them back through Customs or ship them and I pay them double what it cost.

But I kept them myself, and am using them on an outdoor marijuana crop near my patio. When I water my plants with these fertilizers, immediately a burst of beautiful cannabis perfume comes into my nose.

I admit…I am proud to be using what is used by the primo marijuana growers in the USA, Canada, and The Netherlands. Too many growers are forced to use fertilizers that harm their crops, and I am one of the lucky few who has an alternative.

Argentina has an active, courageous marijuana political movement that organizes street protests in favor of full marijuana legalization. We have our own version of High Times, called “THC” magazine. We have our own “cannabis cup” competitions.

But this sure isn’t yet Amsterdam or California. Even in our largest city (Buenos Aires, with a population of 12 million) you don’t want to get caught smoking, growing, or especially selling marijuana. When you go outside the large cities, you find a zero tolerance war against marijuana in some regions. You have to be smart and strong to be a successful grower here, but it’s worth it.

One rare thing about growing marijuana in Argentina is that we get cannabis seeds you don’t see in your regular seed retailer catalogues from North American and European cannabis seed sellers.

From smuggled brick-weed and other sources we get cannabis genetics from countries such as Panama, Colombia, Brazil, Paraguay, Uruguay, Mexico, Belize, and Nicaragua. Some of this is primo marijuana and some of it is weak. It doesn’t help that many of our growers do not know yet how to properly grow, harvest, dry, and cure marijuana.

There is a mismatch between the genetics of our seeds (mostly Sativa), and the need for us to grow more indoors to increase crop safety and growing controls. These Sativa marijuana genetics want to grow tall. They want the sun. They don’t really want to be indoors.

If you can find a secret outdoor location that matches the genetics of our seed stock, which often comes from places closer to the equator, you still have to be creative in how and when you plant because of issues involving day-length and growing season characteristics.

This new generation of cannabis stock is not fully stabilized yet so you cannot know for sure what kind of plants you will get from a certain set of cannabis seeds, but we see promising developments in that bushier, shorter-season, not as tall marijuana plants are carrying Sativa genetics that make for truly psychedelic highs and heavy yields.

People here are just starting to learn how to cultivate the best hydroponics marijuana using modern marijuana growing techniques and materials. Some people still just cut their crops down, dry them in the sun, and then smoke the buds, leaves, stems, seeds.

However, if you know the right people, or if you are a careful marijuana grower with quality seeds, you can have marijuana as good as the best of California and Amsterdam.

Privately even our government admits that at least 15% of our citizens use marijuana and the marijuana crop is worth $300 million or more per year. If the government would loosen up and allow the marijuana marketplace to thrive, Argentina marijuana growers could make this the California of South America!

Don’t get me wrong: Argentina has come a long way in the past two decades. Things were a lot worse here during the 1970’s, and our country is moving forward. Yes I am patriotic and loyal to my country, despite my disappointment about the marijuana laws. For example, in 2007 we welcomed the election of President Cristina Fernández de Kirchner, a youthful lawyer and reformer.

Hours after the police had silenced the Buenos Aires Grow Expo, a few of us growers sat outside in a private place, watching the sky, listening to Bob Marley, smoking South American Haze, talking about the Expo weekend’s unpleasant outcome.  All we could do, finally, was to say a “ganja prayer” in the hope that one day soon…all Argentines will be free to grow premium marijuana and get as high as they want!

Getting The Best Marijuana Fertilizers for Your Cannabis Nutrients Needs
Michigan Medical Marijuana Patients, Dispensaries & Growers Are Losing Their Freedoms