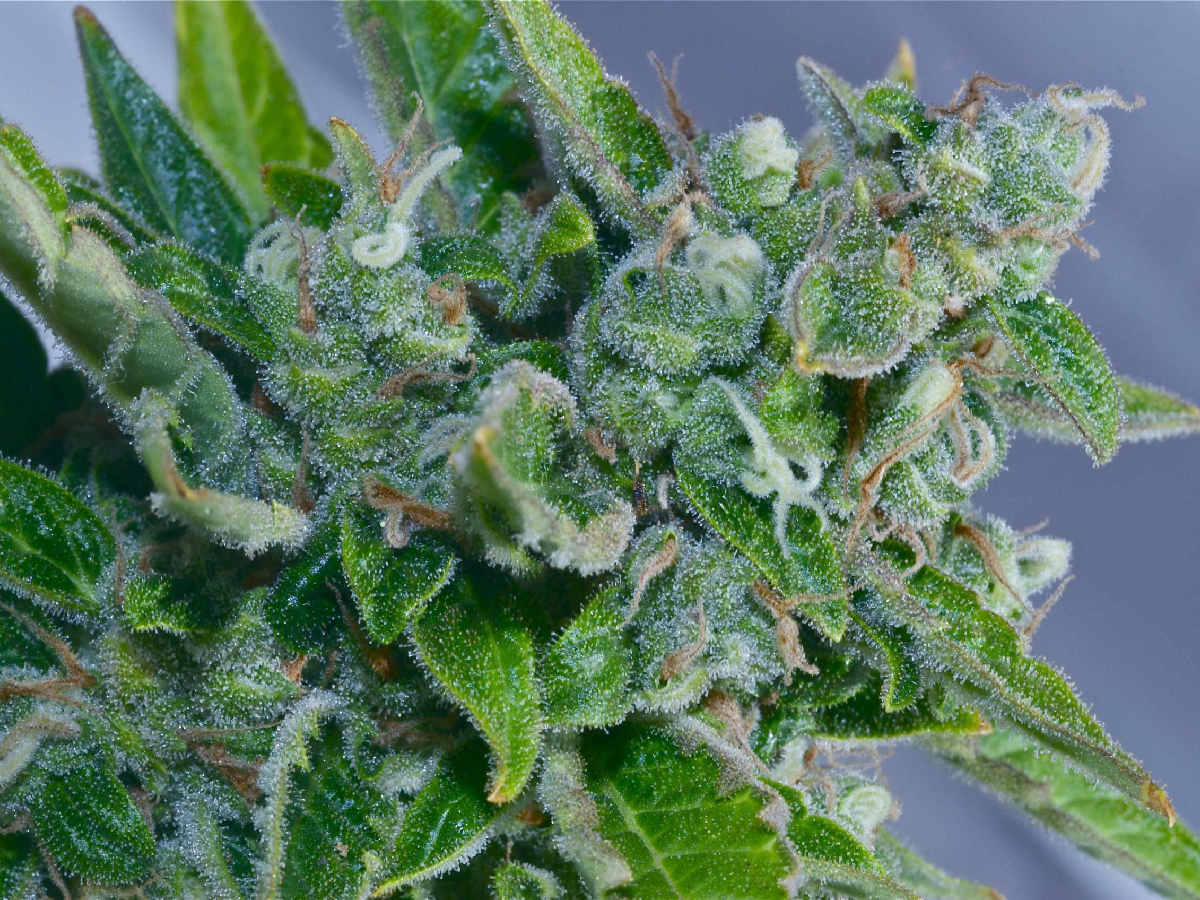 Autoflowering marijuana is very useful in specific situations, such as outdoor growing when you can’t easily get to your crop to weed out male plants or when you’ve missed the preferred outdoor marijuana start times (April and May) and still want to grow an outdoor crop.

You don’t have to worry about daylength or 12-12 triggering because autoflowering marijuana blooms when it wants to, usually about 2-3 weeks after you sprout the seeds.

Because autoflower cannabis is ready for harvest 8-11 weeks after seed germination, you can plant autoflowering outdoors even as late as June.

BigBudsMag.com has other autoflowering articles, including an interview with the Dutch cannabis seed guru who’s partially responsible for creating feminized cannabis, and autoflowering marijuana.

Read those articles here and here, so you discover autoflowering cannabis benefits and get grow tips.

One thing to know is that autoflowering buds tend to have more leaf.

Many autoflower marijuana growers process their buds into cannabis concentrates rather than sell the buds themselves.

Dinafem Seeds’ Moby Dick Autoflowering Marijuana: Dinafem is an early pioneer in the autoflowering cannabis industry, and they’ve had time to work the bugs out of their genetics.

This is in contrast to newer cannabis seed companies that haven’t figured out how to control Ruderalis genetics or create stable, viable, true-growing seeds.

When you get inferior autoflowering seeds, they have problems germinating, or have so much Ruderalis in them you don’t get enough THC but you get too much CBD.

I have a message for cannabis seed companies: don’t release autoflowering marijuana genetics until you’re sure they’ll germinate and get people high!

Dinafem Moby Dick is one of my favorite autoflowering strains because it’s Sativa-dominant, yet loaded with THC like it’s a Kush or Indica. It’s bushy, resilient, and potentially high-yielding.

In 60-70 days from the time your seeds pop, this marijuana will be ready to harvest. It starts flowering on its own 3-4 weeks into its life cycle. Plant in June…harvest in September.

Dutch Passion AutoFrisian Dew: Dutch Passion is one of the most legit cannabis seed companies, and has been for decades.

I grow regular Frisian Dew marijuana because I love the maroon coloring of its buds. But AutoFrisian has been bred differently, and doesn’t show that coloring.

This autoflowering marijuana does best in warmer, sunnier climates, so if you’re growing outdoors in Seattle or Portland this summer, it might not be the one for you.

One thing outdoor growers always appreciate is a marijuana strain that isn’t susceptible to the plagues of gray mold and powdery mildew that can come in and ruin your crops during flowering phase.

AutoFrisian, which is ready 10-12 weeks after it germinates, is said to be resistant to those attackers.

It’s also known for being able to handle heat, wind, and other abuse. Expect a moderate to heavy yield from this autoflowering marijuana strain.

Now they’ve ventured into autoflowering terrain with this lemon marijuana that yields big and is ready 60 days after you pop it. DNA recommends a 12-12 light cycle, but I disagree. Give autoflowering marijuana 20 hours of light per day and you get massive size and THC.

Team DinaFem with Dutch Passion and what do you get? AutoXtreme is what you get.

The two companies combined the best of Spanish and Dutch cannabis breeding expertise to create a combination of Amnesia and Super Haze that gives you large yields and a longer than usual (for autoflowering) total time.

You get a pure Diesel experience 75-85 days after your seeds germinate.

* From the Dutch marijuana seed company that gave us “one-hit wonder” AK-47 comes Sagarmatha Seeds’ AK48 Automatic. Ready in 8-9 weeks, this is a heavy high and can be planted in high-density patterns outdoors or in.

It’s sticky and gooey like caramel candy, and it packs an all-Indica punch that’ll lock you to the couch, bed, or buffet table.

You get chunks of Indica marijuana delight 8-9 weeks after your seeds germinate.

Autoflowering marijuana doesn’t do as well when it has less than 16 hours of direct light per day, and you get way better yields if you give it 20 hours of light per day rather than 16 or less hours per day.

My best autoflowering results have come from feeding Sensi Grow pH Perfect base nutrients, Voodoo Juice, Roots Excelurator, and B-52 when seedlings are ready for nutrients, and then putting the plants on Connoisseur pH Perfect, Bud Ignitor, Rhino Skin, and Big Bud from the time they flower until five days before harvest.

I go as heavy in ppm as the plants will allow, watching out for burning.

For ultimate yield and potency, I can handle the “extra” time it takes to bring in regular marijuana.

But if you want to plant a crop today and harvest it 8-11 weeks later, try autoflowering marijuana.

Can We Get Rid of Reefer Madness Attorney General Jeff Sessions?
How Growing Marijuana Can Save Your Life