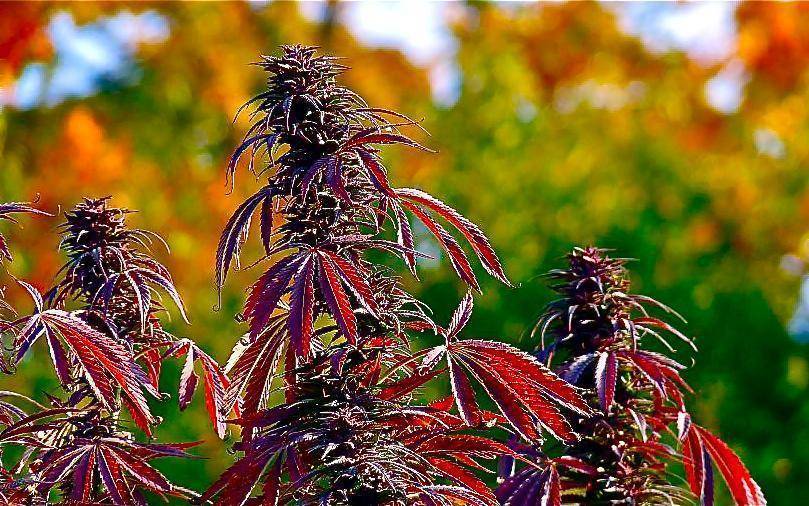 Before climate change, polar vortex winters, and Western United States drought, outdoor medical growers started their plants in greenhouses or indoors in late February and March, hardened them off, then transplanted them into full outdoor terrain in April or May.

Today, I know growers who start their outdoor plants as early as December; some of them put their crops into the ground long before the spring equinox, which occurs around March 21st in the Northern Hemisphere.

The big problem with that approach is that the three-seasons planet’s early transplanting temperature advantages don’t coincide with the sun’s day-length.

Things are out of sync.

Many strains of outdoor marijuana will be confused by improper daylength if you put them outdoors before visible light duration is at least 13-14 hours long.

Your plants also get confused if daylength isn’t increasing at all or at the right rate (such as between summer solstice and the spring equinox).

In general, marijuana growers have been advised by seed breeders and marijuana grow gurus to match their cannabis genetics and outdoor planting times with the latitude of their location on earth.

Latitude is one major factor that indicates length of visible light.

If your marijuana plants are put outside before the daylength is of long enough duration and is increasing every day, they won’t think it’s “grow phase.”

The marijuana plants may even start pre-flowering, then get completely messed up (go hermaprhoditic, or revert poorly to veg growth) when April turns to May and the plants realize that it’s spring and summer they’re looking at, not fall and winter.

If it’s a little confusing, forgive me, but think how weird it feels for your marijuana plants.

In general, I advise you contact whoever bred or provided the strains you’re growing, and ask them for guidance on when to put them outdoors.

The generic advice is: put them out after March 22, after all chance of frost has passed.

For now, here are some premium, phat-bud, THC gooey outdoor strains so you can order great seeds and get them sprouted.

These are high-yielding, professionally-bred, ultra-potent outdoor marijuana varieties that can handle the hardships of being outdoors:

His UH #2 is my favorite for outdoor growing, in part because the other two UH’s aren’t as good outdoors as they are indoors.

UH #2 grows very tall and ripens in bloom phase for up to three months.

If you give Ultra Haze #2 unlimited root space and you’re growing it in a temperate, “Mediterranean” climate, you’ll see untrimmed plants as tall as 15 feet! Imagine the yields!!

Expect that classic Haze high that contains a significant amount of body stone.

You increase yield by harvesting individual buds and branches as they become fully ripened, allowing other buds to continue development until late October or even November.

Lemon Skunk, from DNA Genetics: You can grow this citrusy babe indoors too, which means some growers take clones of the outdoor plants as soon as they show sex, turning them into motherplants or an indoor sea of green.

This increasingly-popular variety is slightly Sativa dominant, but its Indica genetics means you can harvest around 7-9 weeks in bloom and get peak THC, taste and aroma.

The lemony tang is one of the main reasons people grow this variety, which commands high per ounce prices and can also be made into kief, bubblehash, or hash oil that retains the lemon.

Grape Krush, from DJ Short: From the originator of the Blueberry marijuana lines, DJ Short’s Grape Krush has a very strong smell, which means you have to be careful about where you plant it.

Grape Krush is a heavy yielder, especially if you pour on the nutrients and give the young plants an early topping to encourage more diameter and less height.

One thing that’s very strange about this variety: the high doesn’t hit you in the first ten minutes, it takes a while.

So be careful when you’re just starting out testing this bud, because you might think it’s not gonna come on, but then it does, about half an hour later.

Expect to harvest in September or October in most locations, with a max of about 9-10 weeks in bloom .

Until a year ago, autoflowering varieties didn’t have the stony potency that regular marijuana has.

But that was before companies like Dutch Passion figured out how to make autoflowering marijuana just as potent as regular marijuana.

AutoMazar grows best in a warm climate, and because it has only a short time in veg before it automatically starts flowering, you have to be totally pro about feeding and tending your sprouts properly so they develop optimized root systems and branching structure fast.

European growers have gotten as much as 270 grams dry weight from one AutoMazar plant, which puts its yield on par with regular cannabis.

If you know people growing cannabis outdoors where you’re located and you’ve seen their plants outdoors and smoked their weed, verified that their plants break out large amounts of stony bud while also being resistant to any molds, mildews, pests or other conditions common to where you want to grow…get yourself some of those as clones or seeds, and get your outdoor season started!