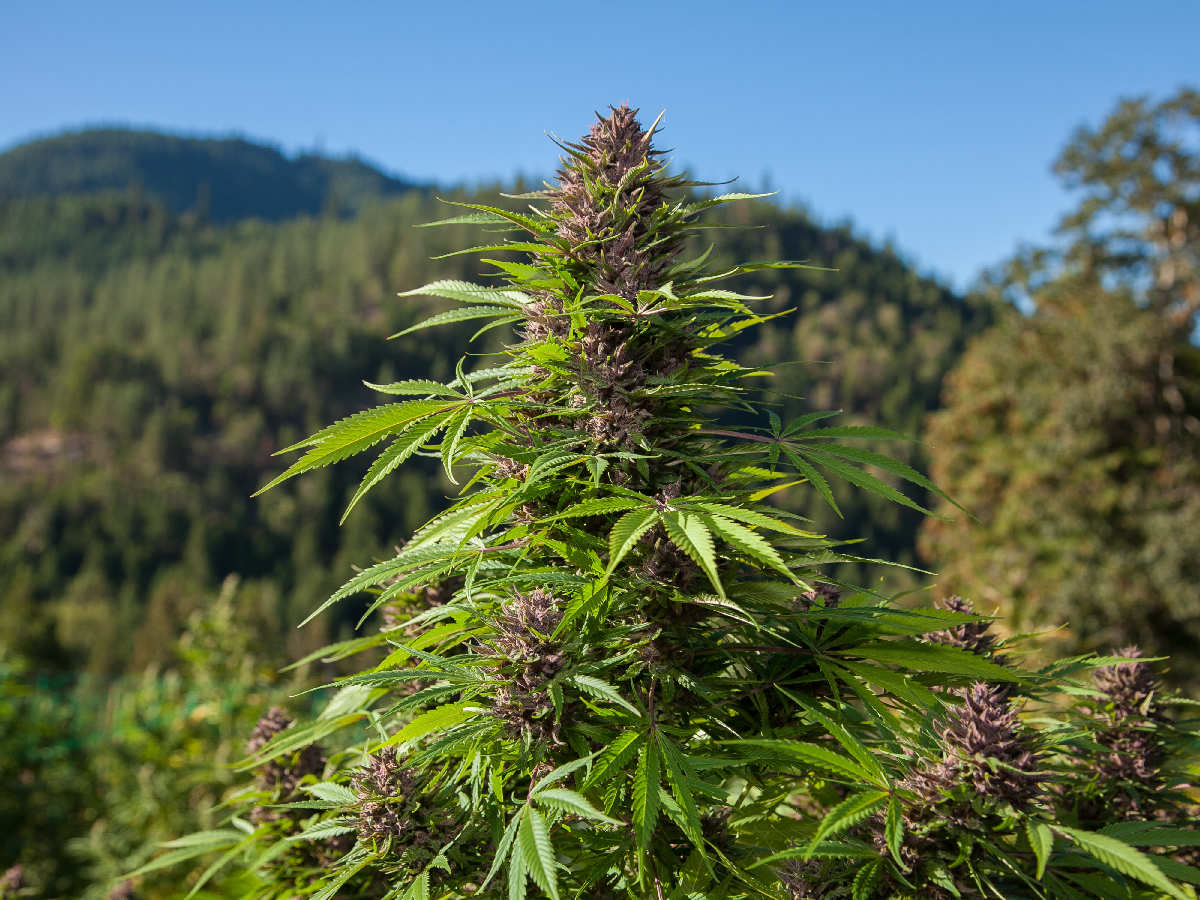 Outdoor marijuana growing can give you massive yields — or massive worries!
By Gary Anderson | Published: September 5, 2017

In 2017, unprecedented wildfires burned millions of acres of British Columbia and parts of the US West. Growers in those areas report heartbreaking losses of plants, even entire grow houses.

Indoor marijuana grow ops can be harmed or destroyed by environmental conditions, but outdoor marijuana plants are far more susceptible.

When we talk about outdoor marijuana plants, we mean plants rooted in the ground or in containers too large to be moved, and growing in remote grow sites often described as guerilla gardens.

Outdoor marijuana plants growing in movable containers or in greenhouses can oftentimes be shifted to safer spaces in the event of inclement weather or advancing dangers.

But marijuana plants rooted in the ground or in extremely large containers can’t be moved, especially if they’re growing in remote sites. It’s these outdoor plants that are subject to a wide range of potentially fatal conditions, including:

Here’s What Outdoor Growers Can Do to Protect Their Plants

When marijuana plants can’t be physically moved to an indoor grow room, outdoor growers unfortunately have few viable options for protecting their crops.

For example, if torrential rains are pouring down on cannabis plants that are several weeks away from being harvest ready, the grower has very difficult choices to weigh up:

An even worse situation is when wildfires threaten outdoor marijuana plants. In most cases, it’s not safe to even try to access the plants, not just because of fire and smoke, but because emergency crews and law enforcement are nearby.

Yep, you can easily see that outdoor growers have few painless options when brutal weather and fire hazards threaten their plants. Their options all involve varying degrees of potential crop loss, security risks and worry.

In most cases, when negative environmental conditions pose persistent, long-term, catastrophic threats to outdoor marijuana plants, the only solution is to harvest the crops early, before all is lost.

Perhaps this is where the timeworn phrase “cutting your losses” comes from.

Outdoor growers have long recognized that the most serious threats to their plants arrive in late summer and autumn.

By that time, your plants have at least 3–5 weeks of bud development, if not more.

If they’re within a week or two of optimal harvest time when the environment goes bad, you won’t lose too much, should conditions beyond your control force you to harvest early.

But if your plants are more than two weeks from optimal harvest time, farming them early means sacrificing significant amounts of weight, cannabinoids and terpenoids.

The only good news in those situations is that more growers are processing buds into cannabis concentrates in a bid to not lose out. The processing extracts whatever cannabinoids and terpenoids exist in the buds, allowing salvage of at least some remnant of reward from an outdoor marijuana growing season cut short by Mother Nature or Father Fire.

A few years ago, an associate of ours was growing 47 California Orange plants rooted in the ground at a remote Humboldt County grow site in Northern California.

If environmental and security conditions had been ideal all the way through to the end of October, the grower could have gotten 100 pounds or more of dried high-quality buds from this crop.

It was the first week of September. The buds were in early peak bloom, with small resin glands and only a hint of scent. They needed at least four or five more weeks to reach full size and potency.

But then came the rains. A gray curtain of rain, clouds and mist hovered over the crop, day after day.

In normal years, Humboldt growers count on relatively dry weather from May through early September, but not this year. Fearing the worst, the grower made the arduous trip to the grow site and discovered gray mold (botrytis) rotting about 15 percent of the buds.

He cut the moldy buds off the plants, went back to town, and monitored the temperature, rainfall amounts, rain predictions and humidity.

The grower considered erecting a makeshift tent to cover the plants with tarps, but he’d seen other growers attempt that kind of intervention, and in most cases it causes many more problems than it solves.

The day after he visited his grow site, the rain receded for six days. Most importantly, the sun came back out. The sunlight dried the growing buds so they were less likely to develop gray mold.

But then it started raining again. The grower closely monitored weather conditions and predictions. The forecast called for intermittent rain for at least three days.

After one day of heavy, intermittent rain, the grower sloshed his way back to the grow site. Not only had the gray mold returned, but the rain was so hard that it was knocking down resin glands.

The grower was grateful his plants had gotten six days of sun, but he knew he’d better harvest before he experienced a total crop loss.

He chopped his plants whole and brought them to a climate-controlled facility, where low-humidity aeration fans, dehumidifiers, and exhaust fans evaporated the rain moisture to allow proper drying and curing.

When he examined and tested the buds after curing, he discovered they weren’t potent or aesthetically pleasing enough to sell because they lacked the sticky resin glands full of THC and other cannabinoids that consumers want to see on their buds.

So he processed his buds into dry sift and bubble hash, and sold both of those cannabis concentrates products at slightly below-market value.

The grower lost 70 percent of the income he’d have earned if the weather had cooperated and allowed his buds to mature fully before harvest. But at least he salvaged something.

The sad fact is, unless your outdoor marijuana plants are easily accessible in movable containers so you can quickly move them into an indoor grow room, the Humboldt grower’s harsh experience is typical of the risks and losses outdoor marijuana growers routinely face.

A successful outdoor marijuana season gives you a pound or more of bud per plant, with free light, space, water, CO2 and air movement. That’s why outdoor growers endure the risks inherent to outdoor marijuana growing.

But the stark likelihood of risks and losses caused by uncontrollable outdoor growing conditions are among the main reasons most marijuana cultivators grow their plants indoors.

Disaster Management: How Indoor Marijuana Growers Dealt With Hurricane Harvey And Other Natural Disasters
You Can Grow Your Own Way: Here’s Why Growing Your Own Cannabis is Better than Buying It