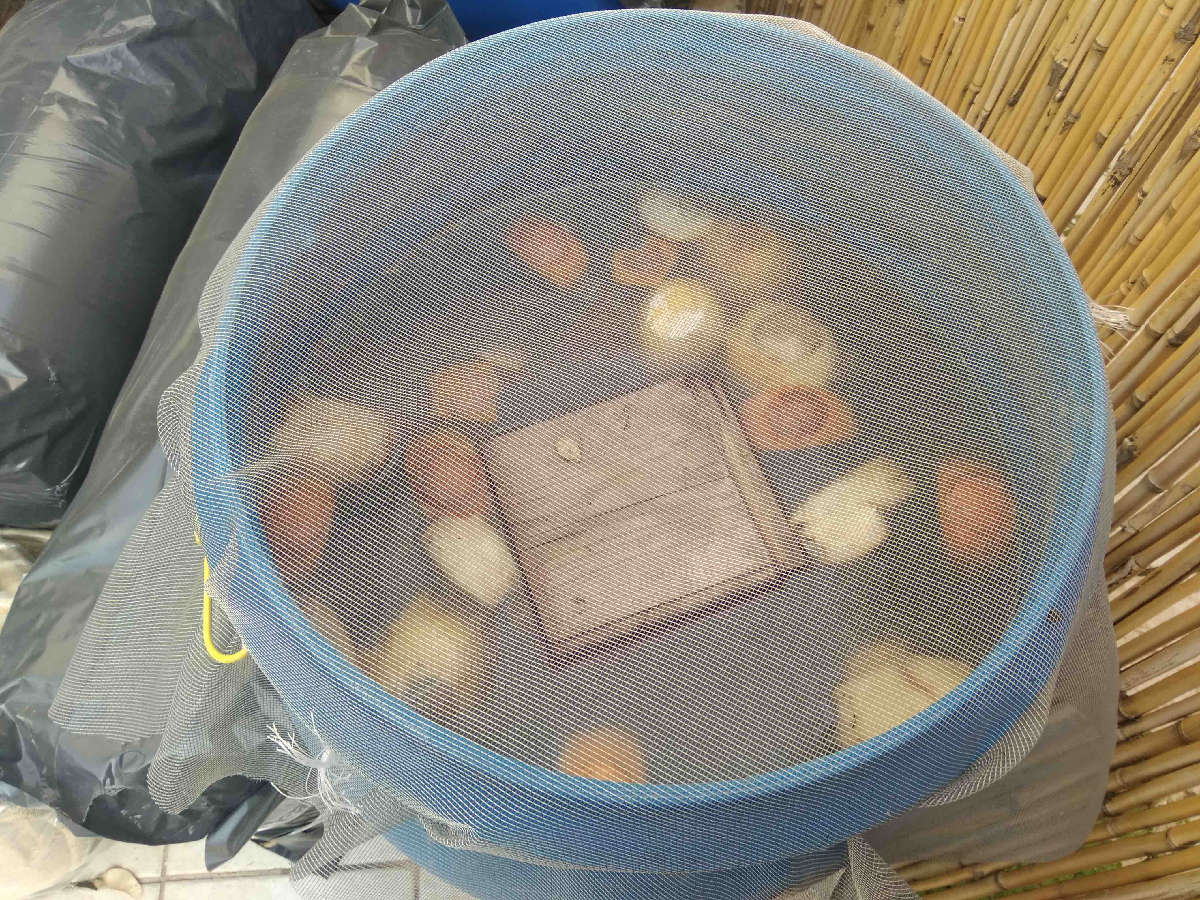 Many years ago, when I lived as a happy hippie in an Oregon cultivation community, I went through my “it has to be organic” phase.

It was a requirement in our cadre that, along with being vegan, driving a VW van, sporting dreads, a threadbare Bob Marley T-shirt, and lots of unruly body hair, that you grew high-value plants only in soil using homemade compost teas and similar au naturel materials as your only source of fertilizers.

I look back on it now as a form of organic growing religious worship. We endlessly preached that organic flowers tasted better and were better for you than those grown hydroponically indoors. This was a faith-based claim, because no empirical evidence backed it up.

Among the daily sacrifices and rituals of our organic cultivation religion was tending compost piles and brewing compost tea. We had several kinds of fancy contraptions with which to make compost tea, and of course we tended many compost piles.

We sure spent a lot of time sorting food waste to put into compost piles. We dedicated a large chunk of our time to feeding, turning and blending compost piles, and transferring compost to soil prep sites, then to the compost tea-brewing contraptions.

It can make you feel incredibly environmentally superior and back-to-the-land to make compost tea, but to be honest, creating this concoction was a time-consuming, messy, smelly process that wasn’t suitable for most grow conditions.

If you live and grow in an apartment or condo, you’re likely to sicken your neighbors (or your roommates) if you have a compost pile, especially in an enclosed living space.

Compost tea is said to be a magical elixir of plant life because it contains solubilized, beneficial materials found in compost — nutrients, beneficial microbes, vitamins, and other plant health boosters.

Properly aged and brewed compost is a wonderful, solid root-zone amendment for all kinds of plants, and compost tea can provide plants with multiple benefits.

But the disappointing truth is that most homemade and commercial compost tea is little more than an ineffectual liquid dose of compost particulates. I know this because one of my organic grower colleagues was then a student in the agricultural science program at Oregon State University, and he explained that most compost teas are little more than putrid, dark water containing small particles of compost.

He showed me research analyzing homemade and commercial compost teas, such as Botanicare Pure Blend, which proved his point. Most of those teas were biologically dead, contained few if any significant percentages of nutrients, and in some cases, the teas contain heavy metals, toxic chemicals, harmful bacteria, and general contaminants that are bad for plant roots and the overall health of the plant.

Even in our hippie commune farm in the Pacific Northwest, with my aggie friend carefully supervising the compost tea brewers, about half our batches were spoiled or otherwise useless.

The hassles of compost tea brewing and its unreliable outcomes were a source of friction and frustration in our hippie crew. Brewing requires clean, organic compost, proper startup mixing ratios and ingredients, tea-making wisdom, pumps to aerate the tea, careful attention to the tea’s biological activity, and using the infusion within a few hours or at most a couple of days after it was concocted.

Despite my hippie leanings, I didn’t have much faith in this pungent brew — until I discovered a high-quality, certified organic compost tea that actually worked.

Mother Earth Super Tea: The Only Certified Organic Compost Tea On The Market

I’m no longer living or growing with my hippie farmer friends, and am instead growing indoors using a so-called synthorganic program, which combines synthetic hydroponics fertilizers with organic fertilizers.

My feed program includes the best organic high-value plant fertilizers certified by the California Department of Food and Agriculture in its Organic Input Material (OIM) Program, which holds organic fertilizers to a higher standard than any other organic certification program in the country.

This potent compost tea is called Mother Earth Super Tea. Before I used it, I’d tried Botanicare Pure Blend Pro Grow and Southland Organics Ultimate Compost Tea. The Southland tea was like water with brown food coloring in it.

I stopped using Botanicare Pure Blend when two different bottles went bad on me. I also dislike Botanicare’s product because the labeling said it was organic, yet it had no organic certification, and isn’t filtered properly — so it ended up clogging my hydroponics system.

When I first heard about OIM Mother Earth Super Tea, I called the manufacturer Advanced Nutrients to learn more. Other than touting its hard-won OIM certification, the manufacturer’s Grower Support technician also explained that Mother Earth Super Tea is made by a proprietary extracting, blending and supplementation process using all-organic materials and reverse osmosis water.

Mother Earth Super Tea contains amino acids, humates, fulvic acid, carbohydrates, beneficial microbes, enzymes, natural hormones that boost flower size and potency, and the right ratios so the tea can be used as a standalone base nutrient. No other compost tea I’ve ever seen can be used as a bloom-phase and grow-phase base nutrient!

Its ingredients are also rich and organic, boasting alfalfa, soy protein and kelp.

When I first got hold of OIM Mother Earth Super Tea and cracked opened the bottle, I noticed that it smells a lot like black tea. The next thing I noticed is that it’s so well-filtered that it flows and feeds easily, without clogging any soil or hydroponics system, including drip irrigation, aeroponics, deep water culture, rockwool, coco coir, ebb and flow, and soilless mix.

I was glad to find that Mother Earth tea maintains its freshness for days in my hydroponics reservoirs, and for many weeks in its storage bottle (which I kept in the non-freezer part of my refrigerator), something I can’t say for homemade compost tea or Botanicare Pure Blend, which both have a ridiculously short shelf life and can spoil overnight. 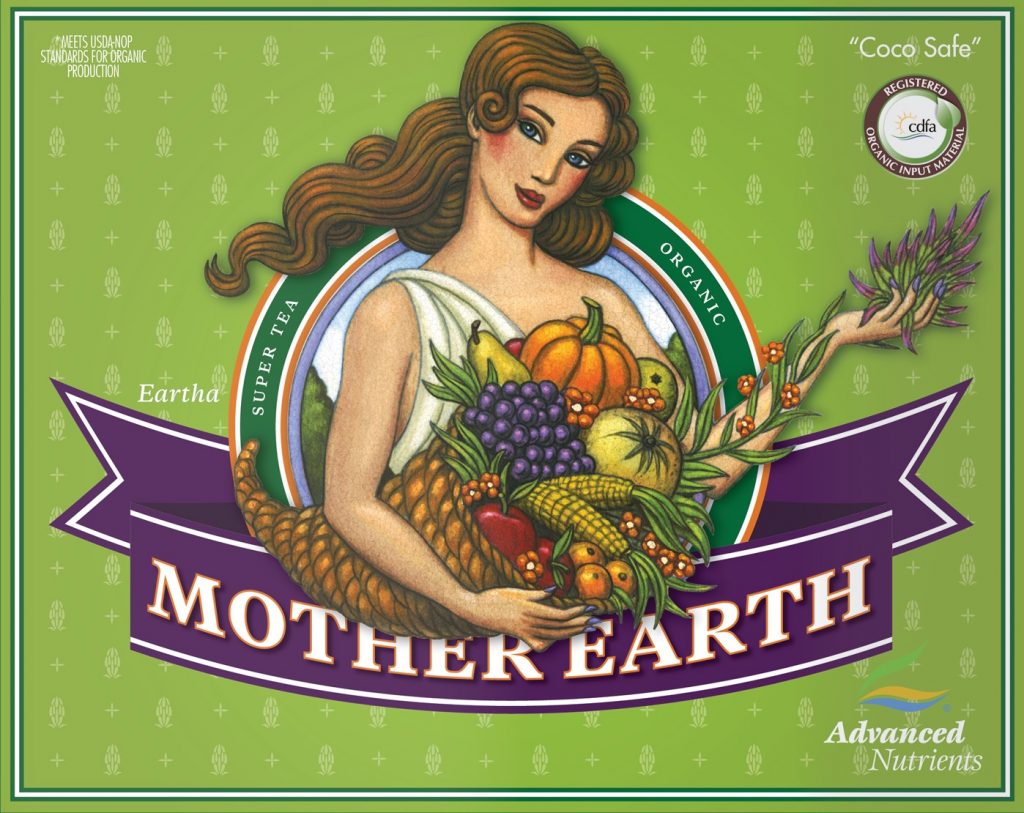 There are several ways I’ve used Mother Earth tea beyond its worth as an organic supplement:

You might be asking yourself how compost tea helps your plants. My experience is that it strengthens and protect roots, aids in nutrients absorption, makes flowers bigger and more resinous, increases taste and scent, and provides a valuable organic component that adds breadth to your feed program, especially when all the other products you’re using are synthetic.

Having grown all-organic, pure hydroponics and synthorganic, I don’t buy into the belief that all-organic crops taste and smell better than crops grown using hydroponics fertilizers. However, I do recognize the nutritional and crop quality benefits of using Mother Earth compost tea.

And even the most ardent, all-organic advocate would be glad to get hold of Mother Earth Super Tea, which is by far the cleanest, safest, most potent and stable compost tea you’ll find on the market.

Jack And The Bud Stalk: Understanding Your Marijuana’s Natural Explosive Growth Patterns
Savvy Seedlings: What Your Baby Cannabis Is Trying To Tell You