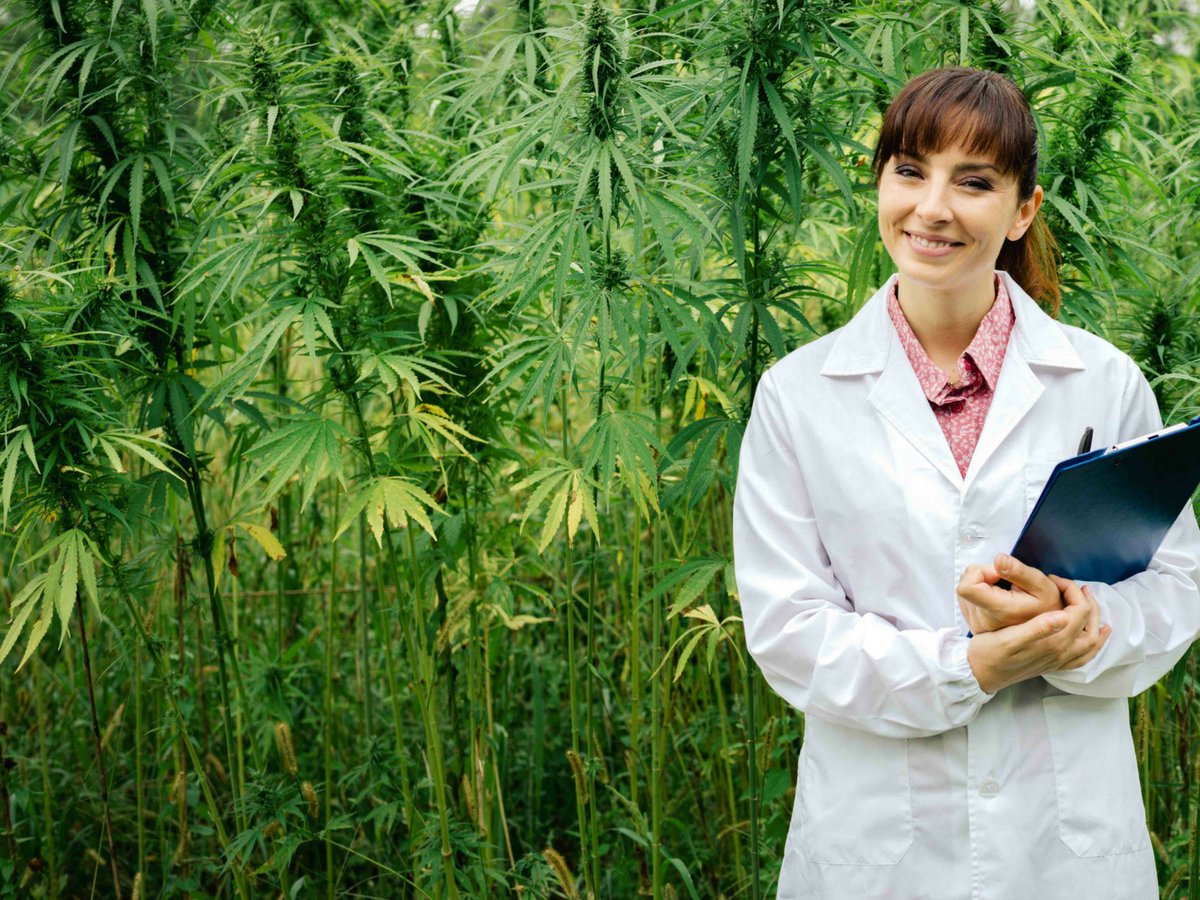 Having worked as an attorney specializing in the cannabis industry since 2012, she was used to often being the only woman in the room. But when she hosted a meeting at her hotel during MJBizCon in Las Vegas and received a less than lukewarm reception for highlighting the fact she was the only female present, it was then that her exasperation reached breaking point.

Remembering that critical moment, Margolis recalls, “I had been at a party the night before and noticed I was the only woman out of 50 or so people. Then, when I hosted that meeting in my hotel room, I was the only woman. At the end of the meeting, I said, ‘I want there to be more female decision-makers,’ and the response to that was not a positive response.

“It was a combination of exasperation and reaching my saturation point,” Margolis continues. “I have been a lawyer for a long time in a heavily dominated part of the law, both from the clients’ side and the attorneys’ side. And I had had enough.”

Margolis, who has been practicing law for close to two decades, started to formulate a plan. And it’s a plan that’s set to change the face of the cannabis industry forever.

The founder of the Oregon Cannabis Association, one of the largest state cannabis trade groups in the US, Margolis wanted to provide an additional voice to women in this burgeoning industry, and redress the imbalance of the male to female ratio.

First, Margolis came up with The Initiative, a global accelerator program aimed solely at women entrepreneurs who are attempting to establish themselves in the cannabis market. It includes a three-month business bootcamp that focuses on female-founded, consumer goods businesses with an aggressive growth strategy.

Now, Margolis wants to give women cannabis entrepreneurs the chance to become a household name in their own right. “I don’t conceive it as one cannabis company compared to another,” she explains. “I conceive of it as, there is more of a market opportunity for these businesses to have the chance to become a Hershey’s or a Moonstruck Chocolate. Or to become the next Aveda. I want these women to think about what it means to be a real national brand and a household name.” 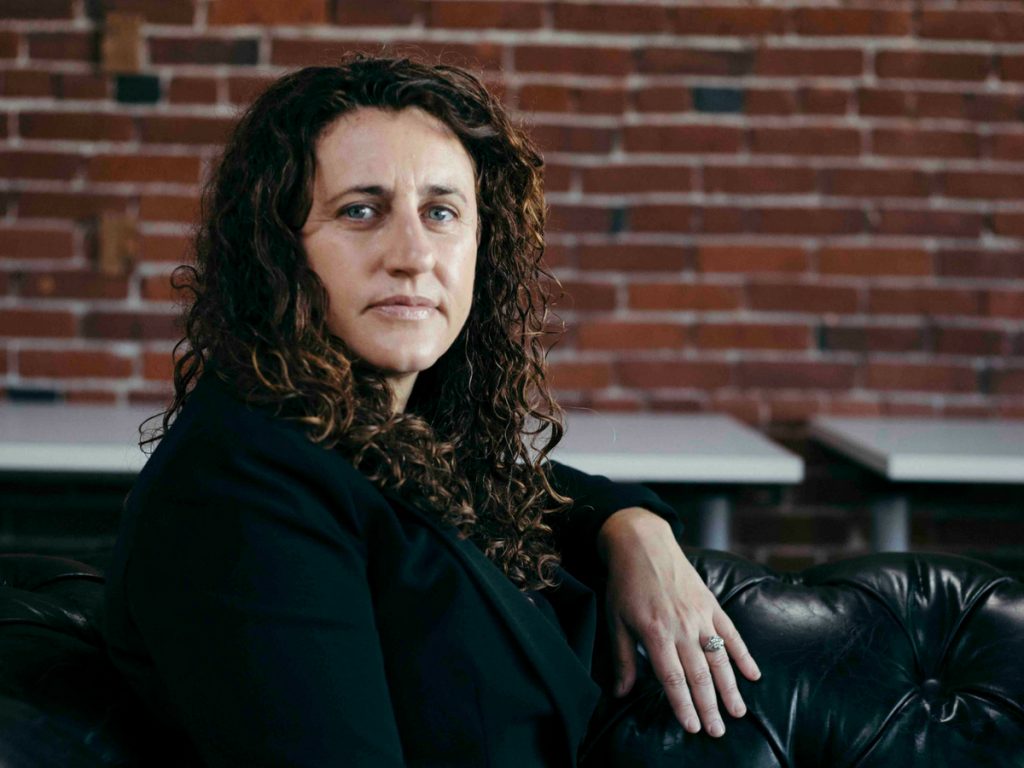 The Initiative training scheme, which has launched applications for the first intake this September, covers everything and anything to do with making a cannabis company bigger and better. And it aims to show the “fairer sex” how to take on the big boys and succeed.

“It’s very immersive learning,” Margolis says of The Initiative program. “We work through strategic goals. The program allows time with instructors who will be coming from all over the country. And we help get women to a place where, by the end of the program, they understand how much money they need to raise, and they are equipped to go and raise it.

“We are going to make sure women know how to grow a team, and they will understand what they need as they expand into other states,” Margolis adds. “That women entrepreneurs have a really dynamic marketing plan, and that their website looks good — all the things that are foundationally important for aggressive growth. And at the very end [of the program], we have put together some investors who are fully committed to funding women in cannabis.”

Margolis acknowledges she isn’t the first and likely won’t be the last ganjapreneur to come up with this type of program — “I did not reinvent the wheel with this concept” — but she does point out that the The Initiative tackles problems female cannabis entrepreneurs alone have been dealing with for some time.

“It became very apparent to me that women just couldn’t get over two things. One was that business skill set. The other was access to funding — the statistics around gender bias when it comes to funding are appalling, and they are no different in this space. Those are the problems we are seeking to solve with The Initiative.”

Ever the workhorse, Margolis has managed to secure some big names within the industry to back her cause. Indeed, her board of directors boasts an impressive who’s who of cannabis business leaders and advocates, including:

These heavy hitters are all on hand to give women who take part in The Initiative the support and encouragement they need to take their businesses to the next level.

“Because I have been doing this for so long, I have had access to people doing things so well and I have access to amazing things,” Margolis explains. “Everyone inside and outside the cannabis industry acknowledges there are challenges for women [when it comes to] business and funding. And everyone I approached was incredibly enthusiastic about this and about making it happen. We want to see female founders become leaders, innovators and success stories by providing them the necessary tools to succeed.”

Those tools include education, mentoring, the confidence to raise money, and one of the largest networks of professional players within the cannabis community. The Initiative will also give participants an unparalleled understanding of cannabis regulatory and market forces.

“The idea is to use this program to make a dramatic shift of gender balance in the cannabis industry,” says Margolis. “It is not just about the money — although that is a huge part of it — we also have to equip women with the skills to feel like they can do it [themselves].”

Currently, The Initiative is only targeting specific business types within the cannabis industry, and will initially work with already established companies and individuals who are generating income.

“This is set up for people who already have something, they are already somehow in the market. We are just not equipped to do this at the concept stage, yet.

“If you are a female in business and you are an early stage business, this is something you should apply for,” Margolis adds. “We are particularly interested in the consumer packaged goods section, because it requires less capitalization for you to expand naturally. If you fall outside of that, then you should still apply because we know people in the cannabis space are doing really neat things, which we could not even conceptualize. We want that ambition and that drive, and that is what we are looking for.”

When asked how much funding could be made available from investors, Amy admits it’s “impossible” to put a figure on it.

But if the product is right, Margolis adds, then the sky’s the limit.

“People will need very different amounts of money. If I had someone who had something phenomenal and a pretty good revenue stream, I don’t see why they couldn’t get a million dollars from an investor. You could potentially get even more if you have the right valuation, tools and business plan.”

When asked if she thinks participants will be asking for large amounts of money, Margolis is honest in her response: “I don’t know, I’m not sure. But our goal is for these women to have the right tools to ask, no matter how much they ask for.” 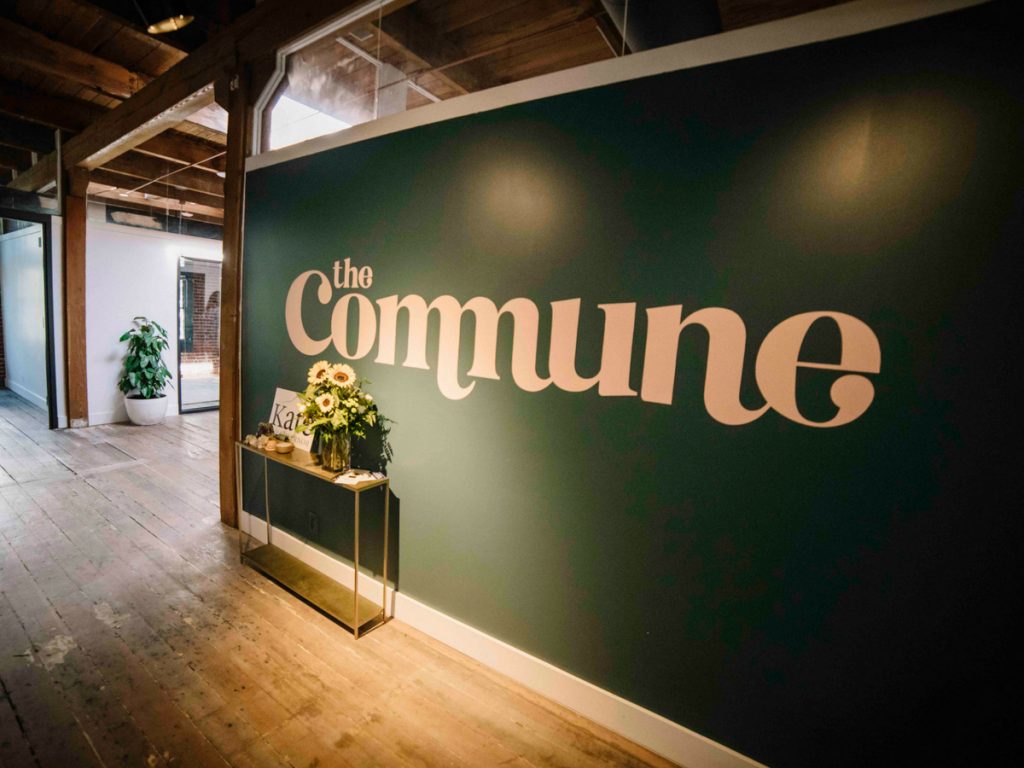 The Commune aims to be a marijuana WeWork for the cannabis community.

Margolis wanted to give her training facility a beautiful new home, as well as give people within the cannabis community a place of their own in which to work. So, she came up with the second part of her plan for the cannabis market takeover: The Commune.

A 4,000-square-foot event space, office and boardroom located in Portland, Oregon, The Commune represents the first cannabis-friendly gathering space of its kind.

“From doing the [Oregon Cannabis] Association, and working with so many clients, I knew there wasn’t a place for people to come and gather. Things are very competitive in the cannabis industry, and very intense. I thought that if I could create a warm space where people could come together and host meetings, or to rent for events, or sit and have a cup of coffee and just check in, that would a huge boon for the community.”

The Portland space is just the start — Amy plans to launch sister venues in other cannabis friendly states.

“The intention is for it to expand relatively quickly,” she reveals. “It is all about the collaborative nature that this industry is founded on. [The space has] wood beams and exposed brick and it feels as warm as I want the environment to be. And I think creating the cannabis space is fostering the environment of inclusivity and community. We won’t have a combustion area because I don’t want to burn the building down! But it will be a cannabis-friendly space.”

Branding the venue a sort of “marijuana WeWork,” Margolis differentiates that her space is “aimed at businesses in the cannabis industry” and that her goal is for people to “come and work and gather at The Commune, and that’s how we will make it a balanced and equitable space.”

The Commune will host an industry open-house on August 16 at 4 p.m., where attendees can learn more about the ongoing programming, space rental, and incubation opportunities available. They can also get an insider’s look at the application process for acceptance into The Initiative. Enrollment will open online to all women cannabis business leaders on September 1, 2018.

A Roundhouse Kick To Roundup: Cannabis Community Backs Groundskeeper Who Took On Scotts And Won
Keep Cannabis Green: What To Do With Your Weed Wastewater So It Won’t Wound The World