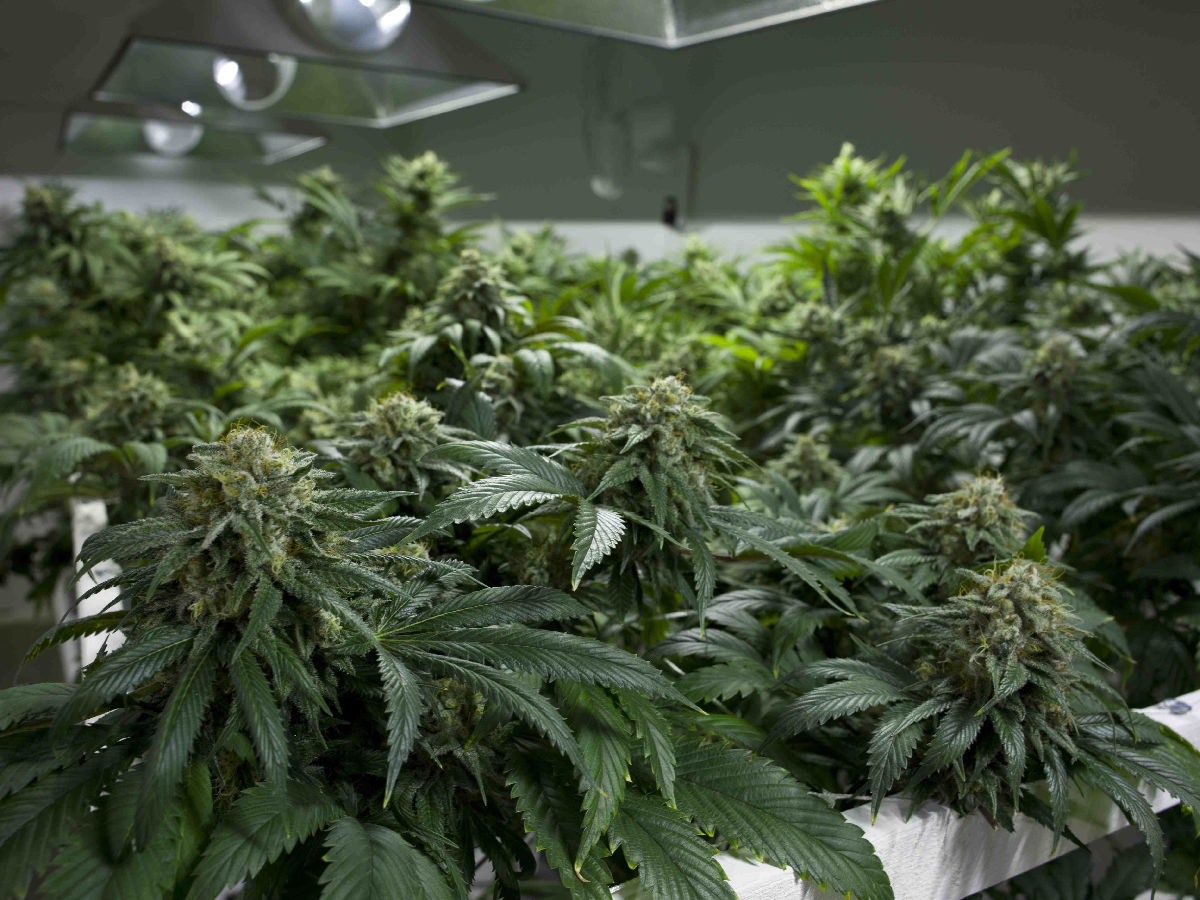 I’ve been growing marijuana in rural Ohio for many years. Ohio has severe penalties for possessing, growing, and selling cannabis.

And yet, like most Ohio marijuana growers and consumers, and the majority of Ohioans, I voted against Ohio Issue 3.

Ohio Issue 3 was the most bizarre marijuana “legalization” proposal ever created.

It wasn’t created by grassroots activists or medical marijuana patients.

Instead, it was written and sponsored by multi-millionaire investors and landowners who formed an organization called “ResponsibleOhio.”

These rich people would have made millions of dollars if Issue 3 passed, because Issue 3 gave them the sole right to cultivate and process marijuana for sale.

In order to sweeten the deal so voters might support Ohio Issue 3, the rich folks added in some benefits for us regular people.

Anyone 21 years or older could have applied for a state license to use, possess, grow, cultivate, and share up to eight ounces of homegrown marijuana.

Ohio marijuana growers would be allowed to grow a total of four marijuana plants, but only if they procured a state license to do so.

Problem is, Ohio Issue 3 text didn’t specify the guidelines that determine who gets licenses to home-grow marijuana.

And to be honest, anyone who’s serious about growing marijuana knows that four plants max isn’t enough, especially if you grow multiple varieties or do cloning.

Ohioans 21 years old and older could purchase, possess, transport, or share or use up to one ounce of marijuana.

Ohio Issue 3 gave its wealthy sponsors the exclusive right to own and operate ten facilities for growing marijuana and processing it.

Opponents of Issue 3—and there were many—said this stipulation creates an oligopoly consisting of ten businesses.

ResponsibleOhio claimed the plan was not to create a marijuana cultivation monopoly or oligopoly, but instead to create a “regulated commercial marijuana industry.”

The investors who paid millions of dollars to sponsor Ohio Issue 3 and participate in the ten marijuana growing and processing businesses would have had to compete against each other rather than form a monopoly consortium, the backers claimed.

The OMCC would have been required to convene a Board that regulates commercial and homegrown production and processing of medical and recreational marijuana, including cultivation methods and materials, as well as the potency of buds and cannabis-infused products.

Nothing in Ohio Issue 3 spelled out exactly what the OMCC would have had to do in regulating marijuana potency and other factors, and if history is any indication, OMCC would have ensured that schwag and mids marijuana was all that was available.

Ohio Issue 3 authorized nearly 1200 licensed marijuana retail facilities but that doesn’t mean that as soon as the law passed there would be hundreds of legalized Ohio marijuana retail businesses.

The harsh reality for would-be Ohio marijuana retailers was that every store location would have to be approved by voters in a local option election, and there were strict regulations on where marijuana stores could have been located.

One thing that really upset me was that Ohio Issue 3 legalized marijuana retailers wouldn’t be able sell fine marijuana produced by home marijuana growers—they could only procure marijuana from the ten licensed commercial marijuana cultivation and production facilities.

Ohio Issue 3 would have authorized stiff taxes at the production and retail level that would add 20% tax costs to legalized marijuana.

Estimates of Ohio Issue 3 potential marijuana tax revenues went from $133 million to as high as $500 million per year.

On two controversial topics that marijuana legalization in other states have poorly dealt with, Ohio’s Issue 3 got it right.

In the case of driving while high, Issue 3 specifically states that mere presence of cannabinoids in a person’s blood isn’t sufficient evidence to charge someone with DUI, otherwise known as “driving while high.”

There has to be actual evidence of driving impairment, rather than just that the person has cannabis in their system.

Issue 3 also protects marijuana users from being arbitrarily fired from their job solely because the employee uses marijuana.

The employer has to prove that the marijuana use negatively affects job performance.

Voters approved Issue 2, which was specifically designed to invalidate Issue 3 if it had passed.

Issue 2 makes it virtually impossible for proposals like Issue 3 to again be placed before voters.

For those of us who grow marijuana here, Ohio Issue 3 didn’t offer much if any good.

Most of us Ohio marijuana home-growers run grow ops with between one and ten 1000-watt grow lights.

Most of us who grow marijuana here have at least seven marijuana plants, and most of us have a lot more, especially if we’re doing Sea of Green, Scrog, or other high-volume cannabis grow ops.

What we realized as soon as we read the text of Ohio Issue 3 is that the constitutional amendment would likely make it even more illegal for us to grow marijuana, while at the same time encouraging marijuana consumers to buy mediocre marijuana grown by rich people on corporate marijuana farms.

But it wasn’t just marijuana growers who voted against Ohio Issue 3, it was also intelligent and ethical marijuana consumers.

The happy people who buy the marijuana I grow said they don’t want to or need to buy inferior corporate weed grown by millionaires.

Nor did they trust the vague language of Ohio Issue 3 that left it up to the state to determine who gets to grow marijuana at home or possess more than a few grams of it.

They voted against Ohio Issue 3, even though they could have just been selfish and voted for it because it allegedly legalizes personal possession and transport.

Most Ohio voters, including people who don’t use or grow marijuana, voted against Ohio Issue 3.

Some of them of course are the usual anti-marijuana drug war fanatics who are fine with legalized alcohol and tobacco, but are prejudiced against cannabis.

Libertarians and others who oppose the war on marijuana voted against Ohio Issue 3 because it would have created a corporate marijuana oligopoly.

They’d rather have the kind of marijuana legalization seen in Colorado, Washington, and Oregon.

For example, California’s legislature recently got rid of Proposition 215, the pioneering medical marijuana law passed by voters in 1996.

ResponsibleOhio spent millions of rich folks’ dollars in a failed effort that likely will make it harder to ever get true marijuana legalization in Ohio.

Those of us who’ve been growing marijuana and supplying it to our fellow Ohioans will continue to operate in a dangerous environment, risking our freedom to grow, transport, process, and sell cannabis.

And yet for all the worries that come from Ohio’s current prohibitionist system, that’s far better for marijuana growers than if voters had approved Ohio Issue 3.

Editor’s Note: During the Ohio Issue 3 campaign, many marijuana growers were upset by harsh comments made against them by supporters of Issue 3. In that regard, please read the following article penned by a black market marijuana grower.