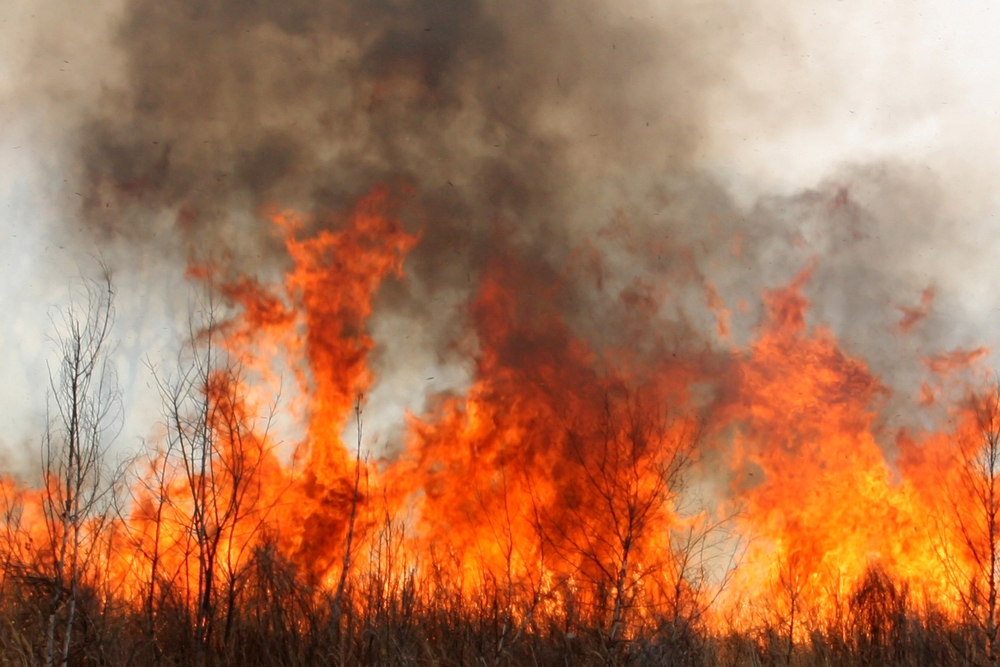 By John Foster | Published: January 13, 2014
We talked before about how Mexican cartel marijuana growers clear-cut trees, use poisons, heavy machinery, and industrial fertilizers, divert rivers and streams, start fires, trash the land, kill native wildlife and habitat, and use firearms and vicious dogs to guard their crops.

We also noted that a small but dangerous percentage of American and Canadian growers also use those harmful tactics, and warned that this brings bad vibes and increased police scrutiny.

We recommended three tactics to reduce the harms of outdoor marijuana growing: Don’t use machines that pollute. Don’t use Miracle-Gro, chemical fertilizers, pesticides or herbicides. Respect the native animals, trees, plants and habitat at your outdoor grow site.

The chief of a local fire department involved in fighting the Yosemite Rim Fire claims outdoor marijuana growers started the fire. He has no proof for his claim, but it’s a common law enforcement tactic to blame marijuana growers for environmental damage, street crimes, home invasions, and more.

They also blame us for poisoning the land and water, illegally hunting wildlife, cutting trees, and generally trashing the places we grow marijuana.

They had indeed used chainsaws, rototillers, a tractor, poisons, and animal traps to prep and maintain their outdoor marijuana grow sites. And they had diverted and wrecked a stream.

Their marijuana plants were large and healthy, but the site looked like a dead zone. It might have well been industrial agriculture.

On the other hand, I’m tired of law enforcement and fire officials always trashing the marijuana grower community. It’s part of the drug war worker’s prejudice against marijuana growers.

Their prejudice is more obvious now that we see a majority of Americans favor marijuana and legalizing it and the feds have stated that they won’t interfere with marijuana legalization.

Here’s how cultural prejudice works in the case of the Yosemite Rim Fire…Ecologists and environmentalists familiar with Yosemite backcountry know that hunters, loggers, miners, off-road vehicle users, and others are far more likely to cause fires and environmental damage than marijuana growers are.

When you see a group of skanky-looking loggers with gargantuan destructor machines raping a forest, burning huge piles of tree debris, smoking cigarettes, and going crazy on meth and booze out in their forest lairs, you can tell who is really harming our environment the most, creating catastrophic fires, etc.

It sure as hell isn’t marijuana growers.

But because police officers and firefighters tend to support hunting, logging, mining, ATVs, and other environmentally-destructive activities, and tend to dislike marijuana growers, their minds automatically focus on blaming marijuana growers for everything that goes wrong.

And this includes creating conditions that start massively destructively wildfires. No way would a legit scientist blame marijuana growers for what’s happening to the western United States.

The funny thing is that after Chief Todd McNeal of the Twain Harte Fire Department publicly blamed marijuana growers for the Yosemite fire, other investigators discovered it was a hunter who was to blame…a hunter who set an illegal fire.

Many people also suggest that because emergency forest firefighting is such a big paycheck, that people are setting these fires so they can have jobs.

I say to Chief Todd McNeal and all other law enforcement and fire department people who are prejudiced against the marijuana community, it’s time for you to cleanse yourself of cultural prejudice against marijuana growers, and also just…STFU!