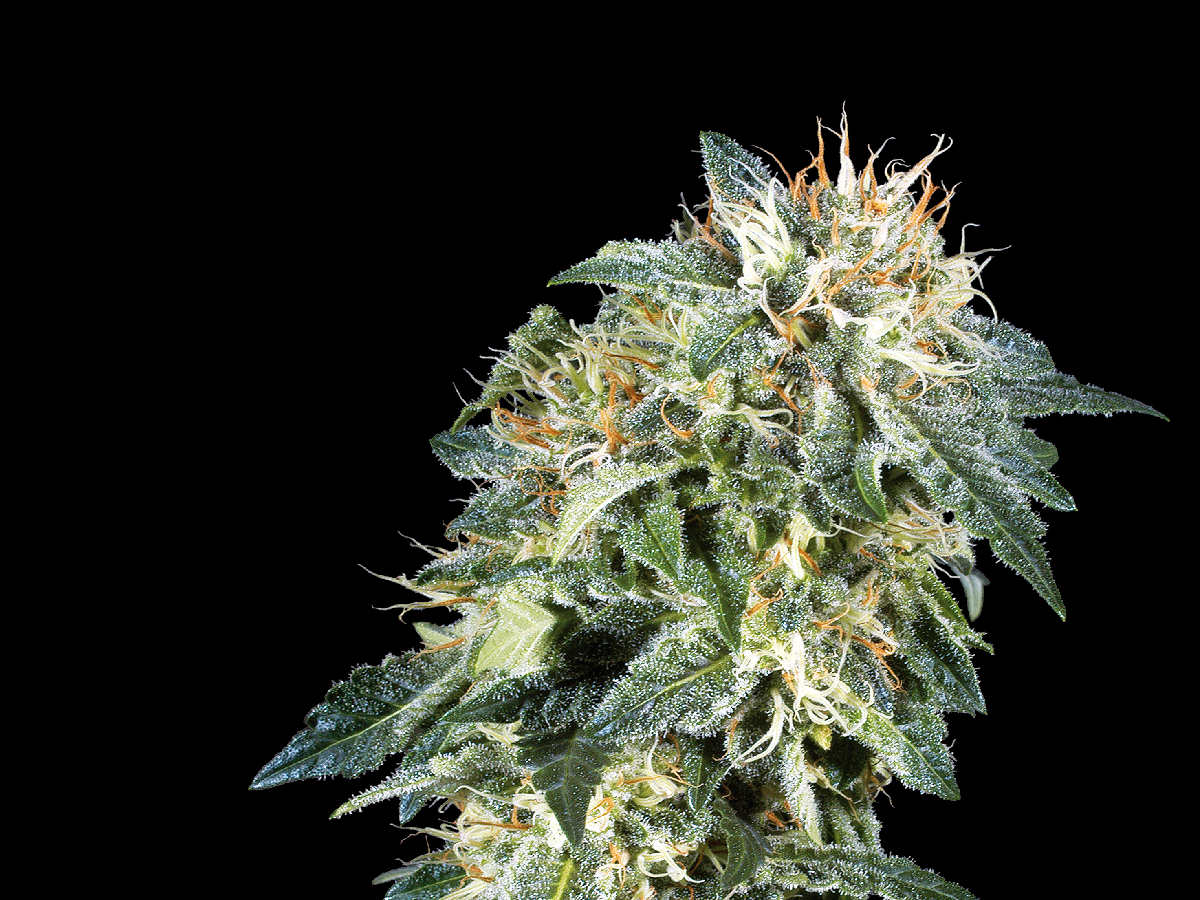 In our continuing series on the foundational marijuana strains that every grower should cultivate at least once, we’ve introduced Afghani, skunk and haze genetics.

These strains, and the landrace genetics they contain, are the basis for most of the more hybridized strains we grow today. The sourcing of original landrace genetics, and the breeding programs that produced these famous strains, took place from about 1966 until the end of the 1980s.

In that period, another famous Afghanica was developed: Northern Lights.

As with Afghani #1, Neville’s Haze and Skunk #1, Northern Lights was one of a handful of famous strains that dominated cannabis coffee shop menus in the Netherlands and grow rooms worldwide.

The dominance was due in part to the fact that most growers wanted fast-finishing, high-yielding strains that were easy to grow. Cannabis cultivation wasn’t legalized anywhere, and growers took a risk every day they kept live plants. So the shorter the bloom phase, the better. Indica and Afghanica genetics provided that benefit, and some strains based on these breeds also offered very large harvests.

There’s no definitive way to know how Northern Lights was first developed, yet we’re sure the originating genetics were pure Afghanica and that legendary seed breeder Nevil Schoenmakers — famous for Neville’s Haze — was involved in early Northern Lights breeding experiments.

According to cannabis folklore, Australian Schoenmakers (who was conducting his cannabis breeding work while living in the Netherlands) received 100 percent pure Afghanica Northern Lights genetics from where the strain had first been developed in the Pacific Northwest, near Seattle.

Schoenmakers’ breeding program and his famous facility The Seed Bank of Holland were purchased by Ben Dronkers to became Sensi Seeds, which today offers a non-feminized and a feminized version of Northern Lights.

The non-feminized version of Northern Lights is said to be 90 percent indica, which means 90 percent Afghanica. Many cannabis industry insiders use the terms indica and Afghanica interchangeably, but cannabis botanists insist they’re two separate, if somewhat overlapping genetic heritages.

The fact that the formerly 100 percent Afghanica Northern Lights #1 is now advertised by Sensi Seeds as 90 percent indicates that somewhere along the line, some sativa genetics had been inserted into the Northern Lights gene pool.

I’ve grown Northern Lights #1 produced by three different commercial seed breeders, and in each crop about 10–20 percent of the phenotypes showed significant sativa deviation from the standard Northern Lights phenotype.

So what is an authentic Northern Lights phenotype? It’s a fast-growing, extremely hardy, short, bushy, sturdily branched beauty that should be grown from seed or clone for 4–6 weeks in grow phase before being flipped into flowering, where you’ll see huge, fast bud development, with sticky, fat flowers ready for harvest in 45–56 days.

A true Northern Lights thrives on a high-parts-per-million hydroponics nutrients diet, and when you give it a premium base feed program such as Connoisseur hydroponics base nutrients in grow and bloom, you can barely keep up with the growth rate and how fast and thick the buds develop.

When disposing of my Northern Lights plants after harvest, I saw they generate a large root mass. I learned from this to transplant my clones or germinated NL seedlings into larger-than-average root zones in order to accommodate the massive roots and save me of having to transplant into larger pots.

Northern Lights has other favorable characteristics that have long made it a big hit with growers. For one thing, the most authentic phenotypes don’t generate a lot of odor, which makes it useful for those wanting to avoid the telltale smell of cannabis that comes with growing a skunk or haze.

Growers also appreciate that Northern Lights is sturdy and squat. I’ve never seen it get more than five feet tall. It grows wide instead of high. It doesn’t stretch nearly as much during bloom phase as most other strains do, and the branches can handle its very large buds without snapping or needing trellising or scrogging, so long as the plants are fed with supplemental amounts of calcium, magnesium and potassium silicate. These nutrient elements contribute to the sturdiness of plant structure. I supplement with Rhino Skin and with Sensi Cal Mag Xtra to provide those elements.

One Northern Lights trait that growers don’t like so much is that the buds are so thick that they’re susceptible to gray mold. Starting with early peak bloom when the buds are already fat and only getting fatter, set your grow-room humidity lower than usual, do your best to filter your grow-room air so molds can’t vector in, and watch your buds like a hawk so you detect mold early if it does occur.

What Does Northern Lights #5 X Haze Feel Like? The Best Of Sativa & Afghanica Combined

A true Northern Lights high is narcotic, sedating, great for pain relief, and one of those strains about which we advise, “Use this in the evening, not in the daytime.” I consider the high somewhat boring, but friends say it’s great as medical marijuana for post-traumatic stress disorder, anxiety disorders, insomnia, chronic pain and seizure disorders.

Even though the buds while growing don’t give off much scent, if you dry and cure them properly, they manifest a pleasant taste and smell featuring pine and musk, with a slight skunk overtone.

NL5 x Haze is about 65–70 percent sativa, which results in a longer flowering time (63–76 days), more floral scent in bloom phase, and a psychedelic, stimulating high. This strain is very popular because it offers a sativa high from a plant that retains many favorable NL Afghanica characteristics.

Even though NL5 x Haze stretches during bloom phase (sometimes more than doubling its height), buds fill out the branches from top to bottom and are much wider and resinous than typical sativa buds.

The strain can stretch so much in bloom that growers save overall crop cycle time by shortening grow phase to 3–5 weeks. You don’t want to let this strain get taller than about 2.5 feet in grow phase, because that 2.5-foot plant could be 6–7 feet by the end of bloom phase, unless you skillfully top and train it. As soon as grow phase plants have 4–7 internodes and a healthy root zone, they should be flipped into flowering. The shorter grow phase means that total crop time for this NL5 x Haze can be only a week or two longer than total crop time for Northern Lights #1.

Because NL5 x Haze is a relatively simple cross between two simple world-class foundational hybrids, breeders and cloners love it. It can be backcrossed to tease out genetics exclusive to NL5 and to haze, so growing of this strain gives you a breeding portal to acquiring foundational genetics that are either pure Afghanica or pure haze.

The best thing about NL5 x Haze is that the cross gives you a hallucinatory, personality-altering haze high, combined with the many yield and cultivation benefits of Afghanica hardiness, harvest size and vigor. Growing extremely large, gooey sativa buds isn’t common because they tend to be thin and airy — and yet NL5 X Haze manages to deliver fat sativa buds!

Another sweet trait is that the buds, although fat, aren’t as susceptible to gray mold as pure Afghanica Northern Lights, and you can use powerful bloom boosters such as Nirvana, Big Bud and Bud Candy to bring out smell and taste nuances and increase resin production.

Note that NL5 x Haze has a much stronger scent during bloom phase compared to Northern Lights #1, and due to its tendency to stretch a lot during bloom phase, you may want to SCROG it or otherwise train and support it so the branches don’t flop over or so that the plants don’t become too tall for a standard grow op.

As with several other heritage marijuana strains, Northern Lights and Northern Lights #5 x Haze are best sourced from Sensi Seeds. Only a few years ago there were many numbered versions of Northern Lights available, as well as altered strains such as Dutch Passion’s Oasis (a cross between NL2 and Hindu Kush). Sadly, most of those strains have disappeared from seed banks and seed sellers, but Sensi Seeds has maintained the genetics of these two heritage strains that every grower should grow at least once in their cultivation careers, if not forever.