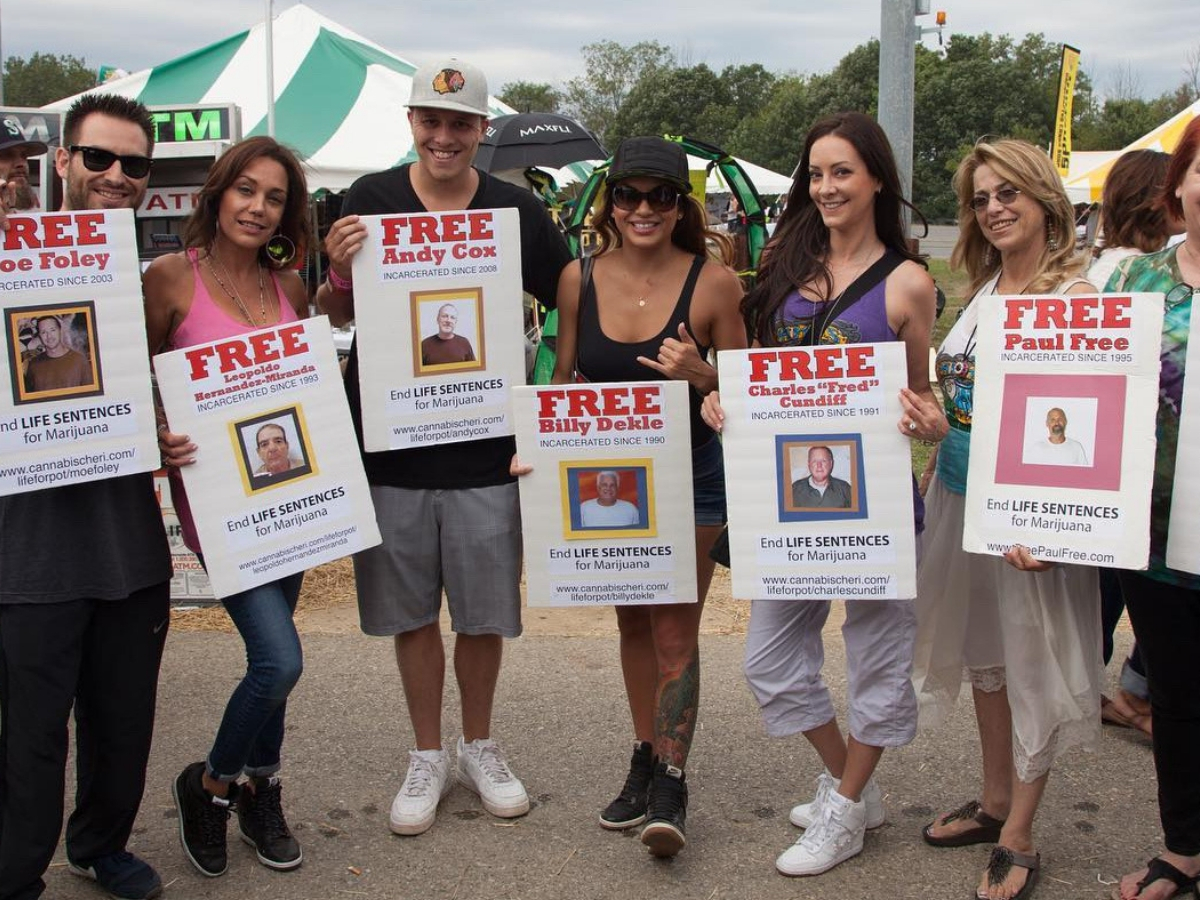 The current attitude toward cannabis in the United States appears to be mostly progressive, with 10 states and the District of Columbia regulating cannabis for recreational use, and 23 other states for medicinal use. Other states are pushing some form of decriminalization legislation, taking the first step in the direction of regulation.

Agricultural hemp has been restored to American farmlands with last December’s signing of the 2018 Farm Bill. Epidiolex became the first cannabis-derived drug to be approved by the Food and Drug Administration, and work is being done to remove cannabis from its designation as a Schedule I controlled substance. Each legislative session brings the US closer to the end of prohibition. But even as the dark veil of prohibition begins to lift, thousands of people remain locked up in a privatized prison system for their involvement in cultivating and distributing a plant that arguably should never have been prohibited in the first place.

The war on drugs has spanned decades, and the number of people impacted, whether directly and peripherally, is massive. The loved ones of those serving prison sentences are left to shoulder the financial burden of supporting a one-parent household and the costs of incarceration.

Enter Freedom Grow, a nonprofit organization whose mission is to improve the quality of life for those currently incarcerated, as well as their extended family, with cash donations and a pen pal program.

The organization is the brainchild of Stephanie Landa, who was inspired by personal experience: Landa spent time in federal prison for growing medical marijuana in San Francisco. Proposition 215 — the Compassionate Use Act — had passed just a few years prior; the first state-issued medical marijuana card program had been implemented, offering protection from arrest to anyone carrying a card; and retail businesses were permitted to provide safe access to medical marijuana, as long as they distributed only to patients in compliance with Prop. 215. Meetings were being held throughout the city, in which activist associations brought growers and patients into negotiations with city officials. These officials assured business owners they would be protected from state and federal prosecution.

Landa and her business partners Kevin Gage and Tom Kikuchi received written permission from the San Francisco chief of police and district attorney to grow an unlimited amount of medical cannabis, as long as they stayed within city limits and distributed only through patient networks. The letter also offered protection from interference by the federal government, as San Francisco was attempting to become a sanctuary city for growers. City officials, in writing, stated they would not turn any case brought against the operation over for prosecution, should something happen.

A raid on their operation indeed did happen, and the three defendants were handcuffed but not arrested. They were told they would have to leave the warehouse immediately. Their entire grow operation was destroyed, and the components deconstructed and lost to asset forfeiture. In the end, the police chief apologized, gave Landa $300 with an ounce of cannabis for personal medicinal use, and sent them on their way.

Three weeks later, however, Landa’s attorney informed her she had been indicted by the federal government. She immediately turned herself in and began the process of negotiating a plea deal in the face of a life sentence. Their attorneys recommended they take the plea deal, despite the fact they would be pleading guilty to cultivating more than 1,000 plants, even though the grow was nowhere near that size. In the end, Landa and her co-defendants would each be sentenced to five years in federal prison.

Landa spent her time constructively while incarcerated, initiating several programs to help her fellow inmates. She taught classes on social injustice that featured the life works of Martin Luther King Jr., Cesar Chavez and Gandhi, helping others find nonviolent ways to handle life circumstances. She also launched a recycling program. She did all these things as a response to seeing firsthand the low standard of living afforded those serving time in federal prison. Landa was determined to find ways to improve her own quality of life, as well as those serving time with her.

Prison life is not easy, nor is it cost effective. Prisoners are required to purchase everything outside of the few items issued upon arrival. The prison commissary stocks anything from personal hygiene items, food, clothing items, even bottled water to drink instead of prison tap water. Each prisoner is issued a pair of steel-toed boots. A pair of sneakers can be purchased for use during non-working hours, but if an individual cannot afford sneakers, they must wear the steel-toed boots anytime they are outside of their cell. Phone calls, laundry detergent, books and art supplies all cost money. Prisoners are charged per word for emails sent out to family members.

Landa, along with her friends at Americans for Safe Access, started an organization called Landa Prison Outreach Program to send books and donated items to prisoners serving time for cannabis offenses. Upon her release, she started serving beverages to attendees at cannabis events like the High Times Cup and Hempfest, using the money earned to help those still serving time for nonviolent cannabis offenses. After receiving a large number of donated books from the Malibu public library system, she saw the need to further expand the organization to help more people. 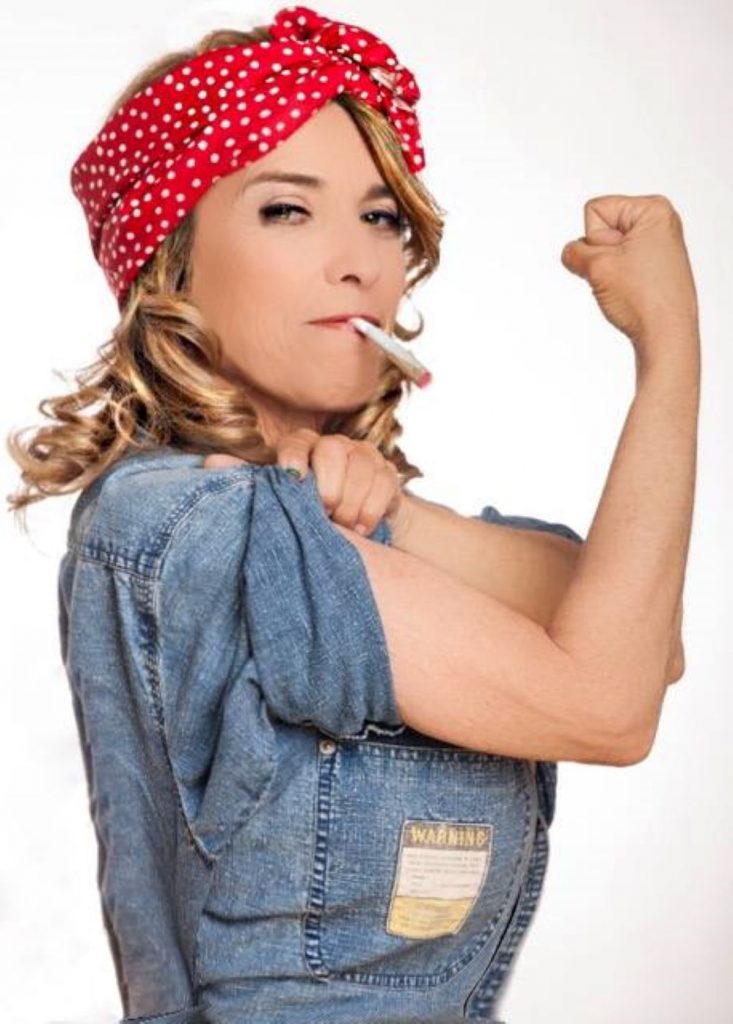 Combining efforts and resources with cannabis advocate Dr. Dina, Landa established Freedom Grow, which now serves more than 100 cannabis inmates. The organization sends money, books and letters that are donated from a wide network of supporters. Through increased fundraising efforts, last festive season, the nonprofit sent money orders to all of those registered in the program as well as to their children and grandchildren.

Of the 100-plus inmates served by the efforts of Freedom Grow, 75 of them are serving life sentences. Ironically, many of these prisoners are serving their sentences in states that have implemented regulations for recreational cannabis, like California, Colorado, Washington and Oregon. Currently, cannabis regulation does not include exoneration of past charges.

For more information on mass incarceration in the United States or how to adopt a prisoner currently serving time for a cannabis-related offense, go to freedomgrow.org.