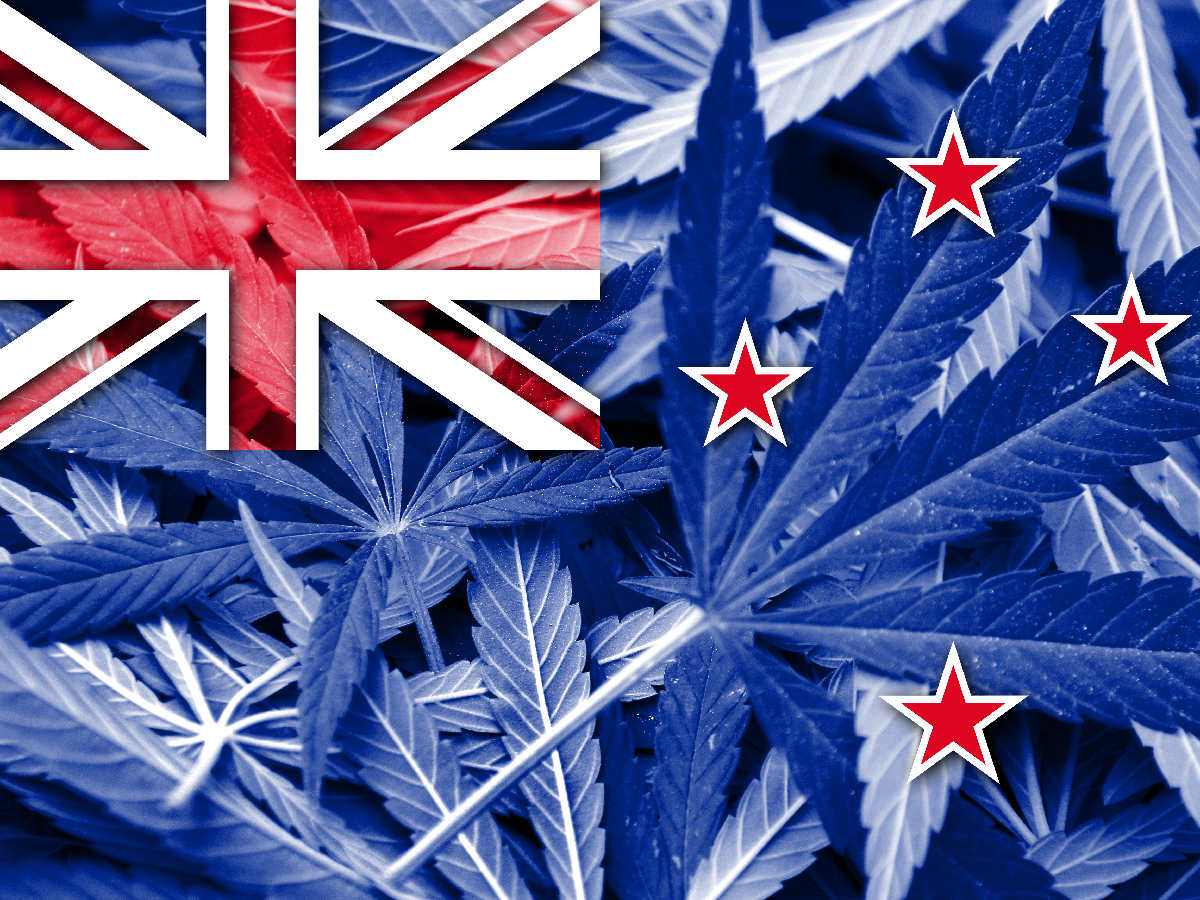 After a lengthy, convoluted and somewhat surprising election process, New Zealand is officially under new leadership. Holding the reins to the new government — a coalition comprised of the Labour Party, the Green Party and New Zealand First — Prime Minister Jacinda Ardern is the country’s youngest leader in more than 150 years.

To many, Ardern is the embodiment of New Zealand’s evolving attitude toward social and environmental issues. Improving housing affordability is near the top of the government’s to-do list, as is tackling climate change, introducing free tertiary education — and amending some of New Zealand’s prehistoric cannabis laws.

While Ardern has long been an advocate of medical marijuana, the legalization of recreational cannabis has always been a fairly taboo subject in Kiwi politics. Indeed, on The AM Show in April 2017, New Zealand’s then-Prime Minister Bill English flat out said, “We don’t want an official marijuana industry. We’re not going to be legalizing it. We just think the long-term damage of large-scale use of marijuana is pretty bad.”

However, it seems as though English’s words may prove to be less than prophetic, thanks largely to the Green Party, whose support for Labour was partly contingent on a referendum on legalizing cannabis for personal use.

So legal recreational cannabis could be on the cards for New Zealand. Who stands to benefit from these changes? How will it affect the country? And what does it all mean for prospective growers?

In New Zealand, cannabis is a Class C drug. As noted by the New Zealand Police, those caught in possession face up to three months in prison and/or a $500 fine (though authorities often use their discretion and don’t enforce these laws to their fullest extent).

It might be illegal in New Zealand, but that hasn’t stopped the country from developing a passionate love affair with cannabis. In fact, as a nation, New Zealand has one of the highest rates of cannabis use on the planet. Forty-two percent of Kiwis have used cannabis at some point in their lives, according to research published in the international PLOS Medicine, putting the country’s lifetime use rates on par with the US and well ahead of the Netherlands at 20 percent, Israel at 12 percent, and China at 0.3 percent.

So an enormous chunk of the NZ population has at least experimented with cannabis. In light of this, the new government is putting the vote to the people: Should recreational cannabis use be legal?
Understanding New Zealand’s Cannabis Referendum
After some intense negotiations, the new government came to an agreement on a number of key Green Party policies, including a referendum on legalizing the personal use of cannabis by 2020. This means the entire New Zealand electorate will have the opportunity to cast a vote on the matter.

Whether the referendum will pass remains to be seen, though the numbers are promising, if unofficial polls are anything to go by. For example, a 2016 poll commissioned by the New Zealand Drug Foundation found that 64 percent of Kiwis think possessing a small amount of cannabis for personal use should be legal or decriminalized, while 34 percent believe it should be kept illegal. 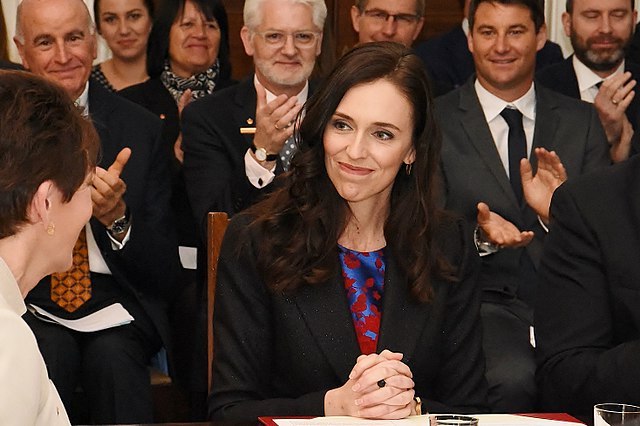 Cannabis supporter Jacinda Ardern is sworn in as prime minister of New Zealand.

“This is the first time we’ve seen such a strong majority in favour of reforming New Zealand’s drug law,” explained NZ Drug Foundation Executive Director Ross Bell via a press release. “This tells us voters are ready for change even if lawmakers aren’t.”

How Will Changes To Cannabis Legalization Affect Kiwi Growers?

As noted, recreational cannabis is very much illegal in New Zealand. Penalties for cultivation are particularly severe and can result in a maximum seven-year jail term or an immediate jail term of two years and/or a NZD $2,000 fine (that’s USD $1,400), depending on the amount of cannabis being grown.

NZ authorities frequently carry out aerial raids throughout the country to identify grow operations and invest a lot of resources into interrupting the supply and distribution of cannabis — resources that could undoubtedly be put toward better use elsewhere. Although the details of the referendum are yet to be announced, it’s likely the Green Party will push for allowances that permit people to grow their own cannabis for personal use, which will come as welcome news for anyone considering cultivating plants in New Zealand.

Legalizing cannabis would also alleviate pressure on the justice system and help taxpayers save their hard-earned dollars. Between 2007 and 2011, more than 1,000 people under the age of 25 were imprisoned for minor cannabis charges, according to figures reported by the NZ Drug Foundation. The total cost to taxpayers? A cool NZD $13 million (USD $9 million) — and that’s just for youth imprisonment. Expand the dataset to include all ages and take into consideration police time, court costs, probation costs, lawyer fees and so on, and New Zealand spends an incredible NZD $400 million (USD $276 million) annually on enforcing cannabis prohibition, as stated in a confidential internal Treasury document that surfaced in 2016.

Financial figures aside, the biggest benefit of legalizing cannabis is a social one. Young people who are imprisoned for minor cannabis offenses spend an average of 49 days behinds bars, tearing families asunder and putting everyone involved under immense financial and emotional stress. Simply put, legalizing cannabis would eliminate this unnecessary social strain.

Medicinal Cannabis To Arrive Within 100 Days

In addition to the personal use referendum, the government is also moving full steam ahead with plans to improve the availability of medical cannabis.

For years, the only medical cannabis product available in New Zealand had been Sativex, a 2.7 mg THC, 2.5mg CBD spray that doctors could prescribe to patients living with treatment-resistant multiple sclerosis. Due to the fact that Sativex is not funded by PHARMAC (a government agency that decides which pharmaceuticals deserve public funding), a prescription of Sativex costs as much as NZE $1,200 (USD $830) a month, making it prohibitively expensive for the vast majority of patients.

Under Ardern’s leadership, it’s likely that more patients will be eligible for a medical cannabis prescription. Historically, the only approved use for cannabis-based products in New Zealand was as supplementary therapy for patients living with treatment-resistant spasticity due to multiple sclerosis. There have been a few very rare examples of the Ministry of Health granting consent for unapproved uses (eligible conditions include chronic or neuropathic pain, spasticity caused by spinal cord injury, and cachexia associated with cancer or HIV/AIDS), but these cases have been few and far between.

The Labour Party aims to widen prescription criteria by introducing laws that will allow patients living with chronic pain or terminal illnesses to legally access medical cannabis, which could improve the quality of life of thousands of patients across New Zealand. These changes are set to go into effect within the first 100 days of the government taking power, giving Labour until the end of February to deliver on its promises.

What Does It All Mean For Kiwi Locals?

New Zealand cannabis users and advocates have long been frustrated with the government’s antiquated prohibitionist approach to drugs. The good news is that change is coming. These developments will hopefully bring the country up to speed with the rest of the developed world, who are increasingly coming to realize the financial, social and medical benefits of legalizing cannabis.

Of course, this all revolves around the referendum passing, which in turn depends on locals getting out and voting. Although the referendum might still be a couple of years away, it’s important that cannabis advocates in New Zealand start thinking about what they can do to support the movement. As with many other countries, New Zealand’s youth voter turnout is significantly lower than other demographics, so it’s vital that cannabis proponents encourage those around them to get out and have their say when referendum day finally comes around. To borrow Prime Minister Ardern’s concise yet effective campaign slogan: Let’s do this.

Bud Money: Exploring Low-Tech, Low-Cost Marijuana Growing Strategies & Equipment
M Is For Migraine, Marijuana — And Mitigation. What Are The Best Strains To Grow For Sufferers?