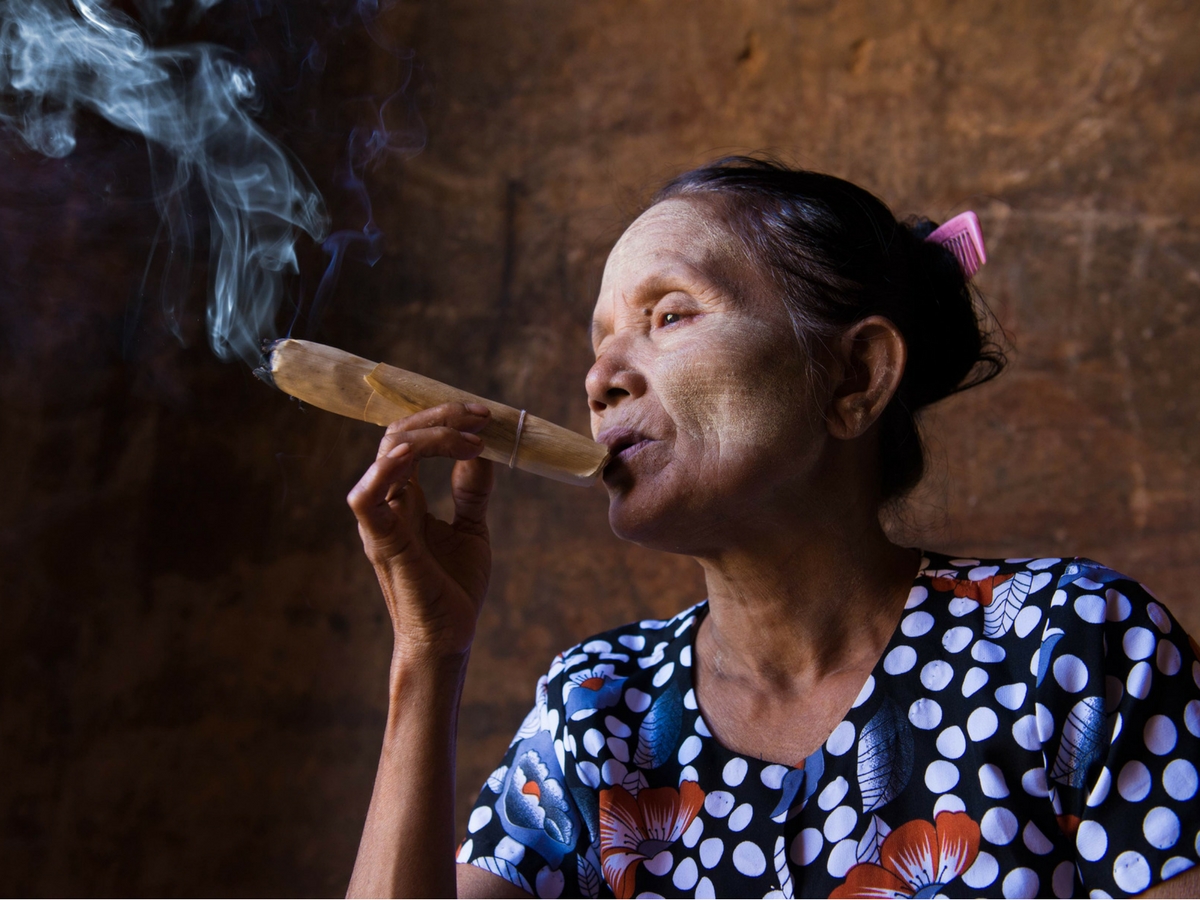 As recreational cannabis users in California celebrated their new legal rights to enjoy cannabis, critically ill and financially strained patients prepared to face a new challenge: The charitable donations of free cannabis that enabled their treatment would no longer be allowed.

The California cannabis industry is strongly rooted in compassionate giving, and many brands, dispensaries and individual cultivators have made it a priority to give back to those in need. Whether it’s a free ounce passed on to a sick friend or neighbor, or making product donations to a compassion program, giving back has long been a big part of cannabis culture.

Now, however, things are getting more complicated. What was once just a generous act has become black-market philanthropy. The same regulations that are allowing for the recreational use of cannabis have made things difficult for those trying to help the ones who need it the most.

If you’re a cultivator or cannabis brand in California, giving back is not impossible — but it is much harder. Read on to learn more.

To find out about these regulatory changes, we spoke with Amanda Reiman, Ph.D., vice president of community relations for the Flow Kana Institute. Reiman was the manager of marijuana law and policy for the nonprofit Drug Policy Alliance and has studied cannabis compassion programs academically, as well as spearheading active compassion programs herself. Currently she is working to change the regulations that are restricting these important community programs.

According to Reiman, there are two main changes that are making things difficult for the programs that are already in place. First, new taxes on California’s cannabis donations create an additional expense for dispensaries.

“The medical side is allowed to give away samples for free,” explains Reiman. “The problem came with the taxes.” Under the old system, charitable donations of cannabis only cost the product itself. A product could be gifted to any patient, with a doctor’s recommendation.

However, the new system taxes each donation as if it were being purchased at full price. If a dispensary gives away a $15 item, it’s not only losing that product, but also having to pay taxes as if $15 had been made from a sale.

The other notable change is in who can donate product to consumers.
In the old model, any patient could gift cannabis to another patient. It didn’t matter if they were a dispensary, a cultivator or a brand. This meant growers themselves could donate product to those in need. Now, Reiman explains, “It’s very hard for anyone to bring product directly to consumers unless they have a retail license.”

Under the new model, only dispensaries are licensed to distribute product to consumers. So, unless they have a micro-business that allows for direct-to-consumer retail, licensed cultivators and product manufacturers are not legally allowed to gift any of their product.

Reiman says these restrictions may have do with worries over diversion of cannabis into the black market. “We have to work within a structure that’s going to give the state the confidence that there isn’t just a bunch of cannabis out there in the world, unattended to.”

Still, Reiman says the cannabis industry isn’t giving up just yet. “We’ve been trying to come up with creative ways for people to still engage in philanthropy around compassion programs without going awry of what the regulations currently say.”

Changes to these laws would undoubtedly be the best solution in the long term.

These much-needed changes are becoming all too urgent. Just ask those who have been working to provide free cannabis to people in need.

“We’re experiencing tremendous results,” says Miller. “Some of the elders have reported that they no longer need to take their blood pressure medication. A lot of folks don’t need their antidepressants anymore. They don’t need their opiates any longer. And this is all a result of receiving compassionate free cannabis. Some folks have said that we saved their lives.”

Still, the cannabis donation part of the program came to a screeching halt in 2018 when the new laws came into effect. While Miller says he’s “stocked up the troops pretty heavily over the winter and informed them that there will be some periods of scarcity,” he worries about what will happen when those supplies run out, saying, “I am very concerned about what the lack of compassionate cannabis will do in terms of choices about pharmaceuticals or alcohol.”

Miller continues to push for legislative change, suggesting the state has an interest in fixing these problems. “What we’re trying to do is prevent the emergence of a philanthropic black market,” he explains. “This is just a temporary suspension until we can create a true pathway to compliance.”

Payan created The Apothecarium’s compassion program, but says the new tax laws make it financially infeasible to continue. “As an activist and an advocate, I’m saying, ‘Yes, there is something we could do!’ But from a business standpoint, it’s really hard for the dispensary to be able to make things happen. How do you get vendors to actually donate if there’s going to be a tax?”

Now, for Payan’s patients who were receiving regular installments of free cannabis, the clock is ticking. “I was able to supplement them with enough [cannabis] to carry them over for some time, but that’s not going to be forever and there is a lot of anxiety about that.” she explains. “Prices are also higher than before. There’s been a lot of tears, a lot of anger and anxiety.”

Other cannabis programs say they have been able to continue their charitable work despite the regulatory changes, but fear more negative changes to come.

Lindsey Friedman, project director at Jetty Extract’s Shelter Project, says that “as of now, we are still able to reach out and serve those already participating in the program. However, changes that are soon to be made may cause some uproar, or serious difficulties.” The Shelter Project currently provides more than 400 cancer patients with free cannabis and cannabis oil.

For those in the cannabis community looking to participate in charitable giving without entering into what may be considered a black-market area of operation, the options are limited and challenging, but not entirely absent.

One apparent loophole is a law that allows adults to cultivate up to six cannabis plants and gift away up to an ounce of weed. “If I were a farmer who wanted to participate in a compassion program,” explains Reiman, “I could grow six plants, have them tested at my own expense, and then make them available to people for free.”

Importantly, though, these so-called gifts would need to be kept out of the commercial system. Once cannabis is part of a track and trace, it will be taxed and must then go through a retailer. Deviating from that could mean the loss of a brand’s license to operate.

Cultivators and brands who can’t donate cannabis directly to consumers might consider donating cash instead. For example, brands could consider donating $10 from each pound sold to a worthy charity of their choosing. This could be a non-cannabis charity, or one designed to provide people with funds for cannabis. “Some people have discussed something kind of akin to an [electronic benefits transfer] card, where there is already funds on there, and patients can actually purchase exactly what they need,” adds Payan.

For groups like Operation EVAC who want to provide cannabis directly to patients but don’t have any type of commercial cannabis license, Reiman suggests fundraising, and then using the cash raised to purchase cannabis. The acquired marijuana can then be legally gifted — as long as it is under an ounce at a time.

The Future Of Cannabis Compassion Programs

These options provide some wiggle room, but there is hope that these workarounds will be temporary.

Everyone spoken to for the purpose of this story said their respective charities have been well-received by legislators and they hope any changes to the system will be positive and a step in the right direction.

“There isn’t anybody out there arguing that we shouldn’t have compassion programs,” insists Reiman. “I think it’s really going to be a matter of just finding the solution that allows the compassion program to continue, but addresses any concerns people have about diversion in the market.”

Payan also expressed hope, saying that “from the task-force standpoint, one of the big subjects for the first part of this year is, ‘How do you get a compassion program in place to be able to help the people in our city?’” For statewide changes, she explains the wait might be a little longer, saying that Lori Ajax, the chief of the Bureau of Cannabis Control, has given her estimates closer to July.

The legislative future seems bright. But in the meantime, patients and the programs that serve them are fighting for change, looking for creative solutions, and hoping this issue is resolved soon.

President Evil? In Honor Of Presidents’ Day, Let’s Take A Look At Our Commanders-In-Chief’s Thoughts On Cannabis
THC Amiss? Deadlights Proves You Can Get High From A High CBD Strain