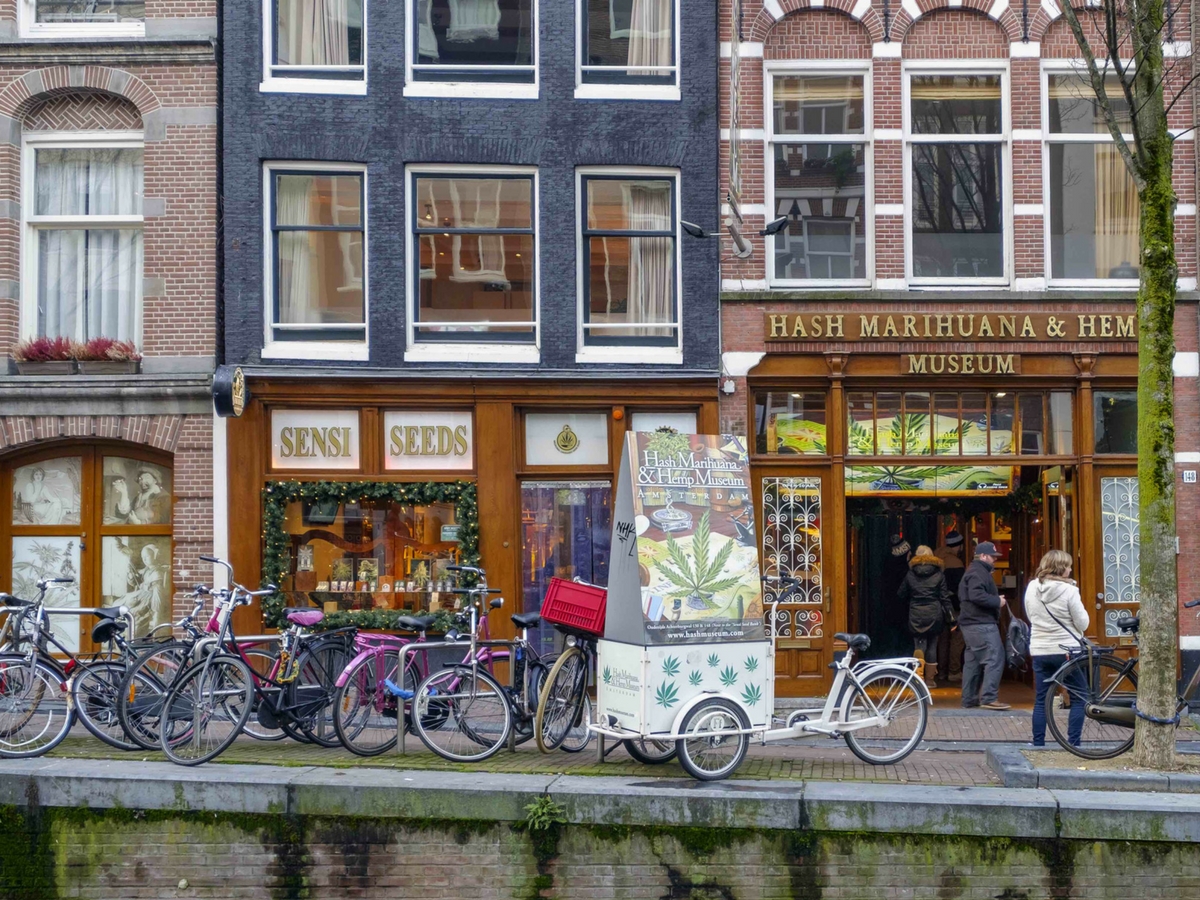 If you thought cannabis legalization in the Netherlands was a free and easy nonevent, you best think again.

In 2015, Dutch TV journalist Bas Haan reported on a secret deal between a hash dealer and the Dutch Ministry of Justice and Security. This shock exposé forced then-Minister Ivo Opstelten, a member of the conservative People’s Party for Freedom and Democracy (VVD), and several of his high-ranking officials to resign.

Then, in December Haan was at it again, releasing yet another explosive news report about how top officials in the Justice Department pressured independent researchers to change their cannabis research to fit the repressive government policy.

Nieuwsuur broke the explosive story on December 6, with Haan writing in a translated version of the text:

Following pressure from senior officials at the Ministry of Justice, an independent research report on regulation of cannabis cultivation in 2014 was drastically adjusted. The research assignment, reports and conclusions were influenced in such a way that the … drugs policy of the Minister of Justice was supported, rather than criticized as researchers had actually established.

It’s thanks to a whistleblower that this latest scandal came to light — a woman who has worked for the independent research and documentation institute WODC since the early ’80s. Although the WODC is housed in the same building as the Ministry of Justice in The Hague, strict protocols ensure that its research is carried out independently. At least, that’s the official line.

The unnamed whistleblower is alleged to have repeatedly complained to her superiors about the manipulation of cannabis research carried out by the WODC. When her protests apparently fell on deaf ears, she decided to inform Haan, a reporter at Nieuwsuur, the country’s most prominent TV news program. Haan was able to access all the complaints as well as hundreds of emails, proving just how far the government manipulation went.

Jan Brouwer, professor of Legal Methods at the University of Groningen in the north of the Netherlands, has studied both versions of the government report. He told Nieuwsuur, “In fact, it says here [in the first version] that municipalities do not experience problems with regard to the size of the coffee shops, that they do not experience any nuisance. … [In the second] version it states that the municipalities experience nuisance as a result of the size [of the coffee shops], which is simply diametrically the opposite of what [was] initially the conclusion of the investigation.”

Even more striking is the manipulation of research into the alleged illegal export of cannabis. The claim that “at least 80 percent” of cannabis produced in the Netherlands is exported was Opstelten’s most often-repeated mantra.

And he used this point to argue against regulation of cannabis cultivation and sales: Even if the cannabis production for the coffee shops were to be regulated, it would solve at most 20 percent of the problem.

This export myth, still widely circulated in Dutch media, has now been proven to be exactly that: A myth, not supported by any reliable data.

The ever-increasing repression of cannabis culture in the Netherlands, the so-called Dutch weed pass banning tourists from coffee shops, the grow-shop ban, the house evictions of small growers — it was all based on fabricated data.

Back in 2015, Minister of Justice Opstelten was forced to resign over the aforementioned secret hash deal, which alleged that in 2000, 4.7 million guilders (about USD $2.6 million) was paid to convicted drug dealer Cees H.

When these revelations first came to light, Opstelten responded with a brief statement announcing his departure from the Ministry of Justice:

There has been a lack of certainty about the facts surrounding that settlement and I have concluded that I must now resign.

This shock admission dragged Opstelten’s under minister, the speaker of the House of Representatives, and even his successor down with him.

Opstelten, former mayor of Rotterdam, the second largest Dutch city, led the justice ministry from 2010–2015 and made installing obstacles to cannabis legislation reform his top priority. Taking pride in his hardliner approach, Opstelten introduced a law banning grow shops, the Dutch weed pass keeping tourists from coffee shops, and raised the penalties on pretty much anything related to cannabis, including cultivation.

Opstelten refused to even consider any kind of regulation of cannabis production to supply the coffee shops. In doing so, he forced those establishments to continue their reliance on black market product. Dutch police raid about 5,000 grow ops every year, resulting in high prices for marijuana customers, an almost total lack of lab testing or quality control, and unreliable availability of product.

In 2014, when a group of mayors presented a manifesto — which was signed by more than 35 municipalities — imploring Opstelten to at least allow local experiments with regulation, he reacted in typical fashion:

I will not regulate cannabis. Even if there were ten manifestos, the answer remains convincingly no. I’m the one who decides, not them.

It has now become clear that the research Opstelten used to defend his repressive policies was rigged. An example: In 2014, the WODC concluded that the problems surrounding coffee shops the government wanted to tackle did not exist. Against the will of the report’s authors, the director of the WODC rewrote the conclusions.

Following the sensational Nieuwsuur report, nearly every political party in Dutch parliament submitted a long list of questions about the WODC scandal. The most fundamental enquiry came from left-wing party GroenLinks (whose name translates to GreenLeft), who wrote:

The aforementioned members ask whether you are prepared to reconsider the previously adopted government positions and policy changes with respect to the aforementioned reports and any other manipulated reports? If not, why not?

One of the mayors who has for years been advocating for regulation of cannabis production to supply the coffee shops is Paul Depla, mayor of Breda. He’s had numerous conversations with former Justice Minister Opstelten about the topic. Depla was shocked by the revelations, telling a local newspaper, “First you think, this cannot be true. You have confidence in the government and the WODC. Then you get disconcerted. What report from the WODC can we still believe? The agency’s authority has been thrown away for political purposes.”

Indeed, the implications of the WODC scandal are huge, with Depla agreeing, “The adapted reports have played a very important role in the discussions about [the] weed pass and regulation [of cannabis].”

“The minister did not think he could do both initiatives. The weed pass not because, according to WODC research, coffee shops would continue to cause too much inconvenience and not be regulated by international legislation. We have always resisted that and now appears to be right.”

Referring to the export myth, Depla says, “It is still stated that regulation makes little sense because 80 percent of the [cannabis] is destined for export. But that is also a figure from the WODC.”

To Professor Brouwer, it’s clear what should happen next.

“If I were a member of parliament, I would demand a full parliamentary enquiry,” he told Nieuwsuur.

An excellent suggestion, as such an enquiry could answer the question that has been puzzling foreign journalists and cannabis aficionados alike: How is it possible that the world-famous Dutch tolerance policy turned into a full-blown war on drugs?