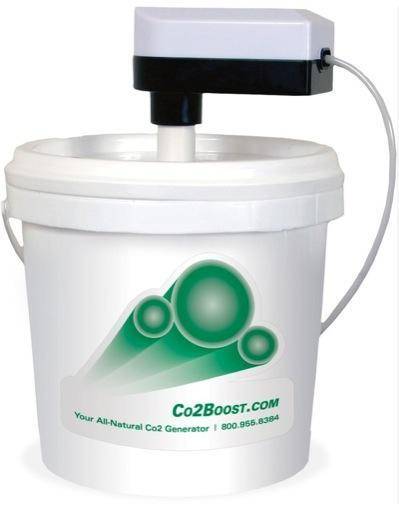 By Steve Davis | Published: September 1, 2011
Hydroponics marijuana growers sometimes complain that hydroponics magazines focus on high-tech, expensive gear and nutrients because it’s good business for the hydroponics industry. I get that. Hydroponics writers are fanatics about the latest gear and equipment, and we forget that you can grow marijuana on the cheap.

On marijuana cultivation forums and other marijuana-hydroponics media, a sizable percentage of growers swap and seek advice about how to build your own systems, soils, and even nutrients.

The do-it-yourself faction has the practical skills, tools, materials and time I don’t have. I am not good at building things, not even things that come with instructions. I admire people who can create low-tech, self-made hydroponics systems and gear for themselves.

Recently, a grower challenged me for recommending a new type of safety-enhanced C02 generator that’s water-cooled and runs on propane or natural gas. He said that not everybody can afford or wants to set up a device like that, but they do want C02.

He said that I was failing to provide the whole story because I wrote about the benefits of C02 without mentioning low-tech ways you can add C02 to your hydroponics garden.

In response, I explained to him that I couldn’t possibly cover all facets of hydroponics gear in one article. There just isn’t enough room. I confessed that I am a person who loves progress and innovation. I am a hydroponics version of a Star Trek Trekkie: I love to see science pushing hydroponics gardening into the space age, especially when that space is filled with big phat buds!

But I also realize that growers who don’t have the money or need for such sophisticated manufactured hydroponics gear can do well with other strategies.

For example, we know that extra C02 boosts plant growth and yield. But fossil fuel-fired C02 generators add extra heat and humidity to your grow room, which costs you extra money to remove. So if we don’t want to invest in a C02 generator that uses commercial propane or natural gas, what can we do?

Popular low-tech methods include putting dry ice or fermenting materials into grow rooms. One time-tested method involves using C02Boost. It’s a bucket containing a proprietary, patent-pending mixture of substrate and mushroom mycellium that generates C02 through natural processes. The manufacturer spends more than a month blending and prepping this material so it sends out C02 for a full three months after you activate the bucket in your hydroponics grow room.

So when you activate the bucket, count on it producing C02 for 90 days. There’s no propane or natural gas, and no worries about fire, extra humidity or heat either.

C02Boost sends C02 directly to your plants’ leaves via a very small aquarium pump and tubing (both components are included when you get the bucket). Having C02 delivered directly to your leaves is very efficient and smart, because that’s where your hydroponics plants absorb C02. The pump is coupled to your hydroponics lighting timer so the pump delivers maximum C02 during the lights-on cycle, when your marijuana plants most use C02.

You can also channel the C02 to your internal fan system for distribution throughout your hydroponics grow area. This is especially useful if you’re growing in a chamber.

You use one C02Boost bucket per 8 x 8 foot grow room, according to the manufacturer’s specs. If you have a larger space, you use more buckets or add in a “Boost Buddy” bag that contains the same C02-producing materials as are in the bucket system.

If you have a small grow space (4 x4 foot or smaller), the Boost Buddy can be used by itself, although it won’t generate as much C02 as the C02Boost bucket, and it doesn’t have the pump and tubing system.

When the C02-producing capacity of the bucket or bag has expired, the nutrients-rich contents can be used as a top dressing fertilizer containing nitrogen, phosphorus, potassium, magnesium, and calcium.

Using the bucket or the bag, you can’t dial in a specific C02 ppm like you do with the Cool Flame, but you do get added C02 that fuels marijuana metabolism and THC production…without as much expense, set-up and apparatus as fancier C02 generators require.

Feel free to use our comments section to talk about other low-tech ways to provide your marijuana plants with irrigation, C02, and other infrastructure. When you get maximum yields of kind buds loaded with THC using less expensive hydroponics products in your marijuana grow room, that’s a win.