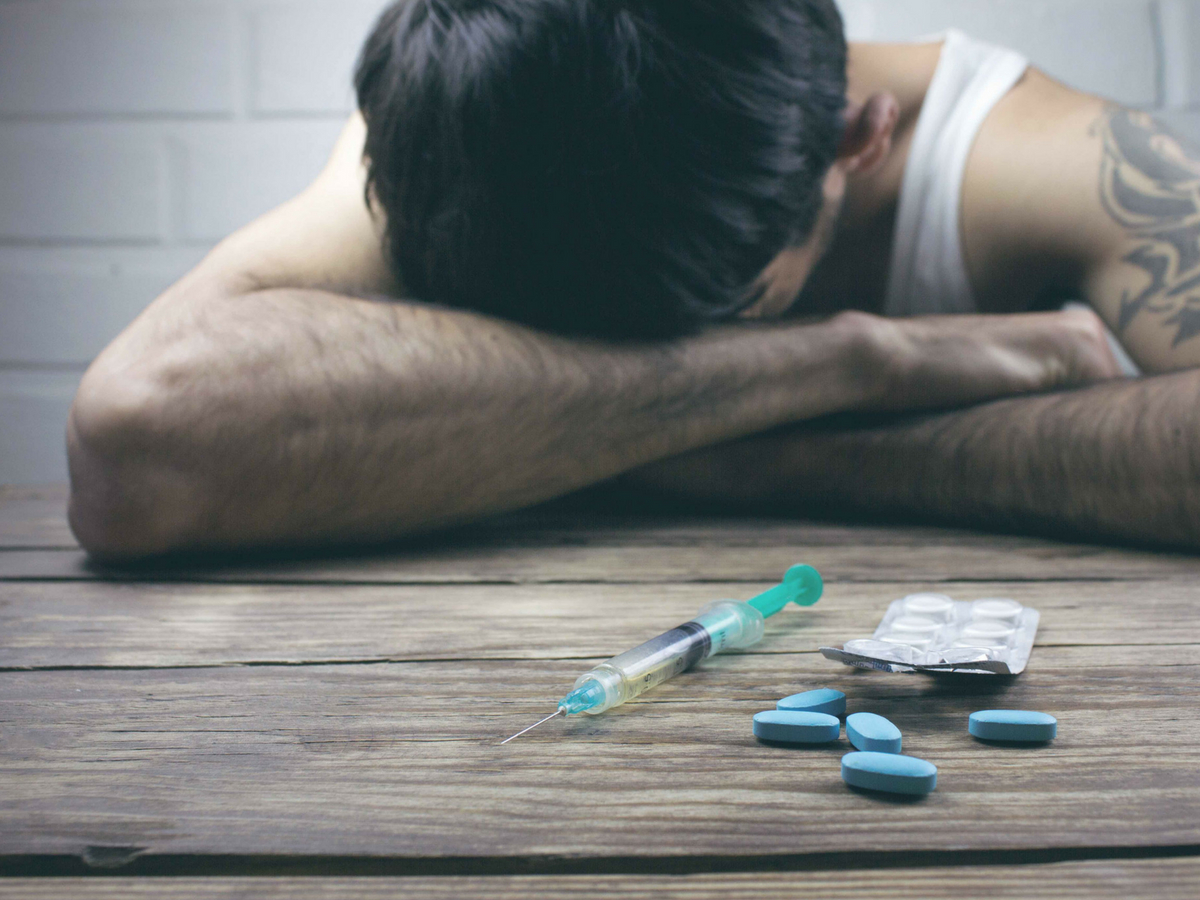 Every year, there are 6 million people suffering from lack of access to controlled medications, and most of them are pain patients, according to the World Health Organization. The lack of options for such excruciating circumstances means hundreds of thousands of Americans are instead prescribed opiates, even if they don’t want them. It’s created a national epidemic that claims around 115 lives a day in the US — a staggering number, and many medical professionals have stepped up to say that cannabis should be an option.

That was the official battle cry from patients, scientists and advocates who descended on Washington, DC for the May National Medical Cannabis Unity Conference. Organized by the nonprofit Americans for Safe Access (ASA), Unity 2018 brought together patients, providers, activists, medical specialists and legal professionals from around the world to share best practices and discuss how to further the medical cannabis conversation with our political leaders as America’s midterm elections approach. In its sixth year, Unity 2018 shone a spotlight on the lifesaving role that medical marijuana can play in the fight against the opioid epidemic.

According to ASA’s website, the nonprofit is the “largest national member-based organization of patients, medical professionals, scientists and concerned citizens promoting safe and legal access to cannabis for therapeutic use and research.”

At ASA’s 2018 DC summit, patients suffering from chronic pain, the effects of cancer, and epilepsy among other ailments gave voice to their fight to allow medical marijuana as a treatment option. From the panelists to the audience, the like-minded group of professionals and advocates came together to say that it’s critical our nation’s lawmakers understand and respond to medical marijuana’s potential role in mediating the opioid crisis.

Current policies focus on criminalizing addicted patients and their overprescribing medical professionals. The good news is that, according to peer-review medical journal JAMA Internal Medicine, research has shown a nearly 25 percent decrease of opioid overdose deaths in states with medical cannabis laws. Although, not everyone has access to the plant or to cannabis-derived products.

Indeed, medical marijuana is not an option for all patients, due to the federal-state legal conflict, inadequacies in state laws, and lack of medical professional and patient education. Even in the 29 states with a legal medical marijuana program enacted, there are few professionals who can speak skillfully to medical cannabis patients — a problem Dr. Meredith Fisher-Corn is working to fix as editor-in-chief of medical educational website TheAnswerPage.com. (You can check out Fisher-Corn’s “Opioid Risk Management and Abuse” and “Medical Marijuana” series, both featured as online education material by the Massachusetts Medical Society.)

“Doctors can only work with so much, and there’s more information out there and we need to encourage politicians to advance research,” said Fisher-Corn, speaking on the Unity Conference’s panel of medical professionals, titled Connect Four: Educating Patients, Physicians, Providers, and Policy Makers. She also expressed concern over the fact that budtenders are being forced to consult people on their medical conditions, an area of discussion that should be left to the medical professionals.

One of the worst hit states in the opioid epidemic, and the most likely to benefit from medical marijuana, is West Virginia. According to the Centers for Disease Control and Prevention, in 2016, West Virginia had the highest rate of opioid-related overdose deaths in the United States. A simple Google search reveals shocking headlines such as “Drug companies shipped nearly 21 million opioids to a town with 2,900 people,” and “West Virginia physician faces 390 years in prison, $5 million fine for fraud, drug distribution.” There are still more frightening statistics about West Virginia’s opioid epidemic on the official National Institute on Drug Abuse website.

Democratic nominee for West Virginia’s 3rd Congressional District Richard Ojeda, who was honored at the conference as the 2018 ASA Elected Official of the Year, was joined by fellow West Virginian Kendra Fershee on the political panel titled Intervention: How Government Can Save Lives.

The 2018 Democratic nominee for representative of the 1st Congressional District, Fershee states on her website:

It is embarrassing that our federal government decides to help big pharma instead of everyday American citizens. It is now clear that marijuana has medicinal value.

At the conference, Fershee said she will fight to enact laws that legalize medical marijuana throughout the United States. With opioid addiction through the roof and health care costs skyrocketing, she agreed that American citizens need more options to manage their individual health needs.

“This has been stigmatized for so long,” she reminded the audience in DC. “One of the things I think we are struggling with in terms of galvanizing a movement on something that so many people agree with — is the stigma.”

When Fershee was first announced as a congressional candidate and said she was pro-cannabis, she said she thought it was going to be a really big deal — but instead, she “heard crickets,” despite the fact medical marijuana has worked wonders for cancer survivors and people with intractable forms of epilepsy. Asked why she believed she was met with little vocal support, Fershee said it’s likely because even though most people are not against cannabis, they aren’t comfortable voicing their support.

“People are losing [custody of] their kids because they are using marijuana, while people are dying from opioid addiction in West Virginia,” she lamented. “It’s a lose-lose situation.”

One brave woman shared her story about how she had to send her child away because of her involvement in legal cannabis. DC’s Chanda Macias of the National Holistic Healing Center Medical Marijuana Dispensary, who spoke on the political panel alongside Fershee, revealed:

“The price I had to pay is that when I went into the [cannabis] industry, the stigma was so strong that social services arrived to my house on multiple occasions. We decided that the best way to protect our children was for me to either step away or to have [them] go away, so I made a very hard decision to send my children to boarding school to protect them. And for a mother who raised all her children, [that] was an incredibly hard price to pay.

“When [my daughter] went to boarding school, because of my profession, she was drug tested once a month,” Macias continued. “She endured that because she believed in the cause as well.”

Lee-Carty is now home growing for Zoe her own medicine, using Advanced Nutrients Big Buds and Bud Candy. “I’m here today to be amongst a room full of pioneers and I’m just so inspired by everybody’s grind,” said Lee-Carty while at Unity. “Everybody’s focused on the plant and how far it can take us, and the fight for the plant.”

With Zoey suffering from frontal lobe epilepsy, Lee-Carty used the Unity Conference as an opportunity to ask Dr. Ethan Russo, director of research and development at the International Cannabis and Cannabinoids Institute, about full-spectrum cannabis as an anti-seizure medicine.

Overall, Russo, who spoke on the panel called Addiction to Global Pain: How the World is Treating Pain with Medical Cannabis, did agreed that a new full-spectrum regimen as opposed to CBD-only could be beneficial to Zoe in the treatment of her form of epilepsy. Unfortunately, he said not everyone lives in a place where they have access to knowledge of the plant’s breakdown of organic compounds, or the plant in any form as a medical option.

Speaking about the patients and the lawmakers, Lee-Carty said, “It not only pushes me forward, but it allows me to push forward in different directions because we see the needs here — so although my focus is on patient advocacy for parents and children, it’s also for the cancer patients, PTSD and Alzheimer’s, and the ways they can medicate and the new and innovative ways they can medicate.”

For many like Macias and Lee-Carty, the price they pay is at times unbearable. “We don’t see the light at the end of the tunnel,” Lee-Carty admitted. “We are 29 states and we have a few to go and I believe with all my heart that when we get to 50 [states], we are going to open up and there will be access for us all.”

Macias added, “I have to believe that the price I paid was worth it all.”

Living In Pot Prohiblandia? Growing Weed In A Prohibition State Could Be Your Golden Ticket
Personal Effects: Do Terpenes And Cannabinoids Need To Come From Cannabis To Work Best On People?