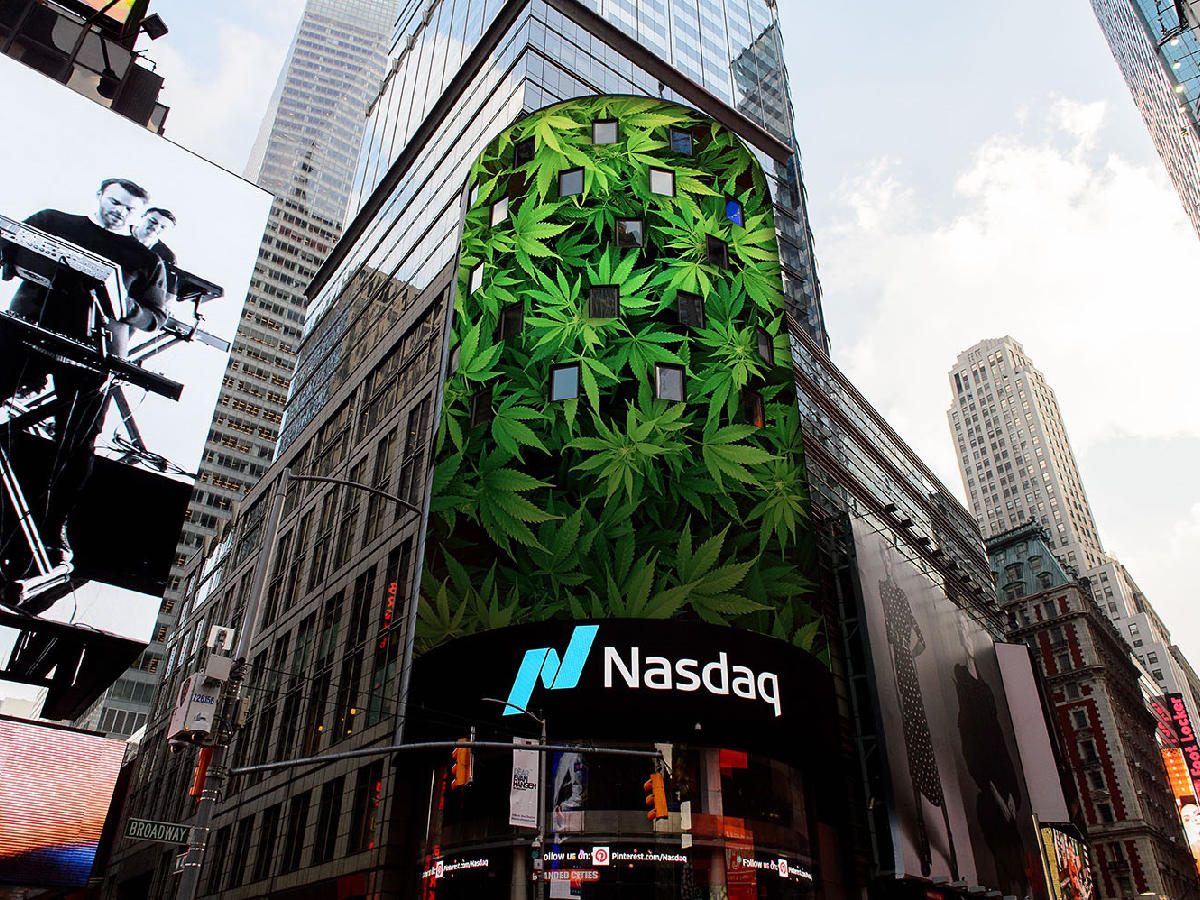 The cannabis industry just nailed another high-water mark this week, as licensed marijuana producer and cultivator of oils Cronos Group obtained permission from the US Securities and Exchange Commission to begin trading on the coveted Nasdaq Stock Market.

The Canadian company is the first pot producer ever to be approved for public trading on the typically choosy US stock index, which to date has been comprised largely of high-tech players like Facebook, Apple and Intel.

Cronos Group’s expansion into the US public financial sector comes ahead of Canada’s legal recreational cannabis sales, set to blast off in July, and introduces the brand to American investors, some of whom are hungry to invest in the burgeoning marijuana industry yet are currently unclear on the laws that may adversely affect such a stock purchase.

While recreational cannabis is legal for sale in nine US states plus the District of Columbia — and medical marijuana is permissible in a firm majority of American states — federal prohibition of the substance continues to hamper cannabis producers and cultivators from gaining large-scale acceptance through publicly traded financial pathways.

Though the past several years has witnessed skyrocketing profits from the cannabis sector across North America — exceeding even the most optimistic projections — Nasdaq has routinely denied marijuana companies access to the exchange. One such case was the popular marijuana-focused social networking app MassRoots, which was rejected by the index in 2016 and relegated to the OTCQB, a marketplace that typically lists firms in the developmental stage.

With the Cronos-Nasdaq swing, the longstanding stigma surrounding marijuana appears to be lifting — and could signal other cannabis companies to follow suit as potential US investors (and beyond) line up for new weed stocks.

The message from Nasdaq to American investors is clear: Cannabis is now on the financial menu.

Nevada resident Gene Prescott says she’s had her eye on marijuana stocks ever since her state approved recreational cannabis by ballot initiative in 2016. After she saw pot sales take off in Las Vegas in 2017, she says it was off to the races for her.

“I was lucky enough to buy Canopy Growth stock before they partnered with the company that owns Corona beer here [in America],” says Prescott, referring to the USD$191 million stock purchase of the Canadian company by liquor manufacturer Constellation Brands. “That’s really given me confidence to see that marijuana is gaining popularity, even if it’s not federally legal in the US yet.”

Legal marijuana sales in the US are expected to top $11 billion in 2018 — and Canadian analysts at Stonecastle Investment Management are projecting the Great White North’s cannabis sales to crest over USD$9 billion by 2020–21, according to Reuters.

As Cronos Group advances beyond its Canadian borders — the company is currently providing legal medical marijuana to Germany, and recently broke ground on a grow, production and manufacture facility in Israel — the company’s long-range plan, explains Gorenstein, is to have a presence in the US once the country lifts federal prohibition.

It’s just a matter of time before the US “wises up and drops the federal ban on cannabis,” says Prescott, signaling to investors that the green rush is truly on.

Jeff Sessions and his doddering war on drugs notwithstanding, now might just be the right time to buy a few shares of America’s new old favorite plant.