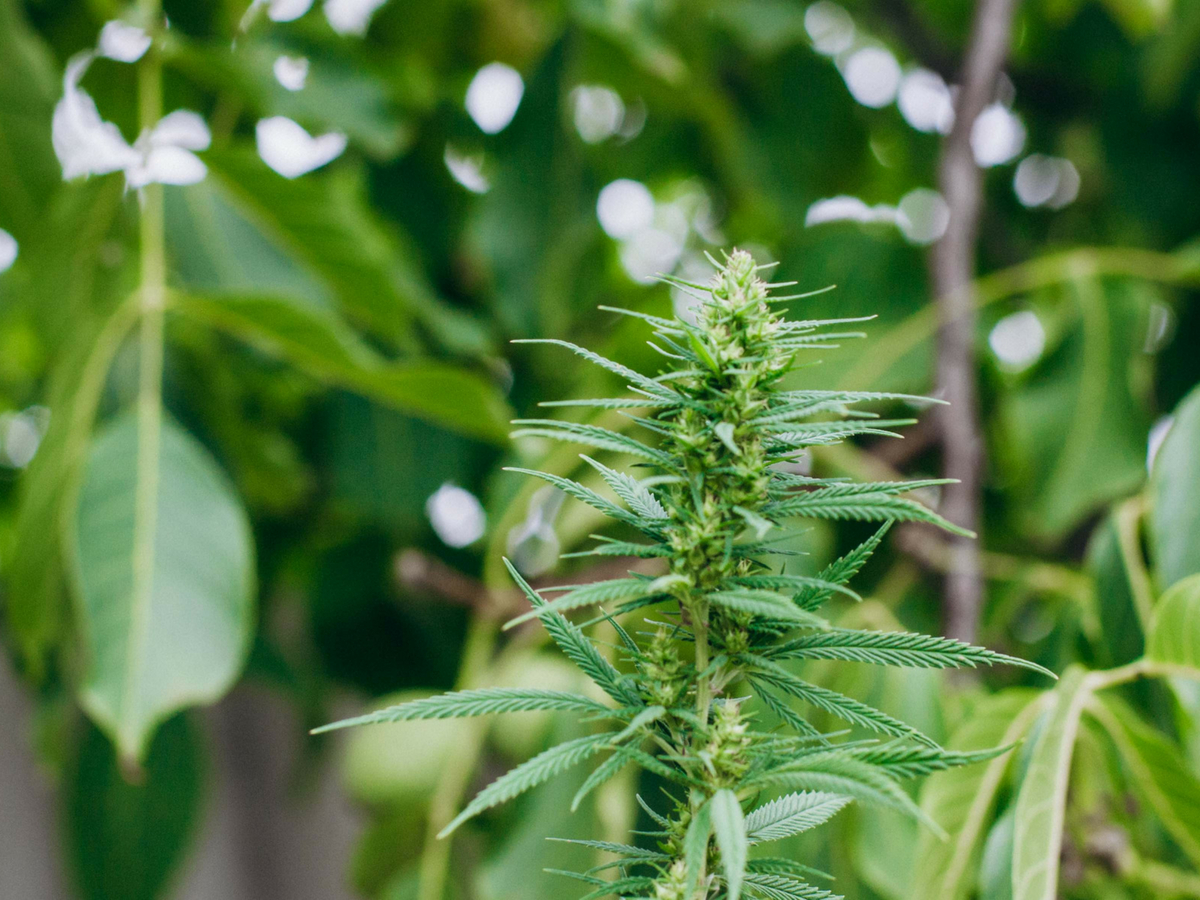 In making such a move, I gave up my home, two customized grow rooms, cities I was familiar with, and loyal cannabis customers who counted on me to grow weed for them to consume.

Seems dumb to migrate from a legalized state to a prohibition one, right? But I did it, and despite the obvious risks, it turned out to be a very smart, lucrative move.

Where I ended up, marijuana legalization is far down the road — so far that you can’t even see it on an imagination map. I’m not admitting where I moved to — partially because of the threat of law enforcement, but mostly because I don’t want anyone getting any ideas about moving here and growing pot. I don’t need the competition. The fewer growers there are here, the more marijuana consumers and the better for me.

Figuring Out The Best States For The Highest Marijuana Profits

Why did I decide to move from a legal pot paradise to a prohibition state? The most compelling reason is that the cost of living where I was legally growing was going up, while the wholesale and retail price of weed was going down due to legalization. Plus, so much competition in the marijuana marketplace meant desperate growers were selling their product at stupidly low prices.

It had gotten to the point where the costs and risks of growing weren’t outweighed by the profits I could make growing. I used to sell wholesale pounds for $3,000 and retail ounces for $400–$500. By the time I left the place I’d been growing for years, I was lucky to get $1,900 wholesale and $250 retail.

I wanted to keep growing full time and make a good living like I’d done for years, but legalization had driven prices so far down that I could no longer afford to stay put where I was.

But it wasn’t just prices. It was competition from storefront weed sellers. They had way more strains and cannabis products than I could provide, and some of my customers abandoned me so they could enjoy more options.

I wondered what to do. One day when I was super high, it dawned on me that I had to go to a state where strict prohibition discourages people from growing and as a consequence I could make big bucks again.

Using my network of connections throughout the country, I ascertained what the weed market is like beyond the borders of the legalized states. Discounting Hawaii and Alaska because of the impossible logistics of essentially moving “overseas,” I put together a grid map of the lower 48 states and entered data that includes cannabis retail prices and state marijuana laws.

I noticed a pattern begin to form: The higher weed prices were found in states where cannabis is totally illegal, with no dispensaries, legal growing, or CBD for medicinal purposes offered to patients. The prices are also highest in prohibition states located nowhere near a legal marijuana state. The closer you get to a legalized state, the prices begin to fall, because growers in legalized zones are exporting their excess product. Cannabis prices also seem to drop when prohibition laws begin to soften.

I also factored in the price of people’s fear. The length of proposed prison terms and cost of fines if you get caught determines how many growers are willing to risk their freedom. There’s something about mandatory minimums and the threat of 10–15 years hard time that discourages a person from growing in a prohibition state. There’s just too much to lose for many people, which means more to gain for a risk taker like me.

That’s the state I want to live in. Where most people are afraid to cultivate cannabis and even if they do grow, they have to do so in such secretive and small-scale grow ops that they can’t produce much weed, if at all, and it’s unlikely to be of premium quality.

Prohibition states are mostly located in flyover country, although several are also located in the Deep South. You see these states when flying at 31,000 feet and you look down at the patchwork of irrigated fields, mining pits, vast deserts with undulating sand dunes and towering hoodoos — and you’re wondering, how could anybody live down there? It looks so bleak.

But live there they do, and because they call home these largely conservative territories where religion and drug-war zealots tend to prevail and where the landscape and accompanying mood is flat and barren, there resides a large, potentially underserved population of cannabis customers.

Go Where The Cannabis Consumers Are

If you want to move to Prohiblandia to cash in on an unmet weed need and high retail prices in that community, you might want to consider college towns and the surrounding suburbs — depending on the college, of course. If the college town is anchored by the “Our Priest of Perpetual Dour Education Private University,” there probably won’t be many cannabis consumers there (at least, not publicly).

You want a big, sophisticated, robust college town where they have a successful sports program, cash flowing in, and plenty of professors and students wanting premium bud.

Secondly, you could try to find a prohibition state with its own version of Silicon Valley — a place where tech and IT are the big industries is likely where you’ll find a healthy glut of marijuana consumers.

As you integrate into a new community, you may hear there are a few competitors already present. Indeed, one lady I started selling to told me, “I’m buying from a professor who grows in his garage. He has the best stuff.”

She thought he had the best stuff, until I shared my gooey bud grown with ultra-high cannabinoid and terpenoid genetics I brought with me from legal states. She was happily catatonic after a few inhalations and quickly said, “I’ll start buying from you.”

What I love is these people are happy to pay the price I charge, without quibble. In legalized states, consumers have too many retail options to not try to haggle.

Moving To Prohiblandia To Grow Pot

In case you’re wondering, I didn’t move to a state where marijuana is still very much illegal without first doing my homework.

In choosing a locale, I was of course interested in climate zones. I didn’t want arctic winters or sizzling summers, wind storms and dust storms.

But what a surprise that many prohibition states are located in Tornado Alley, where the pressure gradient vortex can turn into a spinning black funnel of doom a half mile wide and a mile or two high.

Funny thing is, I like those twister states because a lot of their farmhouses and cottages have sturdy storm cellars, basements and maybe even bomb shelters. With a little modification, those spaces can be converted into a sweet grow room.

I traveled to this part of the country, looking for a great real estate deal and low property taxes. Out in the hinterlands, back in 1967, an old couple bought 15 acres and a miniscule farmhouse, and over the years they added a barn, a cellar, a storm shelter and a windmill well. This is a part of the country where coyotes howl and the wind has nothing to block it for a hundred miles, so it gathers dust, tumbleweeds and grit that sandblasts your house, your car, your skin.

Now, this elderly couple were selling everything, including the house, acreage, farm equipment and quaint furniture accumulated over 51 years of marriage. Rather, the elderly couple’s heirs were selling off everything at rock-bottom price to pay off gambling debts and have a little money left over to play with.

If you’re clever in your home searching, out there in Prohiblandia you can scoop up house and land packages for as low as $35,000. Plunk down an additional $30K in renovations to make it secure, good to live in, and outfitted to grow weed, and you’ve got yourself an A-grade grow op.

You probably won’t have many neighbors on those lonely country roads. The electricity will also cost less than wherever you came from. If you’re lucky like I was, you can use well water that’s so damn clean you won’t need reverse osmosis, and put your plants outside when the temps and humidity are right, because few insects survive out there in the dust.

There, the cost of living is lower and cannabis sells for higher prices. What a business plan! With just two years of growing in this Prohiblandia, I paid off this house, and not once did I ever feel that law enforcement knew of my grow op’s existence.

With no traffic, no noise, no pollution, no copters or planes, no drones, nobody to smell my weed growing, I didn’t need even one grow-room carbon filter.

I made new friends by going to clubs, concerts, volunteering for the library, getting involved in local progressive politics and several civic organizations, and gradually found new cannabis-consuming customers who were much more grateful than the customers I left behind.

I like my new cannabis customers a lot, and they like me. Folks do seem convivial in these farflung prohibition locations.

They hand me $450 and are delighted when I lay an ounce of sticky green on them. These folks can’t wait to get on home to inhale that sweet vapor only cannabis can gift us.

Out there in the backwaters of America, they’ve never before inhaled the knockout strains I grow. It’s a new experience for them, and they are glad I moved to their neck of the woods.

Thinking About A Prohibition Move?

If you’re thinking about upping sticks and moving to a state where cannabis is far from legal, there are a few things you must first consider before choosing a prohibition state to call home:

Marijuana Migration Worked For Me

Sometimes I miss the legalized marijuana states I used to live in. The climate was nicer, and there were more things to do. I had a tight-knit group of friends and favorite places I could rely on for a good time. Was I crazy to have been so in love with growing cannabis that I moved halfway across the country to live in a place where I can sell it for $450 an ounce, while halving my living costs from what I paid in a legal state?

No, I wasn’t crazy. I’m making way more money now, and word-of-mouth referrals give me more customers than I can supply. I’ll probably turn one of my other rooms into yet another grow room.

So my advice is this: If you’re a grower and cannabis legalization has screwed up your grow gig where you are, think about hitting the road. The grass could be greener on the other side of a state line.

But please, don’t come here where I’ve set up shop. Find your own prohibition paradise somewhere else.

Women On Top: Women Of Color Reveal All About Working In The Cannabis Industry
DC’s National Medical Cannabis Unity Conference Calls For Cannabis Cure In Treatment Of Opioid Addiction