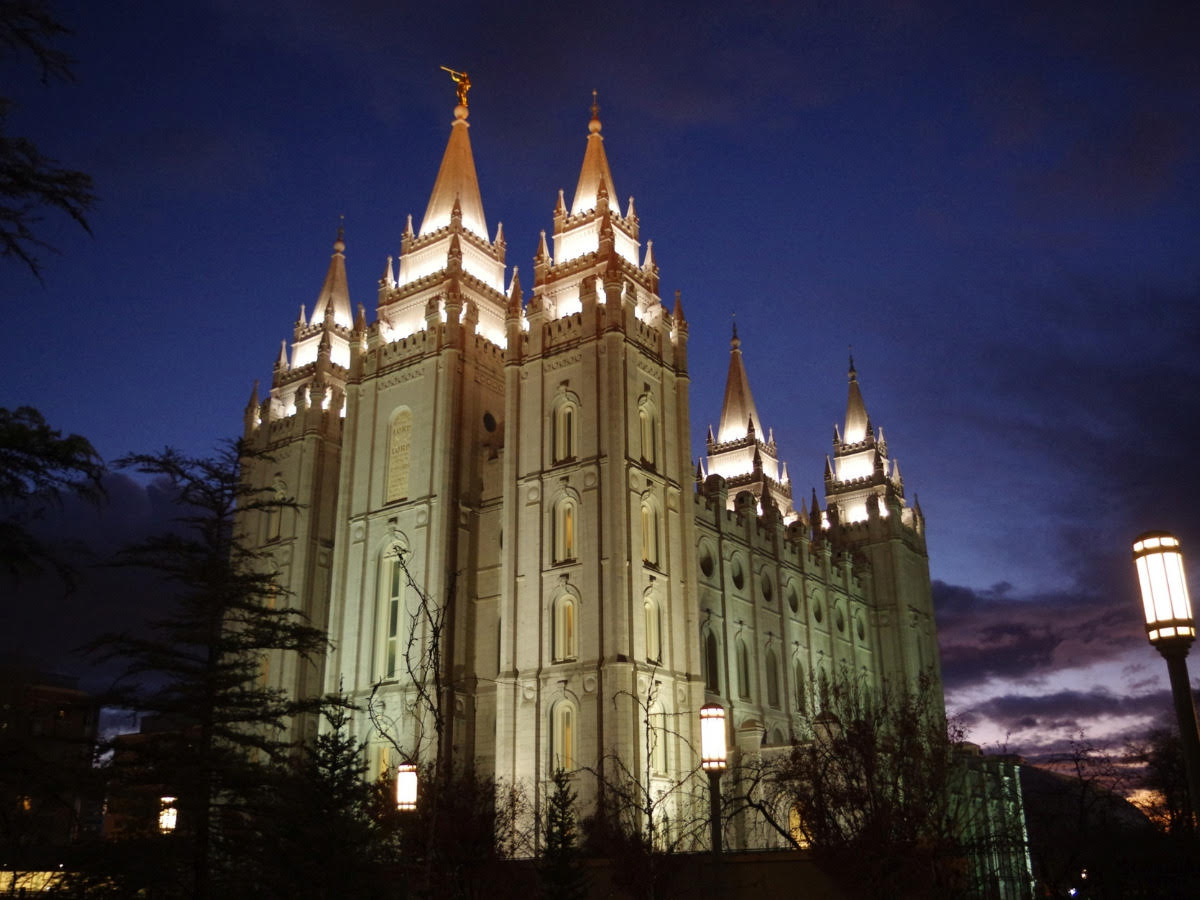 Unless pending lawsuits and opposition derail the initiative, Utah voters will have the chance this November to approve Utah Proposition 2, a citizen-sponsored ballot proposal that would legalize medical marijuana consumption for patients with qualifying medical conditions.

Also known as Utah Medical Cannabis Act, the proposition would function much like other state medical marijuana laws, in which doctors are greenlit to recommend medical marijuana to patients who would then be issued a state card allowing them to buy commercially produced cannabis from licensed dispensaries and producers.

If voters do approve Proposition 2, then beginning January, 2021, medical marijuana patients within the state who do not live within 100 miles of a dispensary will be allowed to grow within a locked and enclosed space a maximum of six cannabis plants for personal medical use. Cardholders will also be limited to buying from dispensaries a maximum of two ounces of unprocessed cannabis, or cannabis products containing 10 grams or less of THC or CBD, per two-week period.

Local governments in the state would also be allowed to pass laws governing the time, place and manner in which dispensaries operate, and zoning ordinances would be allowed that prohibit cannabis businesses from being within 600 feet of a school, public park, playground, church or library, and within 300 feet of lots zoned for residential use.

Utah is one of America’s most conservative states, but polls consistently show that an average of 71.43 percent of voters there support Proposition 2. Yet, if the Church of Jesus Christ of Latter-day Saints gets its way, voters in the Mormon stronghold state might not even get the chance to vote on the proposal.

Leading the charge against Prop. 2 is Walter J. Plumb III, a longtime anti-cannabis powerbroker and Salt Lake City lawyer. Plumb filed a lawsuit against Proposition 2, claiming it would violate his personal First Amendment guarantees to freedom of speech and free exercise of religion.

Plumb, who owns a supplement company called Pharmics Inc, is a devout Mormon who’s claimed that his religious doctrine opposes cannabis and its consumption. Also, because Plumb owns property that he rents to tenants, he asserts that the proposed law violates his rights because it would forbid landlords from discriminating against medical marijuana patients.

“Members of all religions, including the Church of Jesus Christ of Latter Day Saints have constitutional rights to exercise their religious beliefs. This includes the right not to consort with, be around, or do business with people engaging in activities which their religion finds repugnant,” Plumb’s lawsuit reads. “Any practicing member of the LDS faith would find this mandate deeply offensive and incredibly repulsive to their religious beliefs and their way of life.”

A section of the Mormon religious book Doctrine and Covenants forbids consumption of “wine, strong drinks, tobacco, and hot drinks [tea and caffeine].” Interestingly, while these holy teachings remain silent on the matter of marijuana, there is a passage that reads:

All wholesome herbs God hath ordained for the constitution, nature, and use of man.

Nevertheless, Plumb has even cited the US Supreme Court’s narrow ruling earlier this year that backed a Colorado baker who invoked his religious beliefs when refusing to bake a wedding cake for a same-sex couple. Colorado law prohibits discrimination on the basis of sexual orientation, and the Colorado Civil Rights Commission had previously ruled that the baker’s refusal had violated that law.

Plumb is also an ally and former business partner of Senator Orrin Hatch, a powerful Utah Republican who has long opposed cannabis — although, in recent years, Hatch’s previously hardline stance when it comes to cannabis appears to be softening, with the senator now calling for law reform for medical marijuana research.

While Plumb may be an attorney, he is certainly no doctor or scientist. However, in 1998 that didn’t stop him from co-authoring a 60-page anti-cannabis pamphlet that he distributed to as many as 7,000 homes in the Salt Lake City area. According to the Deseret News, Plumb wrote that “‘excessive preoccupation with social causes, race relations, environmental issues, etc.’ indicates that a person consumes cannabis.”

Legal experts assert that Plumb and his cohorts’ latest lawsuit has little chance of preventing Proposition 2 from being on the ballot.

“Even if their claim were to have merit in the eyes of a judge, they can’t do anything until after the initiative passes into law,” says Connor Boyack of Utah’s Libertas Institute, according to libertarian publication Reason.

However, Plumb and co. are refusing to give up, with the Utah Medical Association, the Mormon Church, Republican Governor Gary Herbert, some members of law enforcement, and various anti-marijuana groups blanketing the Utah media with anti-marijuana propaganda.

Operating under the banner of Drug Safe Utah — a coalition of individuals and businesses opposing Prop. 2 — the group has actively sought residents who had signed the petitions in support of Prop. 2 in a bid to convince them to remove their names from the ballot initiative. While Drug Safe Utah previously sued to keep Prop. 2 off the ballot, in July it withdrew its lawsuit, but declined to say why.

And in a recent newsletter by the Utah Sheriffs’ Association, Sheriff Terry Thompson warned that “Medical marijuana’s impact will touch all aspects of life in Utah including health and safety. Think about how that could affect our youth, schools, economy, and workforce. Do you want these negative influences in our community?”

Meanwhile, in May, the Mormon church released an official statement on the matter, writing:

The proposed Utah Medical Marijuana Initiative is a matter of great controversy in this state. The negative effects and consequences of marijuana use on individuals, families, and society at large are well-known. There are also those who claim that it has medicinal benefits for those in some circumstances.

The Mormon Church And Cannabis: A Story Of Forbidden Love

In a state dominated by the Church of Jesus Christ of Latter-day Saints, it’s interesting to note that Plumb and members of the religious group appear to be unaware of its history that’s so intertwined with the cannabis plant.

The Mormon church was founded in western New York in 1830 by Joseph Smith after he claimed to have experienced a series of visions in which he unearthed golden plates that the angel Moroni helped him translate into the Book of Mormon, their version of a Bible.

Smith, who claimed to have been personally visited by God and Jesus Christ, had created a doctrine that included polygamy, the claim that God had cursed Native Americans, and the goal of a theocratic government to rule America.

As Smith and his followers grew their church, they experienced fierce opposition, especially due to the Mormon practice of polygamy and Smith’s theocratic goals, which prompted he and his followers to move across the country, first to Ohio, then to Missouri and Illinois, where Smith was killed by a mob after being imprisoned for treason.

Leadership of the Mormon church was taken over by Brigham Young, who fled persecution by heading west, first to Nebraska, then to what would later become Utah. Along the way, Young and his followers recruited pubescent girls for plural marriages, and had conflicts, both violent and nonviolent, with white settlers and Native Americans.

When Young and his people entered the Salt Lake Valley, they felt it was God’s promised land, and so set up a theocratic government and claimed to rule the entire region as a religious kingdom. The US government considered this sedition and treason, prompting the Utah War between Mormon settlers and US government armed forces, from 1857–1858.

During the war, the Mormons are said to have committed a number of atrocities, including the Mountain Meadows Massacre in which non-Mormon civilians who were crossing through Mormon-held territory were wiped out by the Utah Territorial Militia. Attempting to cover up its involvement in the massacre, this Mormon militia hatched a plan to blame Native Americans or the US military for the murders of around 120 civilians.

What’s even more astounding, given Plumb’s claim that his Mormon religion compels him to attempt to prevent Utah voters from weighing in on medical marijuana legalization, is that Brigham Young and many other early Mormon leaders were fans of the cannabis plant.

Settled in their new home state of Utah, Mormons had to make all their own clothing, paper, building materials and textiles, so hemp, which grew well in the Utah climate, swiftly became a necessity of life.

In 1853, Young wrote in the Mormon Journal of Discourse — a compilation of sermons and materials from the early years of the church — the following segment about hemp cultivation:

We have a rope factory, and we have hemp growing in our county, and we have made many attempts to raise flax, and we do raise a little but we never use it. It is either left in the sun till the coat is burnt off, or we allow it to be trampled down in the yard by the cattle. In this country we cannot rot the flax in the dews, we must put it into water, a shallow pond is the most suitable, so far as I understand the matter. Now, it is better for each of us to raise about ten acres of wheat, and then devote the rest of our time to the flax and hemp.

I hope all that has been said by the brethren in reference to the culture of hemp, flax, indigo, and in fact all that will tend to build up Zion will be attended to, for let it be remembered that it is coming to this necessity of producing for ourselves or to go without, and the question resolves itself into the simple proposition, “Clothes or no clothes.” [Due to the Civil War] We must make our own woolen, flax, hemp, and cotton goods or we must go naked.

My bud buddy Kief Richards (not his real name), who has been growing and selling cannabis near Park City, Utah for many years, says Plumb and the Mormon church want to “shove their religion down our throats.”

“Plumb doesn’t want to rent his properties to marijuana users,” claims Richards, “so he tries to prevent all Utahans from exercising their democratic right to vote. He’s a perfect example of Mormon fascism.”

Richards says the medical marijuana law is almost certain to pass, but he wonders if it will ever go into effect. He’s seen reports of how politicians and bureaucrats in Florida slow-walked implementation of medical marijuana laws. He also fears that Plumb and the Mormon church will use lawsuits to overturn, delay or invalidate Prop. 2 if it passes.

“About half the people who buy marijuana from me are medical users, and they’re outraged about Plumb and the church,” Kief explains. “If the LDS wants to lose a lot of members, they can keep on opposing marijuana. Almost every Mormon I know intends to vote for Proposition 2.”

Oh, No! Someone Just Accidentally Donated Nearly 5lbs Of Weed To A Florida Thrift Store
How A Little Puff, Puff, Pass While Climbing A Mountain Can Help Quell The Pain And Nausea Of Altitude Sickness