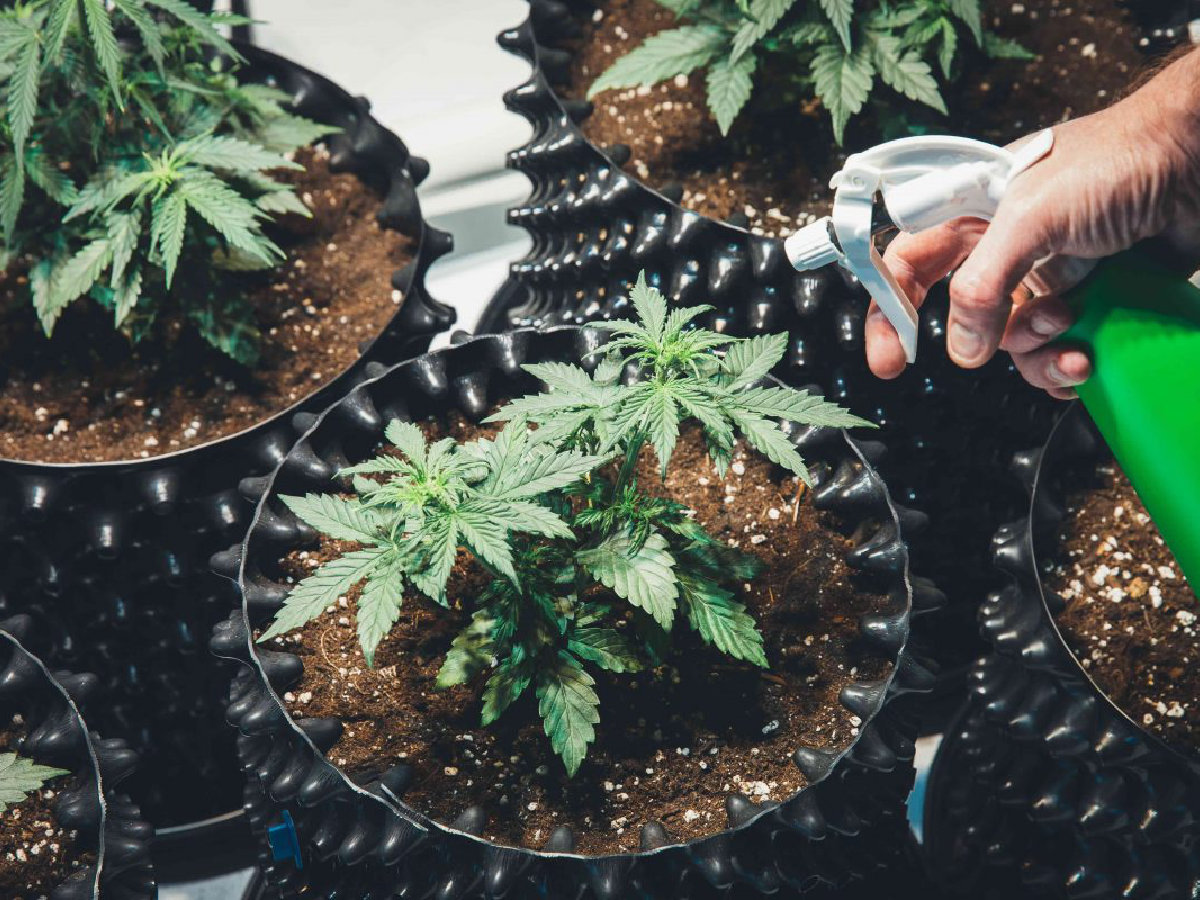 As more states move to legalize recreational cannabis, overall public approval for the plant continues to increase — even for cultivating cannabis at home. A January 2017 study conducted by Harris Poll (and commissioned by Green State Gardener, a Burlington, Vermont-based hydroponics equipment supplier) estimates that 38.8 million Americans would be interested in growing their own cannabis at home if it were legal to do so.

The estimation is based on a sample of 2,058 adults aged 18 and older. When applied to the US population of 323 million, 38 million equates to about 16 percent.

Although this isn’t a large sampling, there isn’t much current data out there exploring public opinion in a world that’s slowly becoming categorized as post-prohibition. Many studies instead choose to focus on the health benefits of the plant. While that data is is still important, its subject matter suggests how far behind research is.

For example, in January 2017 The National Academies of Sciences, Engineering, and Medicine released an extensive, nearly 500-page report including more than 100 different conclusions about the health benefits of cannabis. While this report represents a victory for cannabis innovation, these conclusions were basic when compared to research conducted on other types of substances and medications.

Undoubtedly a huge reason why the gap in research and information dissemination still exists is due to the Controlled Substances Act, in which the federal government still criminalizes cannabis as a Schedule I drug.

Fortunately, there are existing at-home cultivation laws cropping up around the country. Massachusetts in particular is one of the most sympathetic states for home growing. Ardent Cannabis founder Shanel Lindsay helped to draft the state’s adult-use cannabis laws, which allows for growing of up to 12 plants per household in which reside at least two adults aged over 21 years old. The provision also allows adults to gift up to 1 ounce of cannabis to anyone aged over 21 years.

However, this was a tough battle for Lindsay to win, seeing as one of the first provisions the Massachusetts legislature wanted to drop was the legalization of home growing.

“We knew it was important to not only create a retail and business environment for cannabis, but that the plant would be able to be freely experienced and grown for medical and other uses by individuals,” Lindsay tells Big Buds. “[Cannabis] is just not a new business opportunity. This is something that is putting people in jail and [the anti-cannabis legislation has been] ruining lives and families for decades.”

There are a variety of positive reasons for growing cannabis at home beyond getting high on your own supply. For starters, home growing helps a person develop a new skill they can’t learn in traditional American classrooms. Home growing also has the potential to be a valuable skill in one of the country’s fastest growing industries.

And home growing has the potential to inspire people to not just maintain a garden, but to connect with the environment.

Since Kathy McNames started growing her own food around three decades ago while at college in California, the logical next step for Burlington-based home grower was to cultivate anything else she was using on a daily basis, including medicinal cannabis to treat her autoimmune disorder. While she still occasionally consumes cannabis products she hasn’t grown herself, McNames feels a deeper appreciation for the plants she nurtures inside her home.

“I know my flowers are clean,” explains McNames. “I’ve watched the whole process over and over, and it creates this connection. If you have a garden, your carrots taste so much better than anybody else’s carrots, probably because you grew them.”

Unfortunately, because a home-growing provision is often excluded in the cannabis policies that do pass, there are inbuilt barriers to cannabis access.

“The only way to start relieving people of this danger — going to jail just for the simple act of growing a useful plant — is protecting personal freedoms,” Lindsay stresses. “Frankly, if you’re moving forward with legalization and you’re not including home grow, you’re not going to end up with an equitable system. You’re still going to have all the problems under prohibition in terms of incarceration, arrest, and harm to people for activities they shouldn’t be in trouble for.”

However, the majority of American voters are receptive to overall cannabis legalization. The same Harris Poll mentioned above also revealed a 62 percent approval rating for medical cannabis, as well as 41 percent approval for the decriminalization of possession of small amounts of cannabis. This means there is a high potential for pro-cannabis referendums, especially ones with a medical focus, passing in the 2018 midterm elections, even in more conservative regions of the country.

In What States Is At-Home Cannabis Growing Currently Legal?

As of 2018, at-home cannabis cultivation is legal to some extent in the following states:

However, with the exception of Massachusetts and Nevada, these laws only allow for the cultivation of a limited amount of plants per household, usually up to six plants.


Fortunately, states still falling under the banner of prohibition are in the minority, with 21 states having not yet legalized medical or recreational cannabis. These states are:

Some states listed above have the chance to vote for sensible cannabis policy. Tom Angell from Marijuana Moment reports that Missouri, Oklahoma and Utah are expected to vote on some type cannabis referendum this fall. Additionally, through New Approach South Dakota, cannabis advocates are working on recruiting signatures for ballot measures on both medical and recreational cannabis.

However, as Lindsay stressed, cannabis advocates need to make the case for at-home cultivation to truly have marijuana be accessible for everyone. After all, many American voters are already on board with home growing, so grow legislation is simply the logical next step.

With Mexico On The Cusp Of Selling Legal Cannabis Products, Will Growing Soon Be Legal, Too?
Now That Recreational Marijuana Is Legal In California, Here’s What You Need To Know