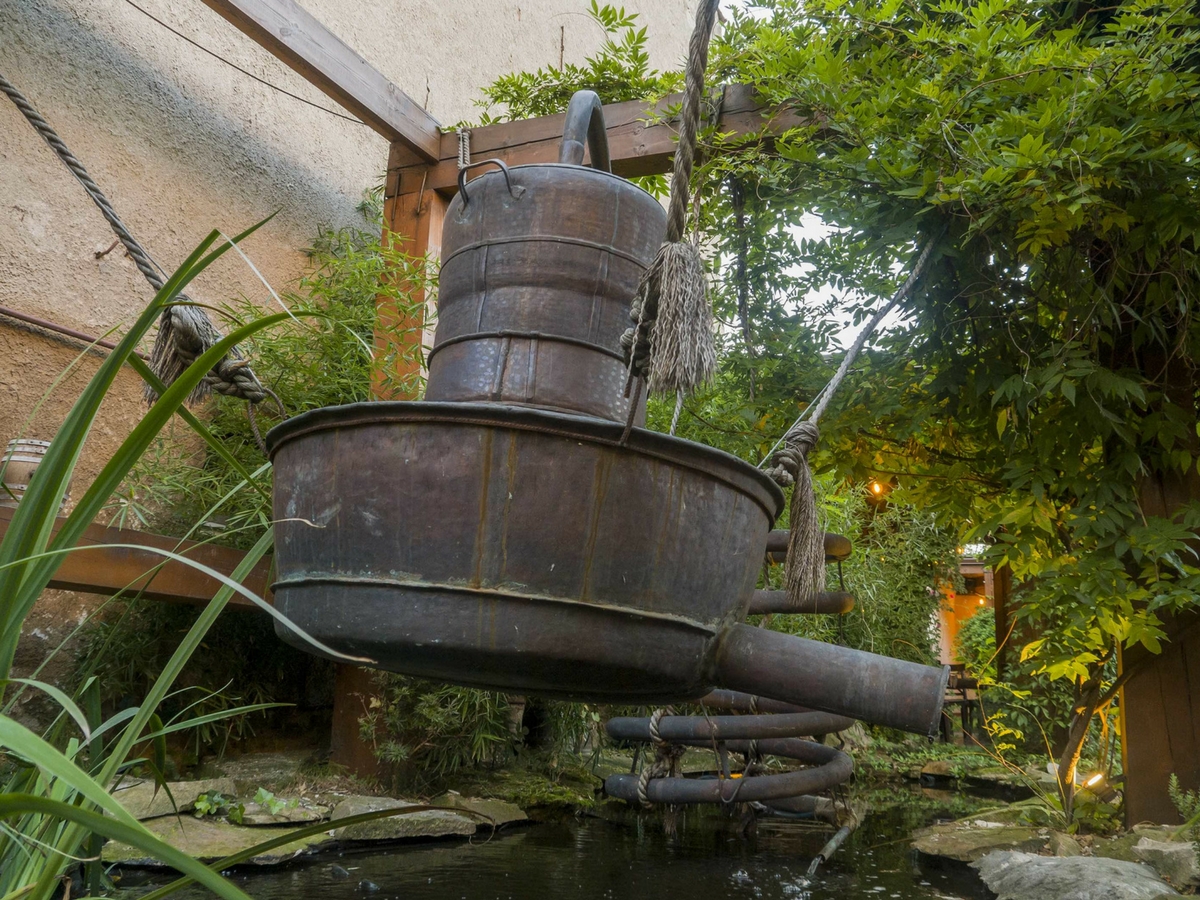 “I have to laugh when I hear people going on about pot names like Cherry Kush this and Green Crack that,” says Carolina dairy farmer Grover D. “You know, those terms are right out of the moonshiner playbook.”

Grover’s considerable heft in a pair of worn-out overalls and his towering height at 6’6” creates a laugh from the farmer that projects over the quiet, wintery hills.

Referring to classic moonshine names like Cherry Bounce and Skull Cracker, the farmer — whose family has resided in Appalachia for more than five generations — is no stranger to the ’shine business.

“These hills right here,” says Grover, with a sweeping hand that defines the valley below, “and this road in particular down there, was a byway for moonshine runners. My granddaddy ran it with his brothers.”

The area is steeped in the history of illicit booze production, which still occurs covertly today in large numbers throughout the region, though state laws in Kentucky, Tennessee, Virginia and the Carolinas strictly forbid its manufacture and sale.

But you wouldn’t know it if you watched the cable reality show Moonshiners, airing on the Discovery channel. With the show now in its seventh season, Discovery — the network also responsible for the production of Deadliest Catch, Gold Rush, Naked & Afraid and MythBusters — has created a docudrama television series that captures the lives of illegal moonshine makers.

The key word there being “illegal,” notes Grover. “None of what’s being made out there in the hollers is legal by any stretch.”

A curious feature of this situation is that those same Appalachian hills also currently bear witness to the production of truckloads of cannabis. Grover admits that while he’s much more likely to enjoy a jar of Cherry Bounce rather than a toke of Cherry Kush, he’s got friends who’ve quietly tended their marijuana crops alongside moonshiners’ mash stills for decades.

So why no reality TV series specifically about cannabis cultivators?

Each profession grapples with similar occupational plights, including prohibition, being difficult to master, supply and demand fluxes, and the general calamities of production and risk. Yet while cannabis production, both medical and recreational, is now legal in a majority of the US, moonshining is still completely illegal throughout the nation.

Ryan T., a marijuana farmer living near Eugene, Oregon, knows why there hasn’t been a pot farming show. For a period, some two years back, he was courted for a potential reality docuseries by a TV producer whose credits include work on The Amazing Race.

“I met this guy in Portland who was with a film crew shooting a documentary,” Ryan recalls. “The dude was nice enough and was asking around about seeing how the marijuana trade worked in the area. He thought he could create a good show around what we did, because there was nothing like it out on TV. I believe there still isn’t.”

Aside from CNN’s reality show High Profits — which provided a fascinating window into the dispensary sales of medical marijuana in Colorado before and after the state legalized cannabis for recreational use in 2014 — there has been no TV show specifically about the captivating lives of weed farmers.

“God knows there’s enough a cannabis farmer deals with on a day-to-day basis,” says Ryan. “You could run a whole season just on what we do to get plants in the soil. Not to mention tending, harvest, scheduling crops, selling it — I know people probably want to see this like some gangster thing slinging weed, but in truth it’s just a business.”

And that’s probably the most attractive aspect of Moonshiners, too. The fact that after all the sneaking around in the hills to locate a good place for the still, a high concentration of the air time is given to the nuts and bolts of turning organic material into drinkable booze.

One episode of Moonshiners features a sophisticated duo of guys aged in their 60s and located somewhere in the hills near Tennessee who are creating the liquor grappa for the first time. Cooking with the fermented residue of grapes after they’ve been pressed, the two create a distilled brandy that’s so good, they’re able to sell it to a Nashville client for $15,000. The deal transferring the goods goes down outside a desolate parking area at night (not unlike an illicit drug deal), with two trucks pulled back to back and a frantic offload under the cover of darkness.

“I can’t tell you the last time I did some shady back-alley deal like that,” says Ryan, who is familiar with the show. “In Oregon, everything with cannabis has been so totally on the up and up, there’s really no need for that.”

So, what happened to his cannabis TV deal?

Things were moving along, Ryan says, then when Donald Trump was elected president, there began to be some stalls.

“The phone calls became fewer from the producer,” he says. “The guy was less insistent about things. And after a few months, I could hear in his voice that he was really facing some battles with the network he was dealing with.”

By the time Jeff Sessions was appointed US Attorney General — with his notorious statements like “Good people don’t smoke marijuana” — the show possibility had completely soured and disappeared.

“The producer told me it was just too big of a risk for the network to take on, that no one knew what Sessions would do to reverse all that cannabis reform had done,” says Ryan. “And we feel the same way, too, like our doors could be busted down. It was kind of heartbreaking in a way, because besides the show being good for me, it felt like a big step for marijuana in general.”

To be out there so boldly, he says, “that would have been a real move forward” into normalization.

And since Sessions earlier this year rescinded the Cole Memorandum — created during the Obama administration, declaring that federal dollars could not be used to punish medical marijuana producers — it could very well be hunting season again on the cannabis industry.

Noting the blatant contradiction between the way American politicians view the production and use of alcohol versus cannabis, Grover says he feels for his marijuana farmer friends.

“These guys are businessmen like me,” he says, “just trying to get by and feed their families. I do it with dairy cows, another guy does it with moonshine. Why should it be any different with marijuana? Well, it shouldn’t.”

The Great Outdoors: Here’s How To Get The Most Out Of Your Outdoor Cannabis Grow Season
Colorado Comes Closer To Its Amsterdam Moment, With The Passage Of The First Cannabis Club