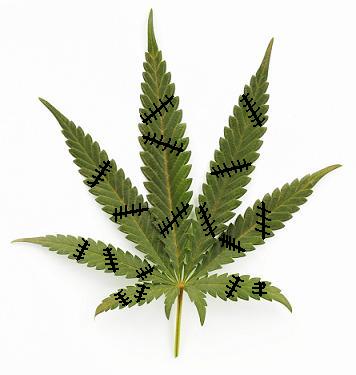 By Gary Anderson | Published: July 11, 2014
With marijuana legalized in Colorado and Washington, and dozens of other states moving in that direction, it was only a matter of time before Big Ag and Big Pharma stepped in to capitalize on the demand for cannabis.

But GMO (genetically modified organism) corporations and scientists aren’t so interested in the whole bud, butane honey oil, errl, shatter, bubblehash, and other products our marijuana growing community has been producing for decades.

Instead, they want to change marijuana and marijuana processing so consumers get some of what marijuana has to offer, but not all.

In most cases, what they want to do is eliminate natural THC, so we don’t get high.

They’d like to create high-CBD industrial hemp weed that could be used for industrial purposes and for limited medical purposes.

Industrial hemp is referred to as “rope instead of dope,” and corporations have already patented or registered several varieties of it.

Monsanto and other companies are reported to be working on GMO industrial hemp marijuana that produces little or no THC and can be grown worldwide instead of in mostly-northern regions.

The industrial hemp issue is important also because hemp pollen is a cancer that spreads in the air, pollinating high-THC marijuana plants even in hydroponics indoor cannabis gardens.

You can read more about that issue in this article on hemp versus marijuana.

The main thing to realize is that large-scale industrial hemp agriculture would harm marijuana growers near and far who want to produce seedless high-THC buds. Why?

Because hemp pollen travels thousands of miles and gets into all but the most sealed and filtered cannabis hydroponics grow rooms.

GMO companies also want to manipulate marijuana plants so they produce target cannabinoids and other marijuana-specific compounds without producing much or any THC.

It’s like a GMO version of the “Charlotte’s Web” marijuana that has a lot of CBD and hardly any THC.

Marijuana growers don’t oppose “progress,” but what many of us fear is GMO marijuana will be a patented, commercial industry that gets special rights, and corporations profiting from GMO marijuana will seek to outlaw growing of the natural marijuana we’ve been growing for years.

You can read other articles (links below) to see what the GMO companies have in store for us, and how their ability to manipulate the building blocks of life translates into experiments that might create nightmares rather than good things.

Some growers think GMO marijuana will be acceptable as long as we can all buy strains and seeds of it and grow it ourselves.

Problem is, GMO companies spend a lot of money creating their Frankenstein organisms, and they aren’t likely to share their GMO marijuana strains with us.

GMO companies like Monsanto seek to monopolize the market for various crops, and they aggressively shut out small farmers and try to limit the availability of natural genetics.

The same could happen with marijuana growing, especially since many states have passed restrictive “medical marijuana legalization” that only allow corporate growers to produce the buds.

I personally am fine with breeding my own natural marijuana and buying marijuana strains from other breeders, and I intensely dislike Monsanto and other corporate ag…so obviously I hope somehow the GMO industry gives up on GMO marijuana.

My hopes might be in vain though. Monsanto is using Uruguay’s new “marijuana legalization” laws as a platform for creating patented GMO marijuana, and other marijuana GMO research is taking place behind the scenes.

For more information on GMOs and marijuana, take a look at these articles…

Discover How You Stop GMOs from Harming Your Medical Marijuana