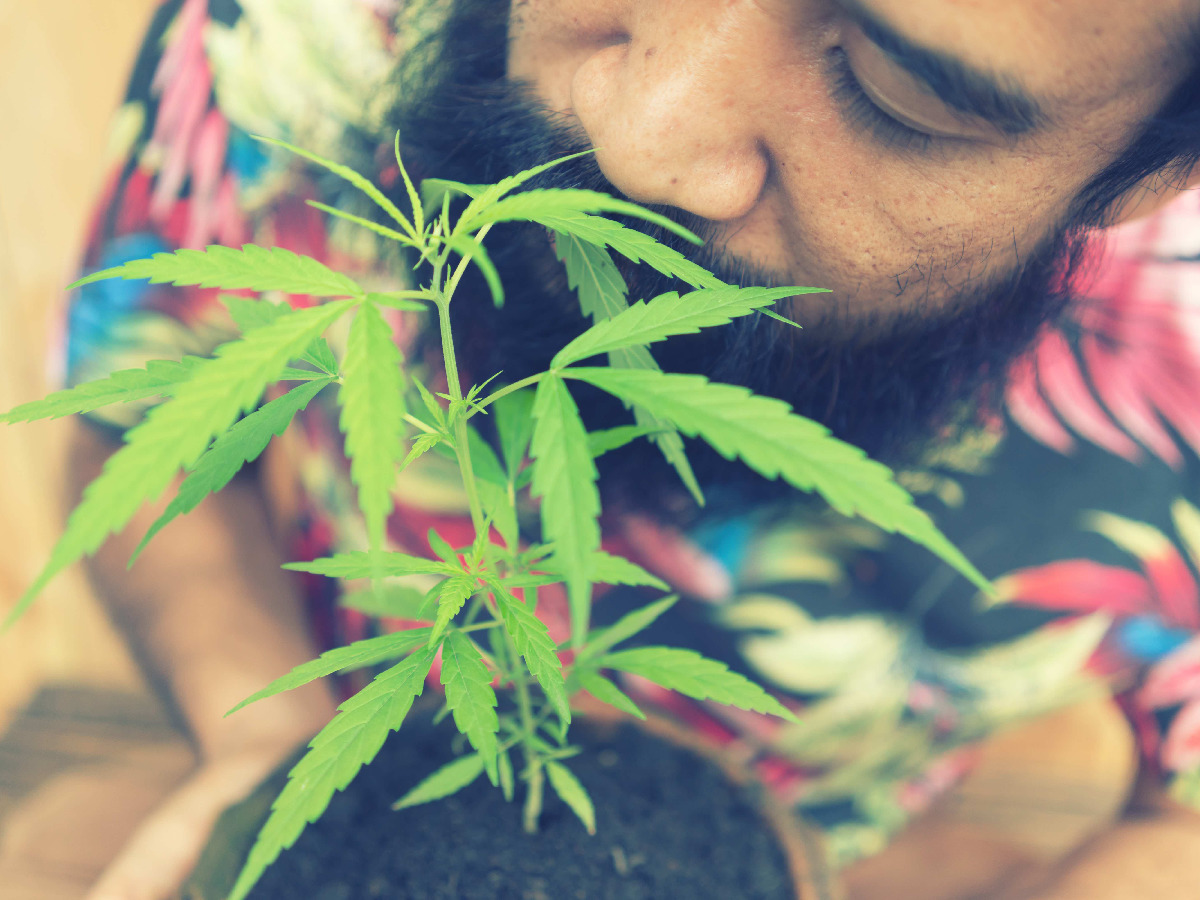 All eyes are on California.

Now that it’s become the largest and latest territory to legalize cannabis, with a trickle of recreational sales having begun on January 1, it’s clear the Golden State’s legalization is a game-changer for cannabis. Yet efforts to shape the anatomy of California’s burgeoning industry began long before recreational sales did, and it looks like the state could become a leader in ensuring the cannabis industry is more diverse in terms of race, ethnicity, age and gender.

Since Cali voters approved legalization in 2016 with Proposition 64, otherwise known as the Adult Use of Marijuana Act, lawmakers and activists have been working hard to ensure the newest legal cannabis community is as diverse as possible.

“I think California is one of the places that is absolutely getting it right,” says Shanita Penny, board member of the Minority Cannabis Business Association. “In terms of their equity programs, from county to county, [California] absolutely went out and said, ‘We’re going to address this up front. We aren’t going to wait until businesses are licensed and we have an industry that is not diverse.’ They’ve been proactive.”

Despite what some industry watchers might have you believe, the cannabis space isn’t nearly as diverse as it could or should be, with some reports suggesting that as much as 90 percent of the people who make up the industry are white, with the majority male. Considering how diverse cannabis users are, it feels wrong and somewhat misrepresentative that cannabis commerce is dominated by white men.

While there are several reasons for this disproportionate representation — one being that it’s typically white men who start businesses, due to access to resources and mentorship opportunities — the biggest reason is that historically speaking, white men have not been targeted in the war on drugs, meaning fewer have criminal records related to marijuana use. Undoubtedly, such a police record can make it difficult to secure financial loans, pursue educational opportunities and seek regular gainful employment.

To that end, Proposition 64 has a lesser-known provision that allows for certain people convicted of marijuana-related crimes to apply to have their criminal record erased, or their charges reduced. This could be a huge boon for those who have been convicted and who wish to get involved in cannabiz. Indeed, thousands of people have already applied to have their convictions overturned.

Tamar Todd, director of the office of legal affairs at the Drug Policy Alliance, tells Big Bugs, “Proposition 64 did a number of things to try and increase inclusion and diversity in the market, including having many different categories and sizes for licensure, scaled licensing fees, not allowing prior drug conviction exclusions from licensure, record expungement, and community investment.

Todd adds that the “end of prohibition provides this opportunity by creating a legal and legitimate industry in the first place, where programs such as Oakland’s can be implemented.”

So essentially, the end of California’s cannabis prohibition will help to prevent more individuals from facing problems with the criminal justice system on the basis of their use of marijuana or growing and cultivation of the plant.

As Todd points out, the Bay Area’s Oakland has helped lead the way in creating diversity within the industry, with Oakland City Council approving the equity permit program in 2017. This plan gives those from minority communities — that is, communities that have been most ravaged by the war on drugs — priority when it comes to licensing applications. It also helps applicants traverse the difficult application process, since many people can’t afford the lawyers and consultants that are often a necessary part of administration when setting up a business. San Francisco has since developed a similar program.

“Oakland has been getting it right for a long time, so the community and the city government have made it so [minority] communities aren’t left behind,” Penny says. “Oakland did not want the application to be a barrier for minorities, or folks previously convicted of marijuana possession.”

Beyond getting more people of color involved in the industry, groups like Women Grow have been working overtime in legal states like California to create an easier path into cannabiz for females.

“I think more and more women are getting into this industry,” insists Amy Berliner, advocate for Women Grow in Los Angeles. “We feel it’s important to bridge many communities together, because that’s how we change the national narrative and change the culture.”

With her background in biotechnology, Berliner says she’s helped many women get involved in California’s cannabis industry. “I work with a lot of women in healthcare and technology that I’ve bridged into this industry, and it’s really exciting,” she says.

It’s clear many people in California are doing everything they can to make sure the state has a more diverse and inclusive cannabis industry. While it’s still only early days, as more states consider legalization in the coming year and look to the huge economy of California to see how post-prohibition pans out, those same states may also be more likely to focus on the issue of gender, race and ethnic diversity in their own backyards.

Penny adds, “California is a model you can look to, from an industry and business perspective, but of course from a social justice perspective as well.”

The more attention California pays to equity, the more focus this issue is likely to garner nationwide. And Berliner believes that cannabis is an industry where, if given the opportunity, women will truly flourish.

“Women today are prepared to dominate this industry, and have already demonstrated their strength to integrate in what has for so long been a male-dominant industry,” she says. “Women are taking back the power from those who don’t speak for them, and using their own voices to educate and create awareness to their products, brands, services, and so much more, ensuring quality products that are safe and effective.”

Grow Better, Know Better: What Is Explosive Growth And How Do You Get It For Your Cannabis Grow Op?
Vermont Becomes First Grow-Friendly State To Legalize Cannabis Via State Legislature