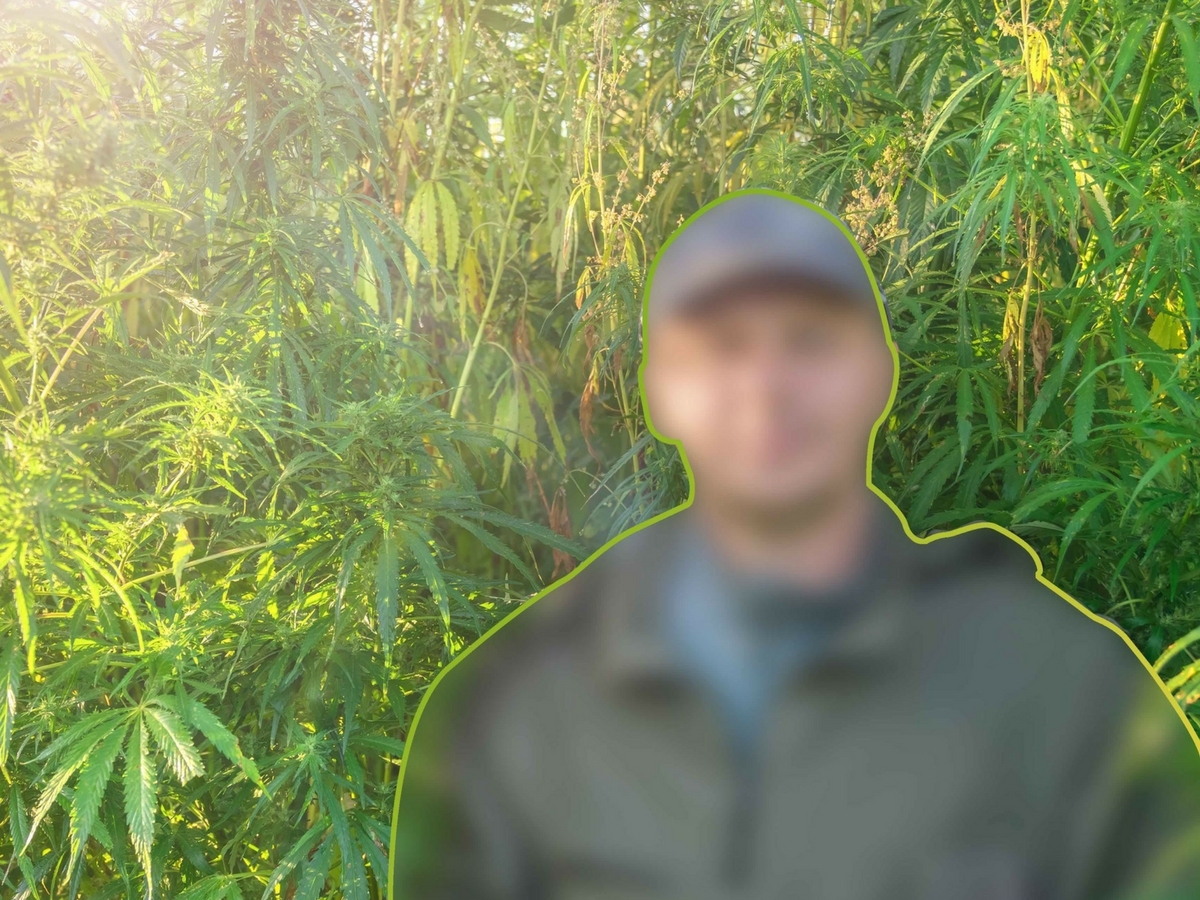 By Million-Dollar Marijuana Grower | Published: May 1, 2018

I’ll admit it: I’m one of those “big-time” black-market cannabis growers the federal government has warned you about and would love to see locked up in prison. But you know what? They’ll never catch me. I’ve been in the marijuana game for 21 years, producing the finest commercially grown weed in the world, and have been on the run a few times. But I was always too fast and too smart for them.

Whether you’re reading this at home on your computer or phone where you have a small cannabis garden, or you’re using dozens of 1000-watt lights in a legal, licensed cannabis factory, you’re likely to find some benefit in my stories. The secrets I’m sharing you can take to the bank. And I mean that, literally.

You’ll notice these aren’t all what’s commonly known as production strains. Some, such as Kali Mist and Neville’s Haze, take so long to finish that as a grower, if you’re only concerned with profits and fast crop cycles, you’ll want to steer well clear of them.

One sign of a professional grower is that they’ll cater to the widest market spectrum, which includes high-end cannabis consumers willing to pay good money for specialty strains. These customers don’t buy regular strains. They want the rarest weed, and I’m happy to grow with them in mind.

What I’m about to share with you is information I used to charge people for, but I’ve made my millions, and it’s time to give back to the cannabis community by sharing my cultivation wisdom with you.

I was working in the agriculture industry long before I started growing cannabis. I knew how to grow corn, soybeans and beets. While that experience helped, it wasn’t enough, because growing marijuana isn’t like growing any other plant. You have to learn a lot and pay close attention to grow this plant properly.

Cannabis is truly one of a kind. No matter what the know-nothings tell you, it doesn’t grow like a weed, you can’t grow it the way you’d grow tomatoes, and most big-box fertilizer brands like Scotts Miracle-Gro simply won’t work when it comes to cultivating your cannabis crop.

Simply stated, cannabis is one of the most difficult crops to grow.

Marijuana is a specialty crop with a wide degree of cultivation variability. You can’t grow different strains the same way, because each one has its own unique preferences based on its genetics. Some genetics, such as those found in Kush and indica strains, originate in cooler landrace climates that are often cloudy and elevated. Other genetics, such as those of Haze sativa, come from the humid tropics. Different strains need different grow-room conditions, food, light and growing schedules, and you’ll want to know that ahead of time so you can adequately plan for it.

Nor do you want to look at growing cannabis as some kind of con game between you and your crop. I’ve met many growers who have a poverty mentality. They think they’re poor and will always be poor, so their whole goal in life is to get by spending as little as possible, to be so DIY that they grow their crop with regular light bulbs dangling on wires, with handmade aluminum foil reflectors, and plants contained in cups or plastic containers with little holes poked in the bottom.

These people somehow believe they’re getting over when they go cheap, like they’re spending a penny on their grow op but by some miraculously magical trick they’ll get rich in this manner.

But that’s not how it works with marijuana growing, where for better or for worse, you’ll get what you pay for. When you invest in the best grow lights, grow space, fertilizers, and equipment to ensure optimal temperature ranges and humidity, you’ll make that money back quickly, because you’ll harvest more buds with higher potency that could potentially sell for higher prices.

For at least the first decade of my growing career, my cultivation education consisted of the few grow books that were available on the market, my previous aggie experience, and hiring botany students as contractors. Back then there were no cannabis-specific grow websites, magazines or YouTube tutorials like you’ll find today.

But what really taught me how to cultivate pot was growing many tons of bud and paying attention to what was happening when I did so. It’s called learning by doing.

I studied my grow ops the way an NFL team studies its post-game videos on a Monday. I spent hours poring over the detailed records I kept, and those that my grow-op subcontractors kept.

For some of my biggest grow ops — the ones housed in barns, remote warehouses, silos, buried railroad cars and mansions — I hired trustworthy computer whizzes who set up data-logging systems to track the temperature, humidity, CO2 levels and light cycles of the grow room.

These systems also track the parts per million (EC) and pH of the nutrients solution, the amount of water I used, and how often hydroponics nutrients irrigation took place.

What I especially like about these systems is how they show me data in graphs and charts, rather than in words and numbers. It’s easier to see and understand the relationships between watering, transpiration, grow-room temperature, CO2 levels, growth rate and humidity when they’re presented visually.

In fact, I discovered some startling details about those relationships. For instance, I noticed that the time of day I watered my crop made a bigger difference in nutrients absorption and evapotranspiration than I’d have ever guessed.

I haven’t figured it out completely yet, but I surmise that cannabis has a circadian rhythm that determines the ups and downs of the crops’ metabolic functions.

I also saw how differences of even a few degrees in temperature or in relative humidity affects vapor pressure deficit, which in turn affects nutrients uptake, plant growth rate, and nutrients solution dosage.

These data sets are what a professional grower uses to determine what may seem to be minor adjustments, yet taken together, such adjustments save you money and time as well as increasing the end weight of your harvests.

Simply by monitoring and analyzing data, I’ve been able to reduce my water, nutrients, electricity and CO2 expenses, while accelerating plant growth rate so that my bloom-phase plants are ready sooner, but have heavier harvests that test higher for cannabinoids and terpenoids.

Look out for my next article, in which I’ll walk you through the process of building out and running massive grow ops.

Strain Spotting: What Spurs Cultivators And Cannabis Brands To Choose The Strains They Sell?
When Lawful Is Awful: Constabulary Clampdowns Causing Carnage In Gray-Area Cannabis Industry