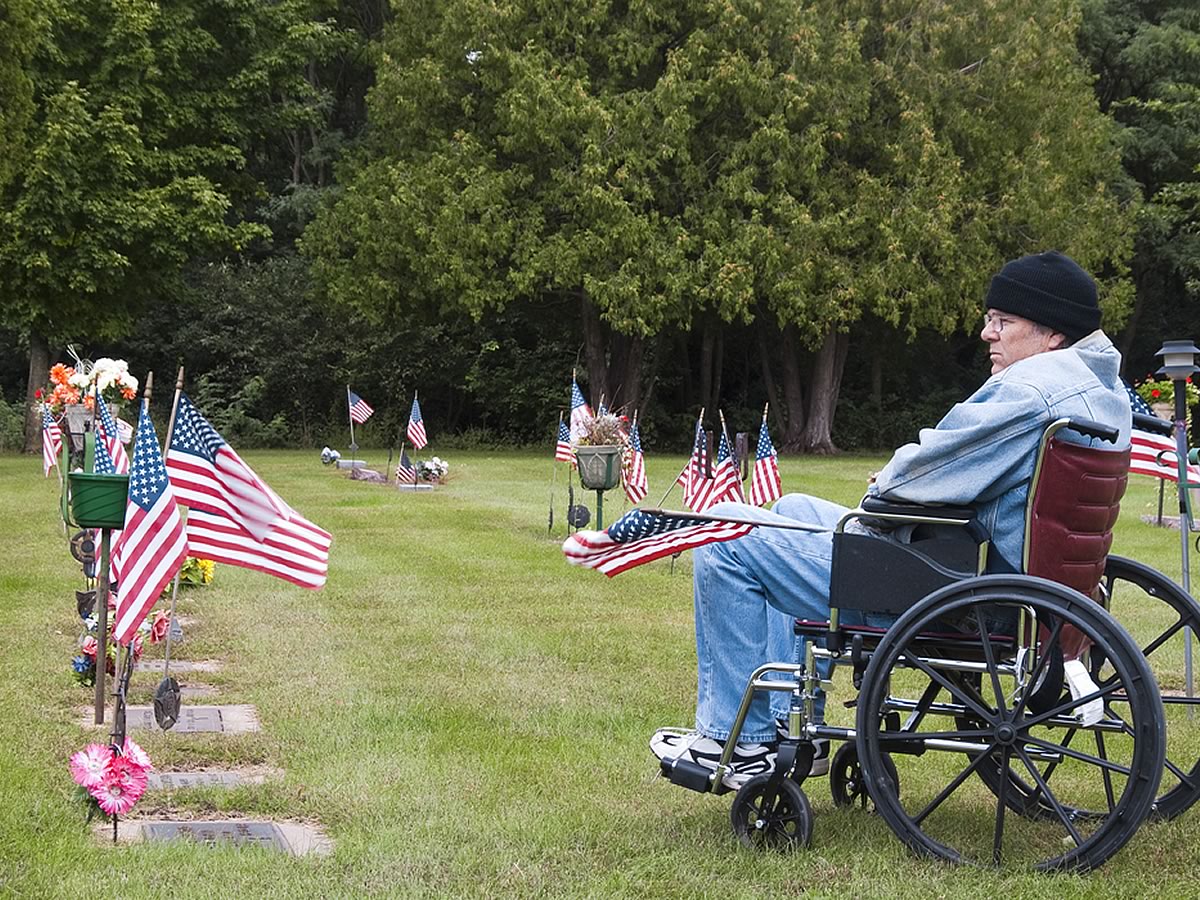 Veterans of America’s wars fight the VA for the right to use medical marijuana.
By Daniel Dharma | Published: June 2, 2015

John Abrams (not his real name) believed George W. Bush when Bush said Iraq had weapons of mass destruction, including nuclear weapons, and that Iraq was involved in 9-11.

He joined the Marines, spending three and a half years in Iraq and one year in Afghanistan.

Abrams was given pharmaceutical drugs and surgery by Department of Veterans Affairs (VA) hospitals and doctors.

Pretty soon, he was addicted to pills, unable to find work, unable to sleep.

His wife left him, complaining he was too disabled and unpleasant to live with.

He asked VA medical staff about marijuana. They told him they were prohibited from discussing its medical uses.

And they warned him that if he continued using marijuana, he could be cut off of his prescription drugs, medical treatments, and other veteran’s benefits… even though the VA’s official policy is that veterans can use medical marijuana if it’s legal in the state where they live.

Abrams got a medical marijuana card and bought an eighth ounce of Bubba Kush at a marijuana dispensary.

From his very first high, he felt unique, near-total relief from his war-related disabilities.

In five weeks, he’d greatly reduced his use of prescription pharmaceuticals and was able to get a good night’s sleep.

As he experimented with making marijuana medibles and concentrates, he realized he needed 2-3 ounces of marijuana per month but it cost $380 an ounce and he couldn’t afford it.

The veteran calculated that growing his own marijuana using a 600-watt light in a 3 X 4 grow tent would produce at least 3-4 pounds of marijuana per year for a total cost of about $65 per ounce.

After reading BigBudsMag.com articles about setting up cannabis grow rooms, choosing strains, and getting the most weight and potency from every crop, he felt confident to set up his marijuana grow op.

He grew strains that perfectly suited his needs, and discovered that growing plants is a wonderful hobby.

The one problem was his paranoia about being caught growing.

He went out of state to a High Times Cannabis Cup, his first-ever marijuana event.

Abrams told Straumietis that he loves growing marijuana, but feels like he might be forced to move to Colorado, Washington, or California so he can grow legally.

He told Straumietis the VA tested him for illegal drugs and warned him he’d tested positive for marijuana.

A compassionate nurse told Abrams “off the record” that the VA censors government medical staff from talking about marijuana’s many benefits.

When Straumietis saw how distressed Abrams and other veterans are because of marijuana prohibition, he started looking for a way to change state marijuana laws so people like Abrams can grow their own marijuana.

“The Marijuana Policy Project (MPP) is sponsoring a cannabis ballot initiative that would legalize small-scale Arizona marijuana growing for recreational and medical purposes if voters pass it in 2016,” Straumietis says. “Advanced Nutrients contributed $50,000 to MPP’s Arizona legalization efforts and $50,000 to overall MPP efforts. People who fought to defend our freedoms should certainly be free to grow their own meds. Everyone should be free to grow this amazing plant.”

Straumieitis calls it “outrageous that the VA blocks federal medical personnel from informing soldiers that marijuana works better than pharmaceuticals and surgery for some conditions.”

“But there is good news,” Straumietis says. “Some members of Congress introduced legislation allowing veterans to use medical cannabis without fear of VA reprisals in states where medical marijuana is legal.”

“If this becomes law, doctors at VA hospitals in medical marijuana states will be allowed to provide recommendations for marijuana,” Straumietis says. “This will help tens of thousands of injured war veterans who need to grow and use marijuana.”

Straumietis says there are other proposed federal changes, including government facilitation of marijuana research, and reclassifying marijuana so it’s not grouped with heroin in the DEA’s “schedule” of drugs.

“I’d be dead if it wasn’t for marijuana. I faced violence and death when I was a soldier,” he explains. “I’m not going to let a law, or the VA, get between me and my medicine.”

Using Vaporizer Temperatures to Select Cannabinoids & Enhance Your Marijuana High
How, Why, & When to Transplant Marijuana Plants, Part 2