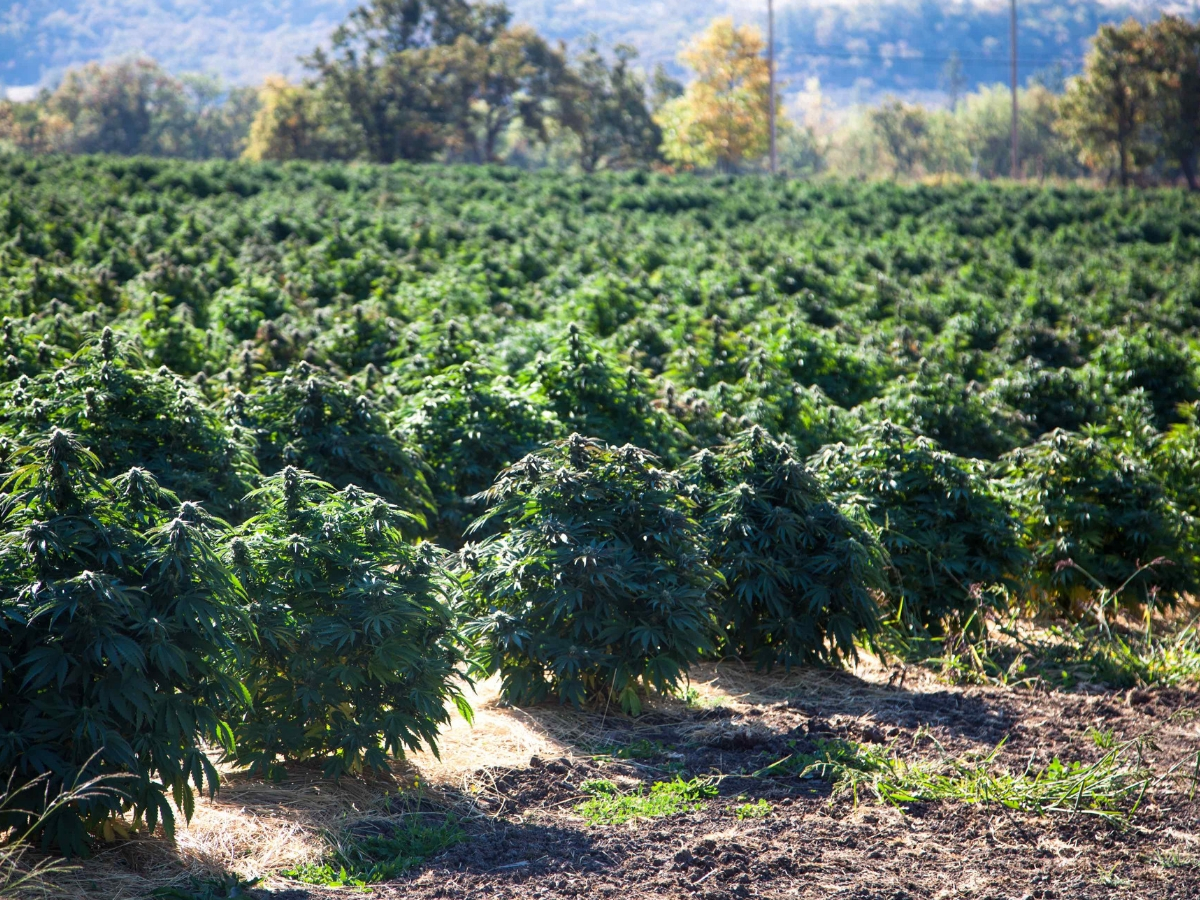 Hemp has gotten incredibly popular in the past decade. As more US states legalize recreational cannabis, more people are learning about therapeutic cannabinoids such as CBD. But many consumers still have misconceptions about what CBD is and its legality, particularly the difference between hemp-derived and cannabis-derived products.

In this two-part series, we investigate why hemp businesses have been raided by authorities throughout the United States. In Part One, we explore the risks hemp business owners face in rural areas following the raid of a truck off a highway in Idaho, plus the raid of a CBD storefront in small-town Nebraska.

“We were absolutely shocked and humiliated at what happened, especially as other places in the state continue to operate with no harassment,” Dreyson Beguin, co-owner of a CBD business that got raided this past winter, tells Big Buds. “The case has been dropped, but this has inconvenienced our town considerably since we’ve been, until now, unable to help our customers.”

Mother and son duo Heather and Dreyson Beguin opened the CBD shop KB Natural Alternatives in Scottsbluff, Nebraska — a small town about an hour’s drive from the Colorado border — on December 13, 2018. The following day, their store was raided by local police and they were both arrested, reports the Lincoln Journal Star. The so-called drug-dealing charges have since been dropped. A similar incident occurred at a storefront in Bellevue on the other side of the state — in the suburbs of Omaha, the state’s most populated city — according to the Omaha World-Herald.

But it’s not just happening near the small border towns. In Boise, Idaho, a truck transporting nearly 7,000 pounds of industrial hemp from Oregon to Colorado was stopped by Idaho State Police on January 24, 2019. Local outlets reported the incident as an illicit cannabis bust, quoted police reports, and even reported the truck driver’s legal records without even mentioning the name of the business the driver worked for. According to the Associated Press, the company, Big Sky Scientific, has since filed a lawsuit against the Idaho State Police and Ada County, stressing that its supply was industrial hemp, which is federally protected and legal. KBOI-TV CBS 2 reported the judge has since denied to release the product that was seized by law enforcement.

As CBD use becomes more widespread, even in areas that aren’t 420-friendly, hemp’s criminalization has once again resurfaced. Although, unlike cannabis, the plant doesn’t blossom flowers for THC extraction; the myth that hemp and cannabis are interchangeable goes back decades in American history.

Following the Reefer Madness era of anti-pot propaganda, hemp was first outlawed under the Marihuana Tax Act of 1937. Many historians have argued the law was part of a larger “hemp conspiracy” involving the first-ever mass-media newspaper publisher William Randolph Hearst, former US Secretary of the Treasury Andrew Mellon, and the influential Du Pont family. In NAFTA & Neocolonialism, authors Laurence French and Magdaleno Manzanárez suggest that major stakeholders in such industries as paper (i.e., Hearst) and nylon (i.e., Mellon as an investor and Du Pont as a manufacturer) saw hemp as a threat.

However, the 2018 Farm Bill recently declassified hemp as a Schedule I drug alongside the likes of heroin, LSD and ecstasy under the Controlled Substances Act of 1970 — making the crop more accessible in the US. Despite these new protections, hemp raids are still happening across the country — but not without companies responding with lawsuits for punitive damages.

Although prosecutors canned the Scottsbluff case, the arrest does create an unsettling precedent for other hemp business owners in rural areas. Even though businesses might not end up criminalized after all, it’s an alarming and precarious climate to work in if you’re at any risk of a raid. After all, the intrusion of law enforcement will close your business and likely require financial costs related to legal fees.

According to agricultural lawyer Jillian Hishaw, CBD raids are still common, even under the Farm Bill, because states, including their district attorneys, are still prosecuting under the incorrect assumption that hemp is cannabis. She attributes this to rural emergency personnel, including police and fire departments, being too short staffed and underfunded to invest in education of how to properly handle these situations.

“I think that a lot of these county [district attorneys] are just focusing on state law from the past. When you read the articles, you read the quotes, they’re saying, ‘Oh, well under the state, it’s illegal,’” Hishaw adds. “County DAs need to realize precedents. Federal laws have precedence over state laws. This is a federal law.”

Since businesses face criminalization despite being protected under national policy, there are a few ways to further protect yourself when the police sirens begin to wail. Hishaw stresses providing documentation as well as maintaining a route on main interstates for those who are transporting product.

“Give the trucker a copy of the lab test and I would also attach a document stating that the lab is registered and certified under the state Department of Agriculture with a seal,” she elaborates. “Another thing is that I would try to keep the route on main highways, even if it was a little bit extra in fuel and mileage.”

Store owners can also practice recordkeeping to defend themselves, but Beguin stresses the importance of research and community.

“When it comes to advice for other store owners, I would say that we need to keep our head up and continue fighting for what we know is legal and ethically correct,” explains Beguin. “Do your research, make sure you offer the best product available for your customers, and most importantly, make yourself a part of your own community. Support comes from family, friends and neighbors.”

Additionally, Hishaw advises business owners to conduct deals within their region “for now,” since surrounding states without legalization, not even medical marijuana policies in place, are likely going to be less flexible in regard to hemp.

It’s also important to communicate and air concerns to local representatives. Fortunately, both Idaho and Nebraska have since introduced legislation in their respective statehouses relevant to the two major raids.

Earlier this month, Idaho representatives Caroline Nilsson Troy and Dorothy Moon — both Republicans — introduced a new bill to the House Agricultural Affairs Committee, The Spokesman-Review reports. The legislation will not only legalize hemp throughout the state, but will also remove hemp from the state’s Schedule I controlled substances list.

In Nebraska, state legislators have since brought forward legislation that would potentially protect businesses like the Beguins’, in addition to the Farm Bill. The Omaha World-Herald reported in January that Senator Steve Lathrop introduced a bill to legalize industrial hemp, following prosecutors in Sarpy and Scotts Bluff counties demanding lawmakers clarify the state’s drug policy.

The fine print of both states’ bills allows only hemp that contains less than .3 percent tetrahydrocannabinol, or THC, which is identical to the standards in the Farm Bill. However, neither texts will legalize any type of cannabis — so there’s plenty of fighting still left to be done.

For Patients Seeking Access To Medical Cannabis, Oklahoma Is OK
Don’t Let There Be Light! Top Tips On How To Do Light Deprivation Right