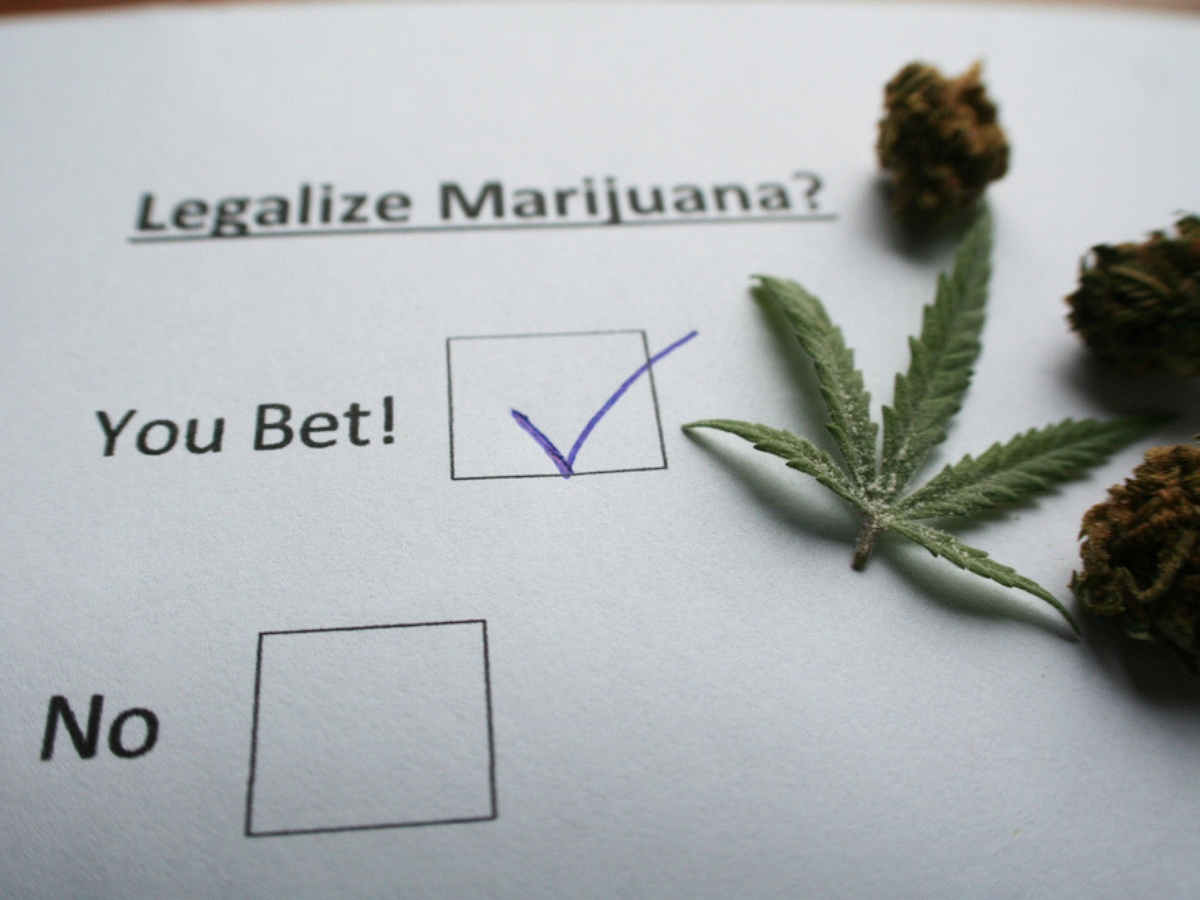 On Tuesday, cannabis advocates across the USA hit the polls to vote on cannabis ballot initiatives as well as pro-pot candidates. As with any election, there were winners and there were losers — here’s a look at who strutted home victorious, and who trudged home a failure.

Michigan became the first state in the Midwest region — and the 10th in the entire country, aside from Washington, DC — to legalize recreational cannabis. The state’s Proposal 1 legalizes, taxes, and regulates the consumption, purchase, and cultivation of cannabis and infused edibles for those aged 21 years and over.

“Western and northeastern states have led the way on legalizing marijuana, but the victory in Michigan powerfully demonstrates the national reach of this movement,” said Maria McFarland Sánchez-Moreno, executive director of the Drug Policy Alliance, in a press release. “With such overwhelming public support for marijuana legalization, even including majorities of Republicans and older Americans, there’s only so long that the federal government can continue to hold out.”

Missouri became the 31st US state to approve medical cannabis legislation. The state voted on three different medical marijuana questions: Amendment 2, Amendment 3 and Proposition C. Of the three, it was Amendment 2 that passed, which was the only one endorsed by the National Organization for the Reform of Marijuana Laws (NORML). Amendment 2 permits patients, at the discretion of a physician, to obtain cannabis and cannabis-infused products from licensed facilities. It also permits home growing if patients first obtain a state card, and creates regulations and licensing procedures for cannabis cultivation and production facilities.

“Thanks to the unflagging efforts of patients and advocates, Missourians who could benefit from medical marijuana will soon be able to use it without fear of being treated like criminals,” said Matthew Schweich, deputy director of the Marijuana Policy Project. “We hope lawmakers will implement the measure efficiently and effectively to ensure qualified patients can gain access to their medicine as soon as possible.”

Meanwhile, in Utah, Proposition 2 passed, making the Beehive State the 32nd to legalize medical marijuana. According to multiple reports, more than 53 percent of voters there said yes to weed, even though the state’s dominant Church of Jesus Christ of Latter-day Saints has long said no.

NORML political director Justin Strekal said in a press release, “It is our hope that Utah’s politicians will respect the will of the electorate and move swiftly to enact The Utah Medical Cannabis Act in a manner that comports with both the spirit of the law and the letter of law.”

Although this year’s midterms weren’t nearly as devastating as the 2016 presidential election, there were some hard mishaps as caveats to the groundbreaking victories. In North Dakota, the propaganda war won on the state’s Measure 3 initiative, which would have legalized recreational cannabis for adults. Measure 3 was defeated by a wide margin of 59.5 percent of opposing voters, according to The New York Times.

While it isn’t directly related to cannabis, the Drug Policy Alliance also reports that Florida voters passed a historic measure to fight back against voter suppression and ultimately “restore the vote to over 1.4 million people with past felony convictions upon completion of their sentences, except for those convicted of murder or a felony sexual offense.” As in most other states in the US, drug possession is still classified as a felony in the Sunshine State.

“The public has long believed that drug use should be treated as a health issue, not as a criminal issue,” emphasized McFarland. “It’s encouraging to see so many political candidates finally getting on board. The momentum to end the drug war took a significant leap forward today.”

In Austria, The Hills Are Alive — With The Sound Of Marijuana Regulation Rollback
Will Thailand Become The First Nation In Asia To Legalize Cannabis?